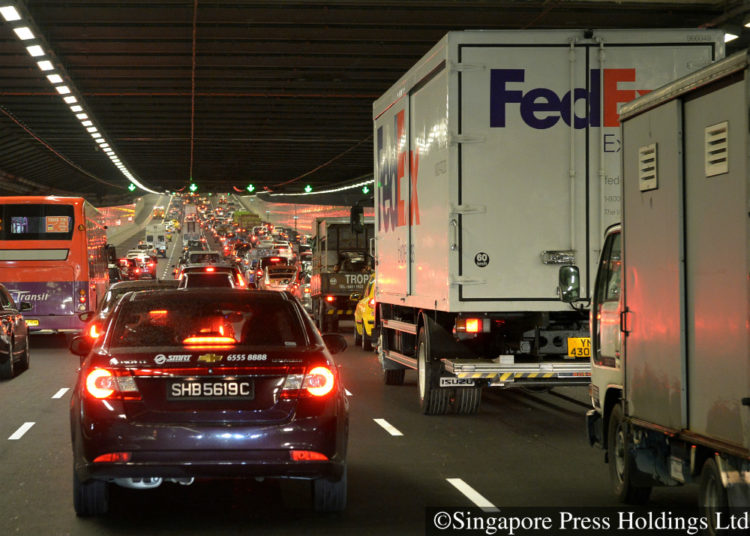 Traffic congestion seen along the Marina Coastal Expressway on 30 December 2013. Traffic snarls are caused by a combination of factors, including motorists driving more carefully and not taking the most appropriate routes.

A water-mist fire-fighting system will be installed in the tunnels of the Central Expressway (CTE) and the Kallang-Paya Lebar Expressway (KPE) by 2022, as an additional safety measure to protect drivers.

Replying to queries from The Straits Times, the Land Transport Authority (LTA) said yesterday that this is to ensure fire safety measures for both expressways are updated in accordance with the latest international standards, under the National Fire Protection Association, a global non-profit organisation.

A tender for the water-mist fire protection system was called on Aug 29 when, coincidentally, a taxi caught fire in the KPE tunnel in the evening, triggering an evacuation.

The LTA said feasibility studies and a review of existing fire protection measures for the KPE and CTE were conducted before calling the tender, to ensure that the new systems can be smoothly incorporated with the existing ones.

Both the CTE and KPE tunnels have fibre-optic heat detectors, air-monitoring sensors and ventilation fans, the spokesman said. Fire extinguishers and fire hoses are also located every 50m.

These were in accordance with international standards, when the CTE and KPE were constructed in 1991 and 2007, respectively. Road tunnels built recently, such as the Marina Coastal Expressway, which opened in 2013, have overhead sprinkler systems.

Mr Bernard Tay, president of the Automobile Association of Singapore, said the installation is timely, given the rising number of vehicle fires. There were 236 cases last year, a jump of about 19 percent from 199 in 2015.

Engineer Au Kow Liong of The Institution of Engineers, Singapore (IES) said a water-mist fire protection system works in a similar way to a conventional sprinkler, except that water is sprayed down in mist form under very high pressure.

While this may not be as effective due to the lower density of water sprayed, Mr Au, an IES mechanical and electrical engineering technical committee member, said water mist could be more suitable for a vehicular tunnel, taking into consideration the safety of road users as well.

Mr Leong Kok Hoe, director of BlazeCut Singapore, a firm that supplies fire suppression products, said: “Car fires typically originate in the engine compartment, which is covered by the bonnet. The water mist will have to be targeted enough, instead of simply raining down water.”

Marketing manager Jackson Chong, 31, said of the additional fire-fighting measure: “Should a fire occur, there won’t be precious time wasted waiting for first responders, who might be held up by traffic. The KPE fire has highlighted the need for this.” 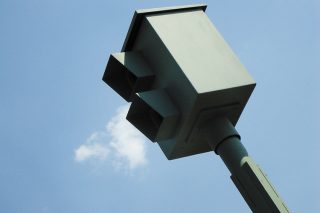 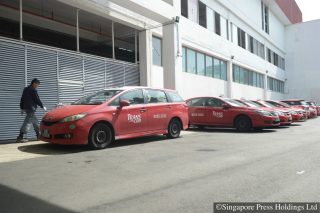