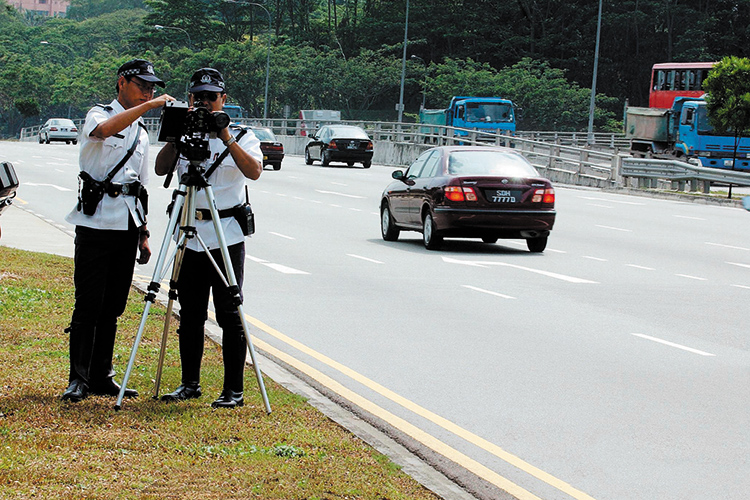 Speed cameras are a must for enforcement, because of all the different types of traffic offences committed by motorists everywhere in the world, speeding surely tops the list of the most commonly flouted rules.

Every driver on earth exceeds the posted speed limit, usually several times on a single journey.

This is not necessarily for the purpose of short-term thrills, with the incidence of speeding in most cases being inadvertent and over very short distances.

It happens, for example, when accelerating to pass another vehicle, merging with traffic while entering a highway, or even coasting downhill.

Just as it is all so easy to exceed the speed limit, the Traffic Police do have a difficult task enforcing the rule.

In the early days, cops on police motorcycles had to follow, hopefully unnoticed, the speeding vehicle for a minimum specified distance before they could lock-in the speedometer reading as the register of proof.

It required the law enforcer to possess a certain level of judgment and experience to get things right. 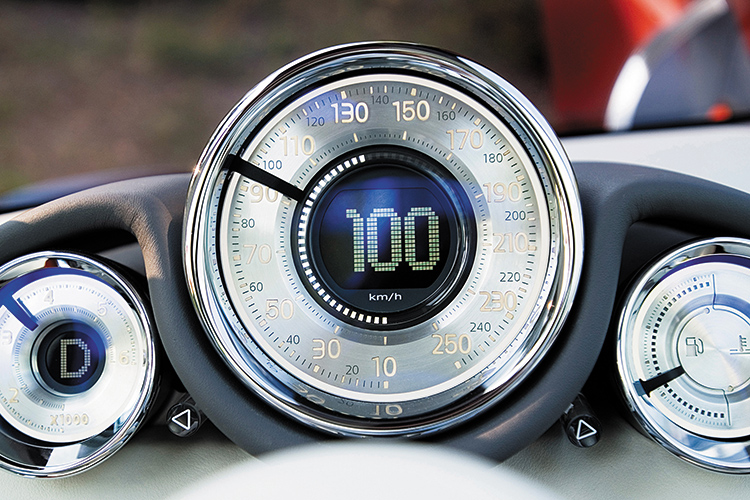 In any case, it was near impossible to monitor a vehicle travelling at around 10km/h above the speed limit, especially if the velocity was constantly varying.

The first speed cameras or speed-detecting devices ever used anywhere was the radar gun, which had its baptism of “fire” with the American Highway Patrol more than 50 years ago.

Like the radar systems used by the military or in commercial aviation, the cops’ speed checker sends out electromagnetic radio waves.

These hit the moving vehicle in the enforcement zone and are reflected and subsequently collected by the receiver of the radar gun.

The waveform that returns varies because the reflecting object – in this case a vehicle – is moving.

Inside the radar gun, the receiver’s electronics convert the changing frequency and wavelength into road speed that is displayed on the screen.

Radio waves travel at around 1200km/h, so all this transmitting and receiving and analysing merely takes a couple of seconds or so. 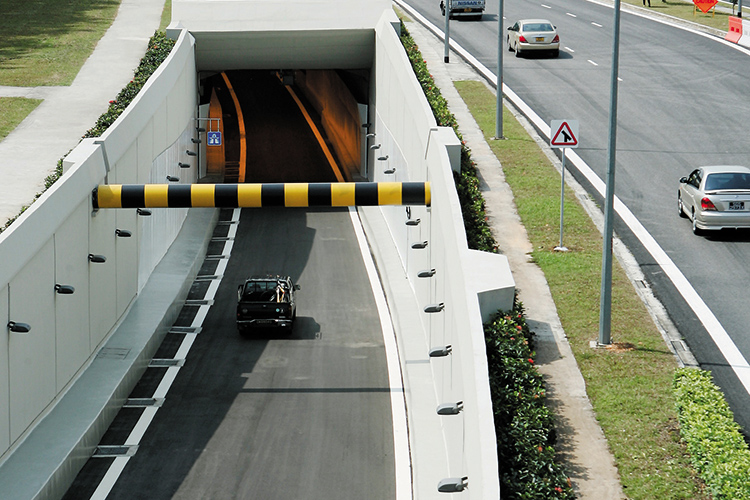 The radar speed detector has been employed by Singapore’s Traffic Police since the ’60s, when the system had to be transported to a location where a temporary post was set up and the gun mounted on a tripod and pointed at oncoming traffic.

The speeding vehicle was then flagged down about a kilometre away.

Though this method is still used sometimes, speed cameras are now increasingly left to fixed roadside apparatus (mostly along expressways) and hand-held speed detectors, both systems equipped with integral cameras.

The latest speed cameras are actually laser speed detectors, which operate on light signals instead of the radio signals that the radar uses.

These high-tech laser guns are compact, can be carried around easily and require no paraphernalia to deploy and start shooting.

The radar-based stationary speed cameras that you see on our expressways use photographic film to capture the image of the speeding vehicle.

Naturally, once the film is all used up, the exposed film has to be manually retrieved and replaced with a fresh roll. 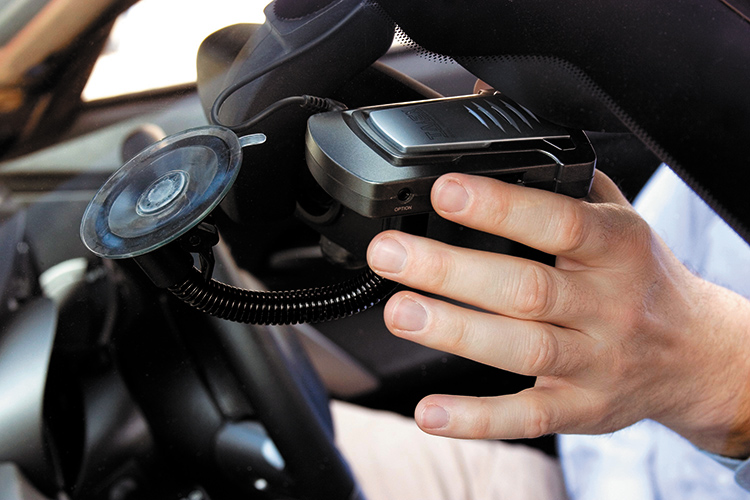 Although the average motorist is not likely to know it, once out of film, these speed cameras are unable to record any speedster even if the radar detects it.

Not surprisingly, the newest speed cameras, whether laser or radar, are combined with digital technology.

What we have in our KPE tunnel are 10 of these digicams.

Being digital means that these speed cameras never run out of film, require no processing and do not run the risk of defective film. Also, speeding tickets can be issued within a few days of the offence.

The new laser speed cameras are highly accurate and those in the KPE have been expanding their portfolio of speeding motor vehicles. One reason for this is the KPE’s blanket speed limit of 80km/h (it used to be 70km/h, and still is along certain stretches).

Apparently, it will stay that way because according to the LTA, the 12km tunnel needs strict speed enforcement and stringent monitoring in order to maintain smooth traffic flow and avoid accidents that could result in fires or explosions.

In such a long underground roadway, that could be disastrous. The accuracy of the laser guns also means that the trigger setting need not be wide off the posted limit. 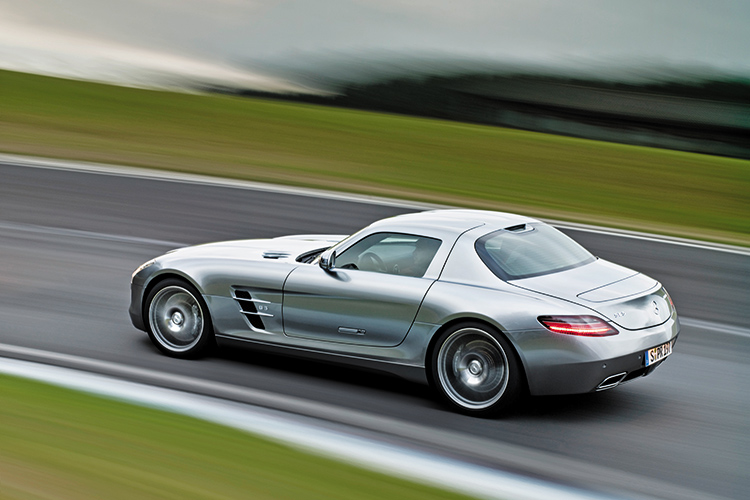 Eventually, all the old film-based speed cameras in Singapore will be replaced with laser and digital zappers.

A similar replacement exercise for all the 269 red light cameras throughout the island will also take place in stages.

Once completed, there will be no chance for any offender to run a red light at a junction and get away with it because the camera ran out of film.

In theory, these new devices could transmit all data collected to the Traffic Police headquarters directly and immediately.

It could also be controlled remotely so that if the traffic monitoring system advises lower speeds due to congestion or lane closure, triggering speeds on the cameras could be lowered from the command centre.

The portable speed cameras, in the meantime, will continue their rounds in areas not covered by the permanent cameras.

So, keep smiling – you never know when these speed cameras will appear under a nearby tree, overhead on a pedestrian bridge or somewhere beside a bush. 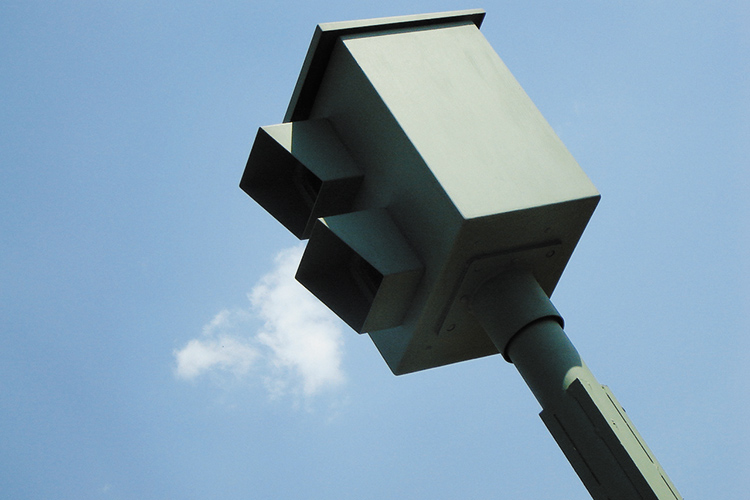 Curb speeding giants on the roads