The Zenvo TSR-S is the first car to receive full fragmented carbon fibre wheels. They have been designed, developed and built in-house by Zenvo. 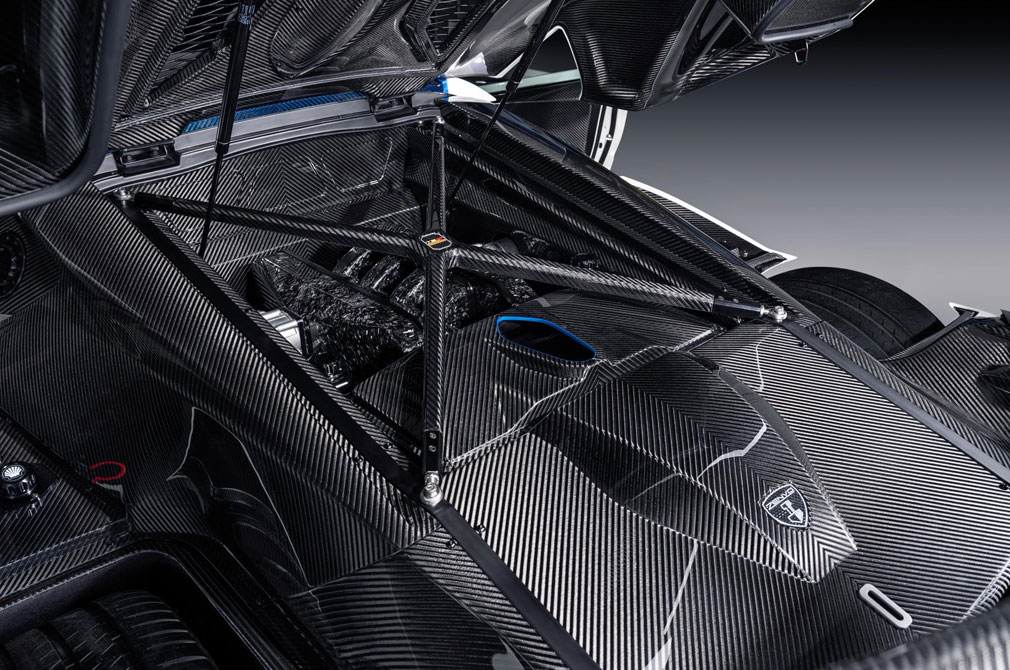 The Zenvo TSR-S is capable of completing the zero to 100km/h sprint in just 2.8 seconds. With Zenvo production limited to five cars per year, exclusivity is guaranteed.

The track-focused car is said to follow Danish design ideals of innovation and creativity. Take for example the geometric pattern carbon fibre visible within the blue tinted central stripe.

It is a further evolution of Zenvo’s carbon fibre technology and personalisation options. 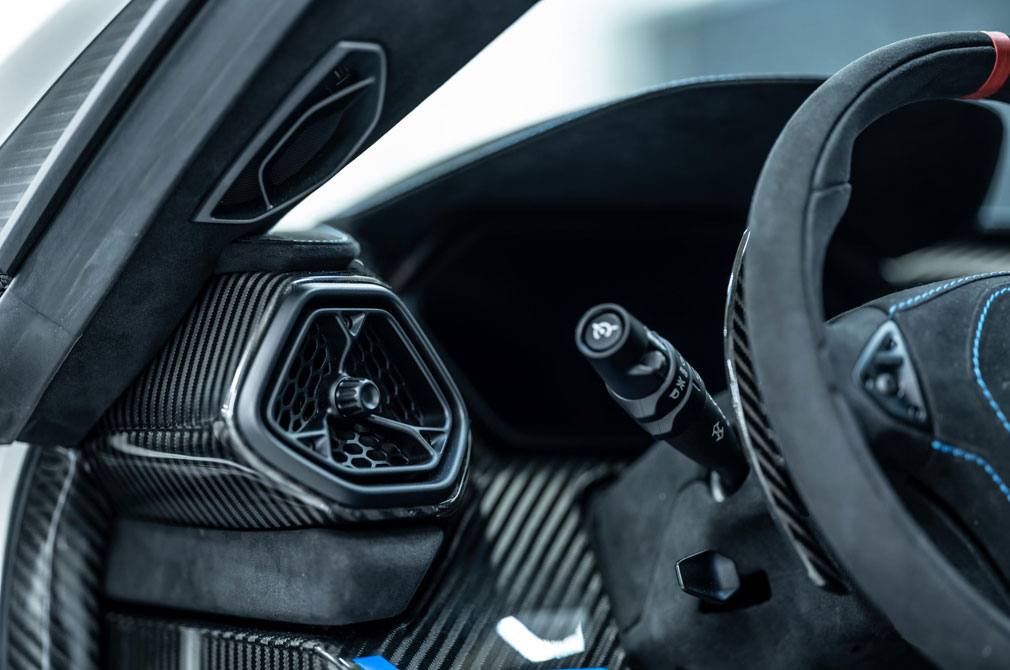 This technique has also been used on the exposed carbon fibre side pods, and sport the Zenvo logo emblazoned within the material in an opposing herringbone pattern.

The new weave patterns in the TSR-S can be tailored to the client’s specification. They are formed within the carbon fibre which is hand-laid by Zenvo’s craftsmen. 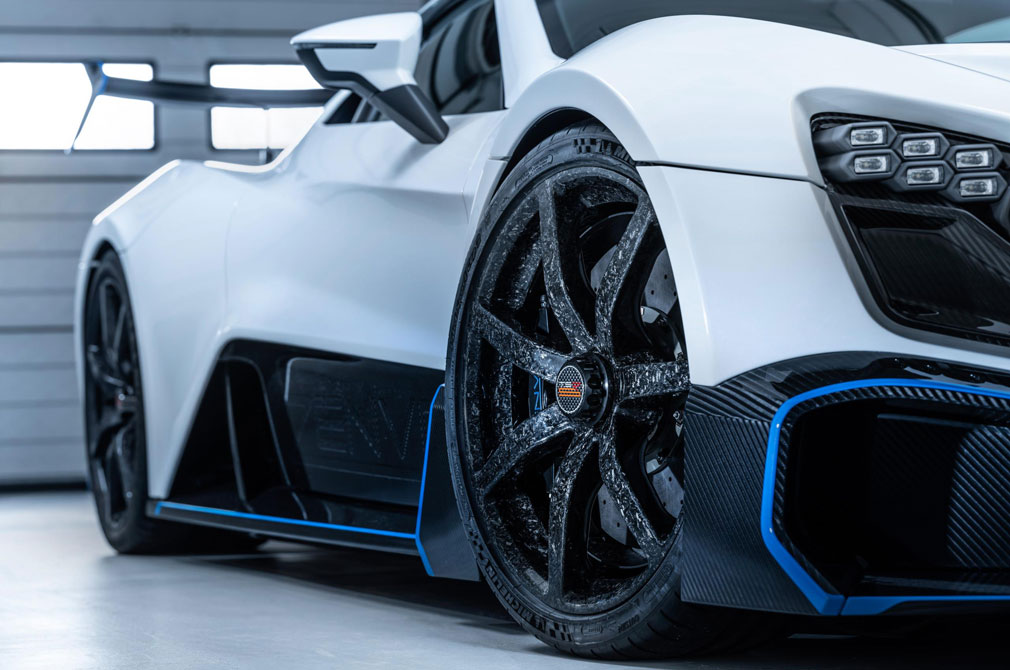 Also hand-built are the fragmented carbon wheels. Each minute fragment is hand-cut and layered to create the special finish. These wheels weigh some 15kg less than the aluminium variants.

As with all carbon fibre work at Zenvo, the components are created in-house using a combination of cutting-edge technology and human craftsmanship.

Each wheel takes two technicians roughly one week to create. All visible carbon on the car can be colour tinted, including the wheels, and clients can specify individual sections in differing carbon finishes.