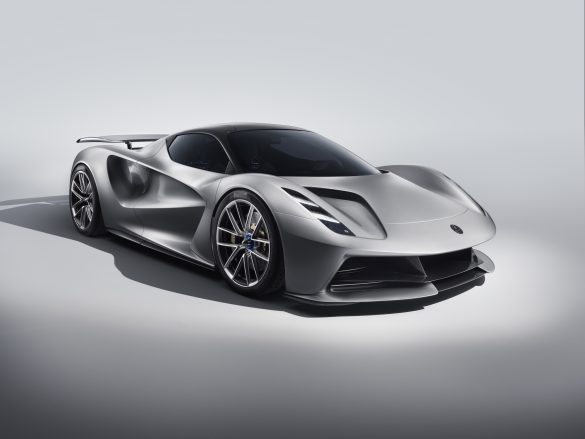 The Lotus Evija hypercar comes with 1972hp. What more do you want? 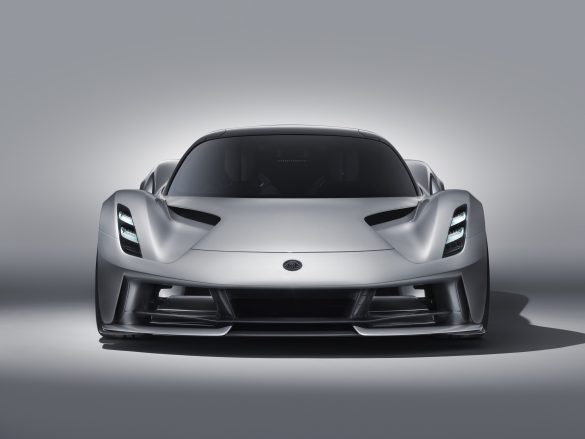 Mr Popham described it as a bold statement of intent from the iconic British company, underlining its ambition under Chinese automaker Geely’s stewardship.

“Evija will re-establish Lotus as a leader in terms of engineering and design. It is a hypercar that is built ‘For The Drivers’,” Mr Popham asserted. 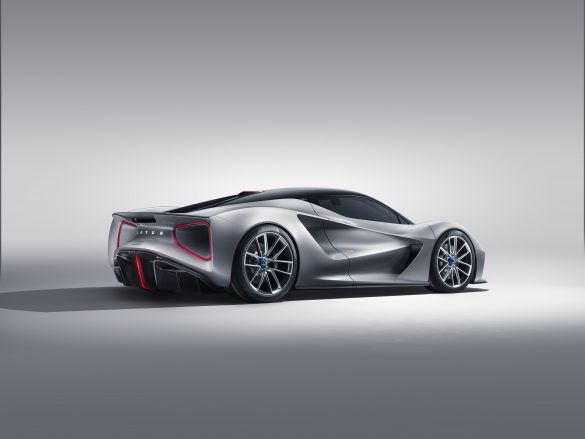 The rear of the Lotus Evija.

What you need to know about the Lotus Evija

Simply put, Lotus aims for the Evija to be the world’s most powerful production car.

It will also most likely make its way to Singapore.

But ‘production’ takes on a more nebulous meaning here as the Evija will be limited to only 130 examples, no more.

But it doesn’t detract from its frankly insane performance figures. 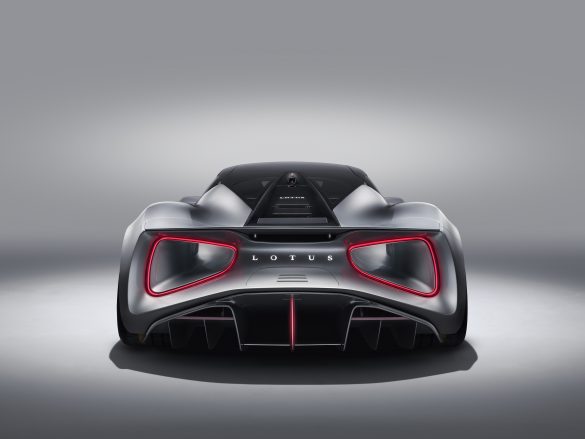 Lotus aims for the Evija to produce 2000ps (1972hp) and 1700Nm of torque, propelled by a 70kWh battery developed by Williams Advanced Engineering.

That beats the already-insane Bugatti La Voiture Noire hypercar, which “only” develops 1479hp.

The battery pack is mounted centrally behind the passenger compartment and will be visible through the glass rear screen.

All these combined to the push the Lotus Evija to 100km/h in “under three seconds” while the top speed is “in excess” of 340km/h.

They measure a mere 100mm in depth and each gearbox comes packaged with the e-motor and inverter as a single cylindrical Electrical Drive Unit (EDU).

With a target power of 500PS (493hp) per e-motor, Lotus says this is the “most efficient and elegant engineering solution” to precisely deploying so much power.

Torque-vectoring, enabled by the four e-motors, provides “exceptional dynamic response and agility” on the road.

The system can instantly distribute power to any combination of two, three or four wheels extremely quickly.

In Track mode the ability to add more power to individual wheels enables the radius of corners to be tightened, potentially shaving lap times.

That top speed might have something to do with the all-carbon-fibre body that the Evija will sport. 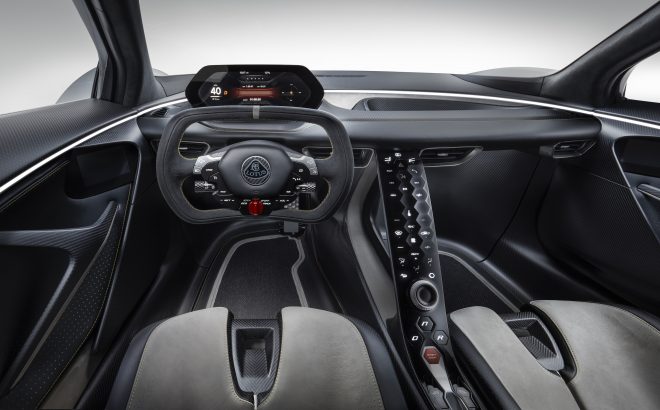 The interior of the Lotus Evija is straight out from science fiction.

The first Lotus to get a full carbon-fibre chassis, it’s moulded as a single piece for exceptional strength, rigidity and safety with the full length of the underside sculpted to optimise downforce.

It includes an integrated air diffuser which extends from under the B-pillars to the rear.

Meanwhile, there is an active rear spoiler that elevates from its resting position flush to the upper bodywork and an F1-style Drag Reduction System (DRS) too. 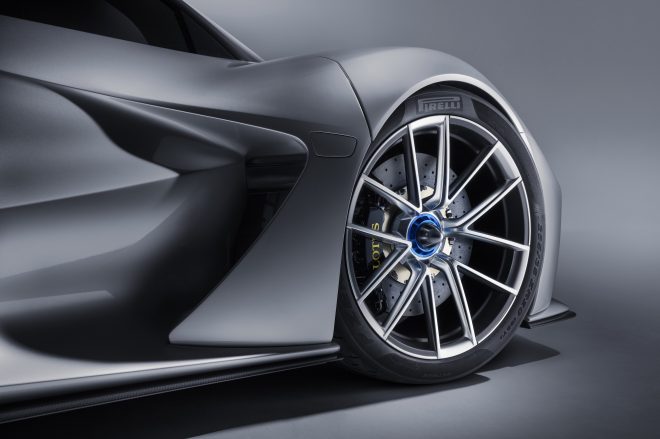 The Lotus Evija is been designed and engineered at Lotus’ historic home in Hethel, UK, and production will begin in a new dedicated on-site manufacturing facility in 2020.

A maximum of 130 units will be built, sold directly to customers by Lotus.

Plans to service and maintain the car for each owner are currently in development.

If you really, really want to, a £250,000 deposit secures a production slot. Order books are now open through www.lotuscars.com.