2012 Audi A5 Sportback is a new supercharged kit on the block | Torque
Loading posts...
0 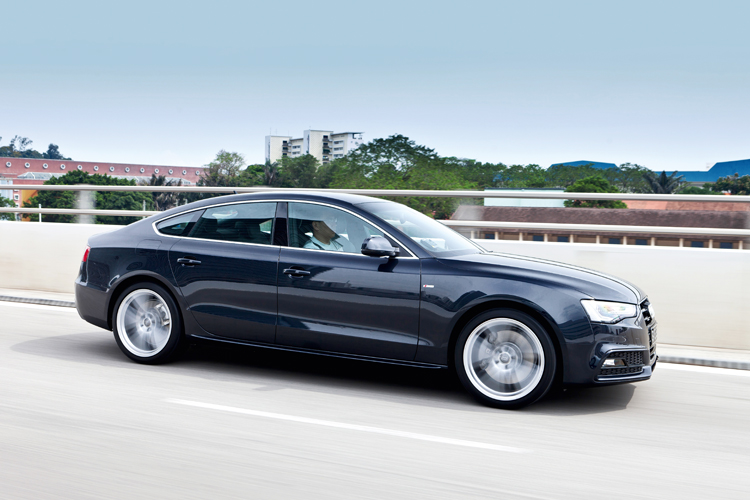 The Audi A5 Sportback as seen from the side.

We are happy to report that the designers in charge of the A5 Sportback’s recent facelift stuck to the “if it ain’t broke, don’t fix it” mantra. Almost all the re-profiling was confined to the car’s nose, with fresh features including trapezoidal foglights, more “menacing” headlights and daytime running lights encircling the latter.

Even the trademark single-frame grille has had its top corners “lopped off” and now looks similar to the ones on the marque’s newer models.

Our test car is propelled by Audi’s excellent 3-litre V6 supercharged powerplant. The vehicle is now the top-of-the-line offering in the A5 Sportback range (excluding the S5 model), superseding the 3.2-litre V6 naturally aspirated engine that works in tandem with a 6-speed Tiptronic automatic transmission. 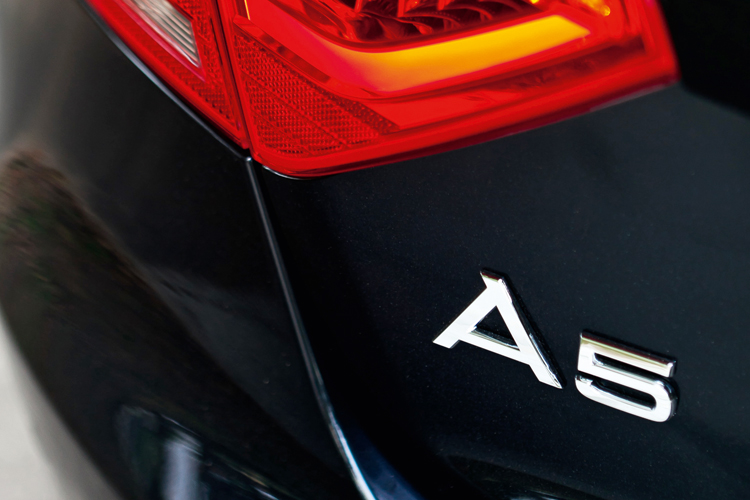 The badge of the Audi A5 Sportback.

Power is rated at 272bhp and 400Nm, trumping the 3.2-litre’s 265bhp and 300Nm. Mated to a dual-clutch gearbox, with seven forward cogs and quattro four-wheel-drive, the A5 Sportback is never going to be left behind in any traffic-light dash situation. Zero to 100km/h flies past in 6 seconds flat.

Despite being on the road for only 120km, our test car’s motor does not feel as “tight” as expected. It pulls willingly, with only the slightest bit of “breathlessness” experienced near redline. Despite the higher outputs (than the 3.2), the engine consumes less petrol. This is no doubt helped by the start-stop function that is now standard on all A5 variants.

Inside, a few tweaks, some for vanity and others for ergonomics, have been implemented. Chrome details are more evident around the switchgear and the use of piano black on the dash makes the environment classier. 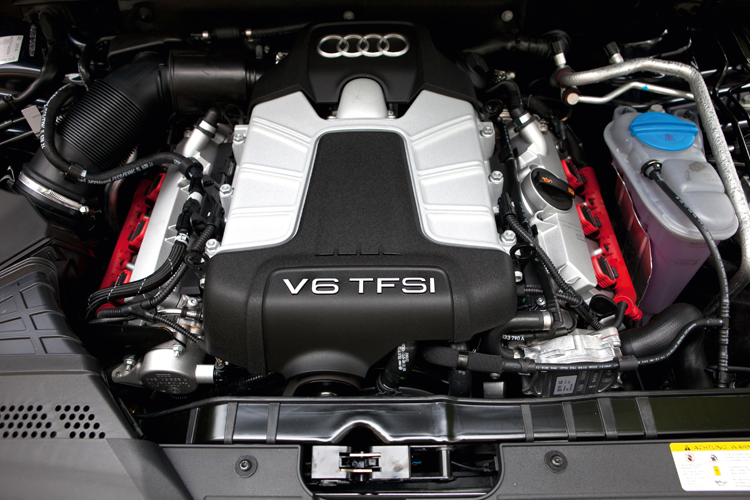 The knob-like gear lever has been replaced by a T-shaped one; also new is the control plate for the MMI system, which now sports fewer buttons and a less cluttered layout. A useful “skip” function can be activated via the volume knob, by toggling it side-to-side (just as you would a joystick).

Selection of Audi’s proprietary Drive Select has also been simplified. Where there used to be one button for each mode, only one exists now. Depress it and the mode changes. Selection can also be performed via the scroll wheel mounted on the left-hand-side of the steering wheel, after the Drive Select button is pushed once. In line with the car’s added focus on fuel economy and lower emissions, Drive Select now features an “efficiency” mode as well.

Punchier, faster yet more frugal than its predecessor, while looking even more handsome, the A5 Sportback 3.0 is a must for the aspiring Audi owner who doesn’t want to splurge on the more expensive S5 model. 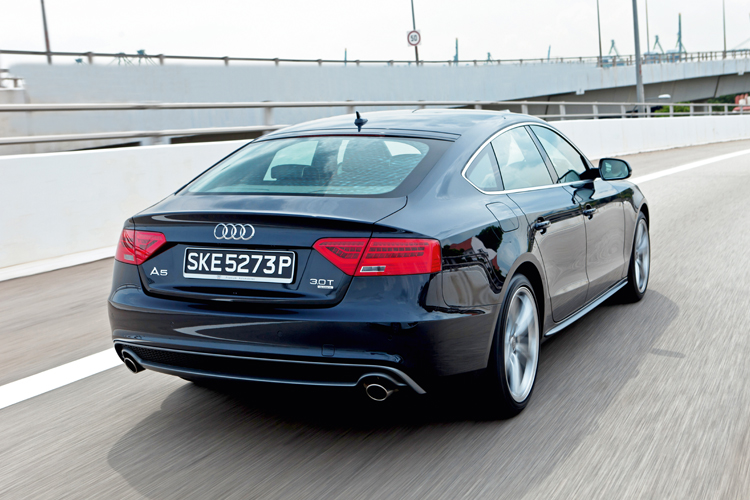 The Audi A5 Sportback as seen from the rear.

Check out the 2018 Audi A5 Sportback here