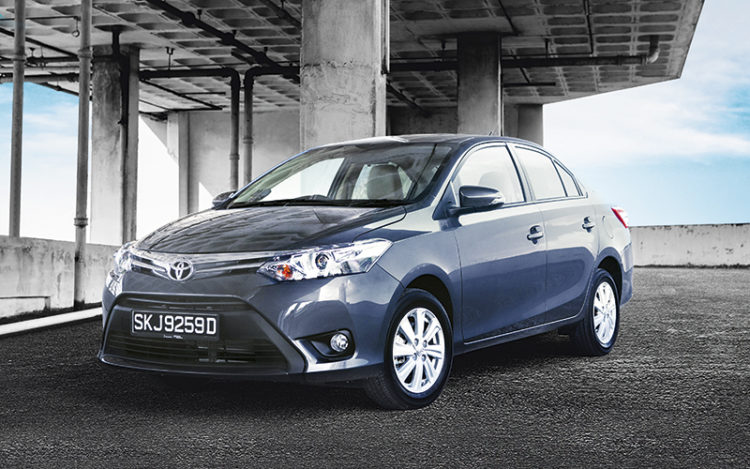 Made in Thailand (with a thousand smiles) for Asian motorists on a shoestring, the Vios has been one of Toyota’s greatest hits in our region. Singaporeans, for instance, bought more than 11,000 units of the previous model and over 22,000 units of the model before that.

But costly COEs since early 2012 have torpedoed the Vios’ value-for-money proposition. When the price of a category a COE alone costs the same or more than the whole car did just a few years ago, it’s no longer a budget buy. 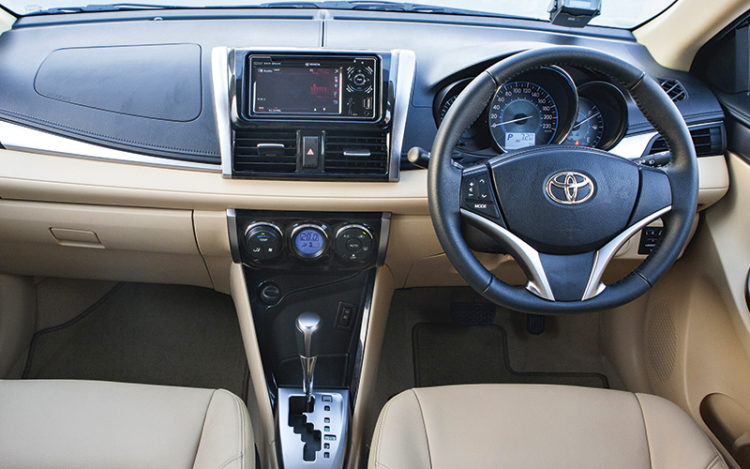 It’s comfortable enough and the amenities are acceptable, but the Vios “hoteliers” have cut corners.

In any case, there’s a new Vios in town, and it tries harder than ever to offer more saloon for (over $116k of) your money than any other in its segment, such as the Honda City.

Physically, the Vios is already “more” saloon than before, having grown a lot in length (by 110mm) and a bit in height (by 15mm). It didn’t lose any weight, though, and the 2550mm wheelbase is unchanged. The Vios’ platform and powertrain have been carried over, too. 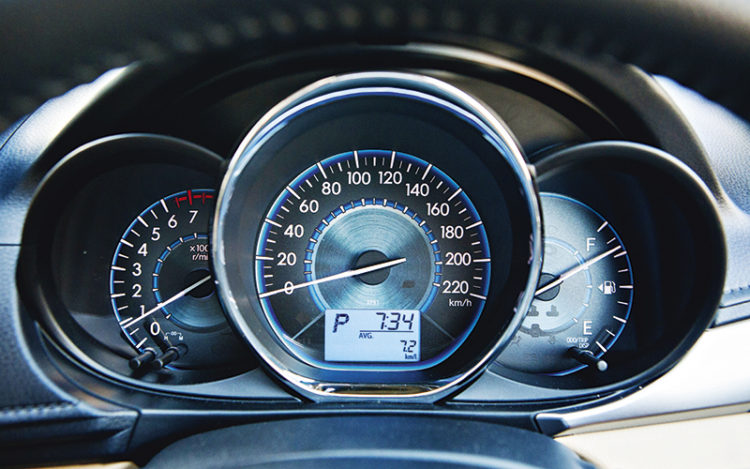 The styling is all-new, however, and it makes the old Vios look even older than its six years of age. There’s a surprisingly striking front end with projector headlamps (for the higher-spec G-grade variant tested here), “catamaran strakes” on the roof (more for aesthetics than aerodynamics, I suspect), and dramatic tail-light clusters with a broad chrome “blade” in between.

The exhaust tailpipe looks almost apologetic, though, and the body is obviously built to a strict budget, with the doors, door handles and boot lid feeling tinny. But the new key is nicer than before, with integral lock/unlock buttons instead of the old key’s Borneo-specified alarm fob. 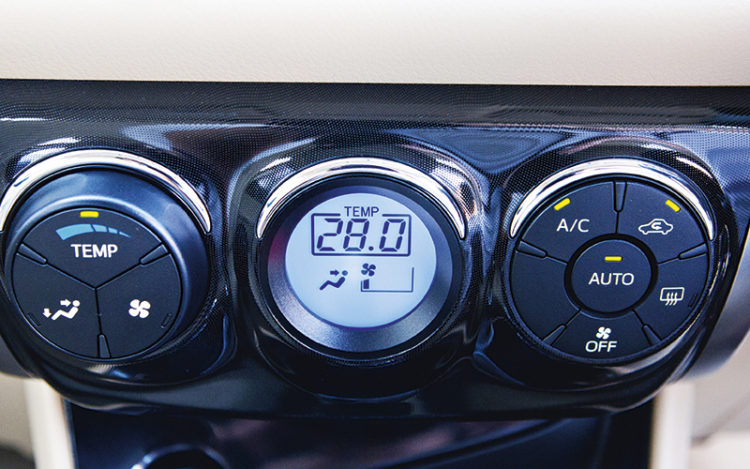 “Thai” Toyotas such as the Vios here and the Altis have very powerful air-conditioning.

Despite its comprehensive restyle, the Vios continues to sit rather high on its suspension and 15-inch wheels. This “tiptoe” stance is probably to help the car negotiate shallow floods in Thailand, and it’ll be equally helpful if it encounters unexpected “ponding” in singapore.

It’s a sea change on the inside of the Vios. Gone are the predecessor’s central instrument cluster and relentless greyness – replaced by conventional instrument meters behind the steering wheel and a more attractive colour scheme (two-tone “ivory” or no-nonsense black). There are even silvery accents to brighten the place, and each door panel has been cleverly styled to look like it’s leather-trimmed when it’s actually hard and thin plastic. 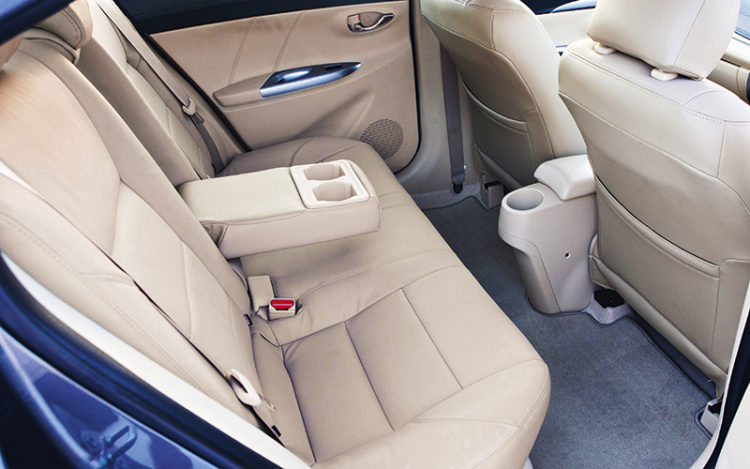 The whole interior is plasticky, in fact, and there are numerous reminders that this is a car assembled cheaply – for example, the dash-top panel gaps appear uneven in places, the handbrake lever feels a little loose and the drawer below the right-most air-con outlet is a tad shaky.

Further evidence of low-cost production includes the glovebox cover (it plonks down), the 12-volt socket (looks like a 12-cent component) and the door locks (they clatter). The grab handles above the windows, however, retract in a classy fashion.

The car even saves on lighting, by not having any for the glovebox, sunvisor mirrors and the switches that operate the windows, side mirrors and steering-mounted audio remote.

The car doesn’t save on air-conditioning, though – it’s freezingly strong. Maybe this is to ensure that enough cold air reaches the rear passengers, who still don’t get their own air vents. And they still don’t have rear door bins and overhead reading lamps. For some reason, the preceding model’s useful 4kg utility hook on the front-left seatback has also been omitted. 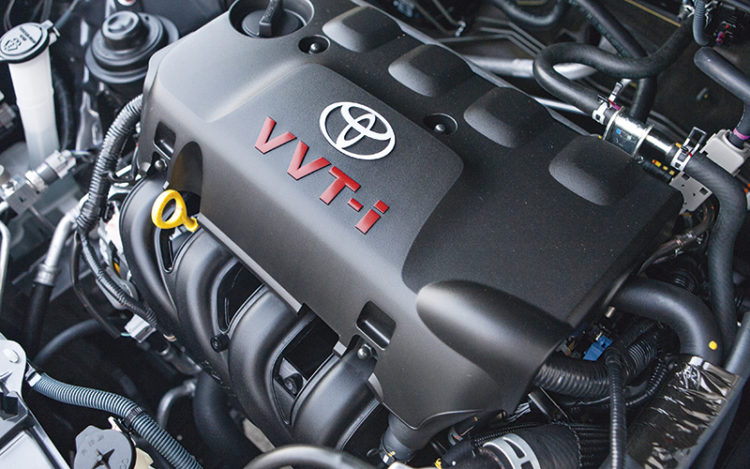 Vios’ 1.5-litre engine is eager, but cacophonous when caned.

But the newcomer finally gives the rear occupants three headrests (used to be just two) and a third three-point safety belt (used to be a mere lap belt) for the middle occupant. The release buttons for the boot’s split-fold facility are also very neat. Legroom is excellent, the flat floorboard is great for “parking” your feet, while the headroom is adequate for anyone up to 1.8m tall.

The same tall person might find the steering wheel’s up/down adjustment too limited, and the driver’s seat squab too short. Tiny pedals and the lack of a footrest might disappoint, too. But visibility is excellent in every direction, while the steering wheel is stylish and compact. There’s also a touchscreen hi-fi system to play with. 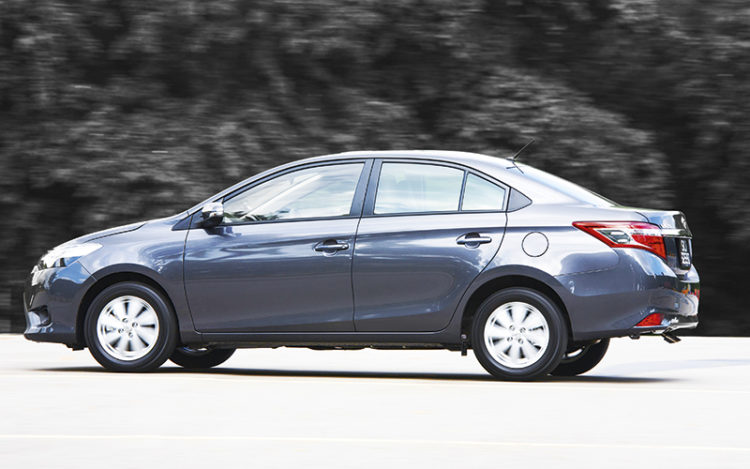 Good thing it can play the music loud and drown out the engine noise, which increases, and irritates more, as the revs climb. But budget boyracers might enjoy this “fast and furious” soundtrack, even though the Vios takes a not-very-fast 12 seconds to reach 100km/h from a standstill. Pretty fast, on the other hand, are the reactions of the 4-speed automatic gearbox, which is sensitive to your right-foot throttle input.

A noticeable amount of road noise enters the cabin, and the suspension just crashes over manholes and rough tarmac patches, with the steering “deflected” at the same time. But to the Vios’ credit, there’s negligible wind noise at expressway speeds and the handling is reassuringly tidy. The car’s turn-in is immediate, it steers cleanly through every corner, and it stops smoothly. Throwing this small saloon around is almost fun.

Not fun at all is buying the new Vios G for $120k, which could have bought two basic Vioses in 2009, with change, when COEs were a lot cheaper. 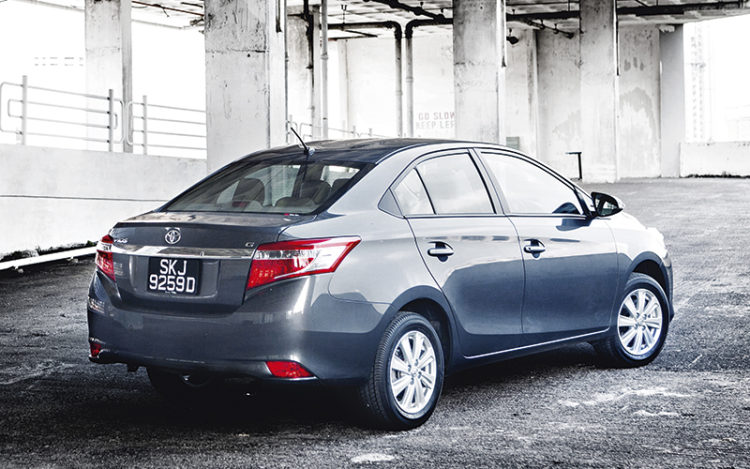 New Toyota Vios delivers even greater value than before