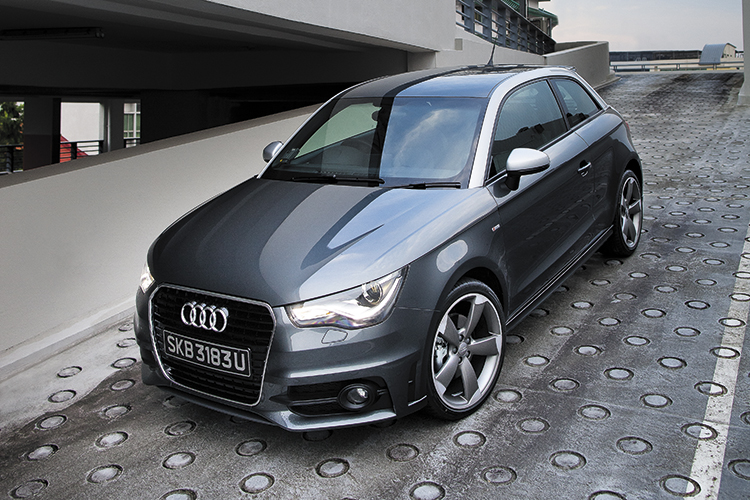 In gunmetal grey, with matching RS-style wheels, the Audi A1 185bhp could well be the Heckler & Koch pistol of pocket rockets. And it has four big bullets under the bonnet, courtesy of a 1.4-litre that sports both a supercharger and a turbocharger.

Output, as its moniker states, is a punchy 185bhp, which gives this 1190kg machine a similar power-to-weight ratio to the outwardly sporty Polo GTI. 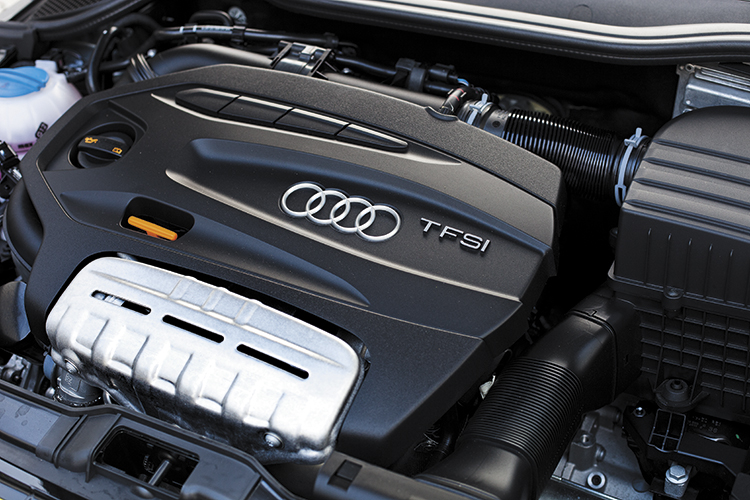 Soundtrack is good, but the horsepower is even better.

The similarity doesn’t end there – both cars share the same drivetrain, chassis and springs in yet another case of close cooperation between VW and Audi. The A1’s extra 5bhp over its 180bhp Polo cousin was precisely determined – 181bhp would have been meaningless, while anything above 185bhp could have compromised fuel efficiency and carbon emissions.

More critical than the Volkswagen connection is how the 185bhp A1 compares to the 122bhp A1. Unlike, say, Mini’s Cooper and Cooper S, the two A1s have an identical exterior design – the more powerful model doesn’t get a more purposeful bonnet or more tailpipes that have been repositioned.

The upsized 18-inch wheels and stiffer S line suspension that come as standard on this variant can also be specified for the entry-level A1 at additional cost. 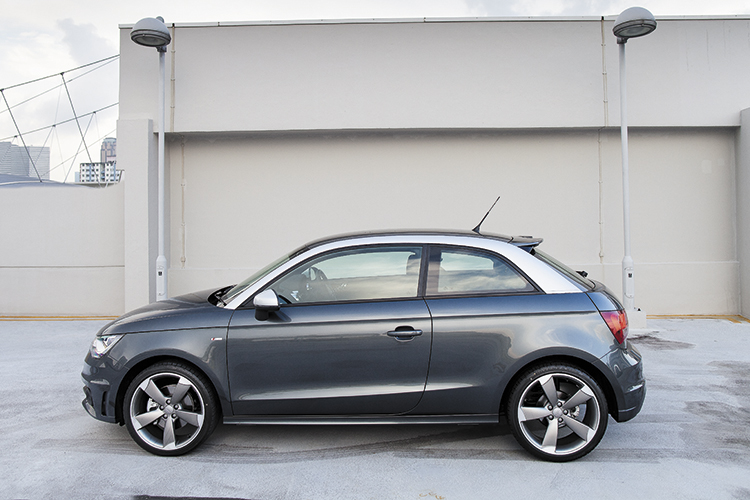 On the road, the ride is hard and the handling, sharp. The brakes, which look a little lost within the “airy” rims, haul the car down from speed with ease. The 185bhp engine is noticeably louder than the “detuned” 122bhp unit, but remains smooth throughout, with those vocals backed by solid performance right across the rev range.

The 7-speed dual-clutch S tronic plays along, shifting quickly up and down the ratios, although it is occasionally hesitant at parking pace. The century sprint is dispatched in under 7 seconds, yet it returns nearly 17 kilometres per litre on the combined cycle. Admittedly, if you make full use of that sprinting ability all the time, the A1 is unlikely to achieve that kind of mileage. 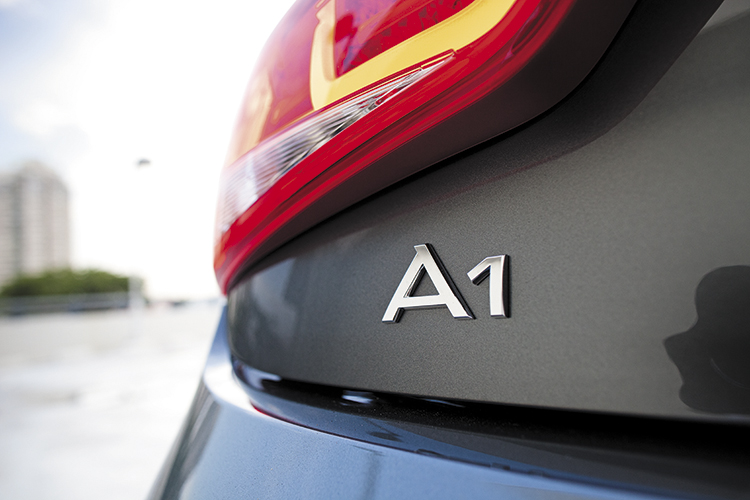 From behind the wheel, this mini-Audi feels like a three-door Polo GTI wrapped in plush. The interior materials are nicer, there is better equipment (which includes push-button ignition, a Bose hi-fi and integral GPS navigation), and the overall assembly quality appears to be even higher.

For some $23k more than the 122bhp A1, you get a much faster supermini with a sportier attitude. But this car is still a warm haute hatch at the end of the day, rather than a hot hatch per se. The real deal will be the Audi S1 that is reportedly in the works.

Check out the latest Audi A1 Sportback

Audi A1 Sportback proves that its three-door sibling is enough

Audi A1 Quattro is a little German pocket rocket