Audi A5 Sportback trumps the A4 sedan in the style stakes | Torque
Loading posts...
0 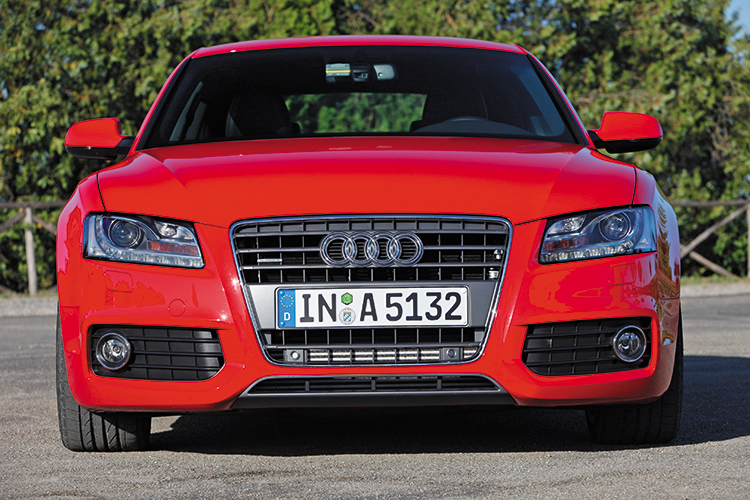 Broad shoulders differentiate the A5 Sportback from the A4 sedan.

There are certain quarters in society that frown on anything that makes one stand out.

Some mothers won’t let their daughters go out with boys who turn up at their gate in a red sports car.

And there has yet to be a “purple-tie” dinner (unless it is hosted by Prince or whatever name that funky artiste goes by these days).

This same mindset is why a four-door silver saloon is still one of the choicest cars around.

The Audi A5 Sportback is something that appears to toe the line of conventionality. 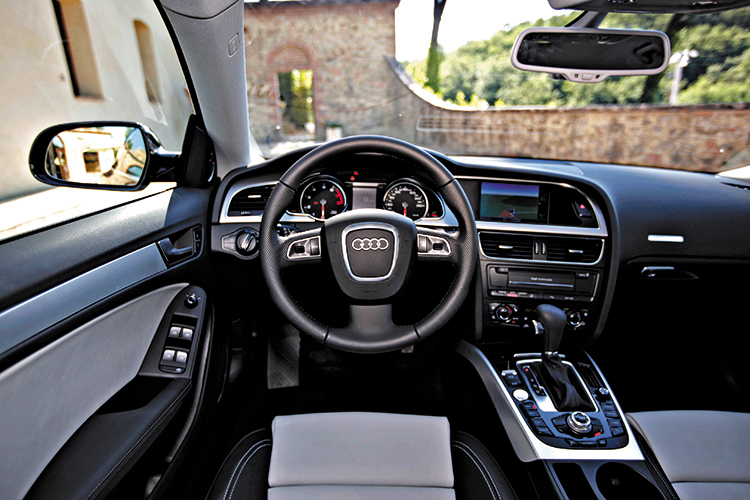 Three-spoke steering wheel is standard in the A5 Sportback.

The car is available in a host of colours, including silver, and has been billed as the do-it-all variant in the A5 line-up, mostly because it has four doors, which is less flashy than the Coupe and Convertible versions.

Also unique (and key) to the Sportback is the car’s sloping hatchback rear, which grants access to its cavernous boot.

Although the resulting arrangement at the rear is said to have very practical-minded motivations (more of that later), visually, it is a very attractive design that sets the Sportback apart from the usual 4-door suspects.

Even though the light clusters seem to be set lower and appear less aggressive than the Coupe’s, the fender flares and the stylish kick on the boot lid that forms a spoiler give the Sportback plenty of ammunition to live up to its handle.

As expected, there’s an S-line body kit option that enhances this vibe further with a contrasting apron at the rear bumper and sculpted side skirts, but they do need generously sized alloys to complete the picture.

Quite proudly, Audi says the Sportback can be fitted with wheels of up to a massive 20 inches (if we like), even though the cars come with 17-inch ones as standard in most markets. 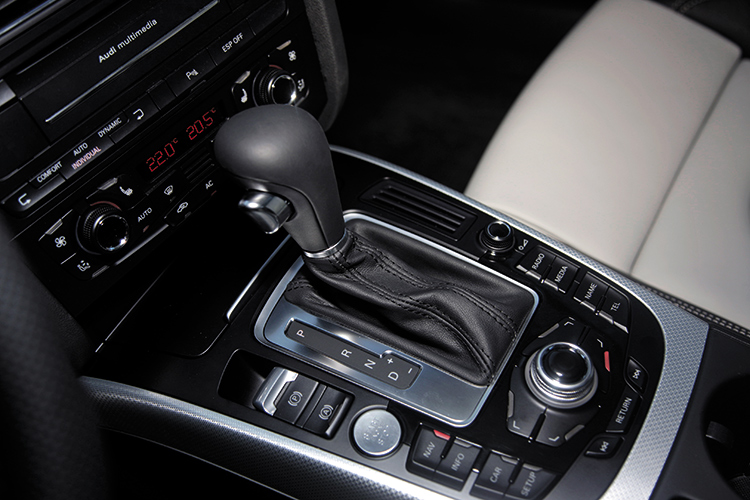 Singapore-bound versions will get 18-inch wheels with an option for 19-inch ones, depending on specification levels.

To make it properly useful as a four-door car, the standard A5 chassis is stretched by 56mm between the axles, making it the longest wheelbase in the A5 family.

It’s also taller, with the roof 19mm more than that of the Coupe.

The result is a spacious cabin capable of accommodating four adults with ease.

The compromised headroom expected from the combination of a sloping roof and shallow frameless window is never realised. 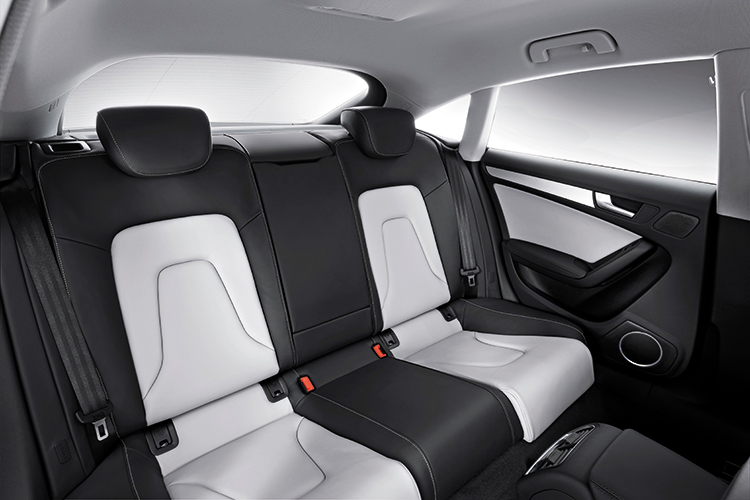 Not that anyone has forgotten Audi already offers the A4, which is a 4-door sedan of roughly the same size as the Sportback.

In practical terms, the new kid shadows the A4’s utility value, right down to the boot size, where its 480 litres is just 10 short of the A4’s.

Split-fold rear bench, which is standard on the Sportback, enhances flexibility, maxing out haulage to 980 litres.

Being from the A5 lineage, where aesthetic considerations have greater weight than the A4, the Sportback carries the A5’s fuller wheel arches that house wider wheel tracks, which also play a role in the car’s handling characteristics.

When placed side by side with the A4, the Sportback appears more athletic – as a bona fide member of the A5 should. 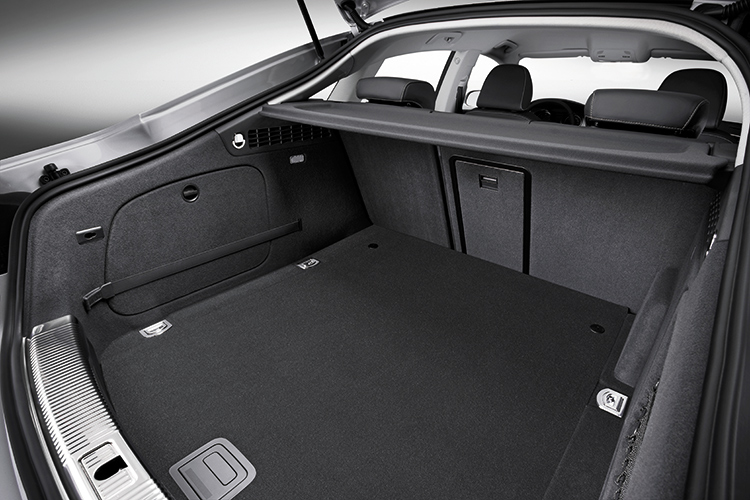 Mechanically, the Sportback is mostly in line with the latest A5 offerings.

Of the lot, we are expecting the 2-litre turbo and 3.2-litre V6 petrol engines for our shores.

Both motors will be paired with dual-clutch transmission, sending drive to all four wheels.

The new 7-speed dual-clutch transmission will also be applied on the 3.2-litre A5 Coupe in the coming months, replacing the 6-speed automatic.

An entry-level 1.8-litre front-wheel drive version will join the lot later, but this version was not available at the international launch. From a stationary start, the turbocharged 2-litre variant doesn’t feel less energetic than the naturally aspirated 3.2.

In some ways, the turbo inline-4 feels more eager than the V6, with its low frequency exhaust note and turbine whirl going some way to make up for the pleasing purrs that the V6 makes.

But like the A5 Coupe, the Sportback feels better with the V6 than the squirt and sprint ways of the inline-4.

The handling is mature rather than frisky.

And with the Audi Drive Select function set to “Dynamic”, which firms up the suspension and tenses up the engine responses, the 3.2 Sportback feels well-planted and no clumsier than the Coupe, despite the added millimetres to the wheelbase.

Part of this can be attributed to the all-wheel drive system, which does a good job putting down the power without any clumsy sensation of differential juggling of the bias between the front and back axles. 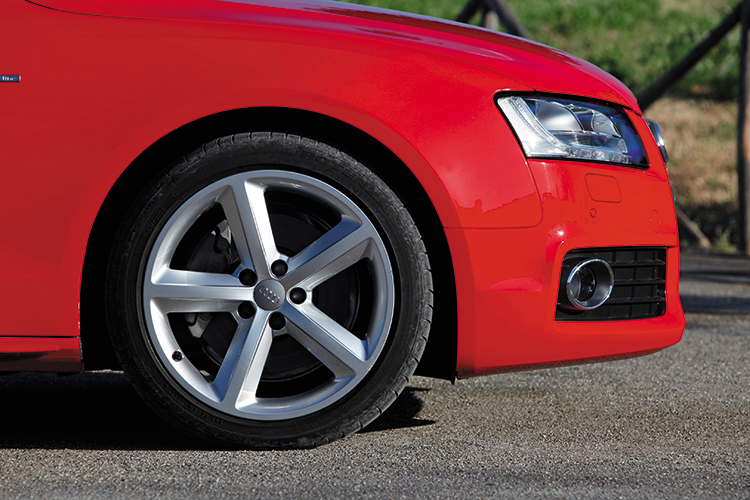 By most accounts, the Sportback has not lost any of the A5 Coupe’s dynamic abilities or aesthetic appeal.

But it does exist in a realm where it may have to justify itself against the capable A4.

Obviously, the company believes that there exists a sizeable market that appreciates the style of the A5 Coupe but needs the utility or more serious image of a car with four doors.

The car obviously isn’t pitched at the “My First Premium Car” crowd and is priced a fair bit more than the A4 and A4 Avant.

But to tease the undecided to this new kind of A5, the Sportback is priced just below the equivalent Coupe, making it the “entry-level model” in the A5 line-up. 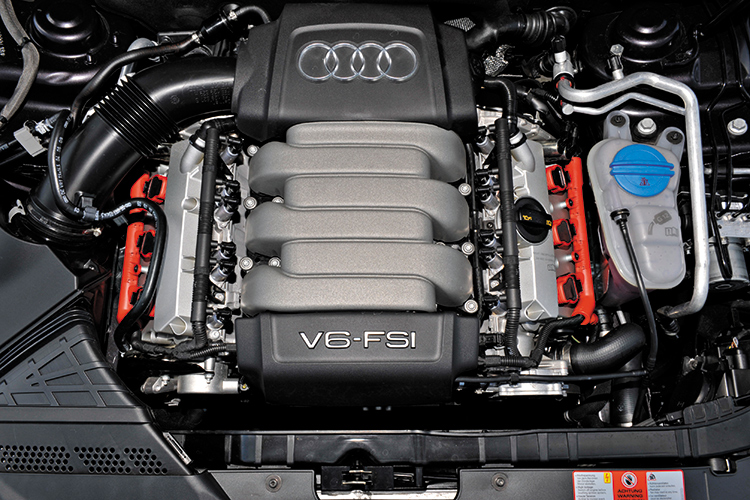 Naturally aspirated V6 is a better match for the A5 Sportback compared to the turbocharged 4-cylinder model.

In Europe at least, expectations are for the car to be the volume seller in the A5 family.

But will Singapore embrace the Sportback as we did the Coupe when it arrives in January?

That remains to be seen.

But as far as pleasing the prudish crowd while still expressing some (tasteful) individuality, this car fits the bill perfectly.

Pulling up in an A4, C-Class or 3 Series will be just so predictable. 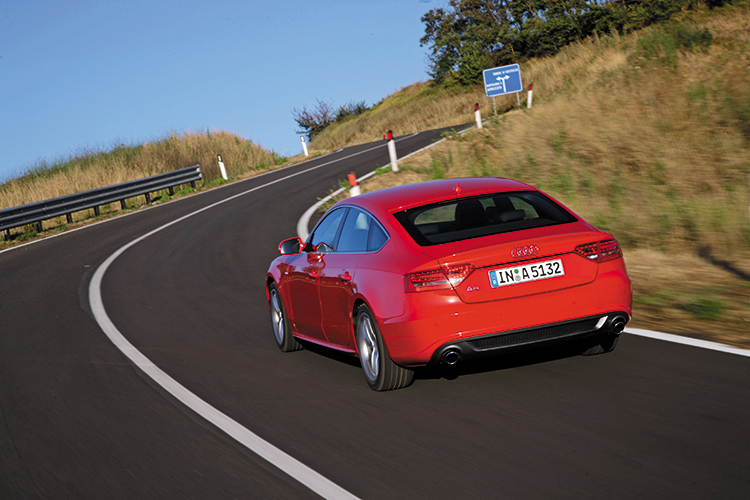