Appealing to these customers is important because a) they are a growing and valuable segment and b) you must expand your base since the traditional clients won’t be around forever.

This is why there are models such as the BMW X2, Mercedes-Benz GLA and Audi Q2.

The Q2 is the smallest SUV (it’s a crossover, really) in Audi’s range. It first arrived in 2017 with a turbocharged 1.4-litre engine, and was later joined by a 1-litre 3-cylinder variant.

After four years and a timely refresh, has the latest Q2 grown even more attractive than before? 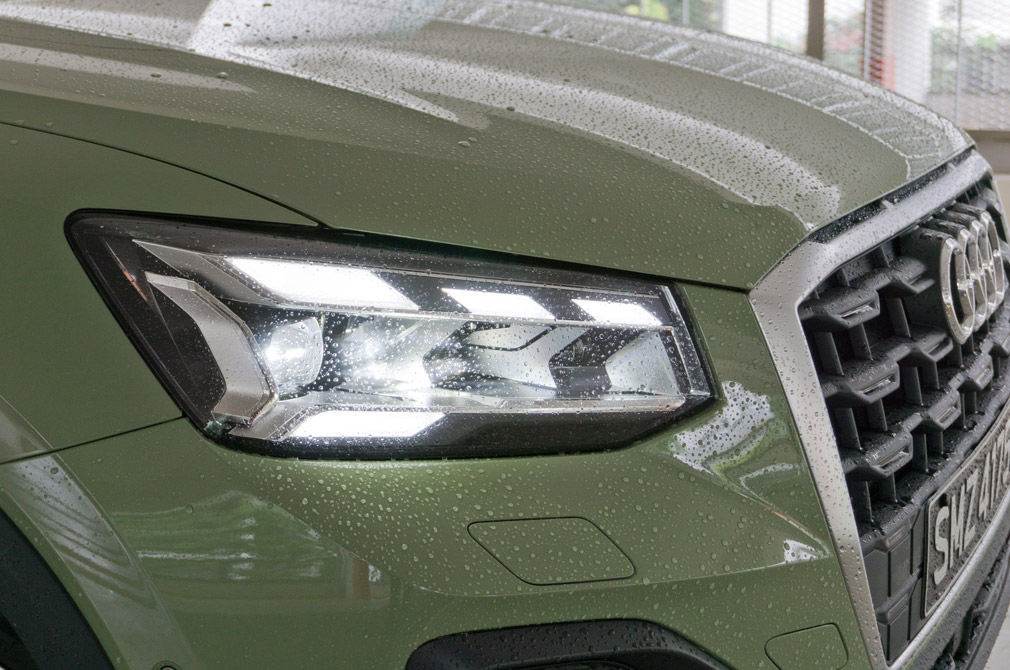 Audi’s facelifted models aren’t known for having major styling changes and the same is true here. The Q2’s form and face and largely similar to the previous model.

The polygon motifs on the Q2’s front and rear bumpers are more pronounced as well. 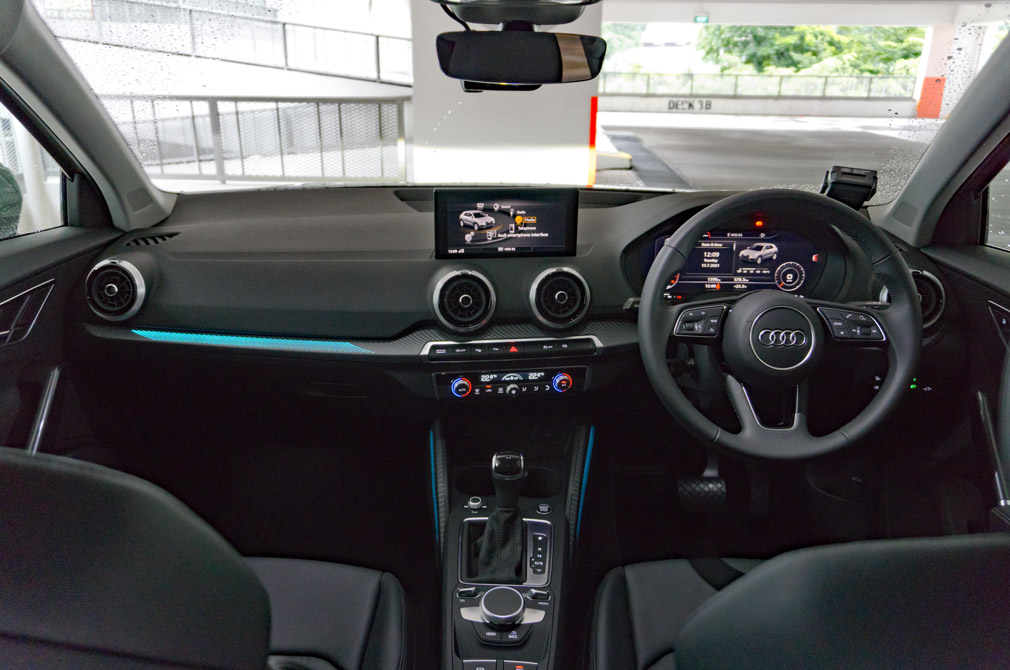 Inside, Ambient lighting plus and virtual cockpit are now standard, while the MMI system now has a larger display. The gearshift lever is borrowed from the Q3.

Naturally, the interior is well-built. The controls have a nice tactility and the infotainment menus are relatively intuitive. There’s nothing entry-level about this space.

It would have been even nicer, though, if the designers really jazzed up the cabin. The mood lighting is nice, but this being an updated model, brighter trim and/or shinier bits would not be out of place. After all, the Q2 is supposed to catch the eye of younger buyers.

The biggest change to the Q2 lies under the bonnet, where a new turbocharged 1.5-litre engine now resides. It is currently the only engine option available.

If this powerplant and its performance figures sound familiar to you, it’s because it also powers the all-new Audi A3. It’s found in other Volkswagen Group models, such the VW Golf, Seat Leon and Skoda Octavia as well. 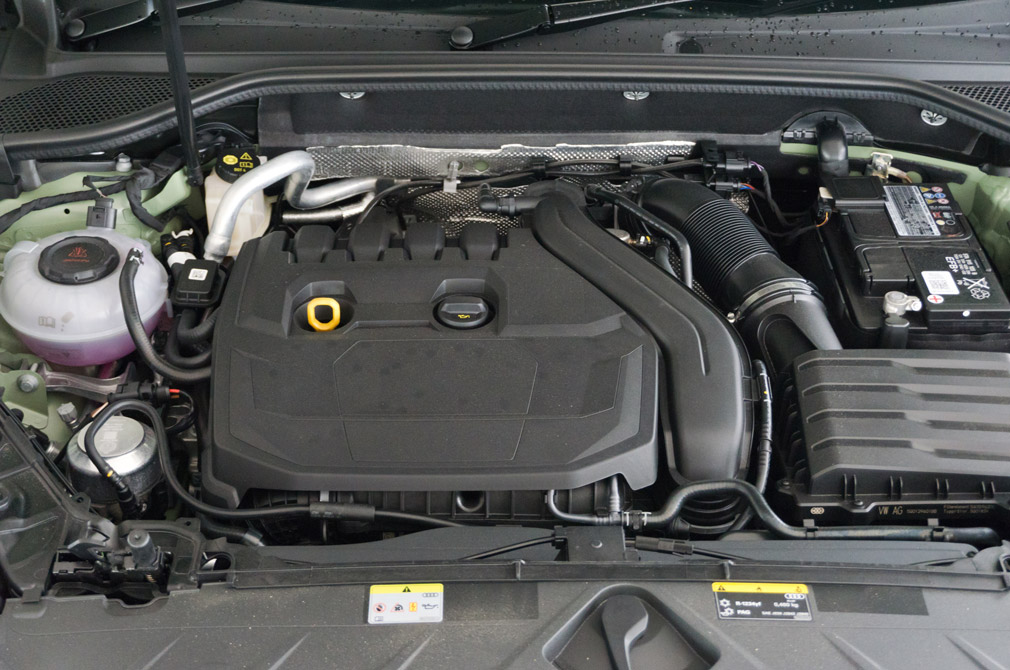 Turbocharged 1.5-litre is up to the task, but goes about it an unexciting manner.

Although the outputs are similar to the older 1.4-litre motor, the new 1.5-litre engine is more efficient, averaging 19.6km per litre, or 0.4km per litre further than before.

Progress here is linear but pretty uneventful, with no rorty sounds to speak of. There’s additional responsiveness with the gearbox in S mode, though.

That said, most drivers will be quite pleased since this is one of the most refined 4-cylinder engines around. It never turns raucous – not even when you’re attempting to redline it in manual override mode.

The Q2 isn’t aimed at keen drivers, so it’s handling set-up is pretty safe, too. If you want something cheekier or more fun, check out the MINI Countryman. 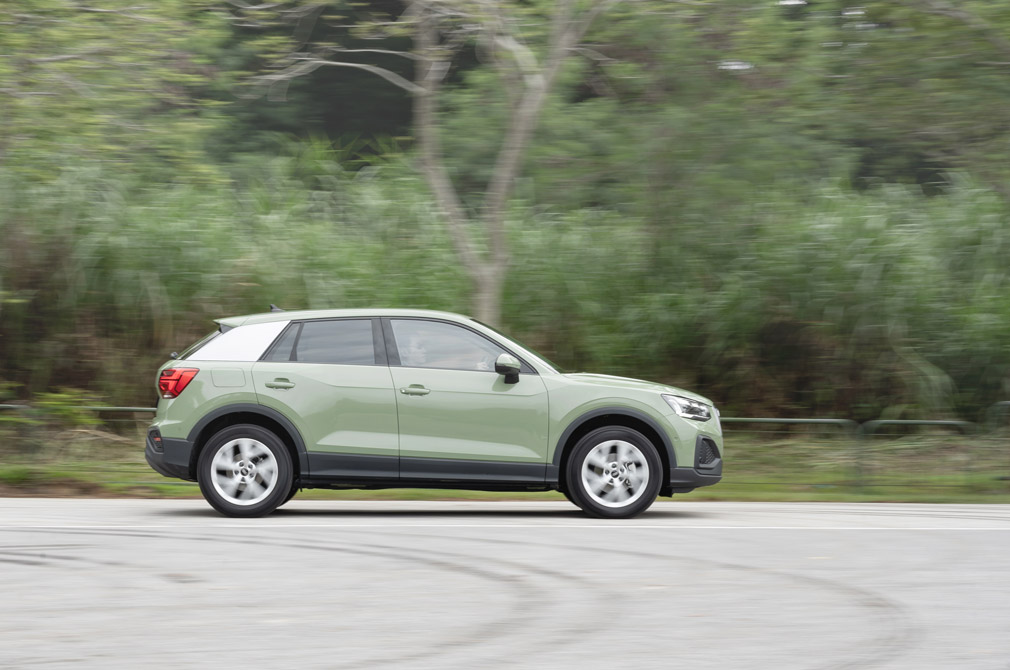 FOR THE YOUNG AT HEART?

As the smallest and “youngest” of Audi’s SUVs, the Q2 is aimed at drivers seeking a trendy, premium compact crossover.

The exterior design hints at this. But the fun is absent from the high-tech, nicely assembled cabin, whose sombre atmosphere could really use some splashes of colour.

And while performance and handling are decent, more sparkle could have been added to the drive.

If Audi wants the Q2 to really be hip, it has to solve the disconnect between its intentions and execution, or the model’s appeal will remain limited to its traditional clientele. 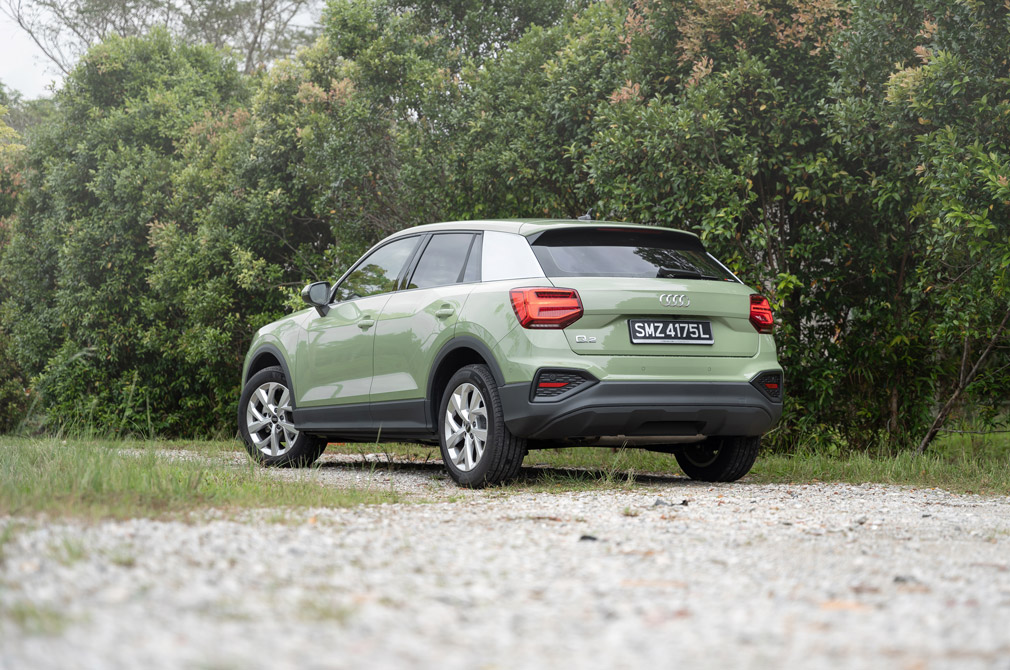