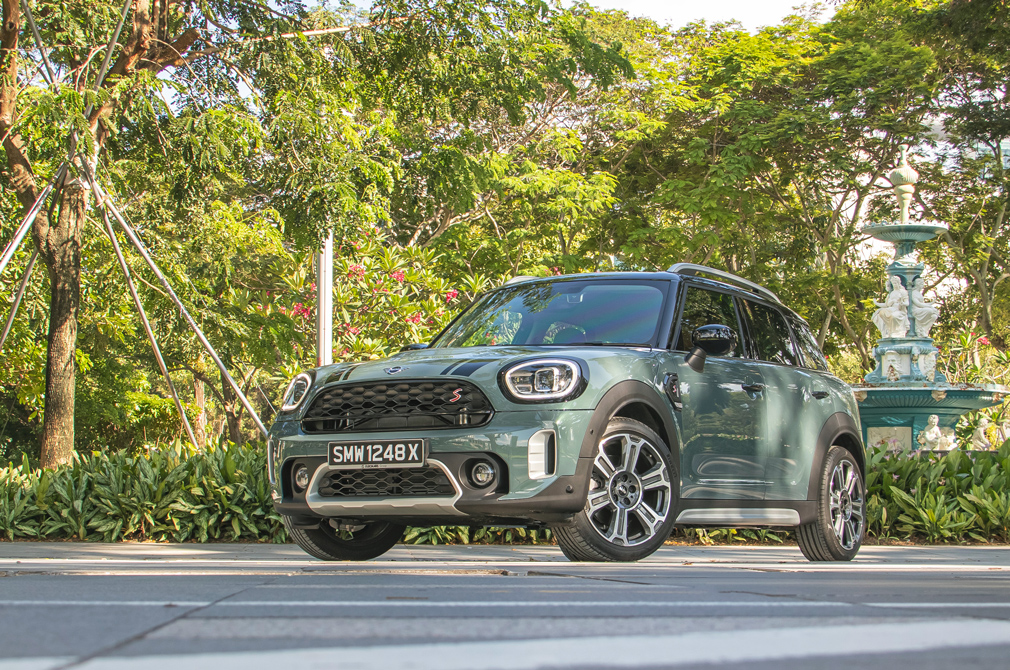 I was in secondary school in the early 1980s when Japanese pop idol Seiko Matsuda made her debut and got me hooked on J-pop.

My prized possession at that time was a Sony Walkman and a collection of J-pop mixed cassette tapes.

As I grew older, my interest in J-pop and Seiko Matsuda gradually waned, but it was rekindled briefly in 2017. That was when I chanced upon the singer-songwriter, then 55, modelling lingerie for Triumph (Google “seiko matsuda lingerie” for her photos).

She was no longer the fresh-faced J-pop debutante, but an older yet still youthful-looking woman oozing sex appeal.

Seiko Matsuda’s metamorphosis reminds me of MINI’s transformation from three-door to five-door hatchback, MINI Electric, Clubman and the upsized Countryman, adding layers of appeal to the car. 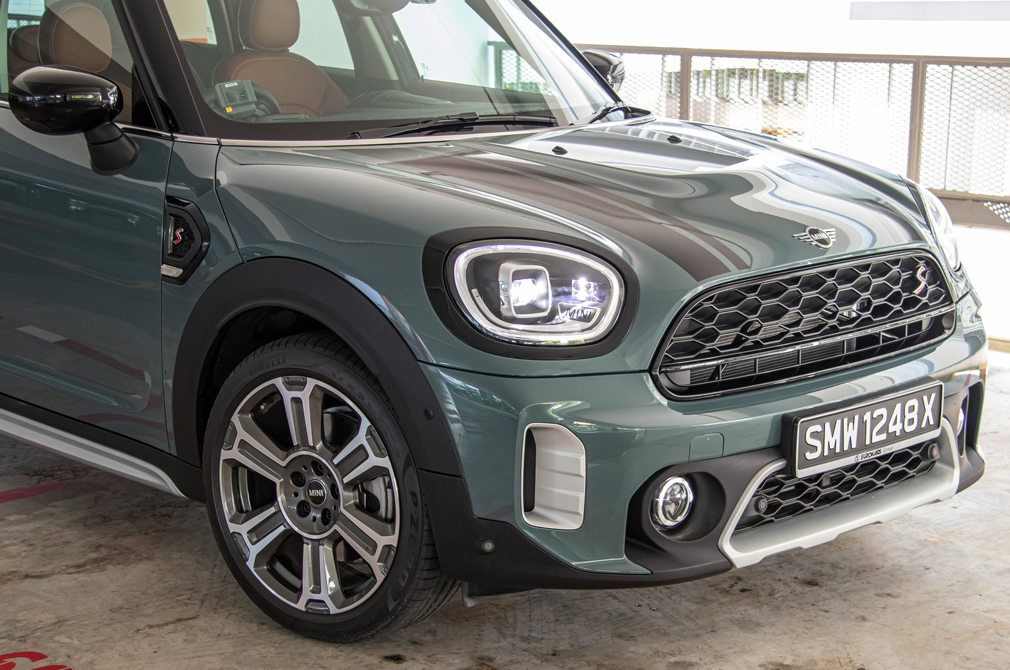 The second-generation MINI Countryman was launched in 2017 and the car reviewed here is the obligatory mid-cycle facelift. The cosmetic changes are minor: It gets a redesigned radiator grille and LED headlights are now standard.

The test car comes with an exterior styling package that includes black door handles, and black trims around its front grille, front and rear headlights and side indicators.

At the rear, the tail-lights now glow with the Union Jack motif – a design cue that first appeared in the 2014 MINI Superleggera Vision concept car, but made production in the 2018 facelift of the MINI 3-Door and 5-Door hatchback. 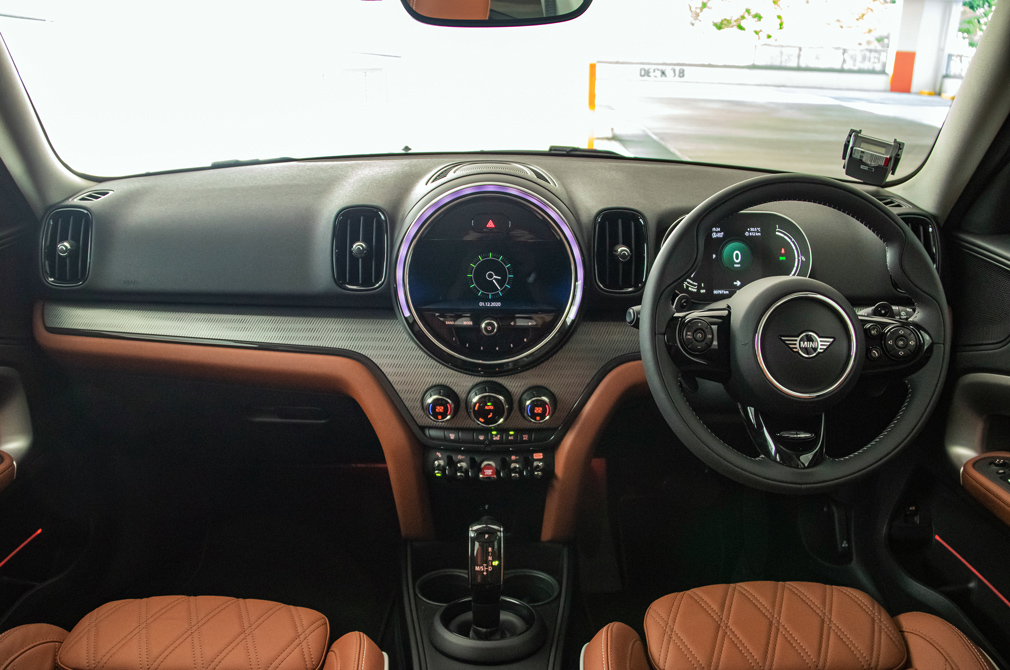 Inside, the virtual instrument display is like the one in the MINI Electric launched last year, with a fuel level gauge replacing the battery level. The infotainment system has also been upsized – it is now an 8.8-inch touchscreen display unit with built-in navigation maps.

There are also modern amenities like wireless charging, which is a clever tray hidden in the arm rest.

The most attractive upgrade in the MINI Countryman’s cabin are the seats – the test unit comes with a cheerful malt brown shade that is more orangey than brown. Meanwhile, the silver dashboard trim that extends to the front doors also gives the cabin a premium feel.

The car is also equipped with more driving aids. It can now steer itself into a parallel parking space and the driver just needs to control the brakes. In the event of an accident, you can call for help using the MINI Connected emergency services. 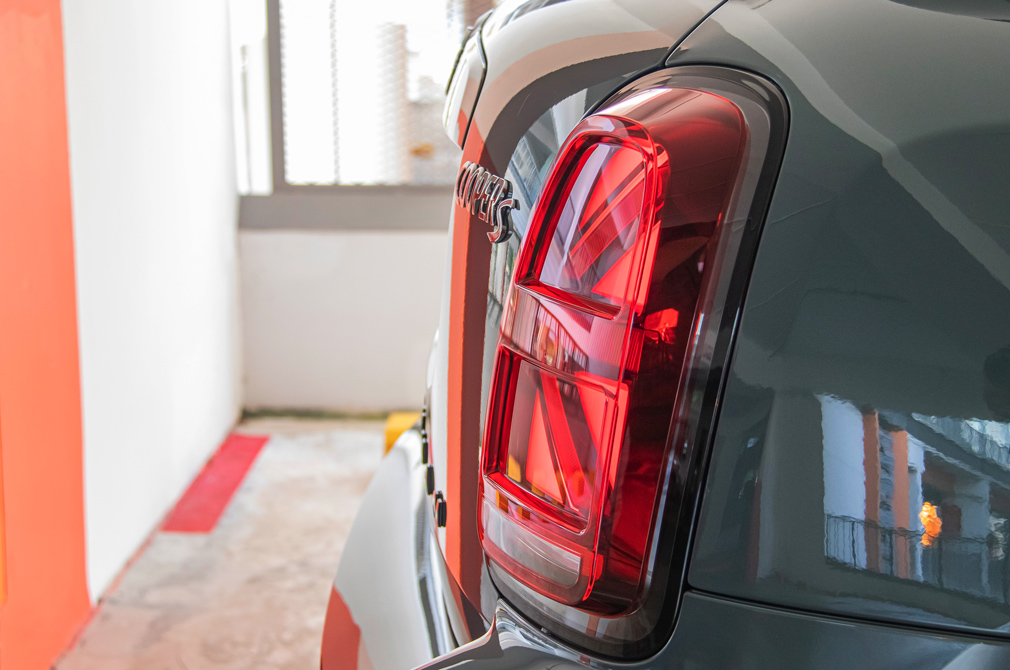 LIVELY ON THE MOVE

Under the bonnet, the facelifted MINI Countryman carries over the powerplant of its predecessor, but the output has been retuned for efficiency.

There is a reduction of 14hp (from 192hp to 178hp) but no reduction in torque (280Nm). Its century sprint is also identical at 7.4 seconds, and it has a fractionally lower top speed of 223km/h, down from 225km/h – an inconsequential difference.

It also has one less forward ratio in its gearbox. The engine is paired with a 7-speed dual-clutch transmission instead of its predecessor’s 8-speed automatic unit when it was first launched here.

The new drivetrain is more efficient. On paper, the car covers nearly one more kilometre per litre of fuel – the fuel economy improves from 16.1km/litre to 16.9km/litre.

The MINI Countryman comes with three drive modes – Sport, Green and a Mid mode which sits in between both spirited and eco driving. These modes vary power delivery and gearshifts. 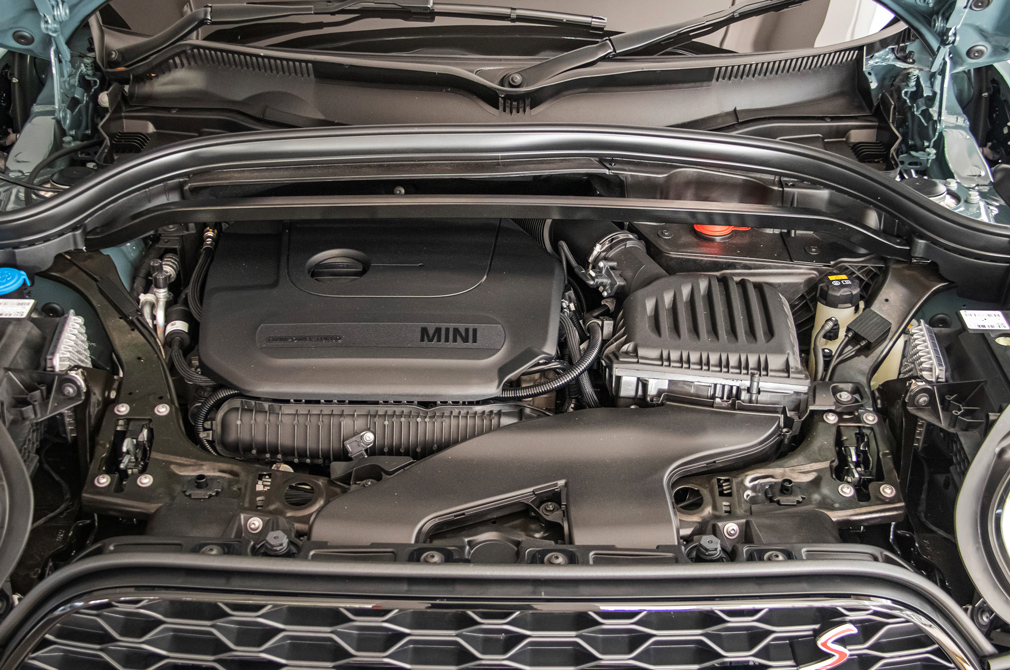 Eco mode dulls the perkiness of the lively car, so I split evenly between the Sport and Mid modes over a two-day, 110km test drive. Despite driving the Countryman spiritedly half the time, I recorded a fuel consumption of 13km/litre. This is impressive.

Also impressive is the MINI Countryman’s cargo space. Despite being called a “MINI”, it provides 450 litres of boot storage, or 1390 litres if the rear seats are folded down.

So, the MINI Countryman will appeal to a wide range of users – from family men to the outdoorsy ones who use the car for their sports or fishing gear. This is the Countryman’s edge over its smaller stablemates: versatility.

The Countryman is not without weakness.

While the infotainment system software is compatible with Apple CarPlay, Android users will have to wait a bit more for future factory software upgrades, if at all, to enjoy the same functionality that iPhone users have.

And some drivers may baulk at the idea that a car at this price range lacks safety features like blind spot monitoring, which is found in less expensive cars. 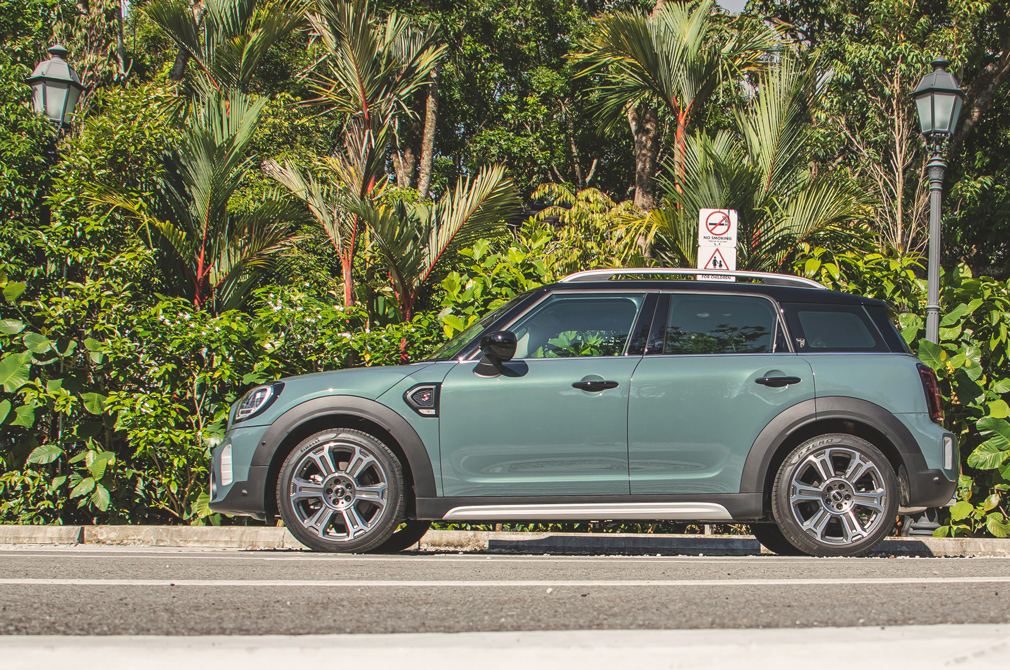 Having driven almost the entire range of MINI cars over the years, my two favourite rides are the MINI Cooper S Cabriolet, which has the perfect blend of performance, driving fun and style, and the electrifying MINI Electric.

These cars, however, suffer from a serious drawback: They lack space and practicality.

In contrast, if there is a MINI that qualifies as a jack-of-all-trades or Swiss army knife, it must surely be the MINI Cooper S Countryman.

It may be bigger in size and less frisky than its smaller siblings, but it retains the performance, styling flair and badge-appeal of the MINI marque.

This is like how Seiko Matsuda may have started her career as a J-pop singer adored by teenyboppers, but has since transformed into a youthful, middle-aged lingerie model who still turns heads. 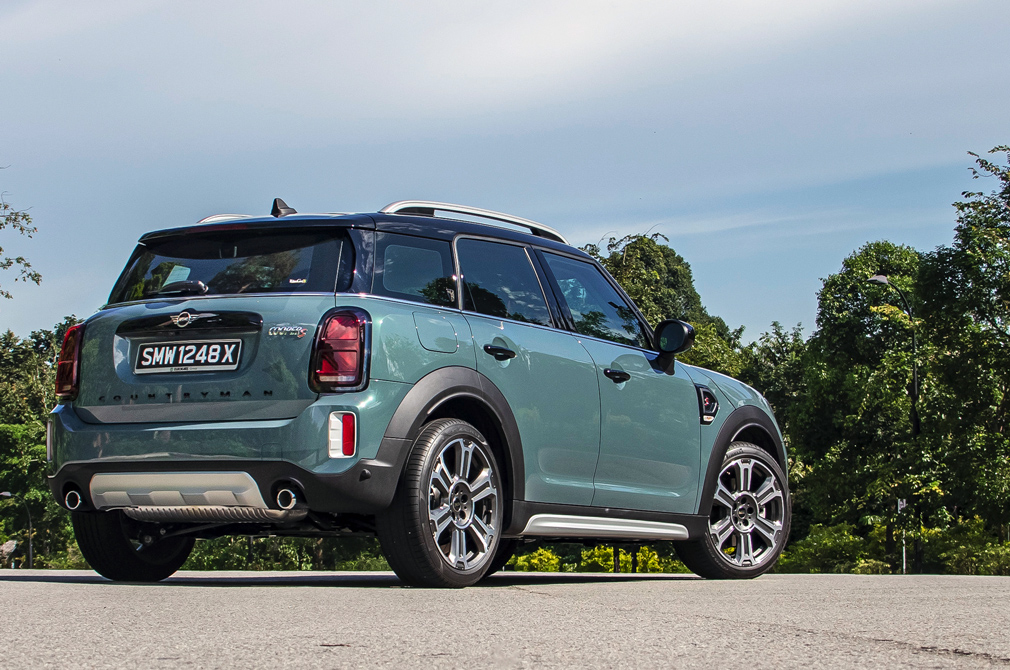