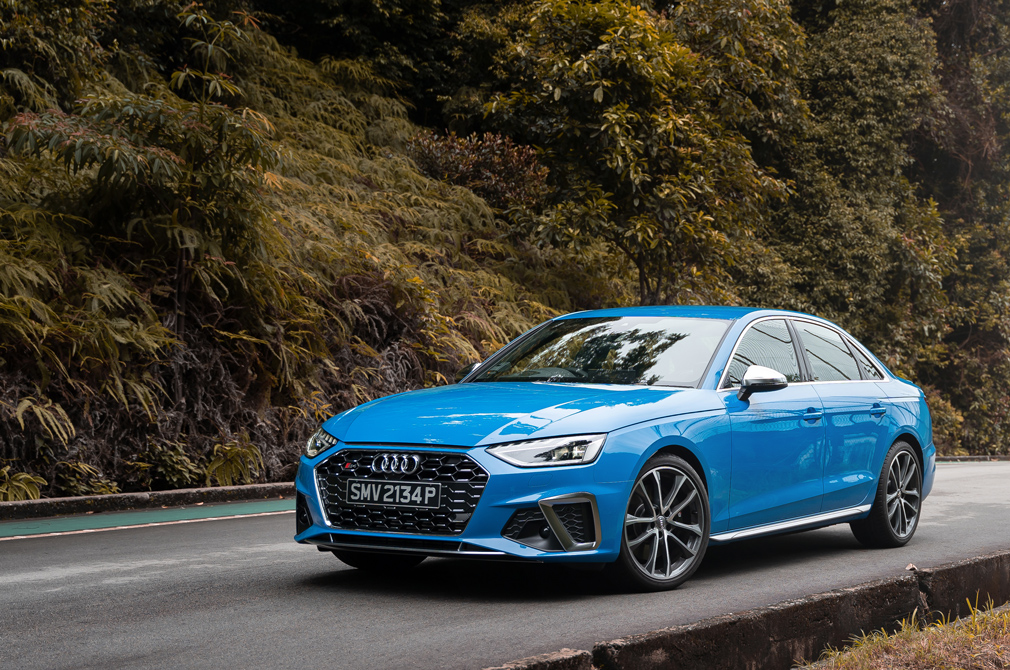 An enthusiast’s attention is easily drawn by red-hot, high-performance machines with the looks to match. After all, large wheels, huge brakes, numerous aerodynamic components, and a loud exhaust are hard to ignore.

But a sleeper car can be just as attractive – even without the eye-catching body kit and deafening soundtrack. The appeal lies beneath their relatively innocuous looks. 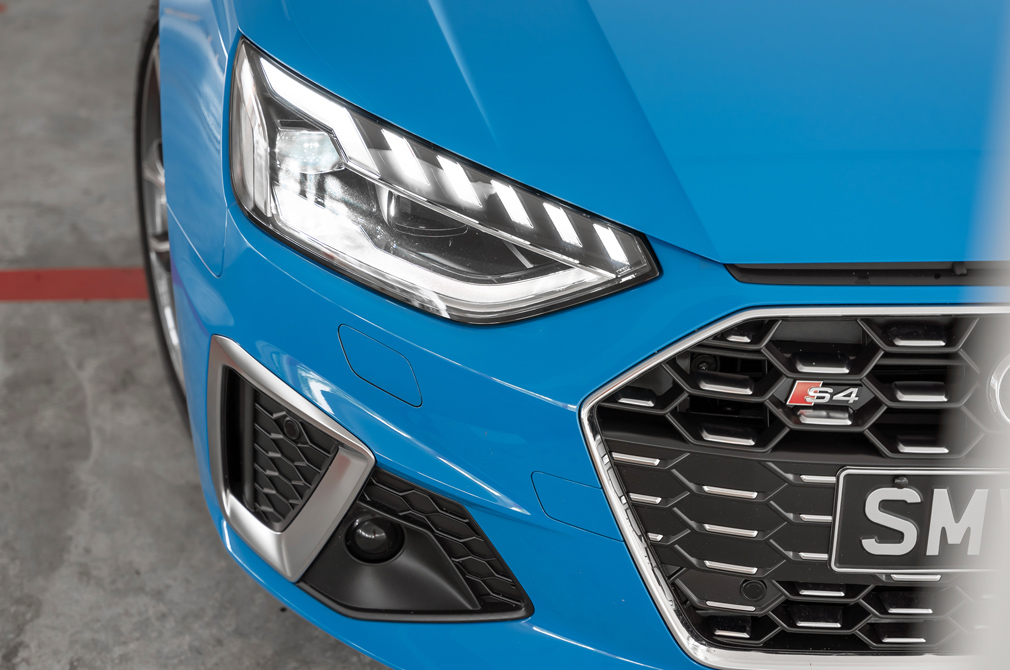 Among the big three German brands, Audi models have arguably the most understated designs.

Line up an Audi A4 next to a BMW 3 Series and a Mercedes-Benz C-Class, and the A4 fades into the background. It’s almost content to let its rivals have the limelight.

Heck, even the latest Lexus IS’ looks have more panache.

But that is Audi’s nature – handsome and subdued.

The same is true of the Audi S4. If the car seen here came in Quantum Gray instead of Turbo Blue paintwork, most drivers would assume it was just a regular 2-litre A4.

But approach the Audi S4 and your eyes begin picking up subtle differences, such as the honeycomb grille and aluminium-look wing mirror housings.

Walk along the side and you’ll notice that the brake callipers are black instead of silver. There’s extra chrome along the flanks, too.

But the biggest giveaways are at the rear, where you’ll find a more pronounced spoiler and quad-exhausts. You might miss the former, but it’s impossible not to notice the latter. 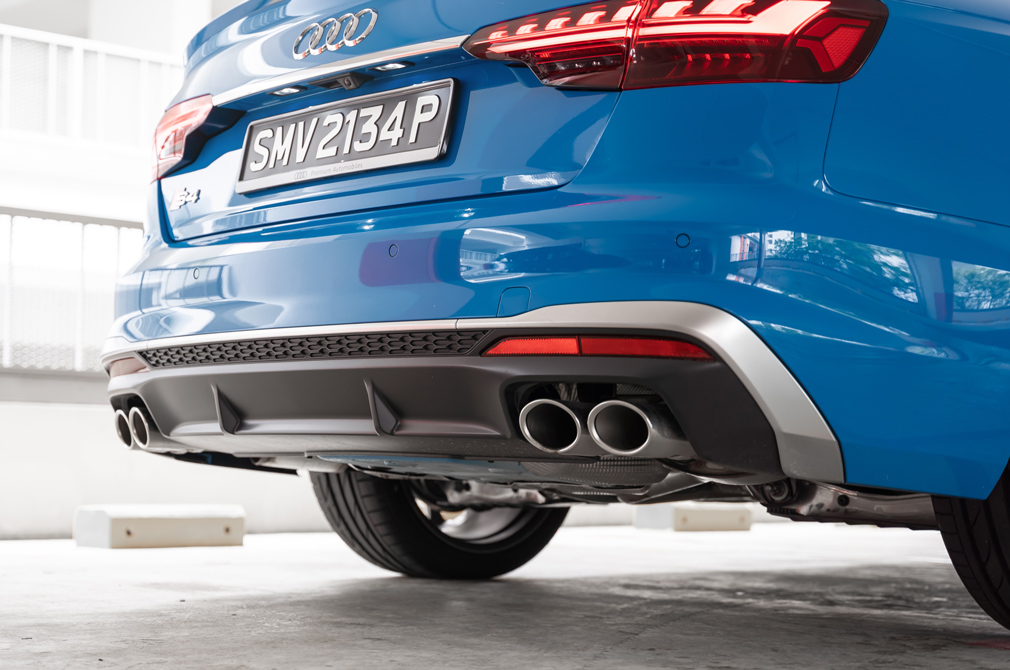 The Audi S4 continues to play down its true nature inside. Apart from the front Sports seats and their “S” logos, the only other sporty items are the alloy pedals.

Even the steering wheel is the standard round item. You can have the flat-bottom one for an extra $567. Okay, there is an extra “S” logo by the gearshift lever. But there are no other outright cues to this car’s abilities.

Delve into the MMI system and more clues appear, though. The Virtual Cockpit menu, for one, has an “S performance” meter layout option. And the Drive Select menu has an option for “Pronounced” engine sound.

The Audi S4 is true to its sleeper nature through and through. Of course, buyers can specify flashier options to play up the car’s high-performance credentials. But doing so defeats the point of this car. 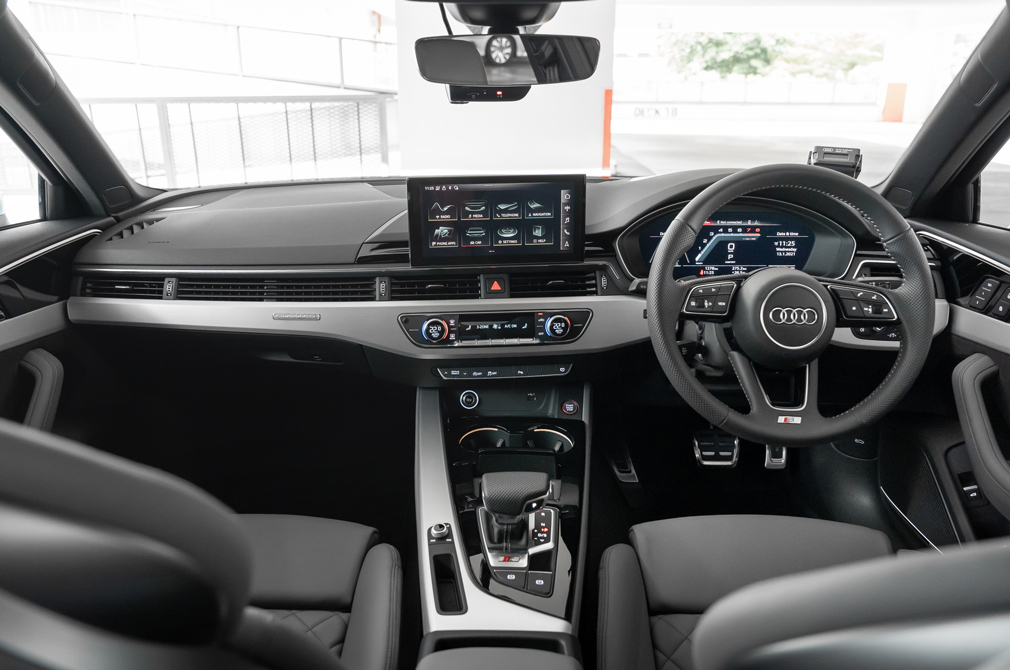 AUDI S4: FROM QUIET TO RIOT

A car like the Audi S4 is like a harmless-looking guy in a suit who is actually a well-trained spy. Think Secret Service agent sans earpiece and sunglasses.

It may resemble a regular A4, but the S4 packs some serious muscle under its sheet metal. Pop open the bonnet and you’re greeted by a turbocharged 3-litre V6.

The powerplant cranks out 349hp and 500Nm, and sends these figures to the wheels via an 8-speed automatic. Slam the accelerator pedal to the floor and the Audi S4 whisks you from rest to 100km/h in just 4.7 seconds. 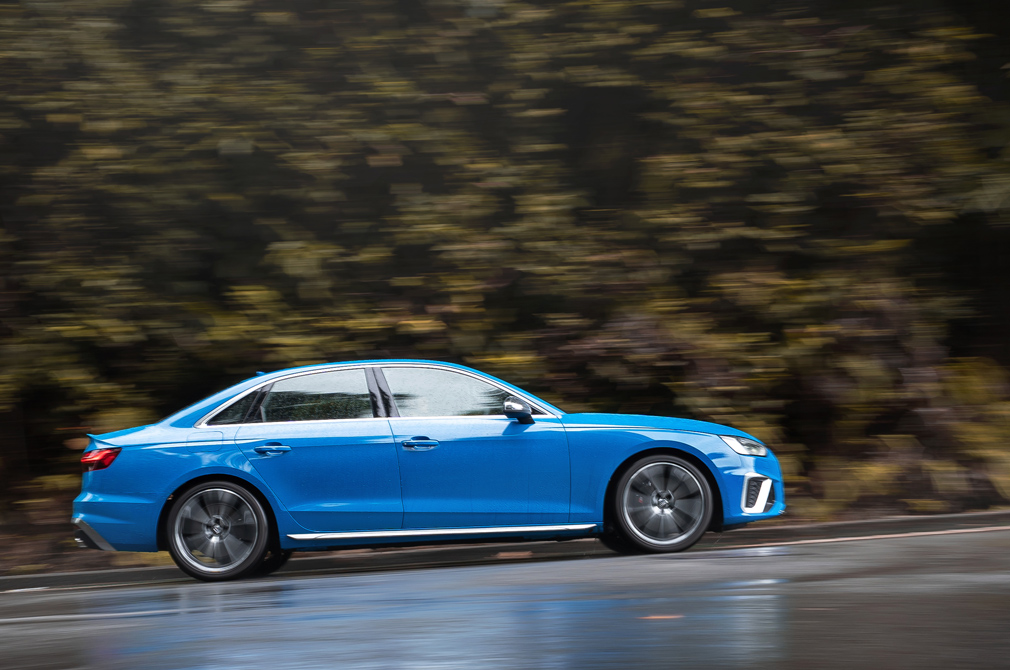 Audi S4 remains a stirring drive – even in wet conditions.

You can expect surprised looks from hot hatch drivers when accelerating off the line. That’s the 500Nm talking and making the performance feel so effortless.

And because the Audi S4 isn’t ridiculously powerful, it still lets the driver exploit the powerband without immediately reaching silly speeds. Using the manual override function is a lot of fun, especially when there are aural rewards.

That’s another thing about the S4 – its burbly soundtrack is hugely enjoyable. Yet, it isn’t loud enough to compel your neighbours and other road users to report you to the LTA.

Indeed, there is nothing more satisfying than downshifting from fifth to second, opening the throttle and sending the tacho needle swinging to the right. Bonus points if you do this in a tunnel. 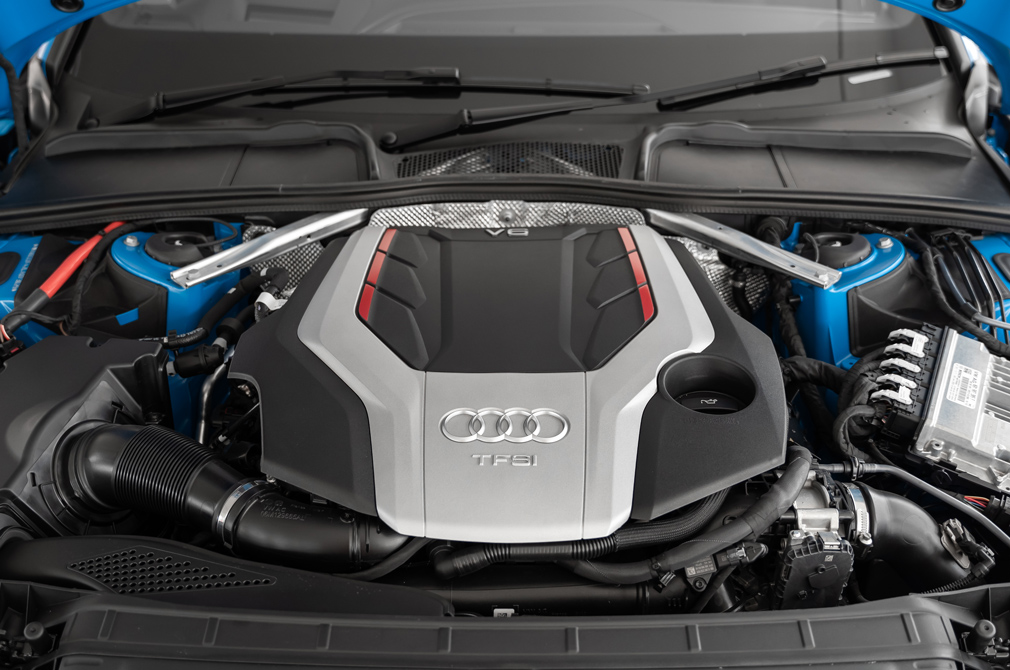 Performance aside, the Audi S4 also cossets its occupants. The ride quality is always agreeable – at moderate speeds, your passengers will not even suspect that this is a high-performance saloon.

Yet when called upon, the S4 displays its athletic abilities, effortlessly tucking into corners without losing its poise. It’s also hard not to feel confident when there’s so much grip from the all-wheel-drive system.

Upping this by another notch is easily done, too. All the owner needs is an even better set of tyres, which will pay dividends when the weather turns wet again.

Speaking of dividends, it will also pay to get the Audi S4 in a more understated colour. That way, when you unleash its true performance, it will really be a bolt out of the blue. 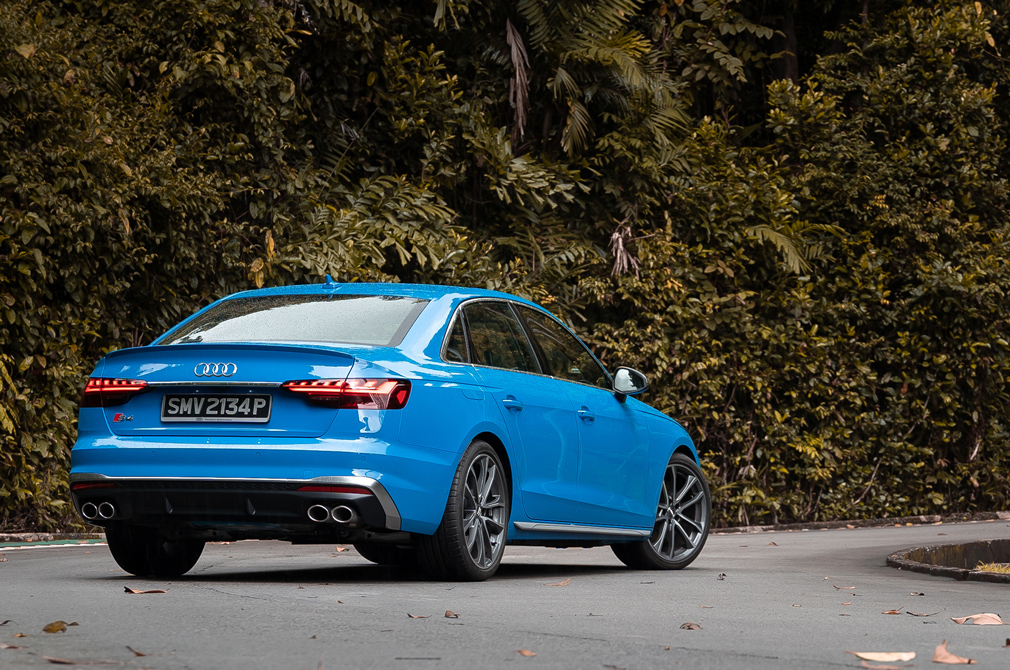