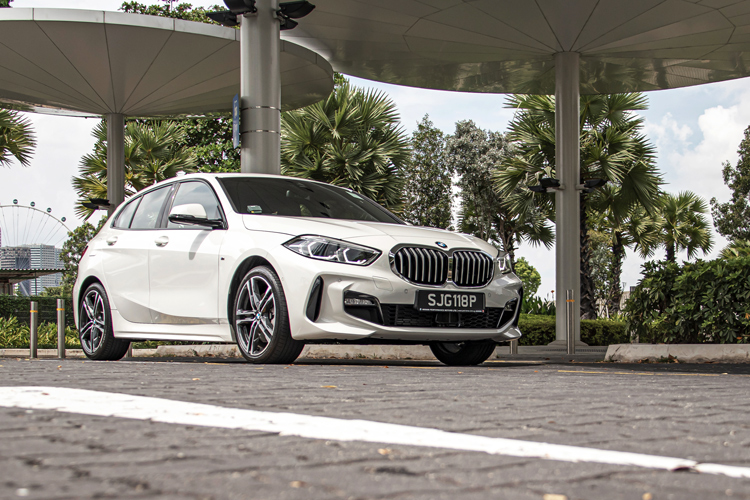 The last-generation BMW 1 Series was unique. It was the only rear-wheel-drive hatchback in its segment.

That had a huge effect in making it so engaging to drive. In fact, that model was so compelling that enthusiasts forgave its design. Its headlights were a bit too large, making the front-end seem frog-like.

Thankfully, this was remedied when the car was facelifted.

By the time it ended production, that generation BMW 1 Series had made one thing very clear. It was the athlete of the premium hatchback segment. 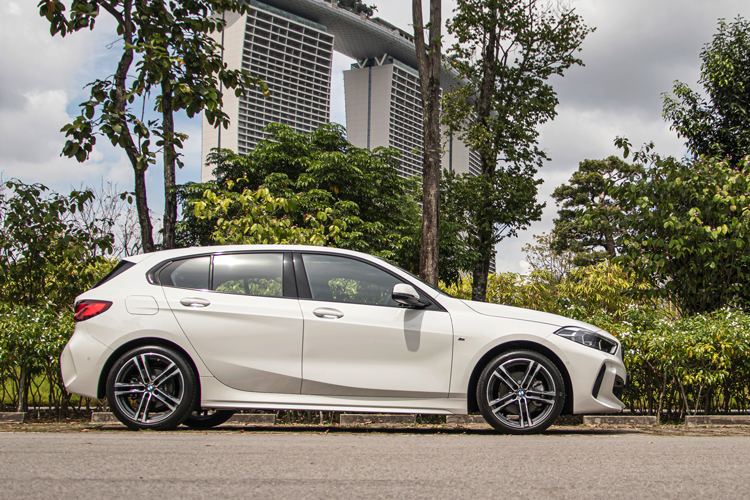 To say that the new BMW 1 Series has a lot to live up to is an understatement.

It begins by nailing the exterior design. The BMW 1 Series looks handsome and dynamic, with sharp lines and chiselled body panels.

The hatchback has a planted and athletic stance. From the moment you walk up to it, you already feel like getting behind the wheel.

Opinions are still divided on the treatment of the trademark kidney grilles, though. To me, so long as they’re not oversized like the ones on the X7, 7 Series or i4, they are okay. 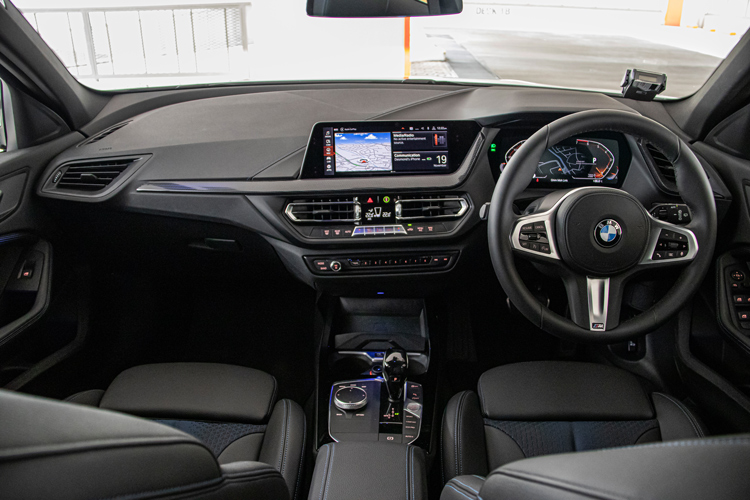 The designers did a good job with the BMW 1 Series’ interior.

Some folks don’t like the chunky steering wheel, but I do. Holding it at the 9- and 3 o’clock positions is very comfortable.

But as my eyes swept across the instrument panel, I began to wonder if this was an afterthought. 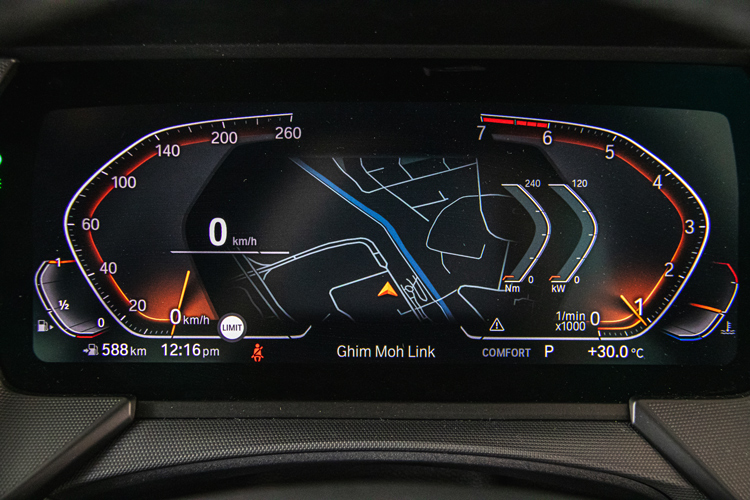 I have nothing against digital displays. But they must be functional and easy to read at a glance. Bonus points if the layout is pretty.

Unfortunately, the instrument cluster is my least favourite part of the cabin.

I don’t know what shape the dials are, but I don’t like them. They aren’t easy to read at a glance – what with the “needles” pointed in opposite directions.

The space between the dials can be configured to show stuff such as navigation or media. I ended up switching it off to help simplify the layout. 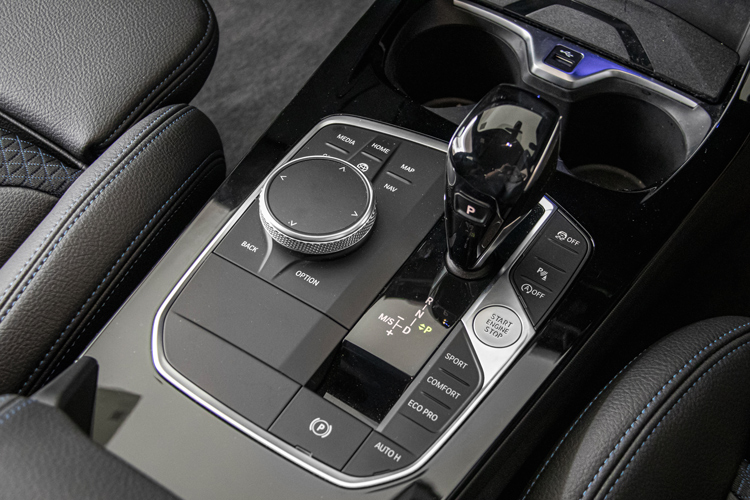 The BMW 1 Series scores well in this aspect. Thanks to the (gasp) front-wheel-drive layout (we’ll get to that later), the cabin is the roomiest it’s ever been.

There’s more elbow room for occupants up front and more legroom for passengers in the rear.

For practical considerations, the boot has grown larger, too. It’s now 380 litres, up 20 litres from before. 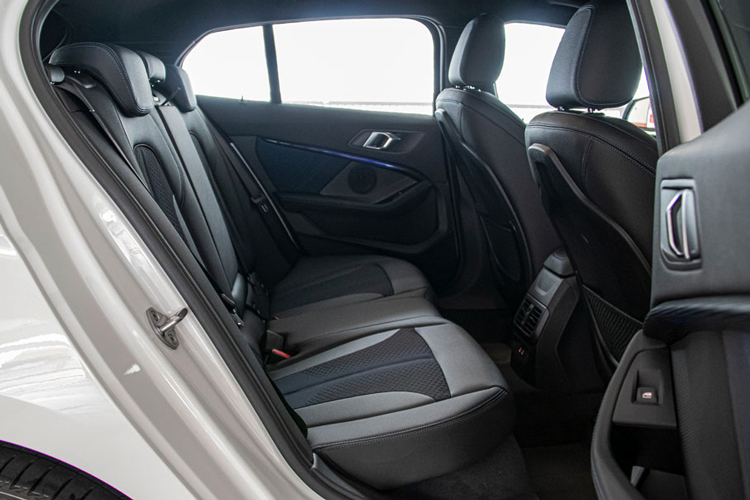 It is true. The BMW 1 Series is no longer rear-wheel-drive.

As mentioned earlier, that sacrifice has paid off. But has it also cost the BMW 1 Series its engaging drive?

Well, rear-wheel-drive or not, the BMW 1 Series must still be compared to its rivals. Since the new Audi A3 isn’t here yet, that leaves the Mercedes-Benz A-Class.

And against its “starry” rival, the BMW 1 Series still holds the trump cards when it comes to overall performance.

That’s impressive, since the BMW 118i of today is actually less powerful than the older one. 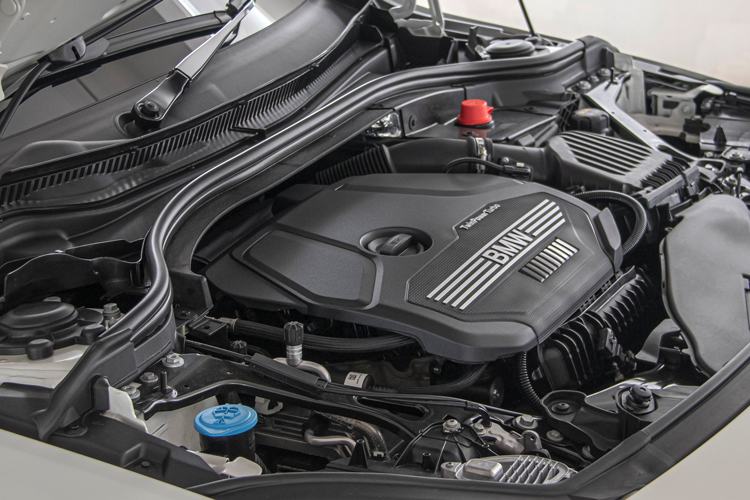 Sending these figures to the rear wheels via an 8-speed automatic, that hatchback managed 0-100km/h in 7.5 seconds.

Today’s 118i features a turbocharged 1.5-litre 3-cylinder capable of 140hp and 220Nm. The motor drives the front wheels via a 7-speed dual-clutch gearbox. Now, the century sprint time is 8.5 seconds – a second slower.

Despite what the paper figures show, the BMW 1 Series is still a nice drive.

It does not have the urgency of the A200’s power delivery. But it moves off the line quickly and neatly.

And unlike its rival’s powerplant, which sounds (and feels) rough when stretched, the 118i’s 3-pot has a nice thrum to it.

With the gearbox in “S” and the drive mode in Sport, the BMW 118i is a willing partner in point-and-squirt manoeuvres. The accurate steering, which provides nice feedback, aids in cornering as well.

Front-wheel-drive cars usually suffer from understeer when cornering at speed. To help mitigate this, the BMW 1 Series is equipped with ARB, which is short for actuator contiguous wheel slip limitation.

Technical jargon aside, ARB is a controller located in the ECU (engine control unit). Its job is to curtail wheel slip, in tandem with the DSC (Dynamic Stability Control) function. 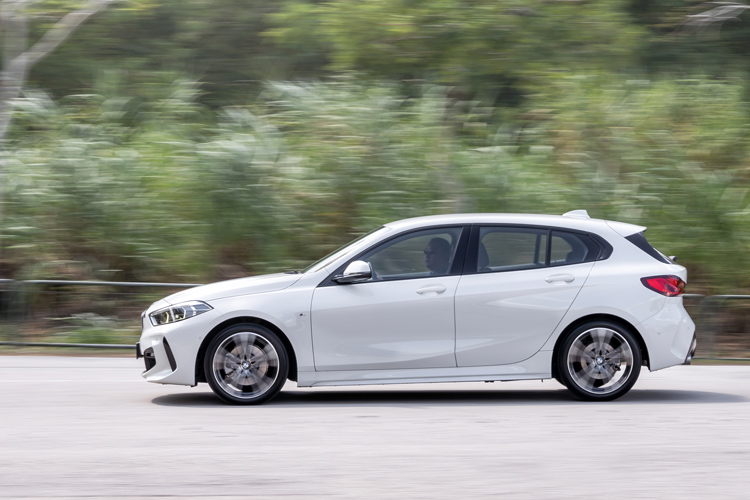 The end result is that the BMW 1 Series understeers less than expected, while remaining predictable and progressive through bends.

Surprisingly, there is still a bit of torque steer when accelerating hard from a standstill. But not enough to cause the steering wheel to squirm.

All told, I had more fun driving the BMW 1 Series than I did the 2 Series Gran Coupe.

Like the 2 GC, the 1 Series also lacks paddle shifters. But this could change when subsequent batches are specified for the Singapore market. 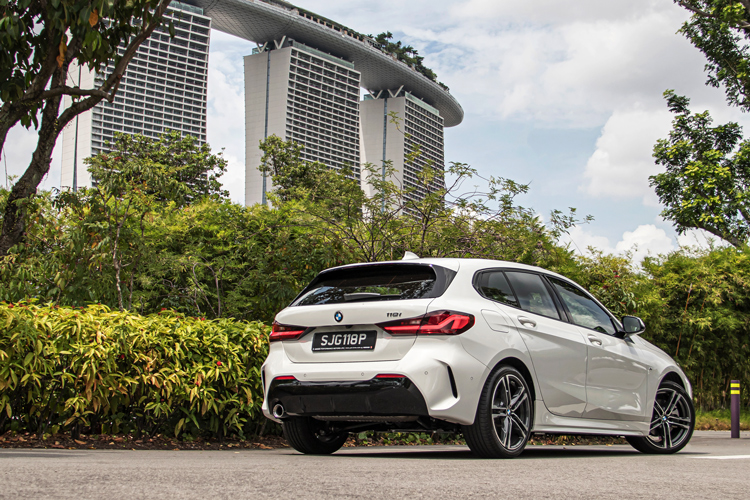 WHO IS THE 1 SERIES FOR?

Drivers who want to upgrade from a Volkswagen Golf but still want a hatchback can consider a BMW 1 Series.

The 118i variant is not as powerful as before and is no longer rear-wheel-drive. But now that it’s roomier and more practical, it has become a more complete product.