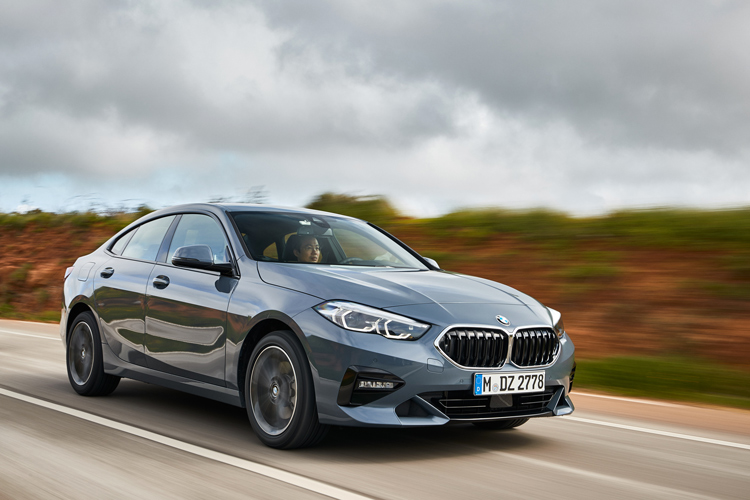 Ever ready to fill the smallest of market niches, BMW has just launched the 2 Series Gran Coupe.

Which is what, exactly? Briefly, it is a four-door sedan closely based on the latest 1 Series hatch. It adopts that car’s transverse engine and front-drive layout (except for the range-topping M235i, which is all-wheel-driven), making it BMW’s first-ever front-driven sedan.

That the 2 Series Gran Coupe (let’s call it 2GC for short) is a close relation of the 1 Series is pretty obvious even at a glance. Save for some slight differences in headlamp and grille shapes, the cars’ front ends are identical – meaning that the 2GC has the same long front overhang, bluff nose, massive “kidney” grilles and high bonnet line as its hatchback sibling. 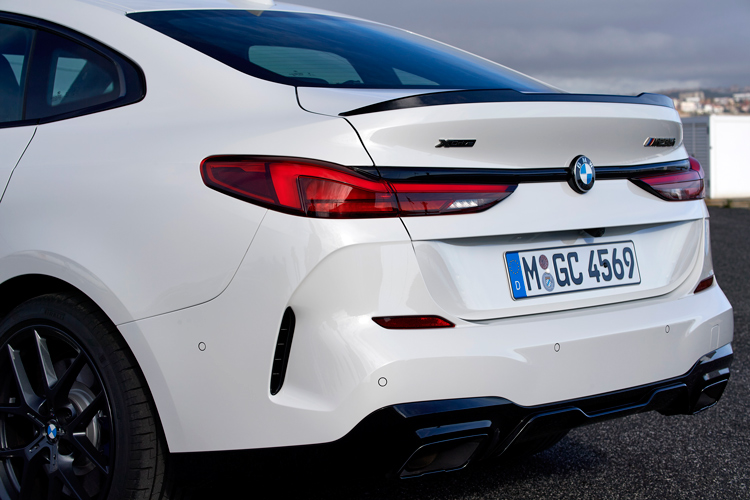 The differences are mainly from the B-pillar backwards, where the roofline falls away to meet the high-set, notchback bootlid. That high bootline, with its prominent bulge above the horizontal taillamps, has clear echoes of the 5- and 6-Series Gran Turismo and the current BMW X4, but one surprising departure from time-honoured BMW tradition is the absence of a “Hofmeister kink” – that distinctive curve of the rear side window where it meets the C-pillar, which has been a styling trademark of every BMW sedan since the 1960s.

The new car has a clear sedan profile, although BMW says that its frameless windows and arched roofline give it coupe-like looks – hence justifying the Gran Coupe moniker. You can judge for yourselves whether that contention holds water, but to these eyes the 2GC’s direct rival, the Mercedes CLA, makes a better fist of the four-door coupe styling remit. 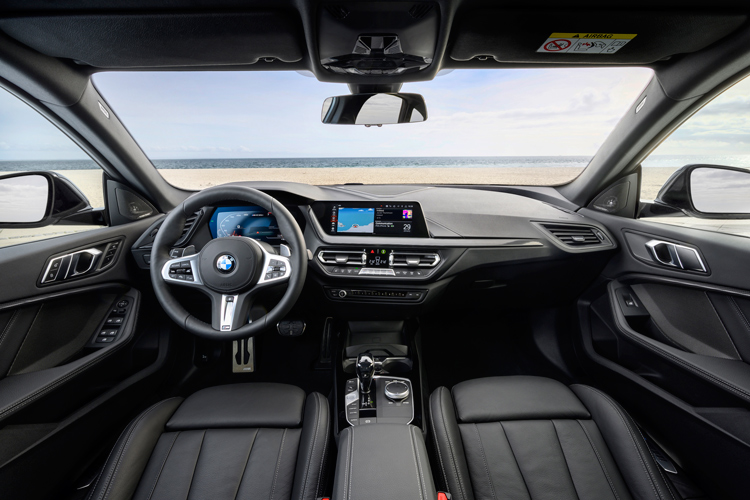 Inside, the cabin of the 2GC is familiar – because it is near-identical to that of the 1 Series. The fascia is cleanly styled and ergonomic, but the mirror-image C-shaped speedometer and rev counter dials are rather gimmicky and hard to read at a glance. Why not stick with the elegant simplicity of two large round dials, as BMW has done for the past 40-plus years?

Space-wise the 2GC is about class-average; the cabin is bright and airy and there is decent space all round, except for rear headroom which is slightly compromised by that stylishly falling roofline. Clearly of the belief that if someone wants a sedan with a boot, they want a big boot, BMW have given the 2GC precisely that – the luggage compartment is deep and long, although the hinges do intrude slightly on the load aperture. 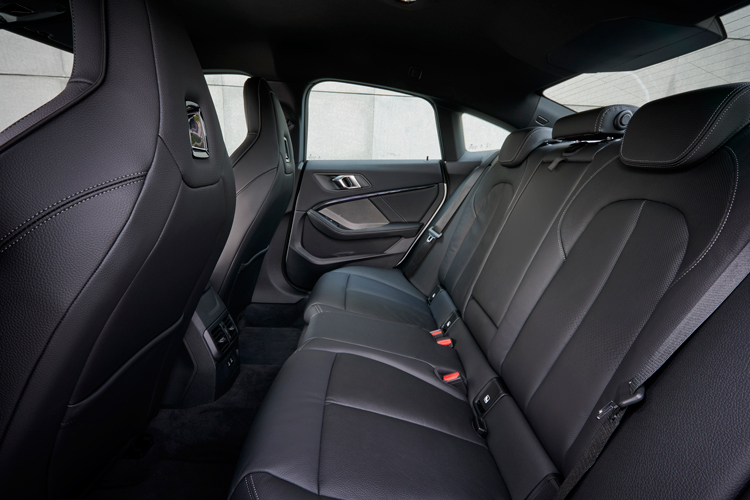 The range in Singapore starts off with the 218i, which has BMW’s sweet little 1.5-litre turbocharged 3-cylinder engine under the hood.

This powerplant, which already does service in several other BMW models as well as the MINI One and Cooper, delivers 140bhp and 220Nm of torque in this installation, but in reality it feels peppier than that – perhaps due to its eagerness to rev and its charmingly offbeat, thrummy three-pot note which is especially evident at low- to mid-revs. It takes the 218i to 100km/h in a brisk 8.7 seconds, and on to a top speed of 215km/h.

That engine drives the front wheels via a sweet-shifting 7-speed dual-clutch gearbox, which is also intuitive enough to know when to downchange for bends. Pity the 218i doesn’t have steering-mounted paddleshifters, which would add to the fun immensely. 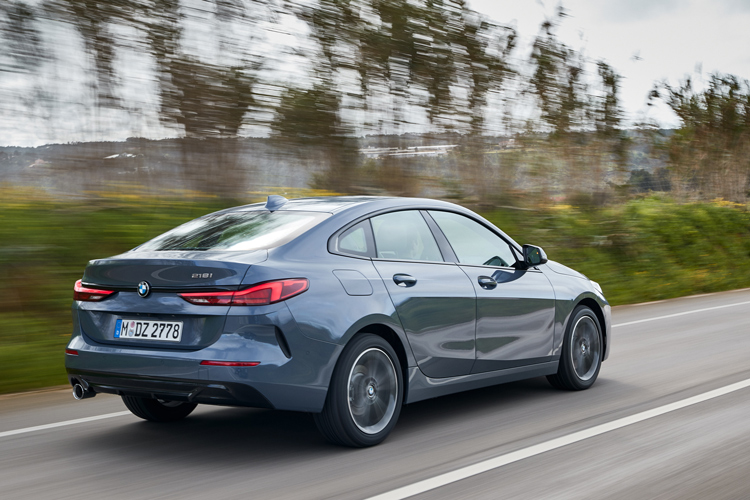 On meandering roads (such as the ones on our mountainous test route at the press launch in Portugal), the 218i shows that BMW’s chassis engineers are enthusiasts at heart. The car is keen to change direction, feels light on its feet yet planted through bends, and clings to the road like glue. Its steering is pleasingly quick and nicely-weighted, if slightly short on feedback through the rim.

The 2GC can also cosset – the ride is excellent, damping is well-judged – neither too firm nor too pliant – and the cabin is well-insulated and very refined at a cruise.

These same qualities are evident in the range-topping M235i as well. This car is far more hardcore of course, given that it has over twice the 218i’s power and torque, with 306bhp and 450Nm from its turbocharged 2.0-litre four-cylinder engine. All that urge is channelled to all four wheels through an 8-speed autobox, and this time there is the welcome sight of steering-mounted paddleshifters, giving the keen driver the chance to dictate gear-selection. 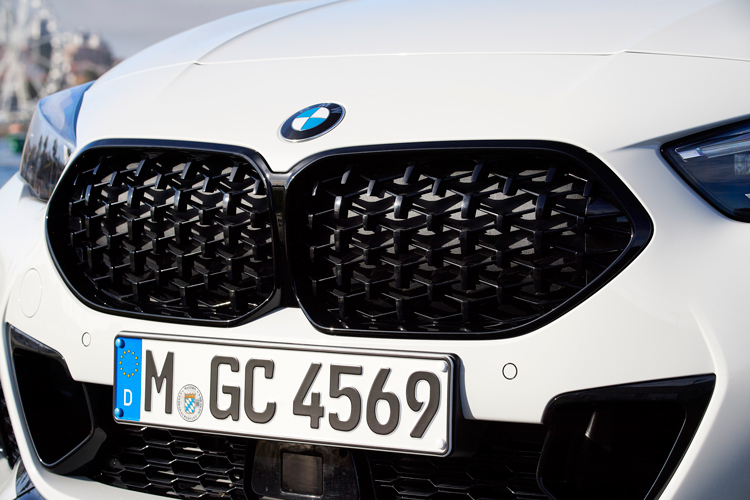 Visually the M235i is identifiable by a darkened front “kidney” grille with floating 3D vertical elements (the 218i gets the more traditional vertical chromed bars), silver door mirrors, 18-inch rims instead of 17s, and a subtle tail spoiler. Or if you prefer, you can have the grille and side mirrors in black.

Naturally, the M235i’s chassis has been upgraded too, with firmer, 10mm-lower M-sport suspension, adaptive dampers, larger M-sport brakes with 4-pot calipers at the front, M-sport steering with a slightly quicker rack, extra chassis bracing between the front struts and at the rear axle, and firmer anti-roll bar mountings. 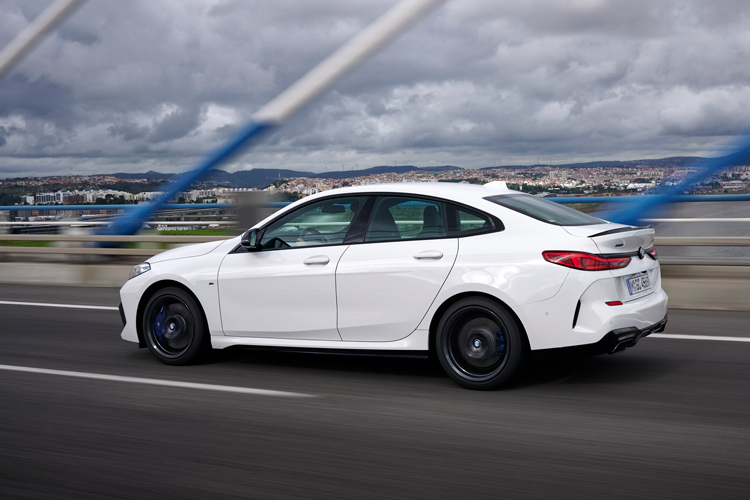 Thus enhanced, the M235i has a noticeably more serious, urgent edge than the cheery 218i. Its grips even more stoutly, rolls less around corners, and the steering feels quicker, meatier and sharper. And with all-wheel-drive, you can ease on the power far earlier in the bend than in its front-wheel-driven sibling without fear of the front washing wide – that drivetrain can send up to 50% of drive to the rear wheels, if necessary.

The new 2GC may look less sporting than its name would have you believe, but it more than makes up for it with great dynamics. BMW has clearly still got its priorities right.