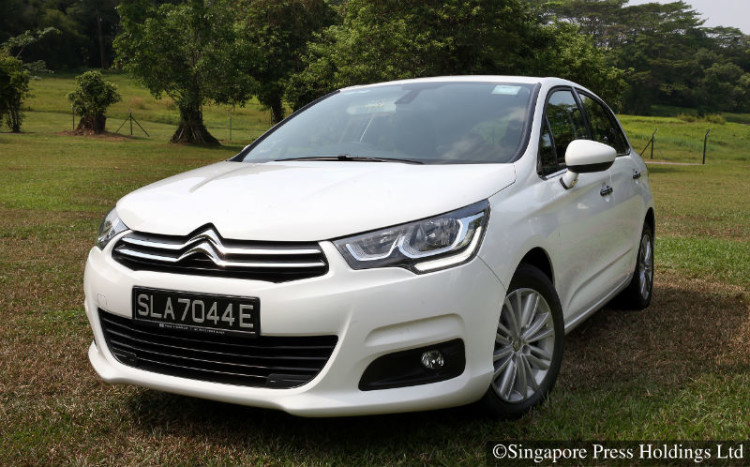 Let’s play a word association game. When I mention the word “hatchback”, what is the first thing that pops into your head?

If you had thought “Golf“, you are predictable and safe. If it was “Mazda 3“, you are probably open to new ideas. And if it was “C4”, give yourself a pat on the back for recognising the car featured on this page.

Hatchbacks are not as hot here as they are in Europe. But if you do spot some in a carpark, they are likely to be a Golf, Scirocco or Polo.

The second-generation C4, introduced three years ago and equipped with either a 1.6-litre petrol or diesel engine, is doing reasonably well as far as Citroens go, probably because it is more Golf-like than before. About 50 have been sold.

The car you see here is a facelift and it should do better than its predecessor. If nothing else, it is a lot more driveable.It is powered by a turbocharged 1.2-litre three-cylinder petrol engine paired with a conventional six-speed automatic.

That means no more jerky shifts associated with the robotised manual found in the previous car – even if it is still not the last word in seamlessness.

Its diminutive engine is surprisingly spunky and smooth-revving. It does not produce as much power and is thus not as quick in the zero-to-hundred sprint.

Still, with 230Nm of torque available from 1750rpm, it is reasonably zippy in the city. It has a couple of flat spots in its rev range, but they are not noticeable unless you are in a real hurry.

Overall, the drivetrain is far better than the previous one. And the smaller engine means lower road tax. To be precise, you save $218 a year.

There are theoretically fuel savings too, but during the test-drive, the C4 hatch averaged 11.2km/L – nearly twice Citroen’s declared consumption figure.

Besides the new drivetrain, the C4 has new lights fore and aft. It now has keyless access and ignition too. Inside, there is a new 7-inch touchscreen infotainment monitor.

But the panoramic glass roof found in the predecessor is no longer available in the car offered here.

How does it compare with the Golf 1.2 then? Well, the C4 has better ride comfort, but is not as roomy in the second row. For folks who need to lug a lot of things around, the French car is a better bet.

The Golf offers smoother (and quicker) progress, but it is not as well equipped. The Citroen’s build quality holds up to close scrutiny and it is nearly just as fun at the helm as its German rival.

And, frankly, the C4 looks more interesting than the Golf. Which is probably why you should not gravitate automatically to the first thing that pops into your head if you are shopping for a hatch. Go check out the C4 as well.