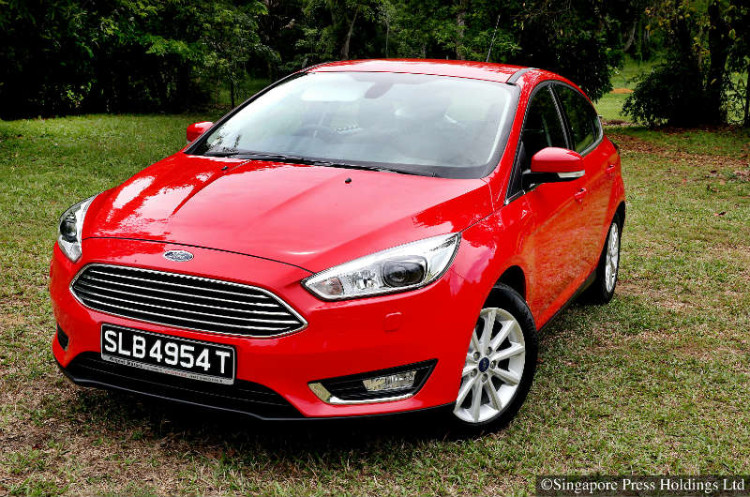 Sometimes, carmakers are able to beat the laws of physics.

They make SUVs which drive like coupes, minivans which feel like grand tourers and enormous cars which feel compact at the wheel, not to mention small cars which are extraordinarily roomy.

At other times though, physics will not budge. For instance, if you downsize a car’s engine and expect it to have the same or better performance, it may be possible. But something will have to give.

In the case of the Ford Focus 1.0, it is fuel efficiency.

(Click here to see how the pre-facelift, 1.6-litre Ford Focus does against the Renault Fluence 1.5.)

The test-car returns an average of 9.1km per litre, a figure you would associate with a 2-litre power plant, not a sub-litre unit.

The figure is also half of Ford’s declared 18.2km per litre. Sure, most real-life economy figures are higher than stated numbers, but this differential is far wider than expected. Certainly, it is much wider than what was witnessed in the Ford Fiesta 1.0.

Of course, the Focus is bigger and heavier than the Fiesta. Its engine is also tuned to produce more power – 125bhp instead of 100bhp. In fact, the Focus 1.0 has more power than Volkswagen’s slightly smaller Golf 1.4.

Which means if you are not particularly bothered with efficiency, the Focus is a fairly enthusiastic hatch with the ambition and capability of a car with a substantially bigger engine.

Like all latter-day Fords, it is thoroughly pleasing at the wheel. With its light and responsive throttle, smooth and free-revving engine, and a well-matched transmission, the Focus accelerates brilliantly.

Whether you are taking off from the lights or picking up speed in mid-cruise, it does not disappoint. 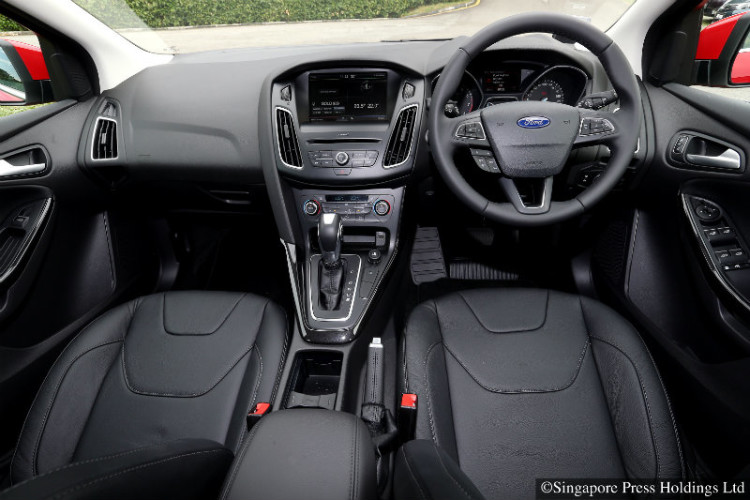 It is only when you need to overtake urgently that the car appears out of puff. But those times are rare in Singapore. And when you need to fill a gap in traffic, it is not the quickest car for the job.

You could, of course, drive it like a manual. But that would mean fiddling with an unintuitive rocker control situated on the side of the gear lever.

Torque is a half-decent 170Nm, available from 1400rpm. This makes for fairly breezy motoring when you are in an unhurried frame of mind.

On the whole, the Focus is not nearly as fun as its smaller sibling, the Fiesta. Equipped with the same engine, the Fiesta is a feisty little runabout that charms you with its exuberance and taut handling.

Even though it is slightly bigger than the Golf, the Focus feels like a far larger car. Body roll and flex are more noticeable, although ride comfort is beyond reproach.

While the three-year-old Golf still feels youthful, the four-year-old Focus is beginning to show its age – at least in the way it moves.

The five-door is also spacious, both in the cabin and in the boot.

As for its fuel efficiency, it is no better than the normally aspirated 1.6-litre test-driven in 2012. The only advantage it has is a substantially lower road tax. And that has nothing to do with physics.