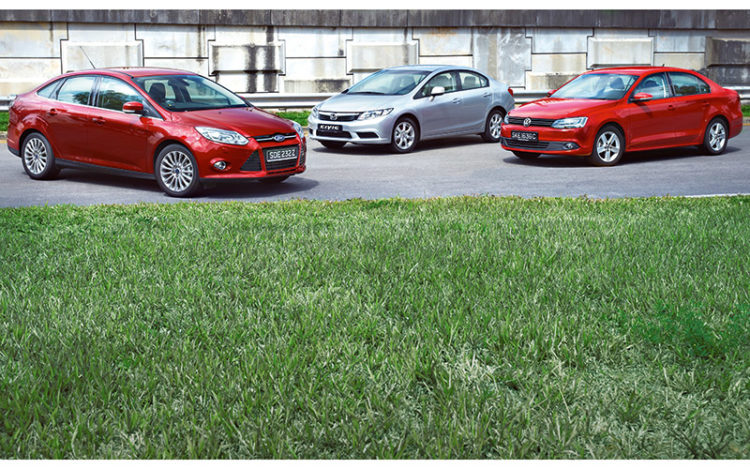 An econobox is a humble runabout with the bare necessities – passable styling, a mediocre engine and basic on-board equipment. (Think of it as economy-class travel for the road.) But just as airlines now offer better coach seats with more legroom and a few other amenities, automakers too have upgraded some of their econoboxes and turned them into upscale family saloons – such as the three competing cars featured here.

One of the first bread-and-butter models to move upmarket was the Honda Civic. This ninth-generation model might look similar to its predecessor, but it actually has a roomier cabin within a more compact body. The Civic’s easygoing manners are a result of its slick ergonomics and smooth powertrain; the latter carried over from the previous incarnation.

The Jetta (tested in mid-level Comfort trim) continues to be the most popular VW model in Singapore, where notchbacks have always outsold hatchbacks. Besides a streamlined design, the Jetta’s other selling points are a comfy interior, a peppy yet frugal drivetrain and prestigious German branding (despite being made in Mexico).

Bringing a dose of sportiness to this shoot-out is the newest contender in this segment, the four-door Ford Focus in range-topping Titanium spec. The new Focus’ well-sorted suspension and steering should reward keen drivers, while its array of infotainment features is bound to entertain passengers. Its youthful styling will appeal to the younger generation of family men, too.

Each of these family saloons is equipped with “Executive Economy” goodies, but which one provides the best value? Come on board to find out. 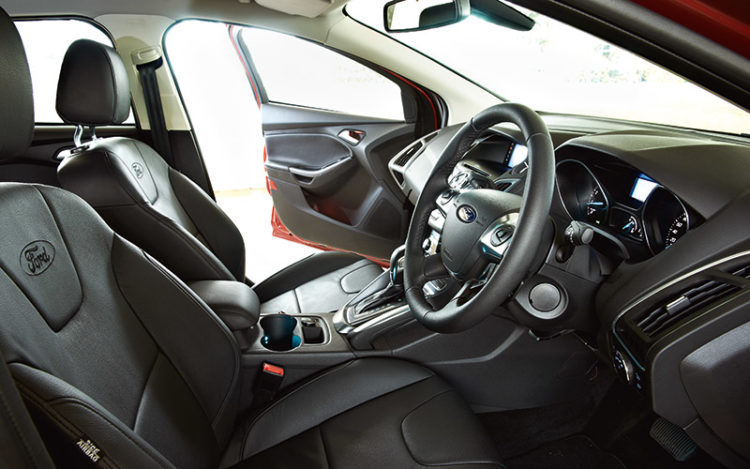 FOCUS – Smallest cockpit also has the busiest layout, but is the only one with keyless ignition and additional lighting by the door bins. Seats are better bolstered than in either challenger. 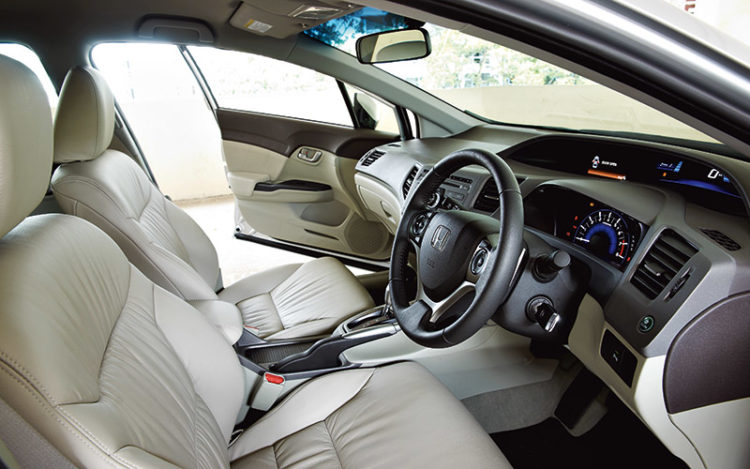 CIVIC – Outward visibility is the best thanks to the well-sized windscreen and wing mirrors, but dashboard materials are ?the least agreeable. Widest footrest means a more comfortable driving position. 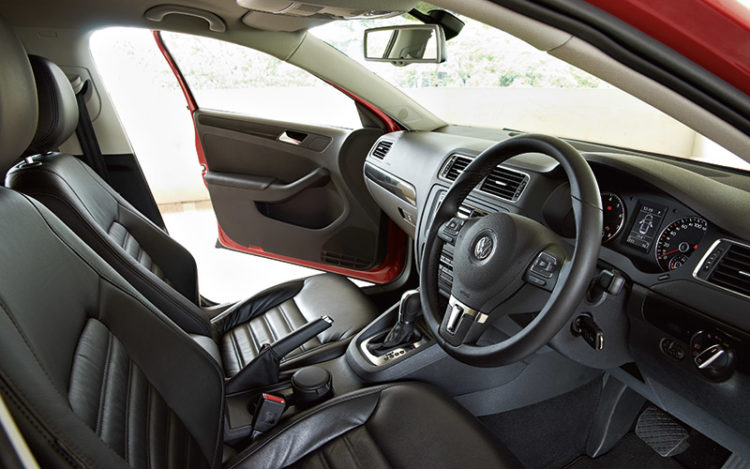 JETTA – Cockpit is the most practical as it has the largest door bins and glovebox. The tilted wing mirror controls are less intuitive than in the rest, but the location of the boot lid release is the most convenient.