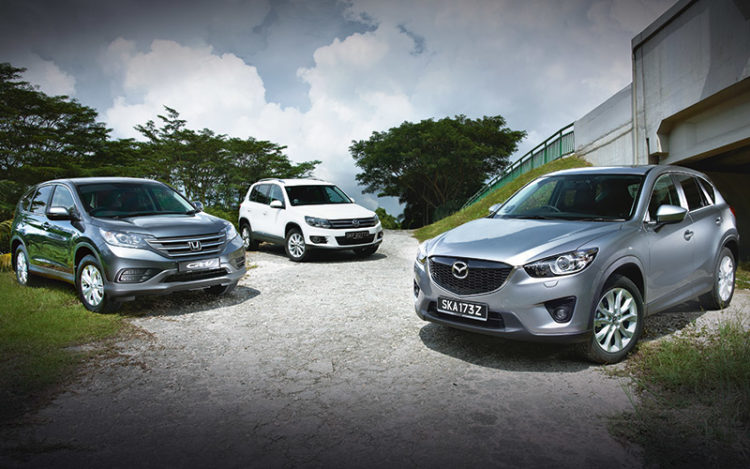 Before compact crossovers (hatchbacks with an SUV-like stance) became all the rage, families with two kids usually opted for a small four-door as their main runabout. But a saloon isn’t very versatile when it comes to transporting people and cargo. This is where the flexibility of a compact crossover comes in handy.

Arguably the best-known of the three crossovers here (due to it having the longest model history) is the Honda CR-V. Seen here in fourth-generation guise, the CR-V (short for Comfortable Runabout Vehicle) promises even more space than before and better performance. But it won’t be “running about” too far off the beaten track, because it is only available in Singapore with front-wheel drive, like the CX-5.

Mazda’s all-new crossover (tested here in “Luxury” spec) aims to attract outgoing family men with its Kodo styling language and generous equipment level. At the same time, the CX-5’s suite of Mazda Skyactive technologies (which include an optimised drivetrain and lightened chassis) promise to enhance the car’s driveability and fuel efficiency vis-a-vis class rivals like the CR-V and Tiguan.

The German SUV (whose name is a creative combination of the words “tiger” and “iguana”) targets families with active lifestyles, which is why it has all-wheel drive and standard roof rails (the only car so equipped in this Group Test). The Tiguan also packs a potent powertrain that can be ordered with VW’s slick dual-clutch transmission.

Which of these three cars can best convince the family man to make the move from anaemic three-box saloon to dynamic five-door crossover? Continue reading to see the results of this shoot-out. 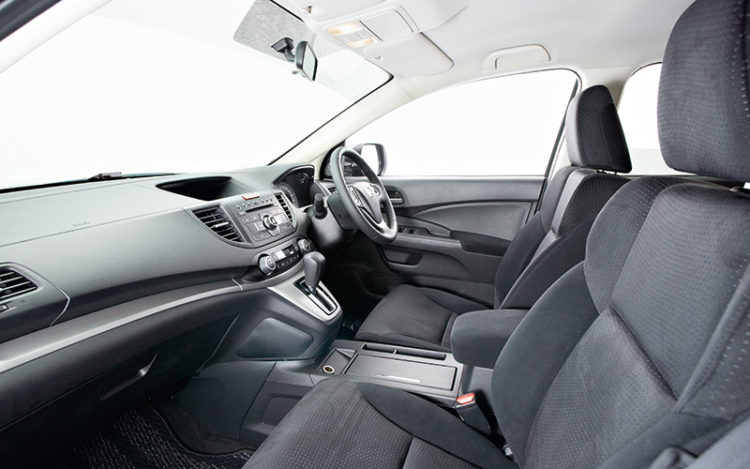 CR-V – Provides the best visibility and practicality with its optimum seating position and ample storage points (e.g. numerous cupholders), but is the only cockpit here lacking the convenience of keyless entry/ignition. 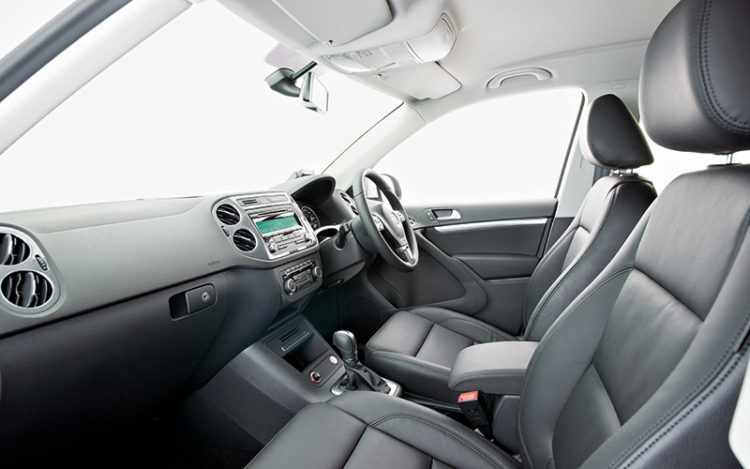 TIGUAN – Has the most commanding driving position and seats that are more comfortable and supportive (especially for the thighs) than the rest. Also has the added convenience of a one-touch up/down function for all the windows. 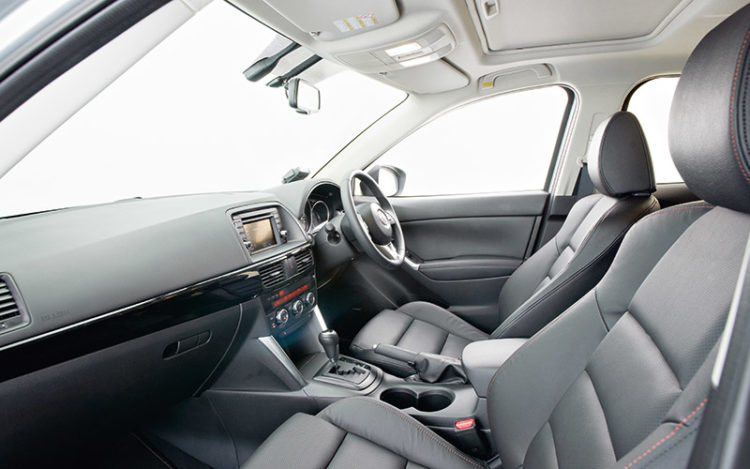 CX-5 – Comparatively small cockpit is also less practical than its rivals’, but ideal for long journeys thanks to it having the widest footrest and an electrically adjustable driver’s seat. Standard sunroof gives this space a more upmarket feel, too.