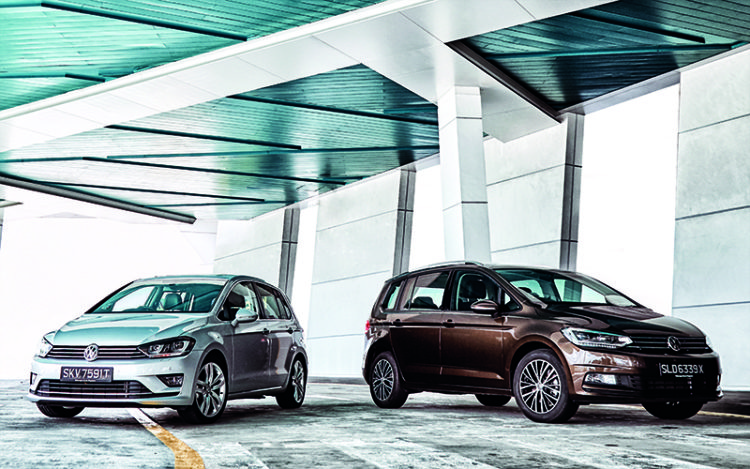 Family men who find themselves in the Volkswagen showroom shopping for multi-purpose vehicles (MPV) have four models to choose from – the Sportsvan, Touran, Sharan and Caddy.

Apart from the Sportsvan, which is a five-seater, the rest of the models are seven-seater MPVs. This makes the Sportsvan the odd one out – and not just within Volkswagen’s range. The majority of MPVs that are sold in Singapore are of the seven-seater variety.

We’ve placed the Sportsvan alongside the Touran because under VW’s roof, the latter is the former’s closest rival.

Both MPVs, which we tested in Highline and Comfortline trim respectively, are essentially separated by a pair of seats and a price difference of $11.5k (at time of writing).

Otherwise, the two VW MPVs have a lot in common. Both models, for instance, have cockpit layouts so similar that it’d be difficult to tell them apart if you were blindfolded before being ushered into either one.

Between the two, however, it’s the Touran’s cockpit which is more spacious and practical.
In the driver’s seat, you’re immediately aware that you’re behind the wheel of a sizeable MPV, especially since there’s a lot more headroom. 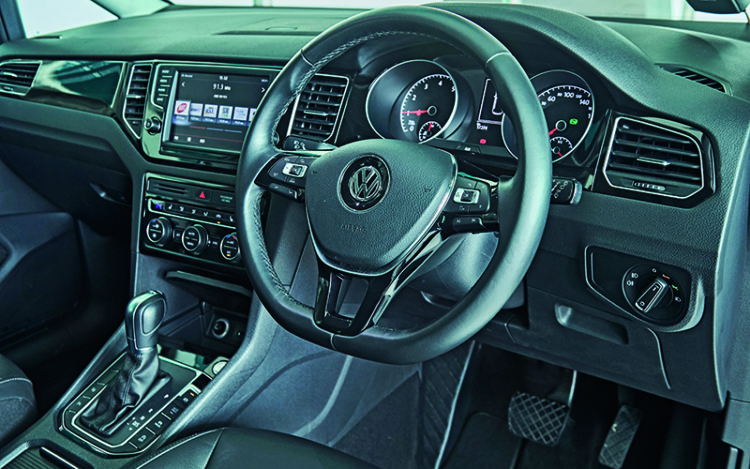 The Touran also has an additional storage compartment above the glovebox, a removable storage box beneath the centre armrest and an elastic net for the front passenger to secure items such as tablets.

The Sportsvan’s cockpit, on the other hand, only feels slightly bigger than a Golf’s. There’s no removable storage bin or netting, but there is an elastic strap in the front passenger’s footwell.

At any rate, the generously sized doorbins are able to swallow a variety of loose items.
When it comes to second-row accommodation, taller passengers will prefer the comfort of the Sportsvan’s backseat and its taller backrests.

But in terms of overall spaciousness, it’s the Touran’s second row that impresses. Apart from providing more legroom, it also has a completely flat rear floor, so the middle occupant doesn’t have to sit with his legs apart.

And although both MPVs have rear air-con vents, the Touran offers a third climate zone for occupants in the rear.

Naturally, if there’s more than one passenger, they’re going to have to discuss/argue amongst themselves to come up with an optimal temperature setting. 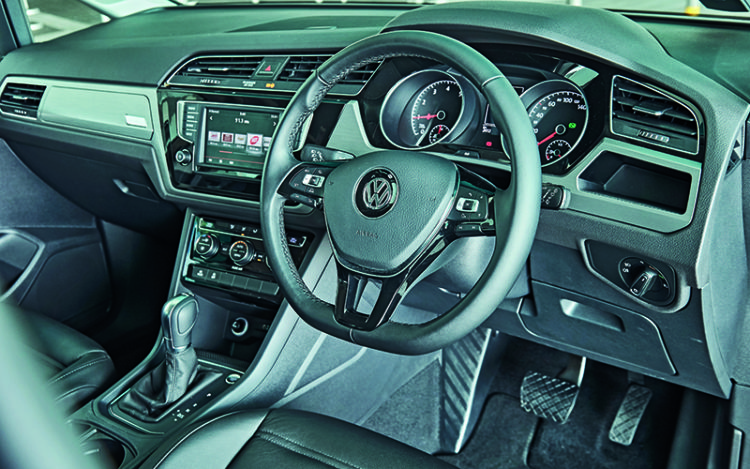 You won’t hear as many arguments, however, from the two folks you’ve kindly requested to sit in the Touran’s third row. Because this latest model is bigger and has a longer wheelbase than its predecessor, there’s now a decent amount of space in the last row.

But when it comes to performance, the Sportsvan is more impressive than the Touran, despite both MPVs having similar century sprint times on paper.

The Sportsvan’s 125bhp and 200Nm outputs are 25bhp and 50Nm less than the Touran’s, but the former is surprisingly sprightlier than the latter.

It’s even more amazing when you also consider that the Touran’s power-to-weight ratio of 101.5bhp per tonne is actually 11.1bhp per tonne higher than the Sportsvan’s.

The Touran, however, has the edge in ride comfort. Its longer wheelbase and more pliant suspension give it better composure over bumpier surfaces than the Sportsvan.

All told, the Sportsvan has the edge in driveability and second-row occupant comfort, but yields to the Touran in terms of overall space, practicality and refinement.

Therefore, should you find yourself shopping for an MPV in Volkswagen’s showroom, it’s going to be hard to justify opting for the Sportsvan when the more capable Touran is available for less than $12k more. 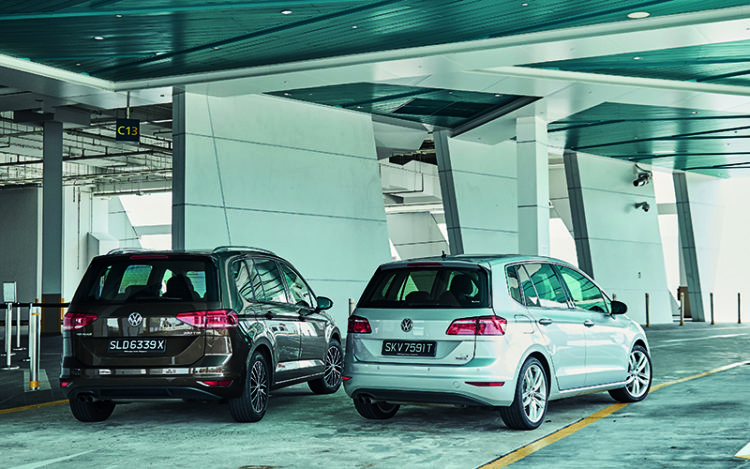