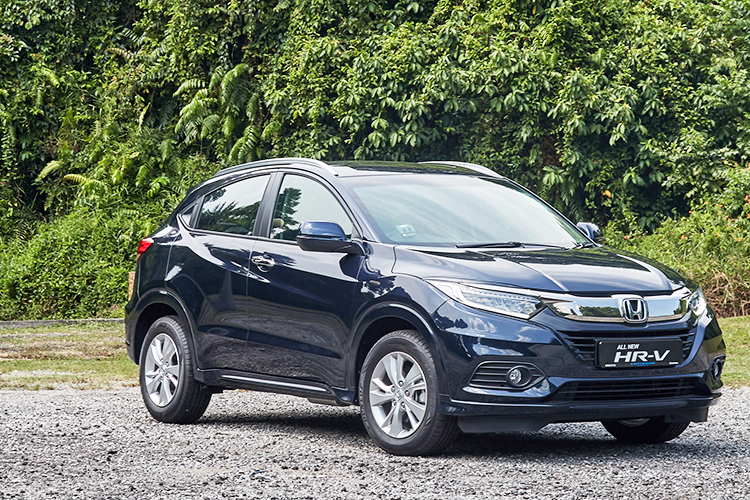 The Honda HR-V is like your favourite jeans-and-shirt combo.

It is comfortable, relatively practical for it has enough pockets for your things, and can be worn just about anywhere.

The only issue is that there are a lot of other people also “wearing” the same ensemble. The only difference is that these folks have Vezels – the parallel-imported twin of the Honda HR-V.

So, post-facelift, does the Honda HR-V now manage to stand out in a sea of Vezels?

Frankly, no. The aesthetic changes to the HR-V are so minor that it took me a while to spot them.

The biggest difference between the pre- and post-facelift HR-V models is that the latter has more chrome on the grille. The headlamps are slightly different, too.

The Honda HR-V also gains a thin strip of chrome between its tail-lights.

Everything else, including the wheels, are identical to the previous model’s. 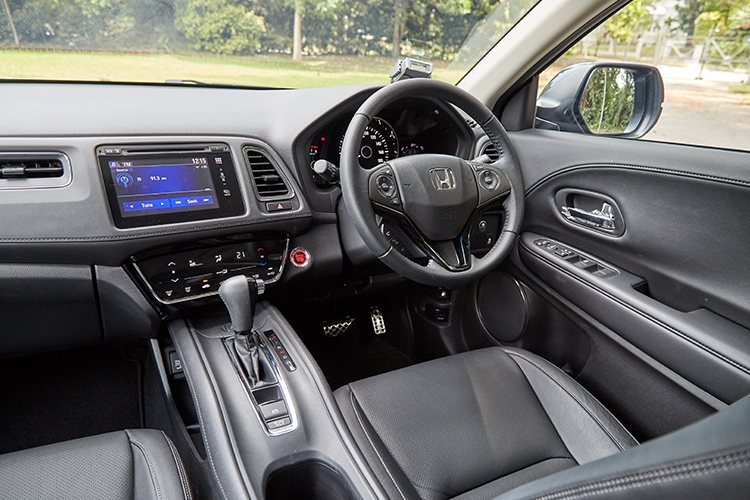 HAS ANYTHING INSIDE CHANGED?

Yes. Although visually, the Honda HR-V’s interior looks the same, there have been a couple of new additions.

There are now USB ports and a HDMI port, with the former being useful for recharging phones on the go.

The 6-speaker system, which was common across the HR-V LX (higher-spec) and HR-V DX (base spec) variants, is now only available in the former.

Everything else feels familiar, though. Get into the driver’s seat and you’ll be facing the same steering wheel, meters and infotainment system as before.

I like the large storage spaces on the centre console between the front seats. But you shouldn’t leave anything important, like wallets or phones, in the lower bins. You’re likely to forget them.

I am okay with the same infotainment system, which is relatively intuitive.

But I felt that Honda should have done more to raise the HR-V’s practicality. The door bins, for instance, are still only ideal for water bottles. 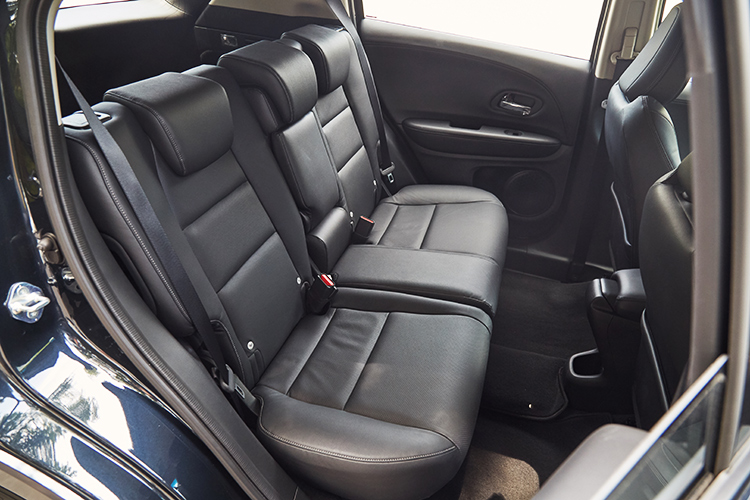 And the air-conditioning system, while powerful enough to deal with our torrid climate, could use a second climate zone.

The backseat (above) remains unchanged as well. Here, the carmaker could have made some very cushy additions.

An extra pair of air-con vents would be very welcome. And if the backrests could be taller, that would be nice, too.

But the Honda HR-V’s backseat still ticks the right boxes. It is very spacious, offering lots of legroom and headroom.

And the middle occupant doesn’t have to feel awkward either, thanks to the negligible floor protrusion. And the centre headrest is also the same size as the other two.

DOES IT DRIVE DIFFERENTLY?

Short answer: no. Drivetrain-wise, the Honda HR-V still has the same naturally aspirated 1.5-litre 4-cylinder paired to a CVT.

On the go, the HR-V feels peppy from rest till about 70km/h. After that, you’ll need to keep your right foot pressed down hard if you want swifter progress.

This is just about right for city driving. And if you’re concerned about fuel consumption, there are two features that can help. 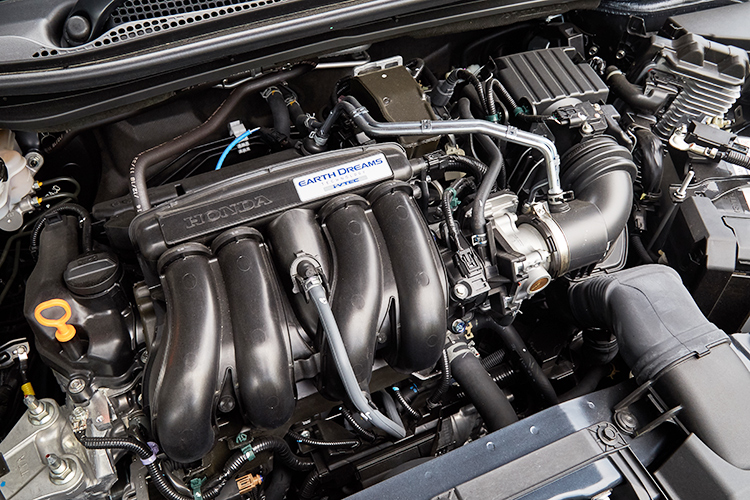 One is the glowing ring that surrounds the speedometer. Whenever it glows green, you’re driving economically.

The second is the “Econ” button located on the right side of the dashboard below the steering wheel. Pressing this makes the accelerator pedal less responsive and reduces the air-con compressor’s power to save fuel.

The Honda HR-V is not the nimblest crossover around, but as long as you’re not pushing hard, it’s fine. This is how the majority of motorists drive anyway.

Overall visibility is good and the ride quality is pliant. My one peeve is the road/tyre noise, which is more intrusive than expected. 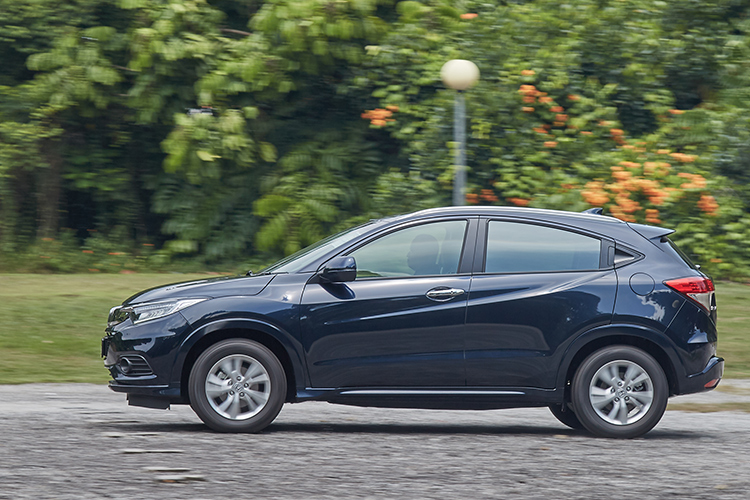 WHO IS THE HONDA HR-V FOR THEN?

Just going by the numbers on the road (Vezels included), the answer is most motorists.

The HR-V is Honda’s modern-day (in an age where everyone wants a crossover or SUV) answer to the Toyota Corolla. It ticks all the right boxes for most drivers, especially those with families.

Roomy, practical, easy to drive and with a higher hip point, easy ingress/egress, too.

The Honda HR-V really is like your favourite jeans-and-shirt ensemble. You can’t go wrong wearing it.

You just have to be okay seeing a lot of other people clad in the same outfit, too. 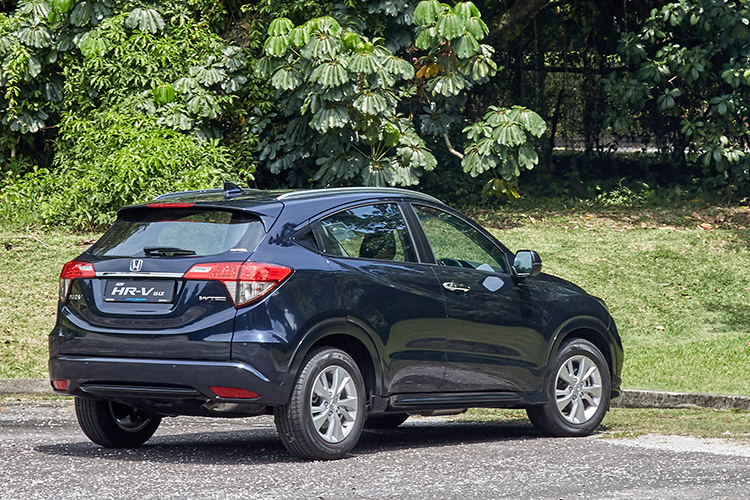