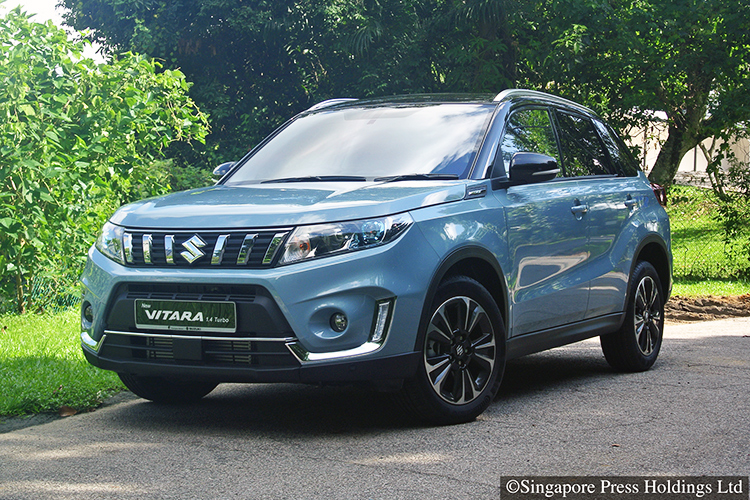 The gorgeous girl with an amazing personality whom you want to go to the prom with is unavailable. What would you do?

Well, you could ask another who may be less attractive, but still has the same dazzling character.

This is perhaps the dilemma that Suzuki fans are facing now. The most desirable car in Suzuki’s line-up is arguably the Swift Sport.

But the car, which was launched overseas more than two years ago, is not available here through Champion Motors, the official Suzuki agent.

Champion, however, has the Vitara, an SUV (sport utility vehicle) which looks nothing like the Swift Sport, but has the same 1.4-litre turbocharged engine and 6-speed automatic gearbox.

Up till now, the fourth-generation Vitara was rather dull with a humdrum naturally aspirated 1.6-litre engine. It took 13 seconds to reach 100km/h – longer than a Toyota Corolla Altis.

The new engine shakes things up.

Its other changes are cosmetic. The grille gets a new design, with six short vertical slates that look like they are radiating from the Suzuki logo instead of the previous two long, horizontal slates.

The Suzuki Vitara’s front bumper has been redesigned. So have the headlamps and tail-lamps, which are now equipped with LEDs.

Inside, the Vitara’s instrument cluster gets a new iPhone 5-sized full-colour LCD display between the speedometer and tachometer.

The sole Suzuki Vitara variant available here in Singapore is front-wheel driven. But this is not a deal breaker as most buyers of crossovers are unlikely to venture off paved roads.

And it is on the tarmac that the Vitara excels. Peak torque is accessible from a low engine speed and extends to the mid-range, which means the car remains punchy at all times.

Over a one-day test-drive, I found myself hitting unpublishable speeds in a flash. 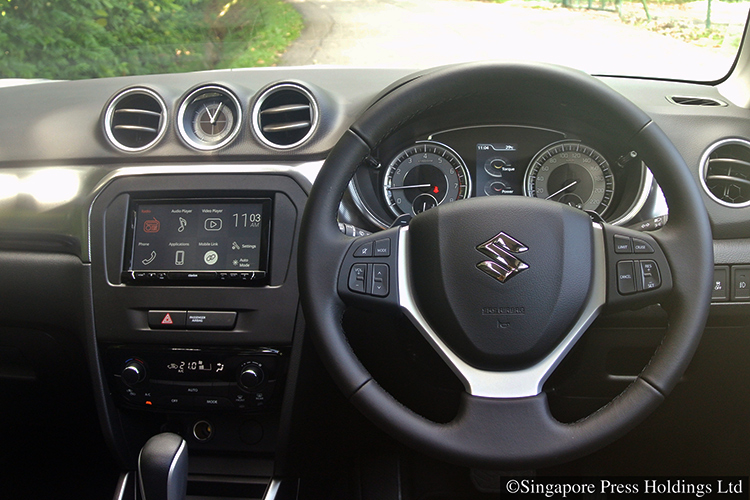 The Vitara’s 6-speed gearbox is quick-shifting, with steering-mounted paddles boosting the level of involvement for enthusiastic drivers.

On expressways, the Suzuki Vitara is zippy – it slips effortlessly into gaps in the traffic and keeps pace easily with faster-moving vehicles.

And it is surefooted around the bends in Mount Faber Road and Neo Tiew Road, with car-like damping.

The Vitara’s driving position is spot on, with high all-round visibility. The panoramic sunroof makes the cabin more expansive.

The squarish, nearly flat boot with rear seats folded down is appealing to both families and active singles.

But what is less appealing in the Suzuki Vitara is the locally fitted Clarion infotainment unit, which has a jet-black frame that disrupts the cohesiveness of the cockpit. 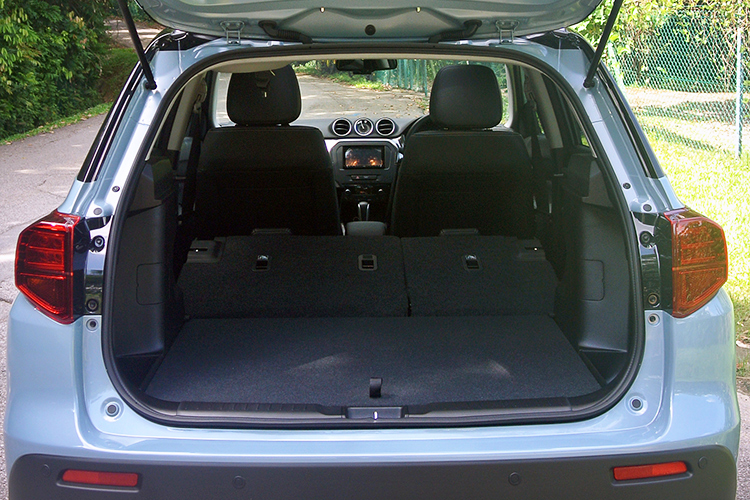 The Vitara belongs to a competitive crossover segment. Its immediate rivals are the Honda HR-V, Mazda CX-3, Nissan Qashqai and Toyota CH-R.

The Vitara is more expensive than the HR-V, about the same price as the 2-litre CX-3, but cheaper than the Qashqai and CH-R.

Performance-wise, it matches the CX-3 and is quicker on the sprint than the rest.

Overall, the Vitara is a cheaper and faster car than its rivals. This makes it rather attractive for those looking for a compact crossover.

But the biggest draw for me is that the Suzuki Vitara reminds me of the Swift Sport.

It is like a more practical version of the hot hatch, which makes it not too shoddy an alternative to the unavailable pocket rocket. 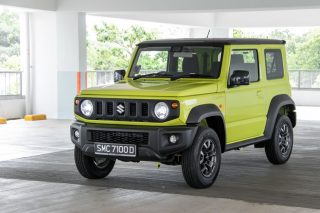