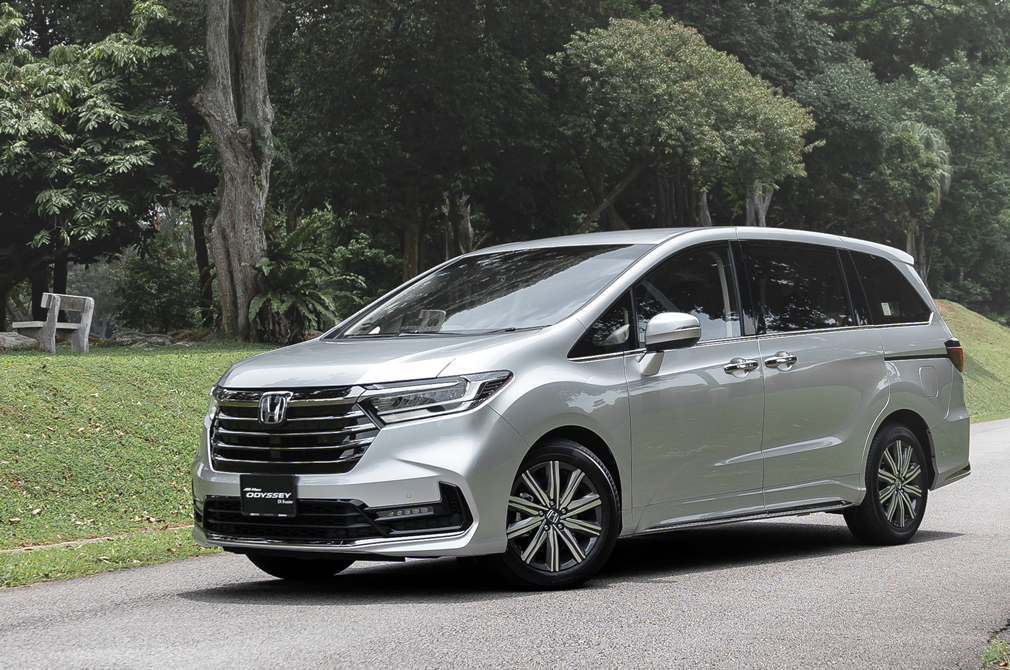 Honda must really like its fifth-generation Honda Odyssey – it seemingly wants it to live forever. Launched in 2013, the popular MPV underwent what we then thought was a mid-term facelift in 2018.

Yet three years later, Honda has facelifted the car again instead of giving us an all-new model.

Honda is clearly looking to emulate the box-on-wheels style of Toyota’s Alphard, Nissan’s Elgrand and the like. At the back there are restyled tail-lamps which, at a squint, resemble those of the pre-facelift G11-generation BMW 7-series. 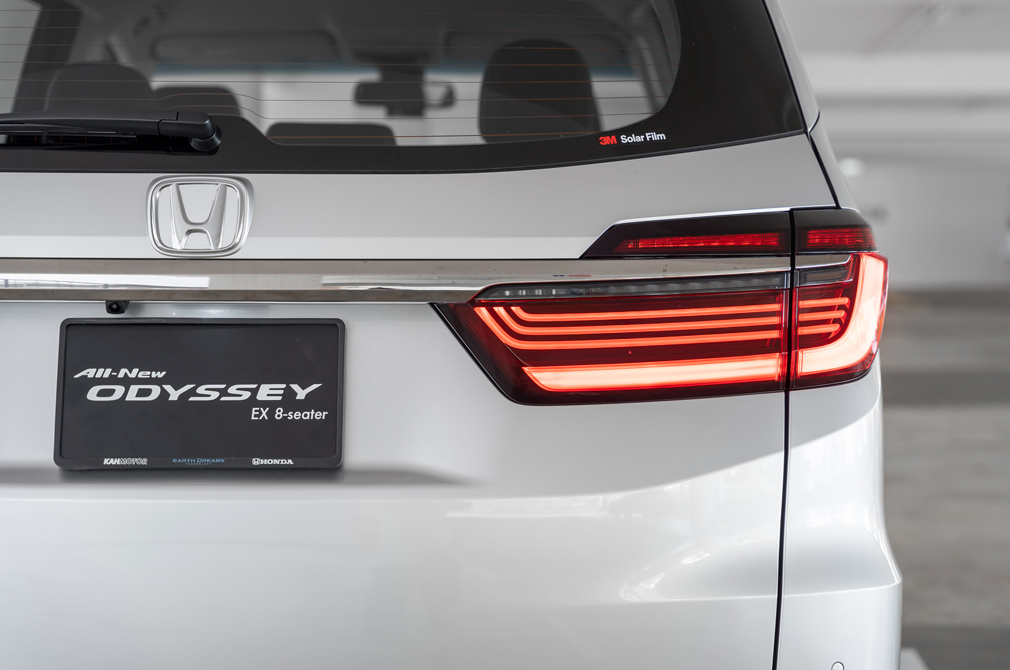 There isn’t anything new under that restyled bonnet. The familiar 2.4-litre naturally-aspirated 4-pot delivers the same 175PS and 225Nm of torque that it did back in 2013, and still drives the front wheels via a CVT gearbox.

So the last eight years have seen no advances in fuel economy (which remains at a claimed 8.1 litres per 100km) or performance. Honda declines to provide specific numbers, but the pre-facelift model had a quoted century sprint time of 11.7 seconds.

Suffice to say the Odyssey won’t be winning many races, not even against other MPVs. Perhaps Honda should have focused on giving its engine more grunt, instead of making the grille more “powerful-looking”.

On the move, the Odyssey remains competent but thrill-free. It moves off smartly enough, with the CVT box allowing seamless step-off and low-speed progress.

Ask for more however, and the engine turns loud as, in typical CVT fashion, the revs instantly rise and the car itself then slowly gathers speed to match.

The 225Nm max torque comes at a fairly high 4000rpm, so the car lacks both the ultimate urge as well as the effortless mid-range delivery of more modern turbocharged rivals. 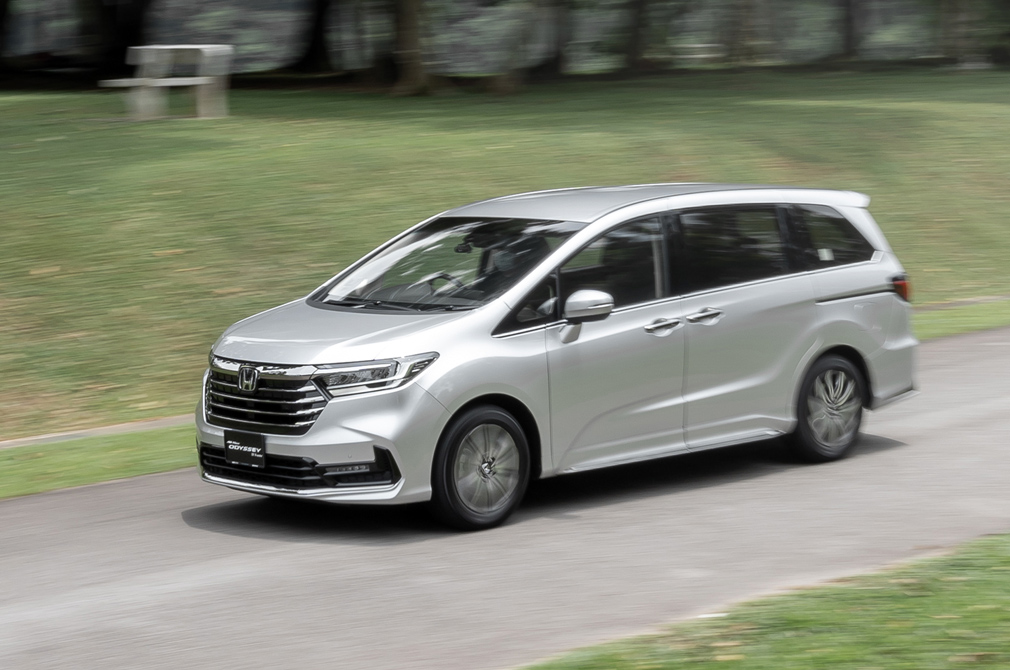 The ride is cushy-soft, meaning that bumps are well-smothered but there is also noticeable bodyroll at moderate speeds. The car also takes a second or two to settle over road humps and pronounced surface dips.

But drive it as most users will – ie languidly, one hand on the wheel and the other holding a cup of bubble tea – and the setup makes perfect sense. Auditory and tactile intrusions are kept well at bay, and you will arrive at your destination having barely been aware of the journey.

It helps immeasurably that the Odyssey’s cabin remains the commodious, comfortable sanctuary it has always been.

The standard Odyssey EX seats eight in a 2-3-3 configuration, but the plusher (and $9k more expensive) Odyssey EXV is a 7-seater, with a pair of Ottoman armchairs replacing the second row bench, for a 2-2-3 layout.

Whichever seating configuration you choose, cabin space is huge – a basketballer will have ample stretching room in any of the 3 rows. There are dedicated aircon vents serving each row, big storage bins in the doors and a particularly clever height-adjustable centre console tray. 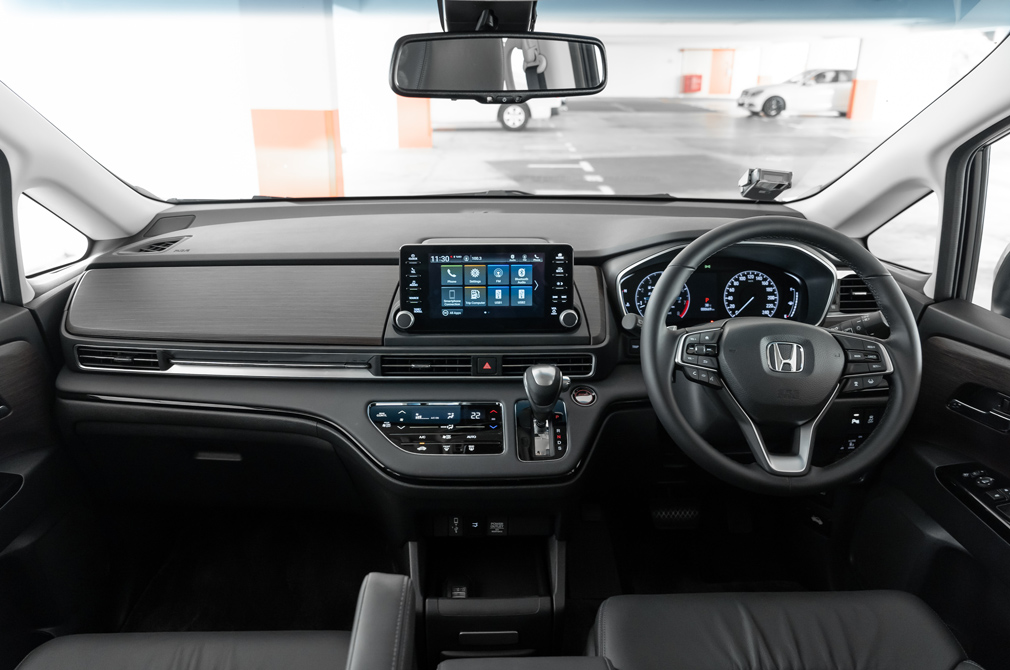 The dashboard benefits from a restyled upper half topped by a larger 8-inch touchscreen (up front 7 inches before) with Apple CarPlay and Android Auto capability, and there is an additional lidded storage compartment on the passenger side, but otherwise things are much as they were.

There are also a host of intelligent safety features such as adaptive cruise control, lane-keeping assist and automatic collision-mitigation braking. The presence of 6 airbags is reassuring, with the side curtain airbags extending all the way to the rearmost row. 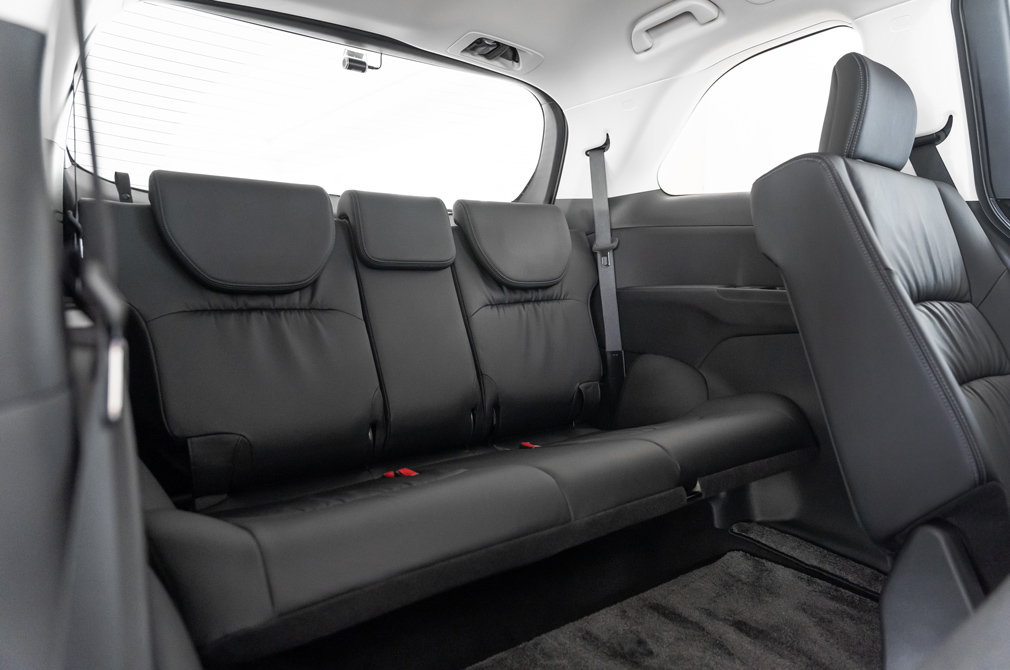 A nifty new feature is Reservation Lock, which automatically locks the car once all doors are shut without your needing to press the keyfob.

Need to occasionally carry bulky loads? The third row of seats do a double-flip into the boot floor, leaving an utterly cavernous space behind the second row seats. Never mind transporting bicycles in the boot, you can probably get in and ride the bike around there.

So this car doesn’t move the game on much. But given how popular the fifth-gen Odyssey has been these past eight years, it’s clear that there are many buyers simply seeking low-effort, comfortable and capacious transport. And the 2021 Odyssey provides just that. 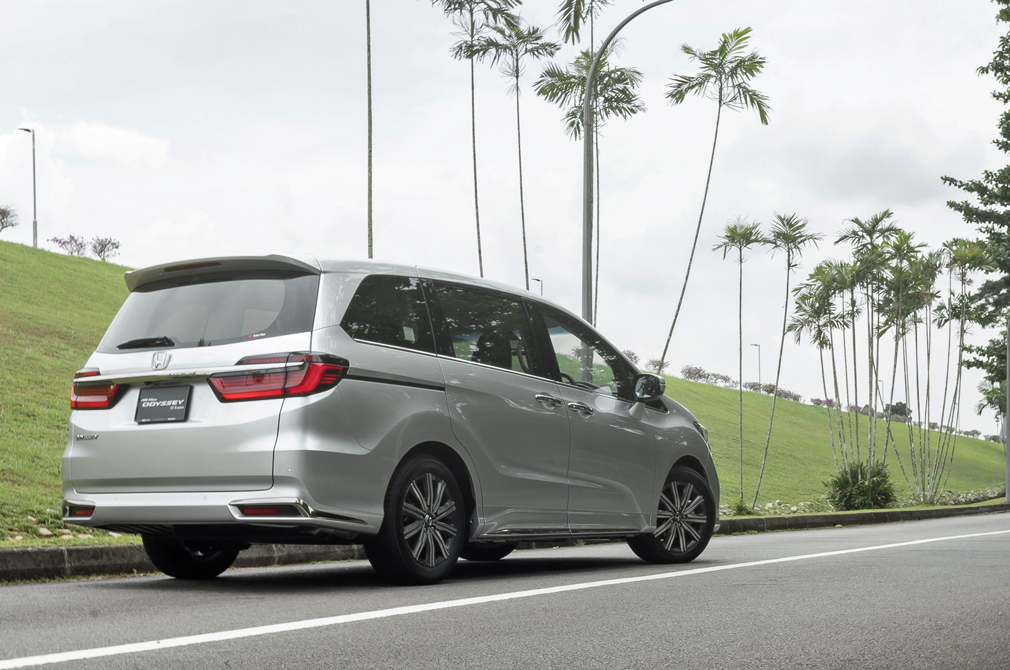