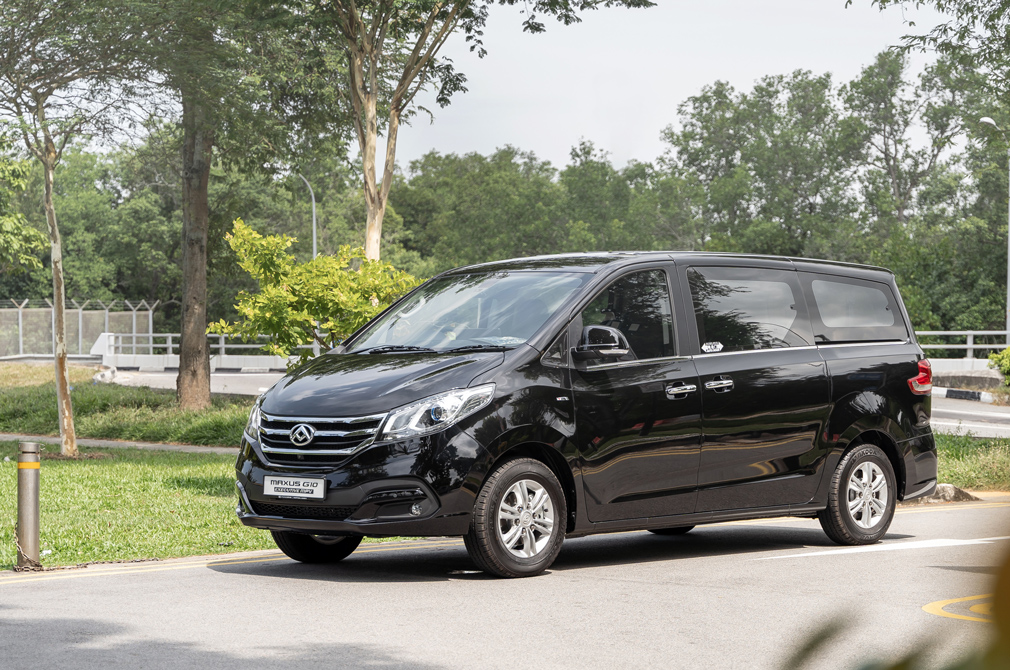 If I were a captain of industry looking for a way to go from one boardroom meeting to the next, the best vehicle for my needs wouldn’t be a flagship limousine.

Rolling up to a building driveway or hotel lobby in a Rolls-Royce Phantom, Bentley Flying Spur or Mercedes-Maybach will definitely turn heads.

But if I wanted to make an even bigger entrance, I would do it in a big business van accompanied by my key staff. The sight of my corporate entourage dressed in sharply tailored suits is both impressive and intimidating. 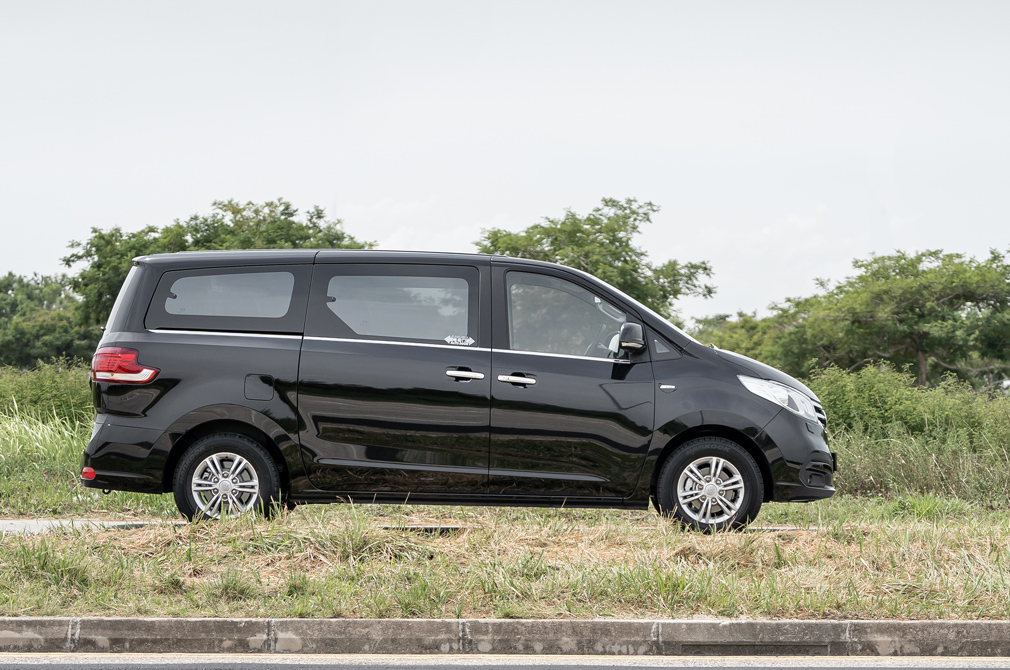 MAXUS G10 EXECUTIVE: I AM BIG

I used to think that an MPV like the Toyota Alphard/Vellfire was palatial, but it now seems small compared to the Maxus G10 Executive.

There’s a lot to say about the Maxus G10’s dimensions, but not much to add when it comes to its styling. Though slab-sided, it is generally inoffensive, and the designers even added some lines along its flanks to jazz it up.

Another thing that’s large is the glass area – the windows are noticeably bigger than the Alphard’s. As we shall soon see, this bodes well for both the interior and its occupants. 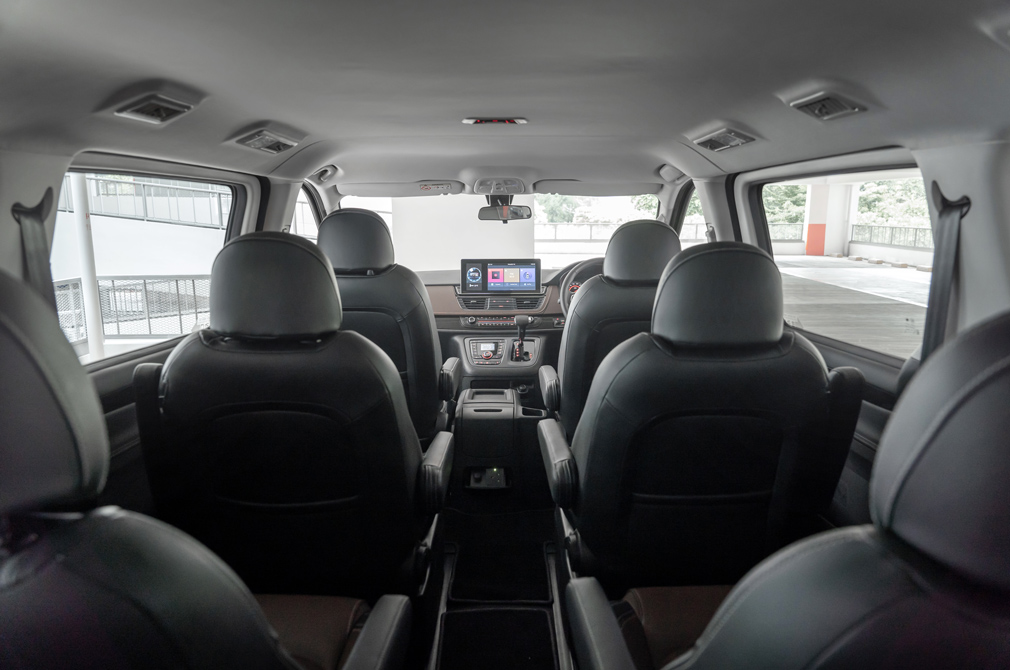 In the Maxus G10, it’s easy to feel like a big boss in a mobile boardroom.

Cushy captain’s chairs, upholstered in leather, easily accommodate my “prosperous” frame. An array of air-con vents along the ceiling will ensure that everyone, especially me, will always have a cool head.

Mood lighting with selectable colours would have been nice. But the Maxus G10 is probably for serious folks who view such amenities as too recreational or club-like.

Anyway, having a three-pin 220-volt socket is more important, because I can easily charge my laptop and other devices on the go.

The aforementioned large windows lend the cabin an airy ambience. They are also nice to peer out of, perhaps as I quietly contemplate my next acquisition. 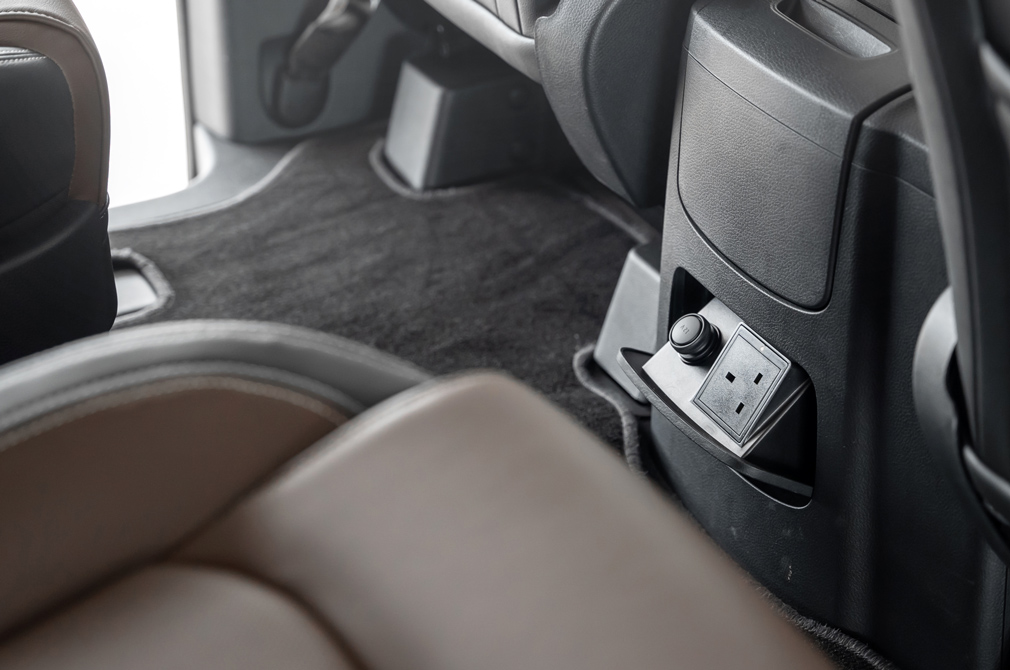 Key staff will find it easy to get in and out of the Maxus G10, thanks to its wide aisles and tall internal height. After all, having to stoop to move in/out means thrusting your bum into someone’s arm (or face), which is both unprofessional and inappropriate.

Even access to the rearmost trio of seats is easy. Any employees sitting back there will not feel less important because legroom is decent and three-point seat belts are standard.

The only bugbear here is that the plastics used are hard, and in certain areas, scratchy. Stiff trimmings are okay, but the rough patches must be eliminated to improve the overall feel.

THE BOSS IN THE DRIVER’S SEAT

Most MPVs today have car-like cockpits. This makes it easier for drivers to adapt to driving a people-mover.

Getting behind the wheel of the Maxus G10, however, will require me to roll up my shirtsleeves. That’s because I’ll need to grip the grab handle as a climb up and into the driver’s seat.

That’s right, the Maxus G10’s front seats are relatively high up, like in a lorry. I actually started to think I was sitting on top of the engine. 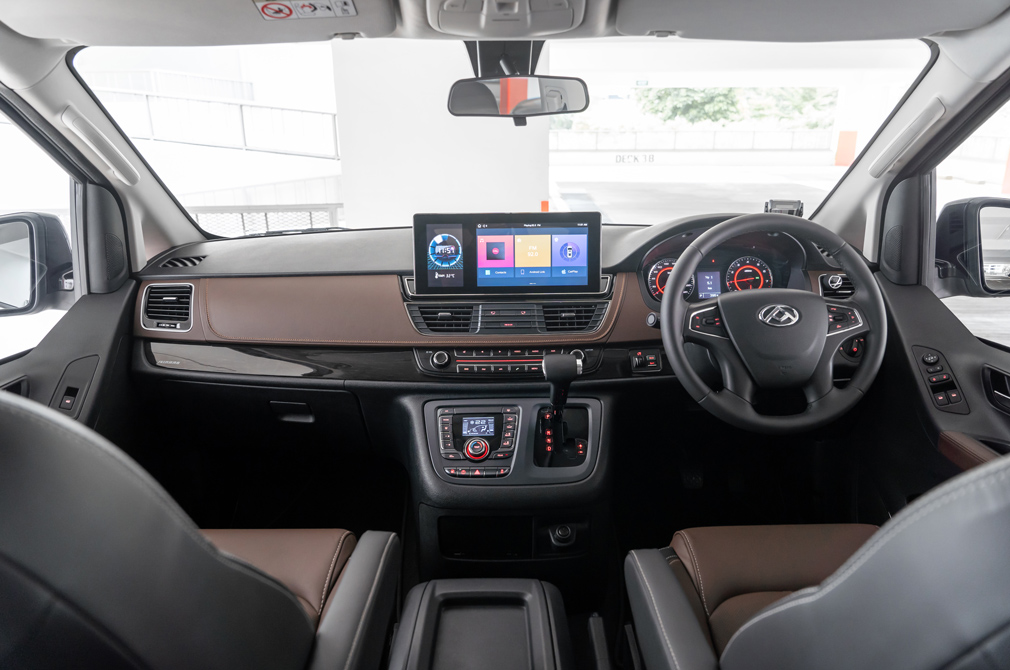 It may look car-like, but getting into these seats is almost like climbing into a lorry.

The dashboard is expansive and uncluttered. It would have been even neater if the 10-inch infotainment display was integrated into the dashboard, instead of sitting atop its centre.

The system itself is relatively intuitive, and even comes with several “watch faces” to display the time. Some of the options look like they were inspired by Ball or Franck Muller timepieces.

Strangely, despite having such a massive dashboard, the air-con controls are clustered onto a small panel. And since the gearshift lever blocks some buttons, my personal assistant will have to make any adjustments.

Powering the Maxus G10 Executive is a turbocharged 2-litre inline-4 that produces 215hp and 330Nm. There aren’t any official performance figures, but I estimate a century sprint time in the region of 12.5 seconds, probably more with a full complement of passengers.

The outputs are sent to the rear wheels via a ZF 6-speed automatic gearbox. It is relatively seamless, and the manual override function is quite useful, too.

“Hidden” behind the steering wheel is a switch that lets you engage either Sport or Eco mode. I recommend the former setting for enhanced responsiveness. 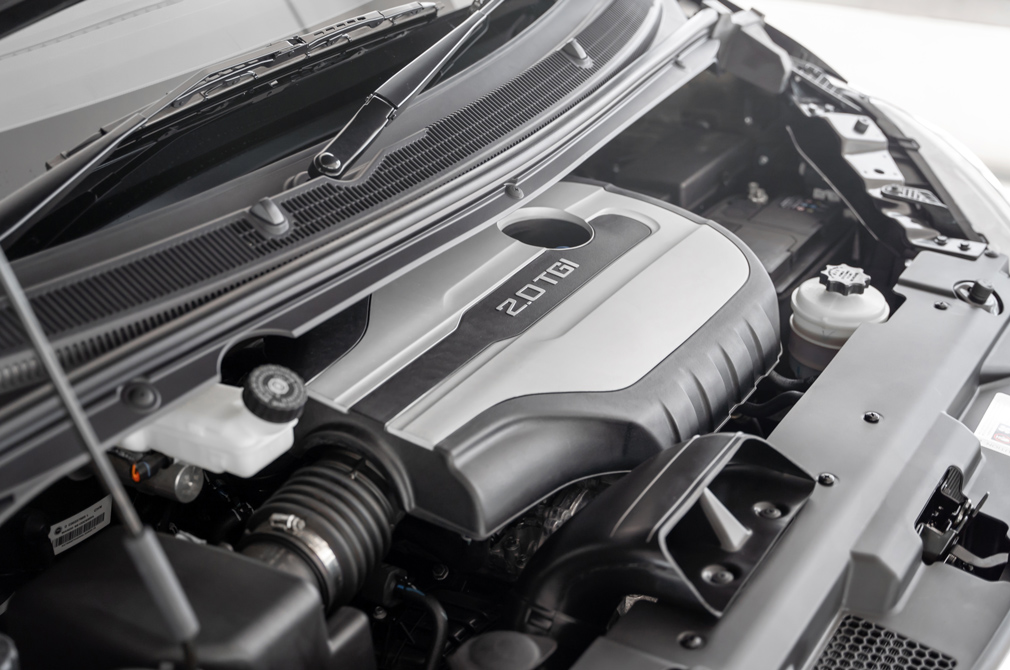 Turbocharged 2-litre puts out 215hp and an even more useful 330Nm.

BIG ON COMFORT, COULD USE MORE REFINEMENT

The Maxus G10’s ride quality is pliant, with the huge MPV taking speed bumps and undulations in its stride.

This nine-seater version also has smaller 16-inch wheels (18-inch wheels for the seven-seater variant), which improve comfort since they have taller sidewalls.

Around town, I could have a conversation with the rearmost occupants without needing to raise my voice. At higher speeds, there’s a bit more road/wind noise than expected, so in these instances, the driver would have to speak up.

The engine note isn’t particularly pleasing either, although this is only heard when you rev the motor past 4000rpm.

Then again, this is not something you’ll be doing all the time – unless you plan on driving the Maxus G10 hard and making your occupants sick. 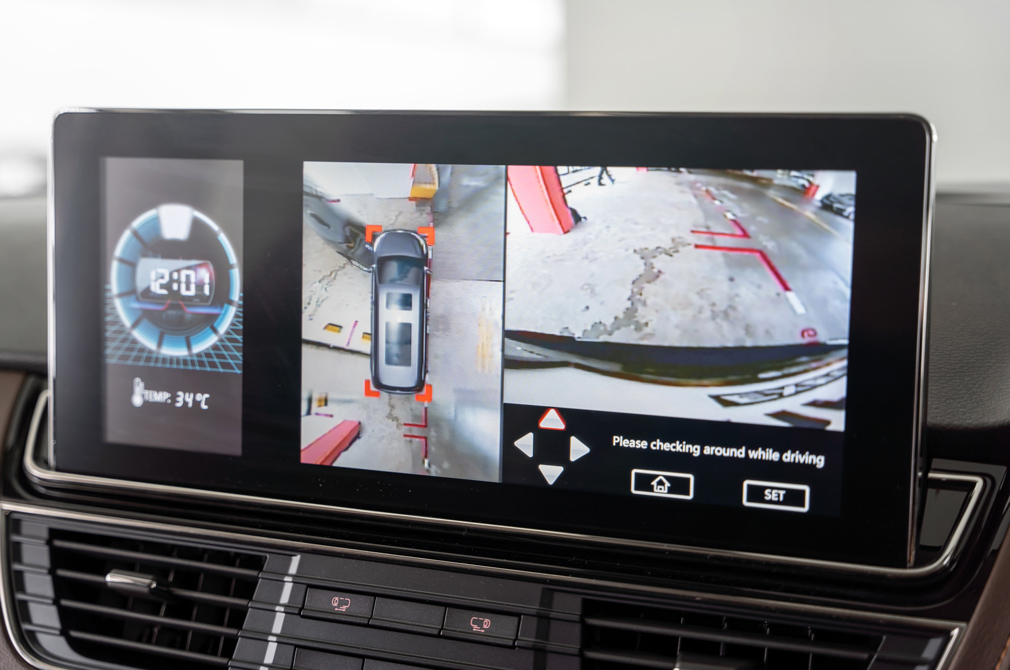 Manoeuvring the 5.1-metre long Maxus G10 requires someone who can multi-task effectively. It is also not for the faint-hearted.

Winding carpark ramps are particularly tricky. You have to keep an eye not just on the front end, but on the rear end, too. A glance at the inner wing mirror (the one on the same side as the turning direction) will show just how close you are to colouring the walls.

Blind spots are also an issue with an MPV this large. The wide windows mitigate this, but it’s best to be extra careful and ask passengers in the rear to keep an eye out, too.

Parking is thankfully easier. The Maxus G10’s straight lines, along with the around-view monitor, are helpful in this endeavour. 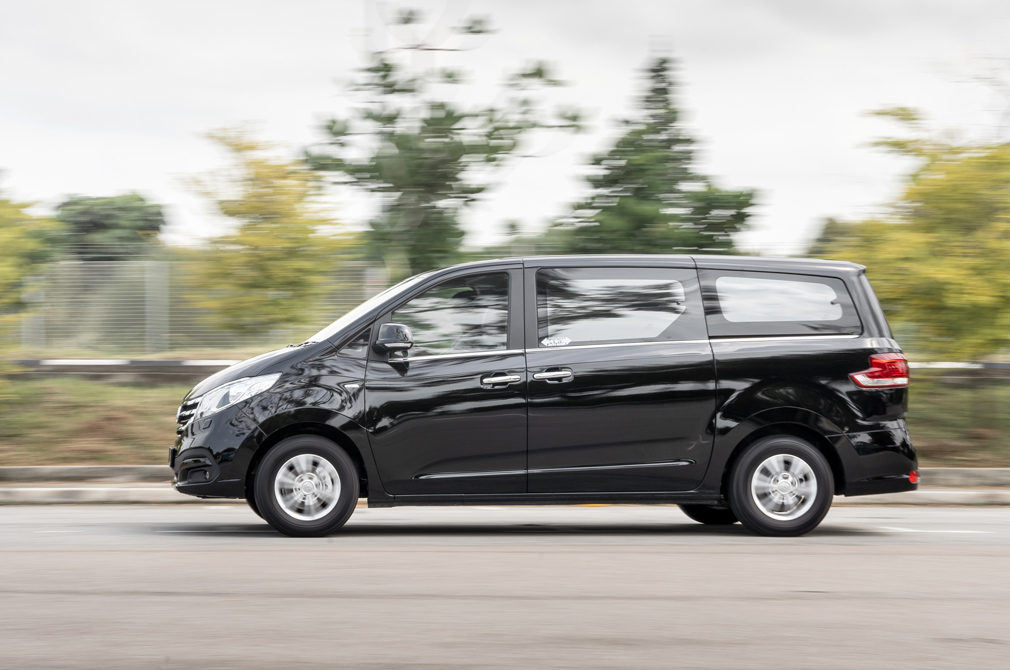 The Maxus G10 Executive is ideal for big bosses who also like to entertain partners and clients.

Considering current conditions, video conferences are now the norm. But ask any successful business owner and he or she will tell you that nothing beats a face-to-face meeting.

And being able to continue discussions/negotiations on the go can determine whether a deal is sealed or put on hold.

A big business van like this would also be indispensable as a tool for hostile takeovers, too.

After all, the sight of a sharply dressed entourage heading into a building is intimidating, and it could “persuade” the firm being pursued to accept the offer.