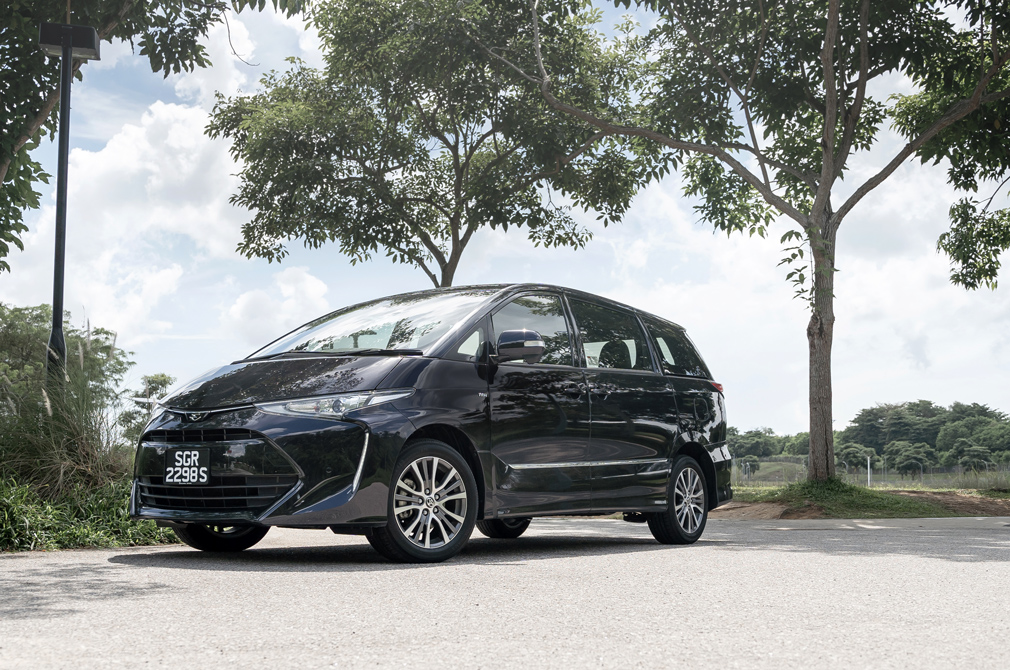 The majority of large seven-seater MPVs today can be categorised as either sporty or eco-friendly.

If you opt for the former, you’ll get a turbocharged drivetrain and punchy performance. Examples of these include the Volkswagen Sharan, Seat Alhambra and Renault Grand Scenic, which even has 20-inch wheels as standard.

Aim for the latter and you’re spoilt for choice. From Toyota’s Prius+ to the Nissan Serena e-POWER to the numerous petrol-electric hybrid models from parallel importers, there are options aplenty.

Whatever happened to “regular” MPVs?

Once upon a time, MPVs were all cushy, pliant and quiet. And I realised how much I missed these traits after driving the Toyota Previa Aeras. 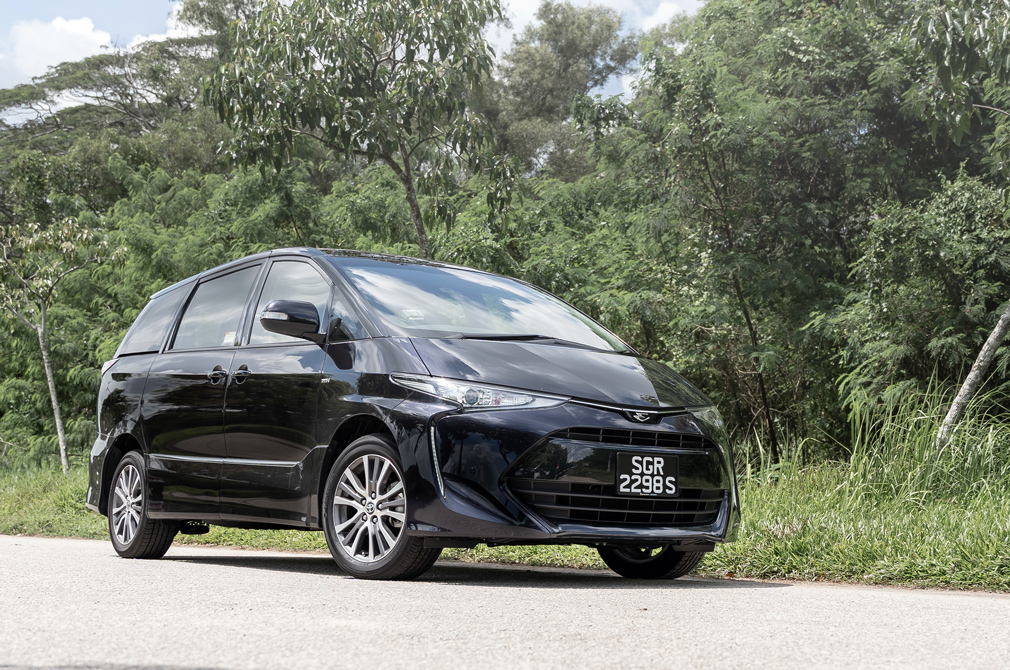 Sort of. This is the first time that the Aeras variant is available at Borneo Motors. It is now also the only variant sold by the official Toyota agent.

But technically, this is still the third-generation Toyota Previa launched in mid-2000s. Toyota has updated it along the way, of course. Notably, the 4-speed automatic from before has given way to a more efficient CVT.

Is it long in the tooth? Yes, but it is also proof that when you get a car’s fundamentals right, you can get away without having to do too much throughout its lifespan.

The exterior, for instance, has remained similar all this time. One might infer that it looks dated. But does it look old, or just familiar?

In contrast, the Toyota C-HR and its striking design aged relatively quickly.

My only issue with the Toyota Previa is that the Aeras variant attempts to look sporty, with some sort of body kit that includes a roof spoiler. It’s superfluous, and as we shall see later, cannot disguise this MPV’s true character. 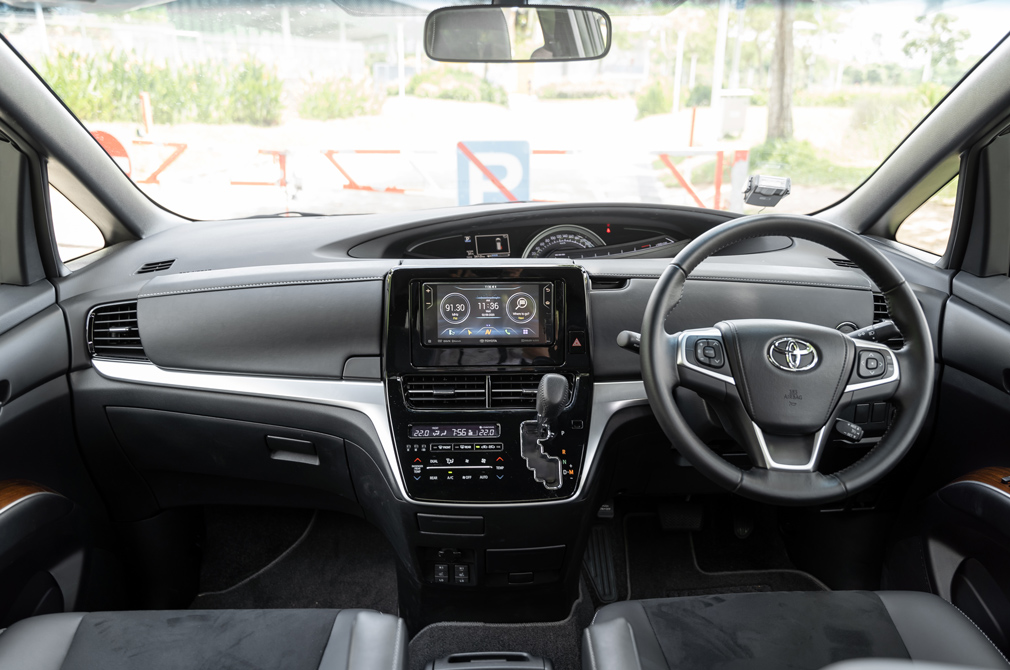 Settling into the driver’s seat is like getting into your favourite armchair. It’s plush, roomy and comfortable, thanks to the armrest.

I’m not a fan of the Toyota Previa’s centrally placed instrument panel, which makes me have to look further to see pertinent information. And apart from shifting it towards the driver’s side, Toyota should also have digitised the entire cluster. That would make it look more consistent than the current part-digital, part analogue setup.

My issue with the meters is only aesthetic, though. In real need of improvement is the head unit. Apart from offering better sound quality, wireless Apple CarPlay would also be appreciated.

Aside from these bugbears, the rest of the Toyota Previa’s interior feels like a business class cabin. Occupants in the second row get captain’s chairs with extendable footrests. And despite the shorter backrests in the third row, accommodations here are hardly economy class. 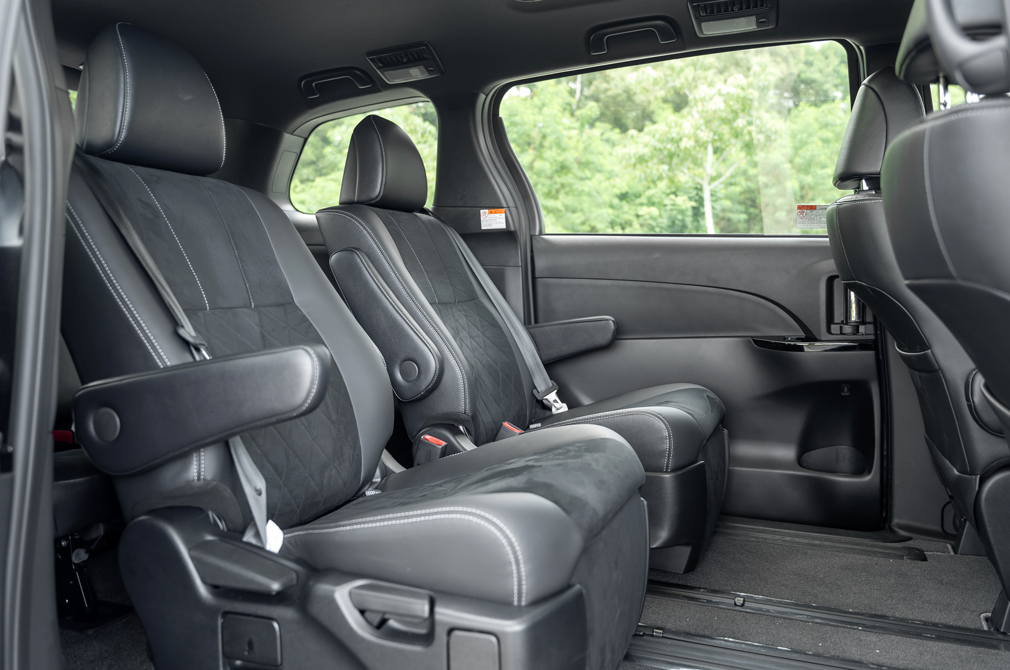 That’s because the legroom offered is so generous that it’s hard to complain if you’re asked to sit back here. The space can be further increased by moving the captain’s chair’s forwards.

On the topic of moving seats, the Toyota Previa has a neat, convenient and practical trick: The rearmost seats can be electronically folded into the floor.

Doing this creates a wide and flat space that’s useful for luggage. Put the seats back up and you can use the fairly deep recess (where the seats are stowed) for loose items such as groceries.

These abilities give the Toyota Previa a usability that you don’t usually find in modern MPVs. 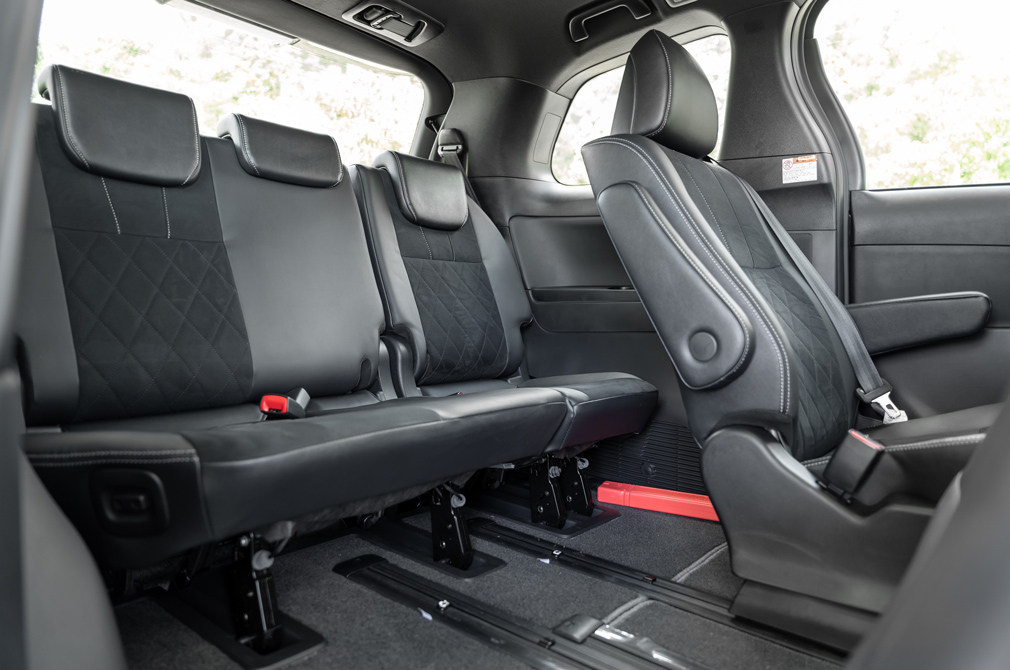 Sporty MPVs are loads of fun. But not every MPV driver is a keen one. Many who buy a large seven-seater also want one that’s easy to handle.

The Toyota Previa delivers on both counts. Its naturally aspirated 2.4-litre engine, which produces 167hp and 224Nm, offers its outputs in a gentle and progressive manner.

These figures are sent to the front wheels via a CVT (continuously variable transmission) with a 7-speed override function. Unlike other CVTs which feel like they’re slipping and unresponsive, this one has the smoothness of a torque converter.

The Toyota Previa goes from rest to 100km/h in a hushed and unhurried 11.2 seconds. It does not like being pushed, though, and will emit a workmanlike soundtrack if you insist. 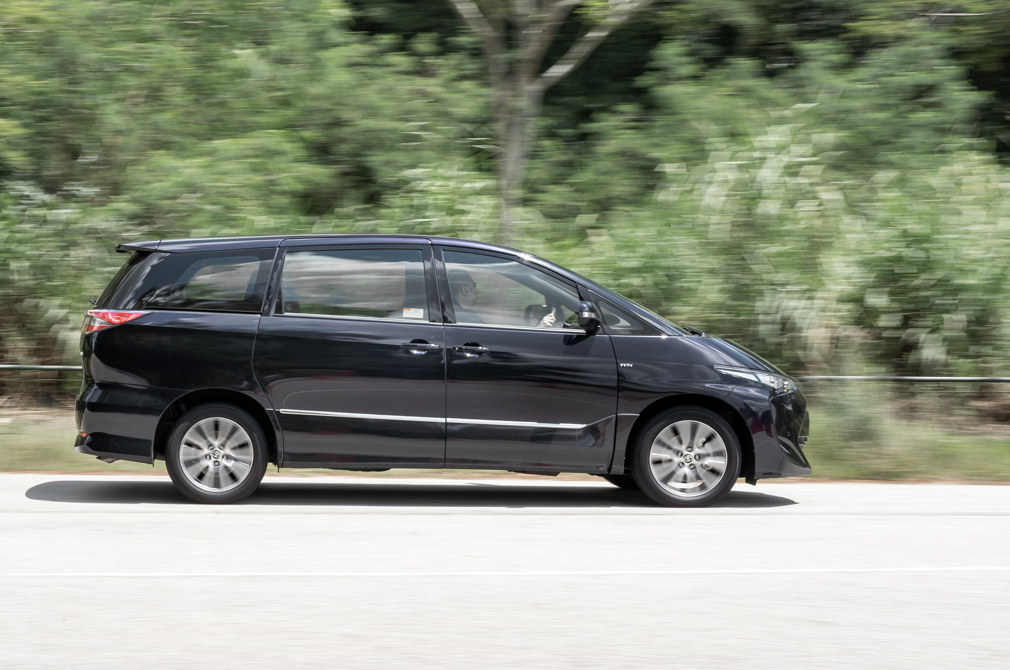 The Previa has the plush and pliant ride that’s reminiscent of the even larger Alphard/Vellfire models. But over very poor surfaces, those undulations start coming into the cabin.

Newer MPVs, with stiffer platforms and bodies, are better at dealing with woolly tarmac. But overall, I couldn’t really complain – the Toyota Previa was still doing a good job in spite of its age.

Parking the Previa is relatively easy, too. The helm, which is light, makes twirling the wheel a breeze. And the extra mirror below the left wing mirror helps prevent your wheels from catching kerb rash.

THE WAY IT USED TO BE

It seems many carmakers have taken the term “multi-purpose vehicle” literally and try to ensure that their models could cater to every type of owner.

Quick enough for keen drivers, yet also fuel-efficient. Cushy enough for those seeking comfort, yet able to handle well to please enthusiasts. It’s asking a lot, and a lot of compromises are also made along the way.

That said, MPVs that manage to do all these deserve to be feted. But at the same time, you know what they say: jack-of-all-trades, master of none.

That’s why driving the Toyota Previa feels like a refreshing blast from the past. It comes from an era when MPVs were simpler. Their sole purpose was to move people comfortably and reliably, and double as a load-hauler as needed.

Purpose-built MPVs like this are becoming increasingly rare. Check one out before they disappear. 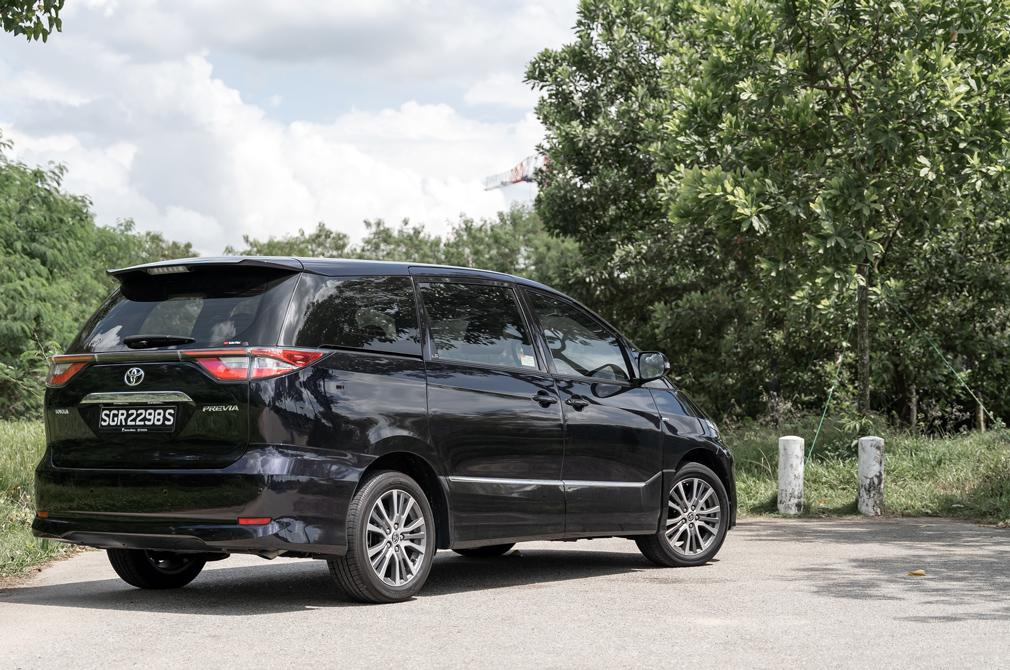