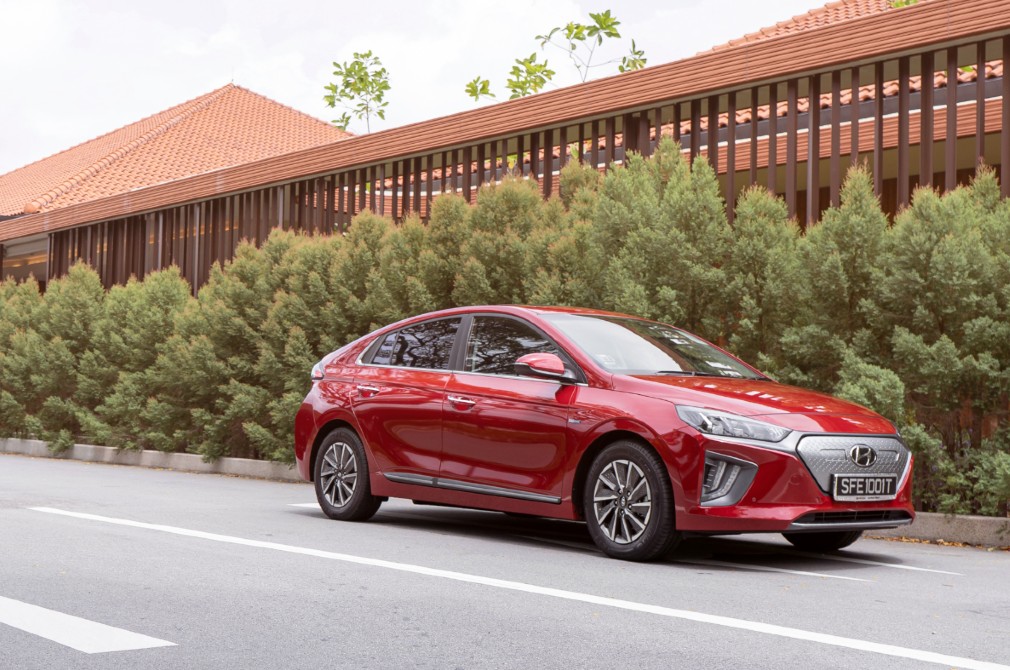 When Hyundai first unveiled the Ioniq in 2016, it was the first car to be designed from the ground up to house either a hybrid, plug-in hybrid, or electric drivetrain.

This will help you figure out which of the sister cars would be a better suit for your commuting needs. 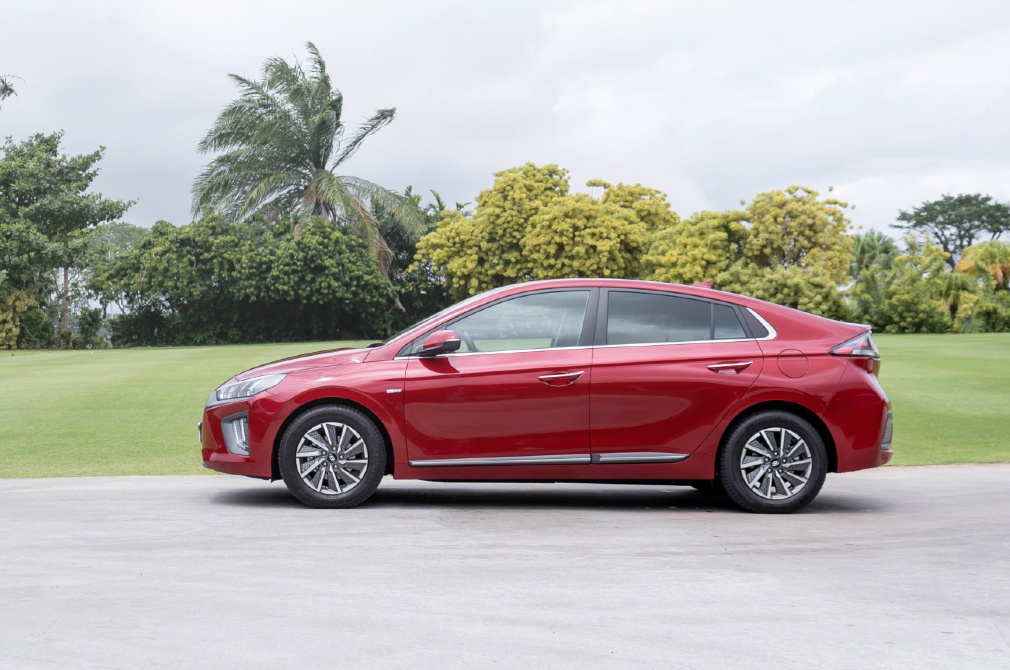 A TALE OF TWO SISTERS

Design-wise, Hyundai has brought the two Ioniq sisters closer together.

I found the Ioniq Hybrid to be altogether homely and sensible when I tested it. And it seems like the designers have opted for the same philosophy when updating the Hyundai Ioniq Electric.

Up front, the Ioniq Electric has lost its standout grille, and now sports a matte silver one embossed with geometric patterns that mimic the “cascading grille” of newer Hyundais.

The interior has also lost its most distinctive design touch: the bronze accents on the air-conditioning vents and centre console. Instead, you get an 8-inch infotainment display that ‘floats’ above the dashboard, as seen many of the new cars out there. 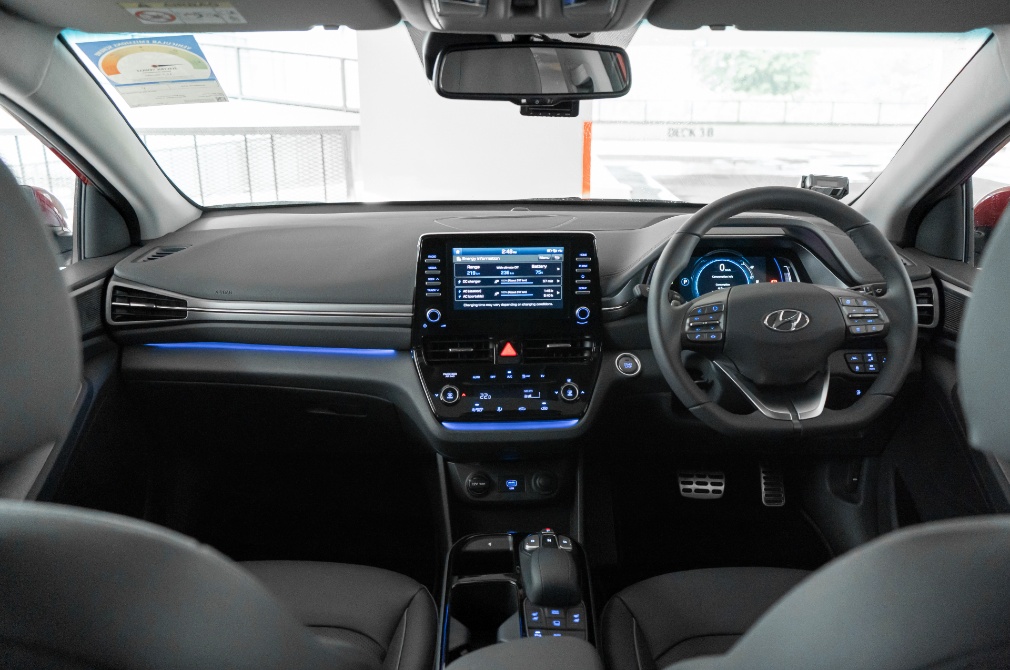 The net effect of these cosmetic changes allows the Hyundai Ioniq Electric to blend effortlessly with other cars in traffic.

So, while I think the new car looks sharper, those looking for an electric vehicle that will really turn heads ought to shop elsewhere.

On the go, the increased output of the facelifted car is certainly welcome. The Hyundai Ioniq Electric delivers exactly what you would expect from 134hp and 295Nm, with mighty quick acceleration off the line that only tapers off as you approach highway speeds.

Once there, the combined wind and tyre noise conspire to make the car only marginally quieter than a normal petrol-powered car.

The Hyundai Ioniq Electric is much more accomplished tackling city streets though. I typically do not enjoy one-pedal driving but the Ioniq Electric’s setup allows you to make smooth changes of speed without delicate footwork.

Three regenerative levels are available, or you can opt to have the car decide for itself based on its distance from the car in front. 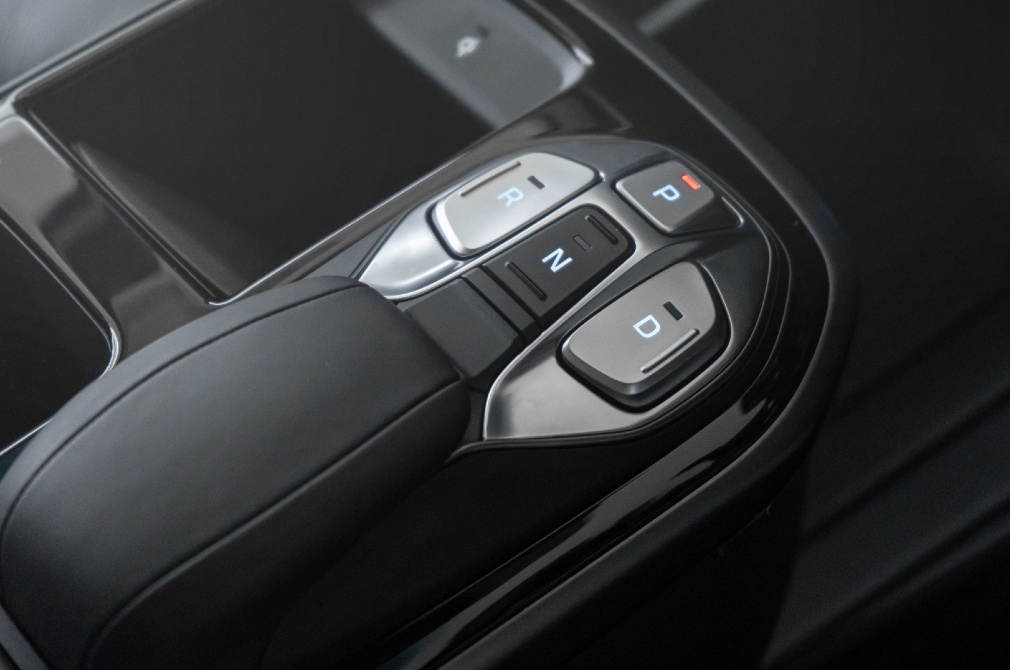 For the daily drive to and from work, the car chooses the right level smartly, taking away from you the chore of anticipating what the car ahead is about to do.

That said, I can’t help but feel that allowing the car to choose from an infinitely variable rate of regenerative braking (as opposed to just three stages) would make the system practically perfect.

If you’re heading down for a test drive, you should know that holding down the right paddle shifter allows you to toggle the automated regenerative braking on and off.

Meanwhile, holding the left paddle will allow you to bring the car to a complete stop without stepping on the brake pedal. 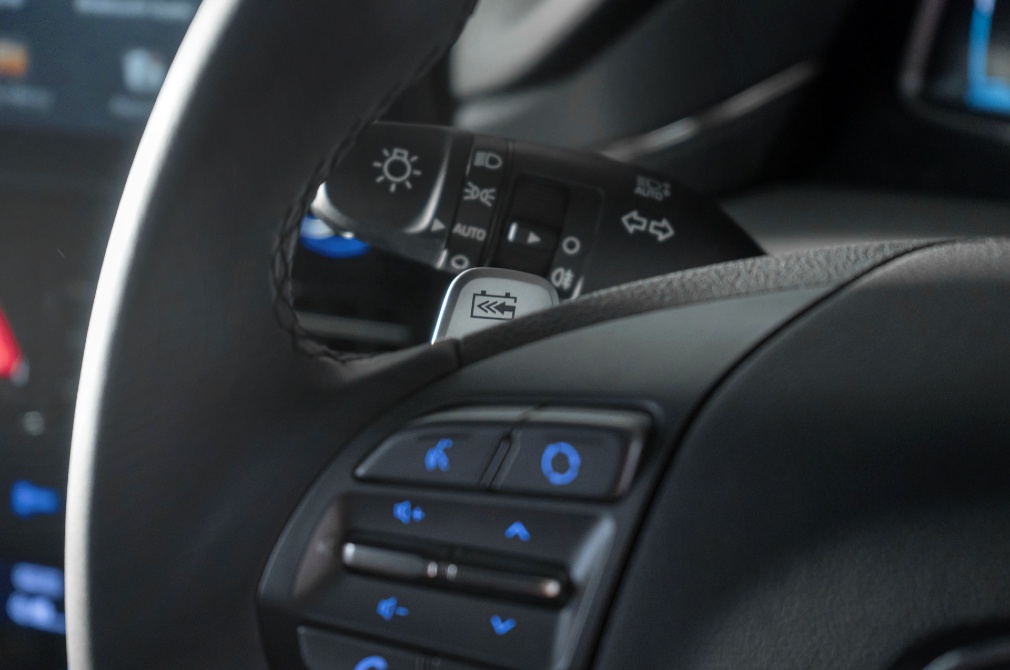 Pulling and holding the left paddle shifter will bring the car to a complete halt – without having to step on the brake pedal.

Turn the regenerative braking off and the Hyundai Ioniq Electric does a very good job of conserving momentum.

Driven this way, you quickly find yourself flooring it to the speed limit and then simply letting the car cruise until the next set of traffic lights, making commuting a nearly mindless affair.

Overall, the Hyundai Ioniq Electric’s suspension is tuned to be soft and pliant.

However, the combined effect of the larger 16-inch rims and the space-saving torsion beam result in sharper road edges being transmitted more readily into the cabin.

Oh, and if you want to startle nearby pedestrians, the Hyundai Ioniq Electric is happy to oblige with plenty of wheelspin when you stomp on the accelerator pedal while exiting corners.

Who says eco-conscious motoring has to be completely devoid of fun? 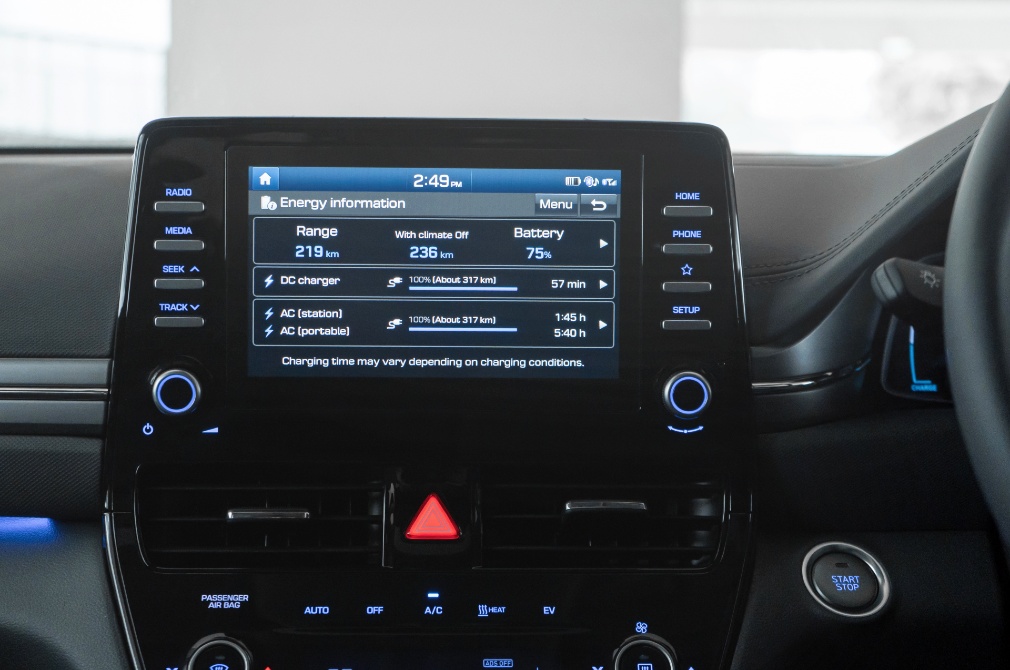 Those with easy access to a Type 2 7.2kW charger will find keeping the Ioniq Electric’s batteries primed a real breeze.

Hyundai’s official range for the Electric with its new 38.3kWh lithium-ion battery stands at 311km, while the new motor brings official efficiency figures to 11kWh per 100km or 8.5km/kWh.

Our test car, however, informed us that the available range stood at 322km with a 95% state of charge with a real-world driving efficiency of 7km/kWh.

We racked up 86km on our first day of driving, but the available range was only depleted by 60km.

The car also does a good job of predicting charging times required to replenish the battery. With 50% charge remaining, the Ioniq Electric stated a charging time of three hours and 30 minutes to reach 100%. 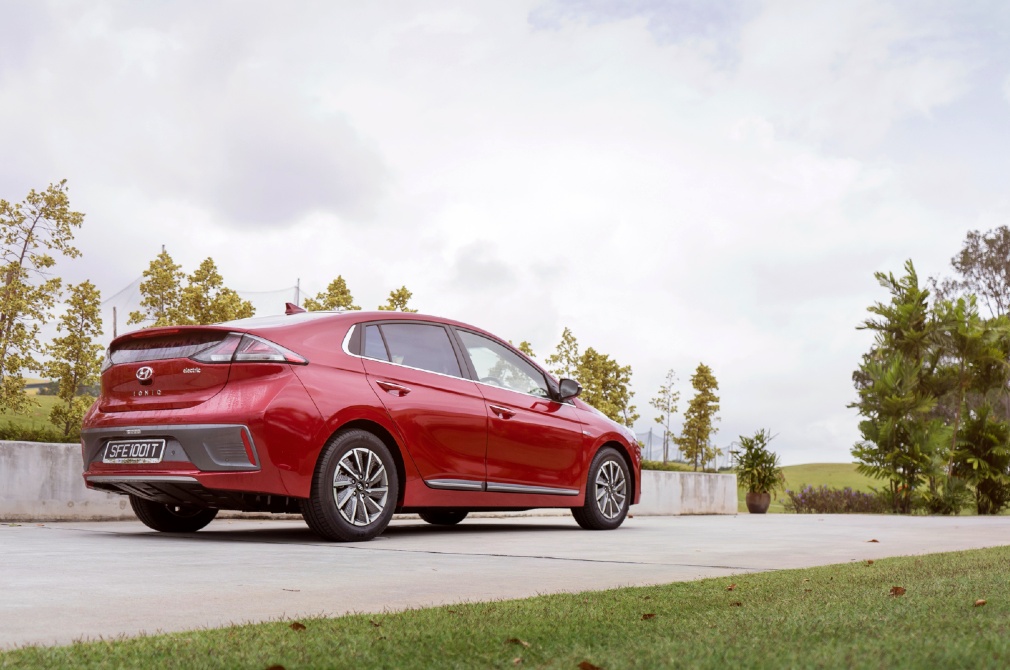 Subsequently, it took three hours and 15 minutes to bring the battery to a 95% state-of-charge. And this was despite the Greenlots charging app informing me that I had only achieved an actual charging rate of 6.1kW.

That said, with prices starting from $148,999 (at time of writing) for the base model, buyers will certainly need to be wooed.

But if they’re willing to commit, then the Hyundai Ioniq Electric will reward them with its intelligence, smooth drivetrain and zippy drive.

Click here for our review of the Hyundai Ioniq Hybrid
Check out our Kia Niro Electric and Kia Niro Hybrid reviews
What’s the difference between a hybrid, plug-in hybrid and electric car?
Which would you choose: A Kia Niro Electric or a BMW i3s?