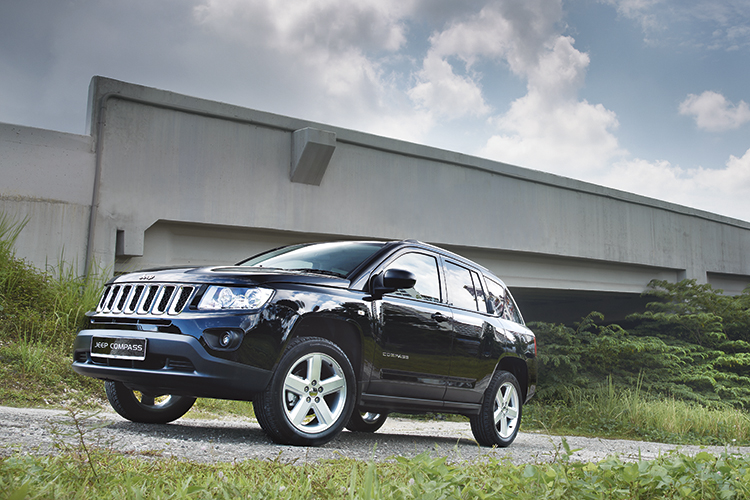 The global demand for crossovers has been growing at an exponential rate. These vehicles are sought after for their macho appearance, rather than their off-road capability, and buyers have absolutely no intention to depart tarmac roads in search of motoring adventure. Looking cool in town is far more important to these city slickers than getting muddy in the middle of nowhere.

The second-generation Compass, still based on the obscure Dodge Caliber, is small by Jeep standards and it has front-wheel drive instead of grippy four-wheel drive. But the Compass has retained the classic 4×4 appearance with its upright stance, muscular fenders and chunky bumpers. Big 18-inch wheels and generous ground clearance further boost the tough image of the new Jeep – never mind the fact that only two of those four wheels are driven by the engine. 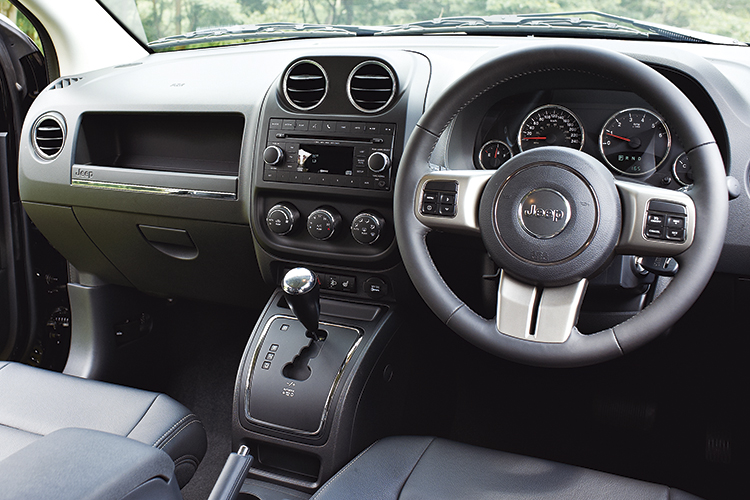 Excellent utility and decent ergonomics, but there is neither a proper footrest nor an analogue compass.

Jeep’s traditional seven-slot grille occupies pride of place on the Compass’ snout, but in the name of modernity, the headlights are no longer round and stand-alone (like the previous Compass) but arranged in trapezoidal clusters like the current Grand Cherokee’s.

Inside the cabin is a no-nonsense interior typical of Jeep. The fascia is squarish, with its four main instrument dials displayed clearly. Hard plastics are everywhere, but the leather-wrapped steering and seats plus the dashboard’s chrome accents provide some relief from the utilitarian environment. A pair of corpulent occupants can fit happily in here, but they don’t get a central armrest.

The thickly padded seats offer good support without the unyielding stiffness of many German car seats. Despite the Compass’ height (over 1.66m), it’s easy to enter the vehicle because the seats are mounted close to hip level. The old and the infirm will appreciate this aspect, while those with a bottom ravaged by time or ill health will love the soft cushions.

There is ample room for every one of the four occupants on board, while the 60:40 split-fold back seat can expand the trunk’s volume from 643 litres to 1518 litres. Just by folding down one seat, you could transport a lot of flat-packed furniture. Even the front passenger seat can be folded away for yet more cargo space. Odds and ends (which may or may not include a compass) are accommodated by a variety of cupholders and cubbyholes. 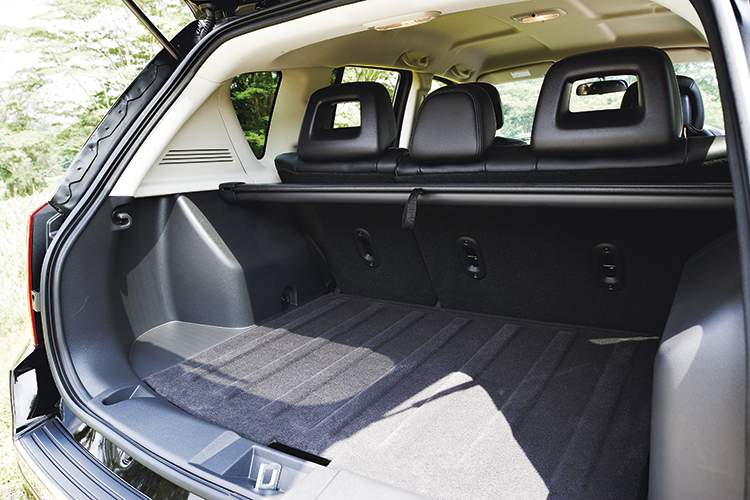 Adjustment of the driver’s seat is only semi-electric, but getting an ideal driving position is simple enough. Unfortunately, there is no left footrest, so you have to park your Timberland boot uncomfortably on the floorboard.

The right foot works the throttle of a twin-cam 2-litre that delivers 156bhp and 190Nm. These are modest figures, but the engine has an easygoing nature that suits the character of the Compass. Outright performance is hampered by the continuously variable transmission, which exhibits the “slipping clutch” sensation so typical of CVTs. Shifting the gear lever left or right gives some “manual” control over the seven “gears”, thus mitigating some of the CVT “slip” when you need to overtake. 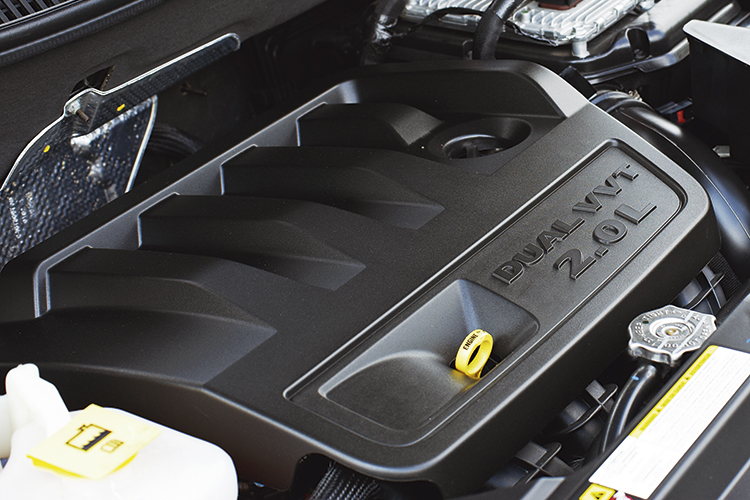 The ride is comfy, cushy even, without being overly wallowy. The handling is acceptable for a tall car without sporting intentions – just don’t expect the responses of a regular hatchback. Thankfully, the Compass doesn’t lurch from side to side when negotiating an S-bend. The steering is nicely weighted – light enough for the ladies, yet substantial enough for the men in dirty Jeep tees. 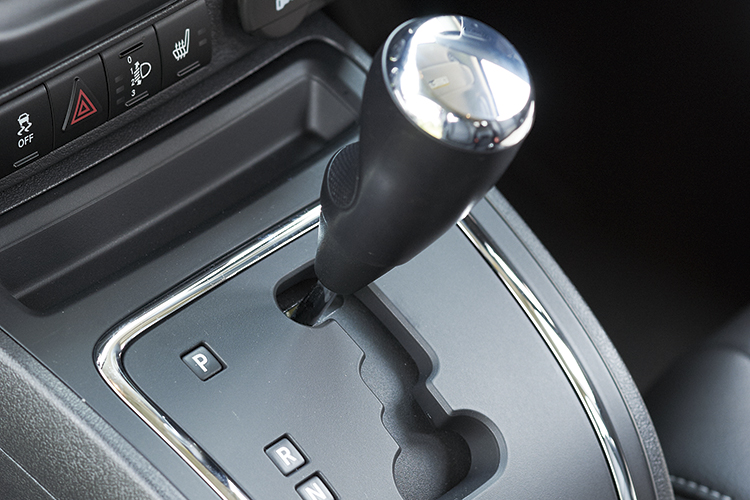 Compass’ CVT is no match for today’s smooth automatics with five, six or seven speeds, but it’s an efficient transmission.

The latest Compass faces formidable competition from the Honda CR-V, Toyota RAV4 (to be replaced soon), Kia Sportage and Hyundai Tucson. The two Korean rivals, in particular, surpass the Compass in terms of quality, equipment and value for money. But the Jeep has stronger street cred and a roomier, more practical interior. 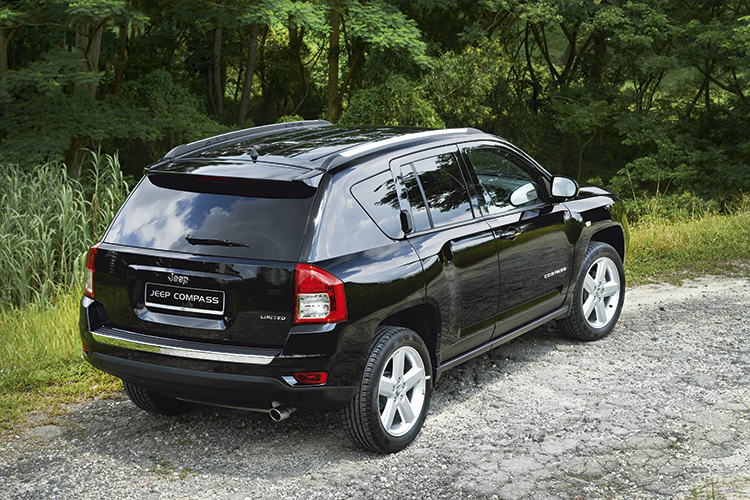 It will never be a volume seller here, but the Compass (or any other modern Jeep for that matter) might find favour with a few outgoing individuals who want something different from the crossover crowd. These fellows won’t be heading north, south, east or west in the Compass – they would be going off at a tangent.