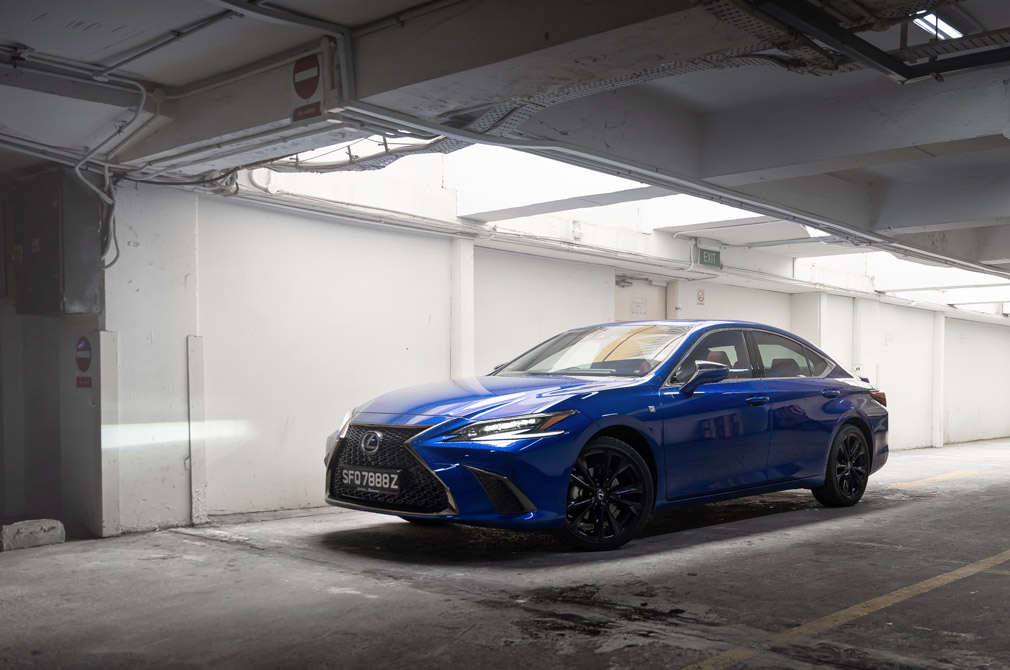 If there is one trend – apart from masks and hand sanitisers – that the pandemic has accelerated, it would be the growth of athleisure.

Already popular pre-pandemic, athleisure sales surged as working from home became the norm. Being confined to our houses, people began working out at home. Athleisure is here to stay.

You don’t have to be an athlete to wear and appreciate athleisure. Heck, you don’t even need to be active. That’s what makes it so appealing – apart from the fact that this type of apparel is also very comfortable.

This might have been what Lexus had in mind when it created the ES250 F Sport. This saloon is dressed for a track day meet, but it actually prefers cruising expressways and pottering around town. 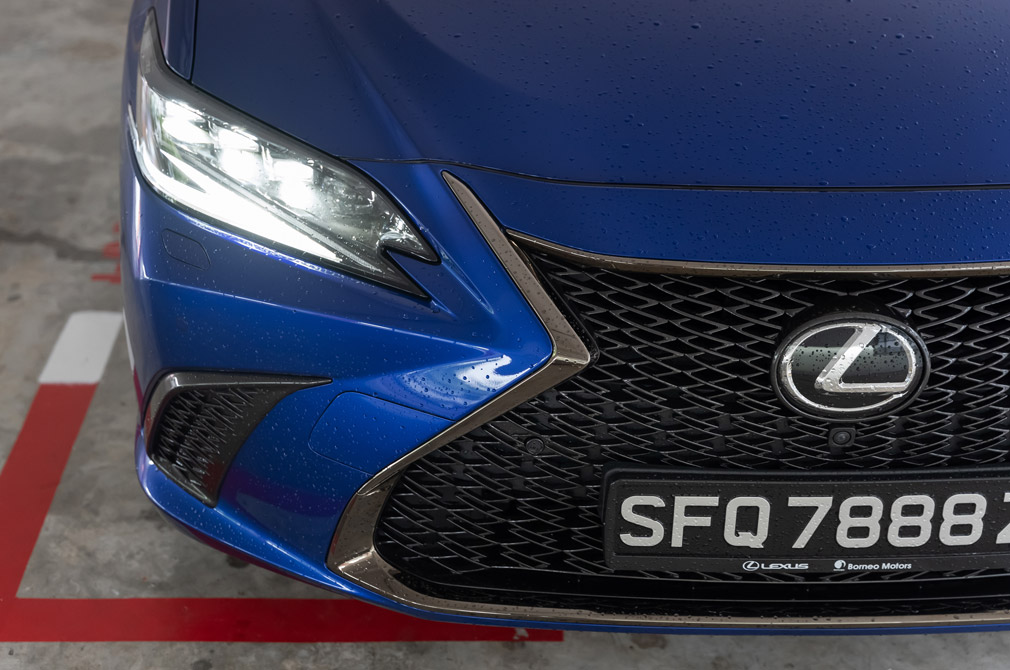 The ES250 F Sport is unlike any other ES that came before it.

As the first F Sport model in the ES range, it has an intimidating presence, with a dark grille with interlocking “L” shapes that form a crosshatch pattern and 19-inch instead of 18-inch wheels.

Inside, this saloon comes with sports seats and two interior trim options: white and black, or the more in-your-face red and black you see here. Choose the latter to make a bolder style statement.

Lexus has made several key improvements to this updated model. The most significant of these is the new infotainment display, which has a touchscreen interface. Because of that, it’s been moved over 100mm closer to the driver. 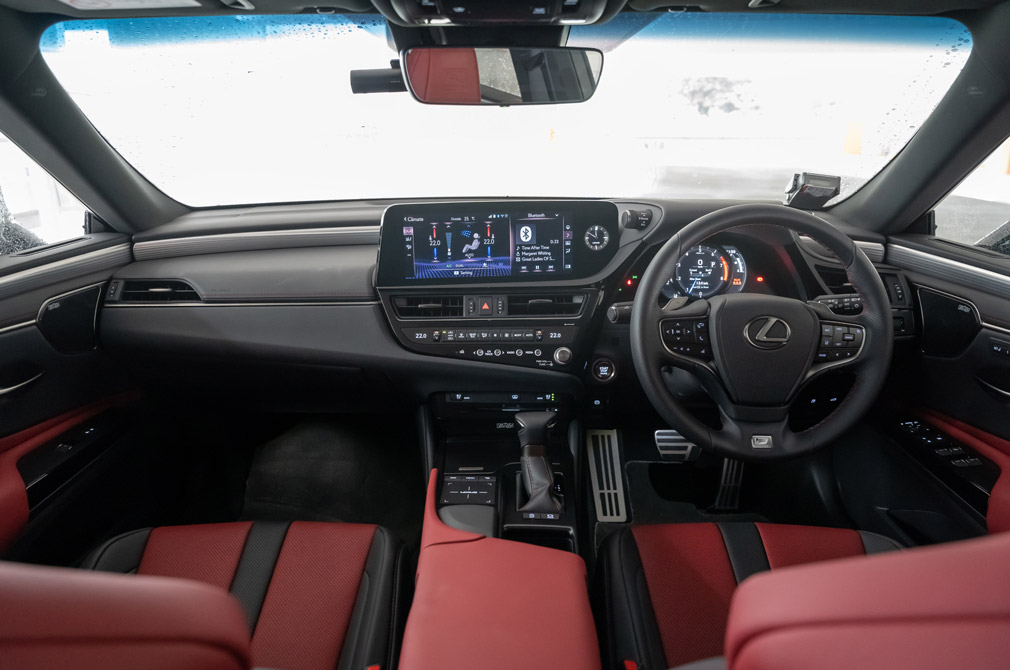 The menus, though familiar to Lexus owners, could have been further simplified to make them more intuitive. Ditto for the instrument panel menus, which although easy to scroll through, could be more instinctive when it comes to finding features.

That said, the ES250 F Sport does a lot of things right. The driving position, for one, is spot on, for it takes just a few adjustments to set.

The Mark Levinson audio system is fantastic, the interior’s overall build quality is beyond reproach and the new Hadori metallic trim (only in the F Sport) all make the ES250 feel like an expensive sporty lounge.

Lexus may not have the same experience as its German rivals when it comes to building sporty cars. Nevertheless, its high-performance machines have come to mean something to keen drivers.

The IS F, GS F and RC F models are rear-wheel-drive and have naturally aspirated 5-litre V8 engines. Ditto for the stunning LC500 Coupe and LC500 Convertible, whose soundtracks will remain etched in petrolheads’ hearts long after electric vehicles take over.

F Sport, on the other hand, is “F lite”. Even then, an F Sport variant rightfully raises expectations. It is a Lexus after all. 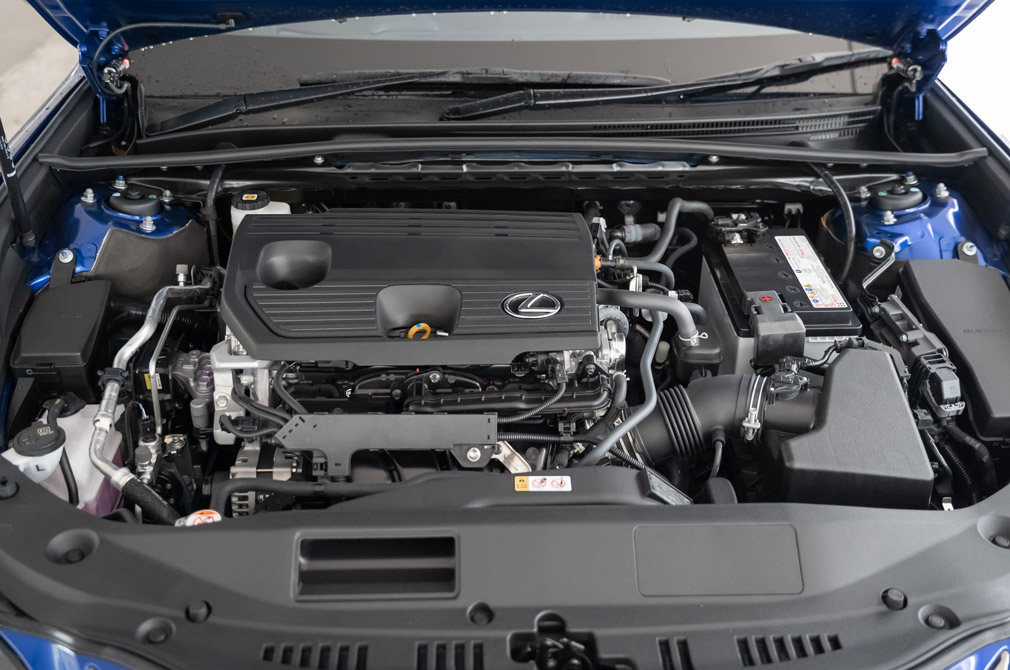 ES250 F Sport’s naturally aspirated 2.5-litre is refined, but not the powerplant this saloon deserves.

However, enthusiasts will be less than enthused with the ES250 F Sport.

The car should be powered by Lexus’ turbocharged 2-litre engine, which does a wonderful job in the current IS300. Engineers could have tuned it to deliver better low to mid-range performance to mitigate the larger and heavier body.

Instead, the ES250 F Sport still utilises the naturally aspirated 2.5-litre engine, whose outputs of 204hp and 247Nm remain unchanged. And it doesn’t help that both figures arrive at fairly high points – 6600rpm and 5000rpm respectively.

Plenty of revs are needed to get the ES moving. Though the engine doesn’t mind being stretched, its soundtrack is not aurally rewarding. And the 0-100km/h time of 9.1 seconds is also the same as the pre-facelift model’s. 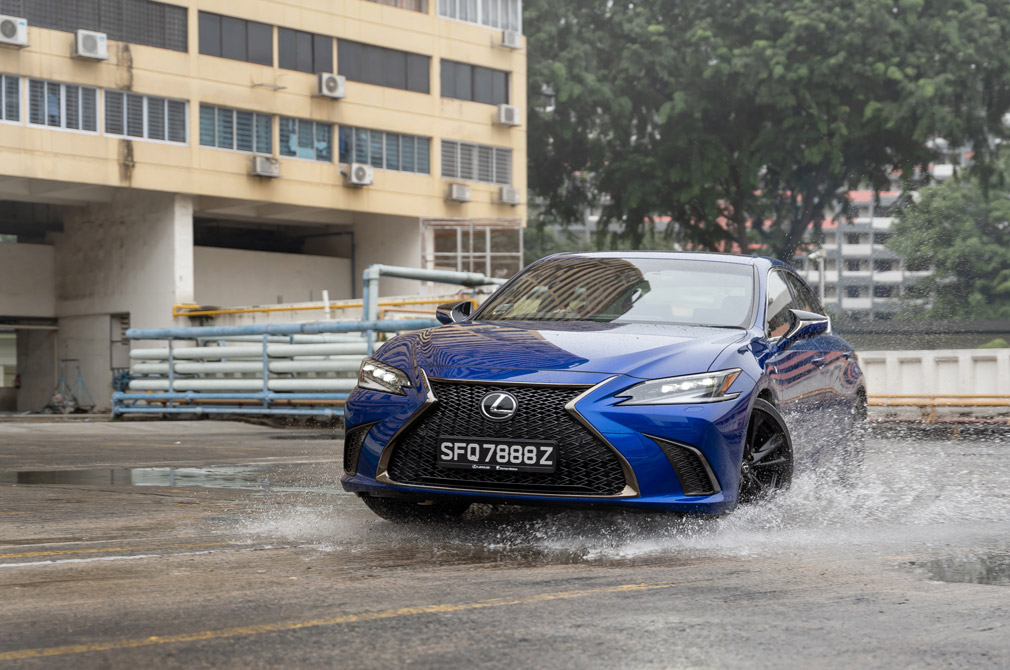 That said, it is clear that the ES250 F Sport has had its agility honed, with the increased torsional and lateral rigidity paying dividends in this regard.

The car is more responsive to directional changes, even sudden ones. Its steering also feels quicker, even if the front-wheel-drive layout means a relatively wider turning radius.

The stiff body, coupled with the higher rigidity rear suspension brace, makes going around bends feel more fluid. ES models have never been known for their handling, but the F Sport variant is the line-up’s nimblest one to date.

So, whereas previous ES models tended to understeer earlier, you can now push a bit harder before it eventually sets in. The main advantage though, is the large saloon’s stability – its feathers remain unruffled even if your inputs are less than smooth. 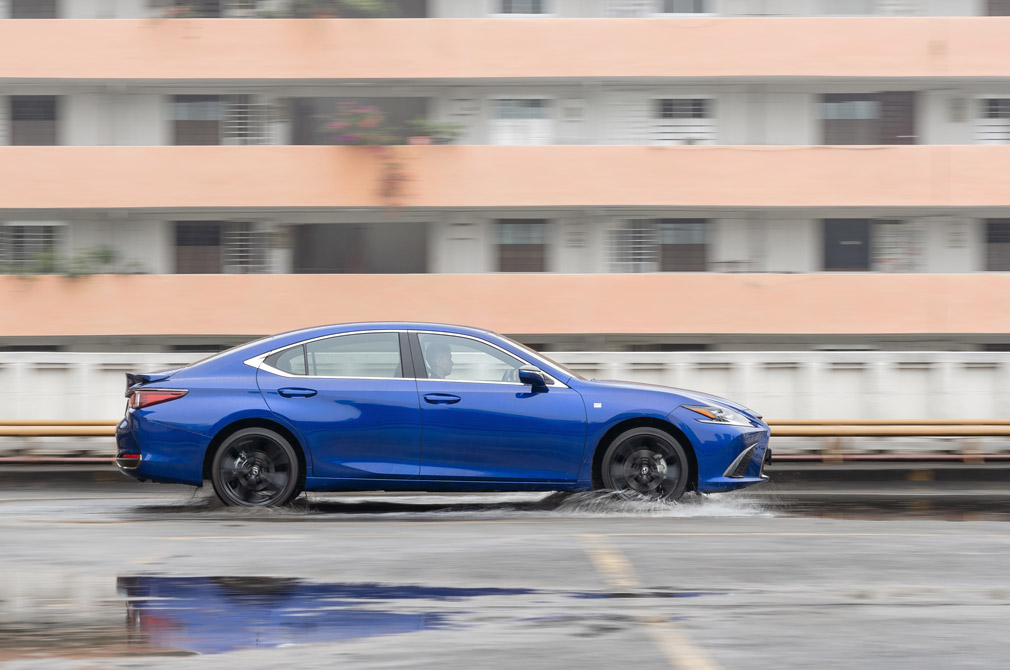 The brakes have been enhanced, too. Lexus says the idle stroke has been reduced, and the overall feel is more assured than before. To really reap the benefits, you’ll want even stickier tyres to further shorten those stopping distances.

Now that the handling has been sharpened, the ES250 F Sport could really use a punchier drivetrain.

Had it been equipped with the brand’s own turbocharged engine, its overall performance would have immediately shot up a notch. It could even be rebadged as the ES300 F Sport, with the higher number adding to the car’s appeal.

Until then, the ES250 F Sport will remain a large comfy saloon that’s clad in athletic apparel. It may be dressed for a track day meet, but it actually prefers cruising expressways and pottering around town. 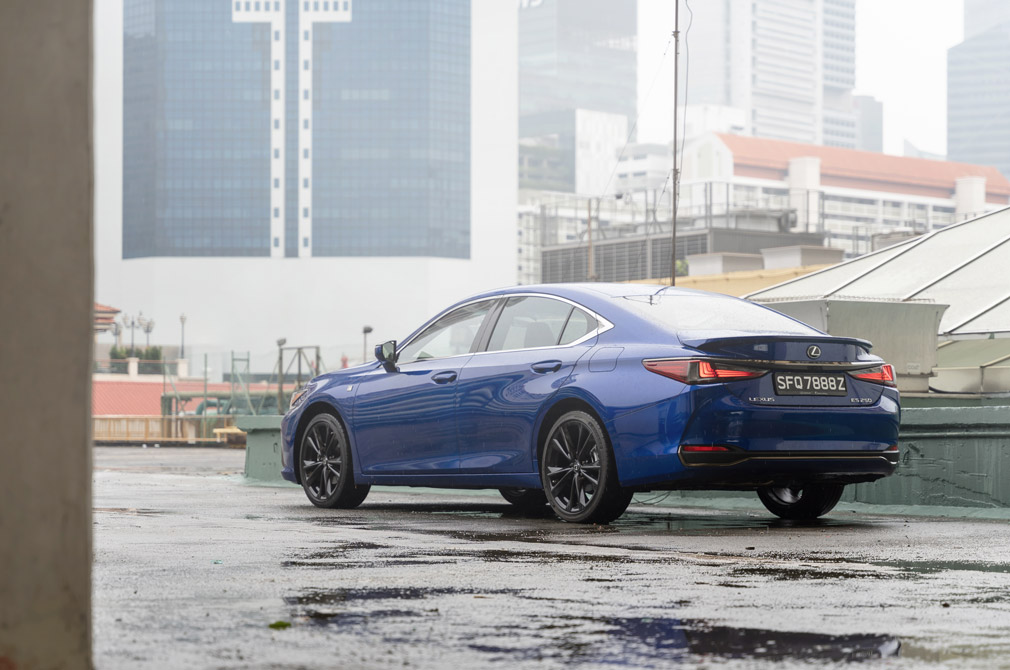