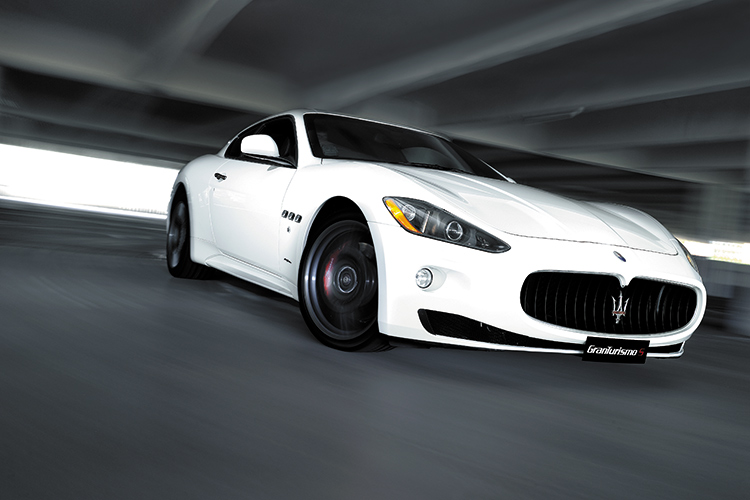 Trains, we are told, are referred to as males, while ships are females.

Cars can be either: you will tend to open the door for a Nissan March but give man-hugs to the GT-R, so to speak.

As far as cars with the male bent go, the Maserati GranTurismo is as masculine as they come.

Here, we are talking about levels of testosterone and manliness matching the likes of Sting and George Clooney (never mind that People Magazine voted Hugh Jackman the “Sexiest Man Alive” this year).

The GranTurismo (GT) possesses the kind of careless charisma that will appeal to both regular guys at the bar who need buddies to have swigs with, and the ladies who will want to bear their children – or at least enjoy trying for one.

With the GranTurismo S (GT S), things get upped a few notches.

The car has the same well-sculpted body as the GranTurismo, but details like the slight kick-up on the edge of the boot lid, the extra-large special composite brake discs and the contrasting intake vents up front play up an imagery of aggression. 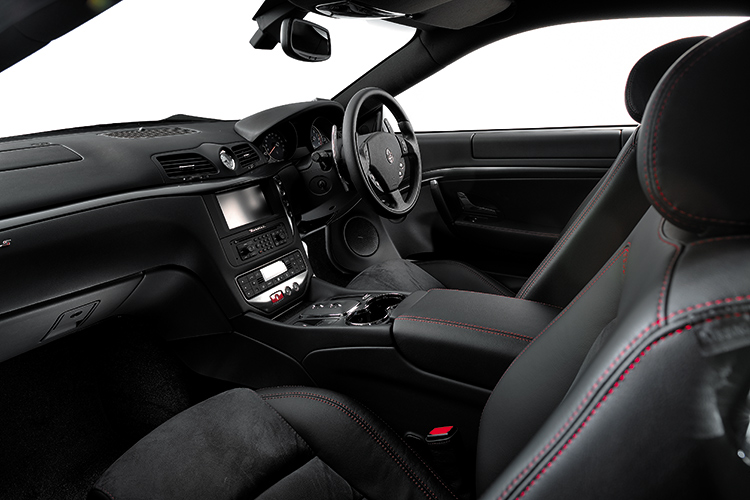 Inside, there is the same spacious cabin of the GranTurismo.

But in the GranTurismo S, touches like the enhanced bolstering on the front seats and the enlarged shift paddles located behind the steering wheel up the excitement level by just that little bit.

Otherwise, the cabin is a traditional set-up, with a rather basic screen for navigation.

And entertainment features give none of that “high-tech” but cold impression found on the German contenders.

Clever choice of sombre but sophisticated colours help to reinforce the car’s exotic credentials without looking too over-the-top.

The most prominent difference over the 4.2-litre GranTurismo’s cabin is the centre console.

Here, the traditional shift lever has been replaced by two buttons, marked “R” and “1”, because the GranTurismo S is available exclusively with the Duo-Select gearbox. 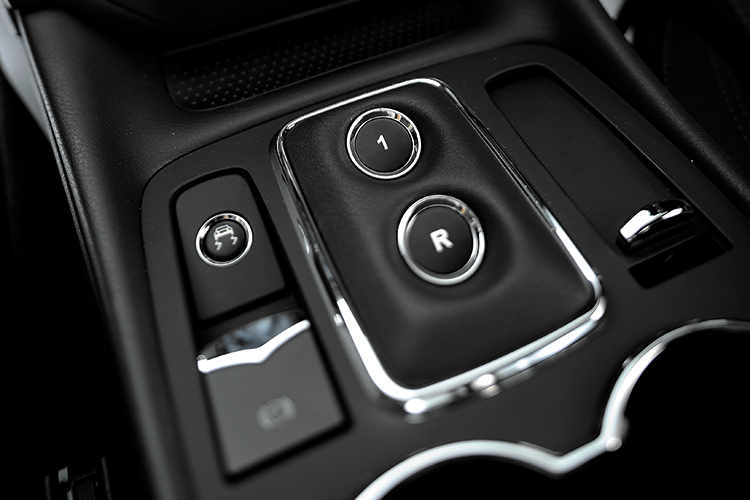 That’s Maserati’s automated manual transmission, which is similar to the F-1 Superfast offered by Ferrari.

This also shifts the weight distribution slightly towards the rear (53 percent versus 51 percent on the GranTurismo).

On paper, statistics says that the GranTurismo S, with its bigger engine, puts out an additional 40bhp and 39Nm of torque than the 4.2-litre GranTurismo launched earlier.

As a performance car made for the real world, the split second’s gain isn’t a big deal, unless the daily drive to the office includes fending off a slew of German bahnstormers like the Audi RS6 and BMW M6 (both 4.6-second cars).

Chances of running into such cars going at full pelt – on a daily basis – are rather slim. 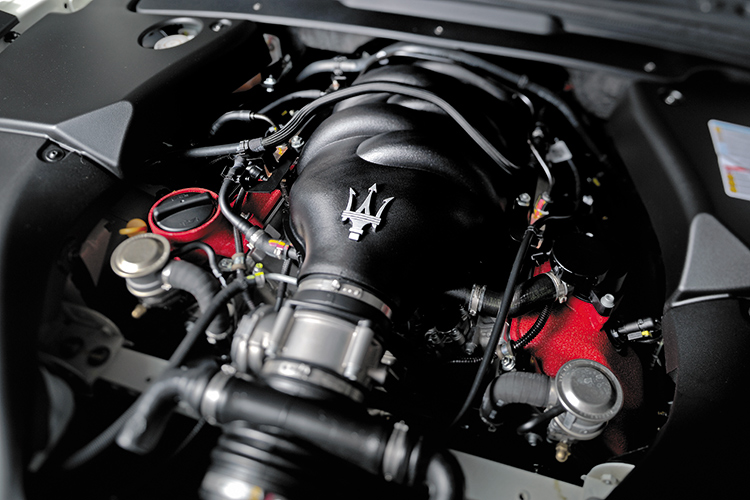 By the same token, knowledge of how quickly the Duo-Select swaps cogs in the aggressive MC-S mode when the car is in “Sport” (gear changes are clocked at 100 millisecond, matching the F-1) shouldn’t be too much of an issue.

But the differences do matter.

In “Sport”, mashing the pedal to the carpet in the GranTurismo S is a thoroughly stirring affair that’s unmatched by the more comfort-biased GranTurismo.

There’s definitely more low-end torque than the 4.2 but it’s on the high-end that the GranTurismo S’ kick really comes in.

The quick shifts not only mean faster sprints, but the firm jolts that come with every change reinforce the impression that the GranTurismo S is really quite sporting.

And everyone else will know that it is an aggressive car because in “Sport”, the exhaust system frees up noticeably, altering the V8’s note on top of amplifying the decibels.

Downshifts are executed with loud rises in revs to match the ratios. 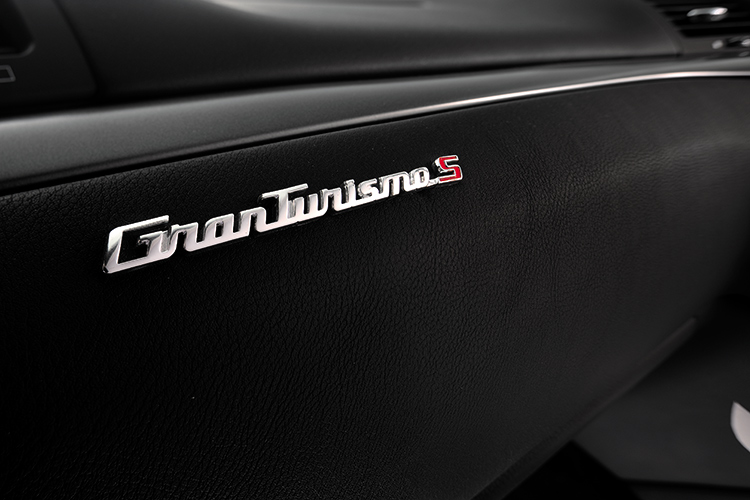 Just easing off the throttle will prompt the car to make an exciting popping noise.

Despite the soundtrack and performance capabilities, the GranTurismo S is hardly the bad boy or track star it appears to be.

On winding roads, the car’s upgraded suspension really hugs the road well, as do the wide Pirelli P-Zeros.

The steering set-up has a decent amount of feel.

The rack is progressive, with a ratio that’s just quick enough for decent response, without being too tight to be twitching at every tic of the wrist.

The suspension, despite being firmer than the GranTurismo’s, has sufficient give – especially about the rear axle – to provide plenty of feedback about grip levels and warning before things get awry.

It’s not completely demanding if you want to make rapid and fluid progress in the GranTurismo S. In fact, when you dial out the fireworks and noise (just by pushing the “Sport” button again), the car is not that different from the 4.2 GT or even the Quattroporte.

It’s immensely comfortable for covering great distances, with the suspension soaking up the bumps in true grand-touring style.

Of course, when the occupants are feeling a little snoozy, there’s always the “Sport” button to wake them all up again.

And that added dimension of athleticism and fun – the option to let your well-combed hair down for the drive home after a long day at the office; the ability to just shout a little – elevates the GranTurismo S to a level beyond the 4.2 model and that $65,000 or so price premium.