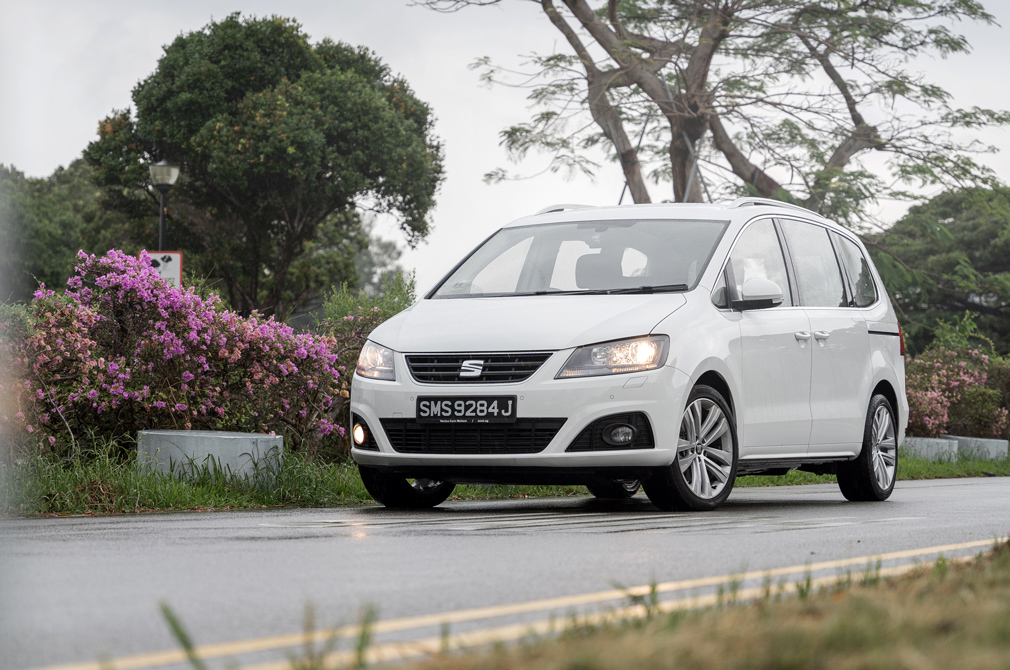 What does a boy racer who is fond of hot hatches like the Volkswagen (VW) GTI do when he is grown up, married and needs a spacious seven-seater family car?

Or he can save about half that sum and buy the Seat Alhambra MPV. The Spanish car is powered by the same 2-litre engine and 6-speed dual-clutch gearbox that is also found in the Golf GTI.

The Alhambra may not have the GTI’s pace or nimbleness, but its 7.8-second century sprint makes it one of the fastest seven-seater MPVs on sale in Singapore.

It is a clone of the Volkswagen Sharan, but it costs about $15,000 less than its German twin. Both cars roll out from the same VW factory in Portugal.

The Alhambra is named after the famed Moorish palace in southern Spain, a Unesco World Heritage Site. It is an appropriate name because the MPV is like a fortress – big, boxy and loaded with safety gear to protect its occupants. 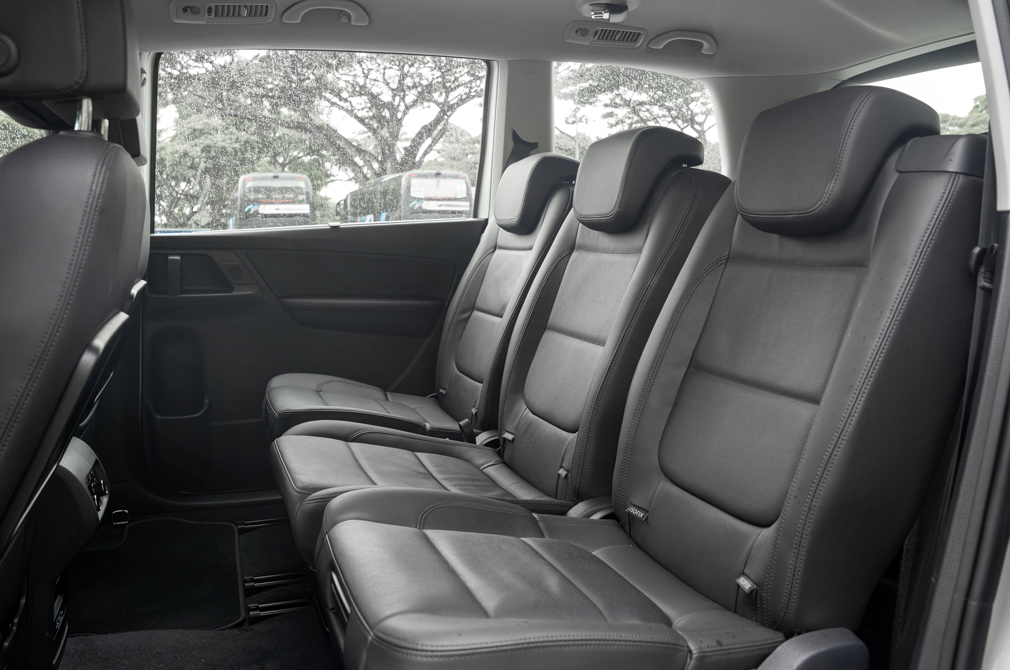 The Alhambra stands out in several areas.

First, the space. The Seat Alhambra is not particularly long. At 4854mm bumper to bumper, it is about the size of a large sedan in length. But what is outstanding is its 2919mm wheelbase which packs in seven seats.

While some MPVs have cramped seating at the third row, the last pair of seats is decently comfortable even for adults.

The sliding doors on both sides provide easy entry and exit. The third-row seats come with their own air-conditioning vents and cup-holders.

I can see young children making a beeline for the third row of seats which, among other things, keeps their parents at more than an arm’s length. 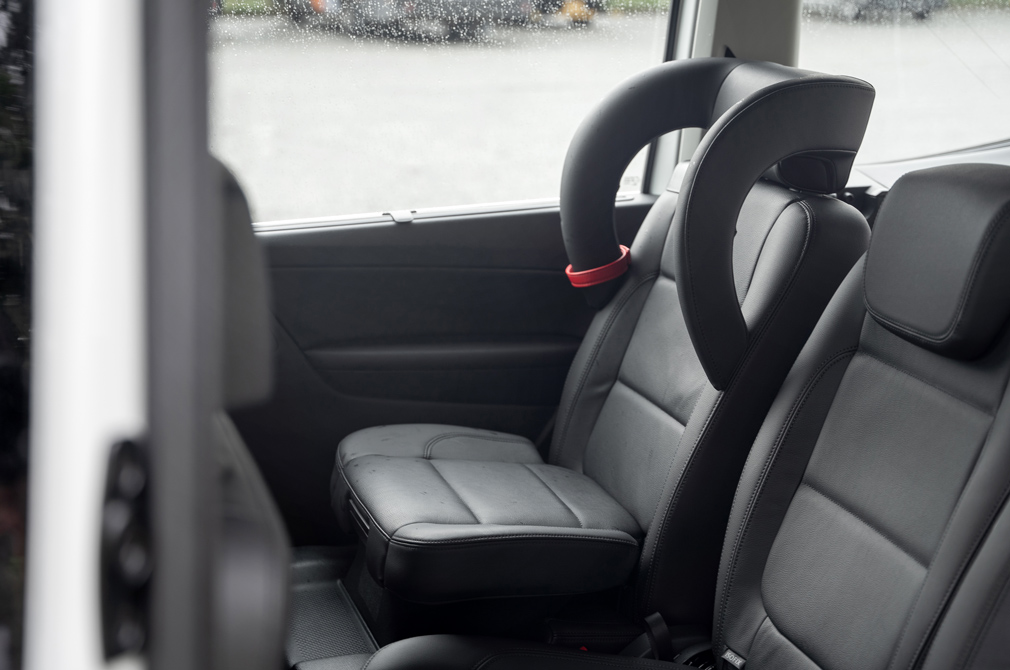 Built-in child seats only require parents to raise the seat squabs and swop the regular headrests for these.

Third, the safety features are outstanding.

Besides the usual safety tech like seven airbags, blind spot detection and a braking system that prevents or lessens the impact after a collision, the Seat Alhambra even has two integrated child seats.

The seat cushion of two of the three second-row seats can be raised to form a child booster seat which has a detachable headrest with head and neck support.

This feature is more commonly found in Volvo cars, which are renowned for safety.

Fourth, the Seat Alhambra is engaging to drive.

This 1.8-tonne car does not feel under-powered or sluggish on the move. Moving off from standstill, its pace feels quicker than the official 7.8-second century sprint.

The power delivery is as urgent as the GTI’s, especially when driven with the paddle shifters. 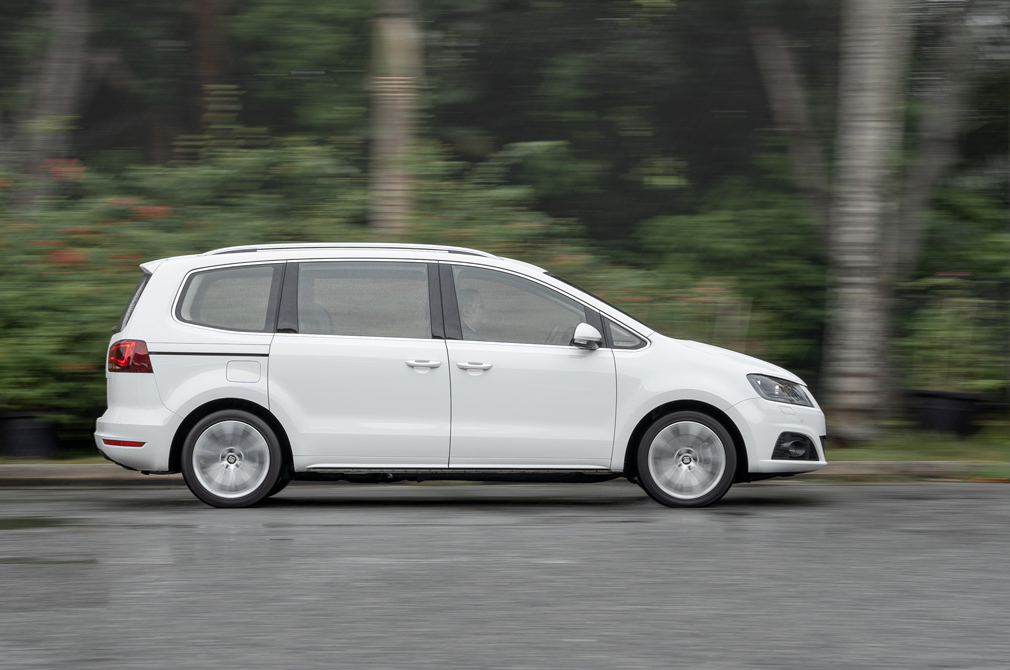 However, there are some niggles.

While the Seat Alhambra may have the same powertrain as the GTI, there is no escaping its mass, especially when driven around bends.

Its cockpit has been transplanted from the previously generation of VW cars – which feels somewhat outdated compared with the virtual instrument display in modern VW family of cars.

It also takes some effort to park the car with a big blind spot at the rear. A reverse parking camera would have been useful.

The European media reported earlier this year that Seat was reviewing the Alhambra in the light of dwindling popularity and sales, which led to speculations that both it and the Sharan could be axed.

It is a pity if that happens. But until it does, the Seat Alhambra presents buyers the option of a safe, spacious and value-for-money full-sized seven-seater MPV with some measure of GTI-inspired performance.

And the fact that the Seat Alhambra costs less than the GTI makes it a steal. It busts the myth that a family man cannot cling on to some hot hatch fun even as he grows up. 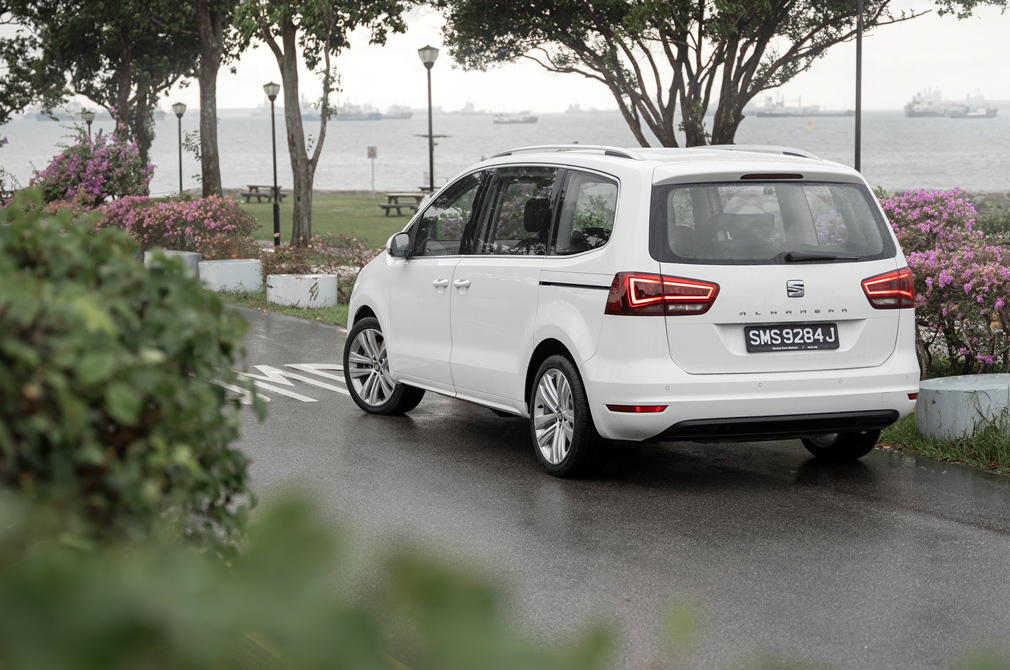 Interested in an MPV? How about the seven-seater Seat Tarraco SUV?
This writer went on a road trip with several Volkswagen MPVs