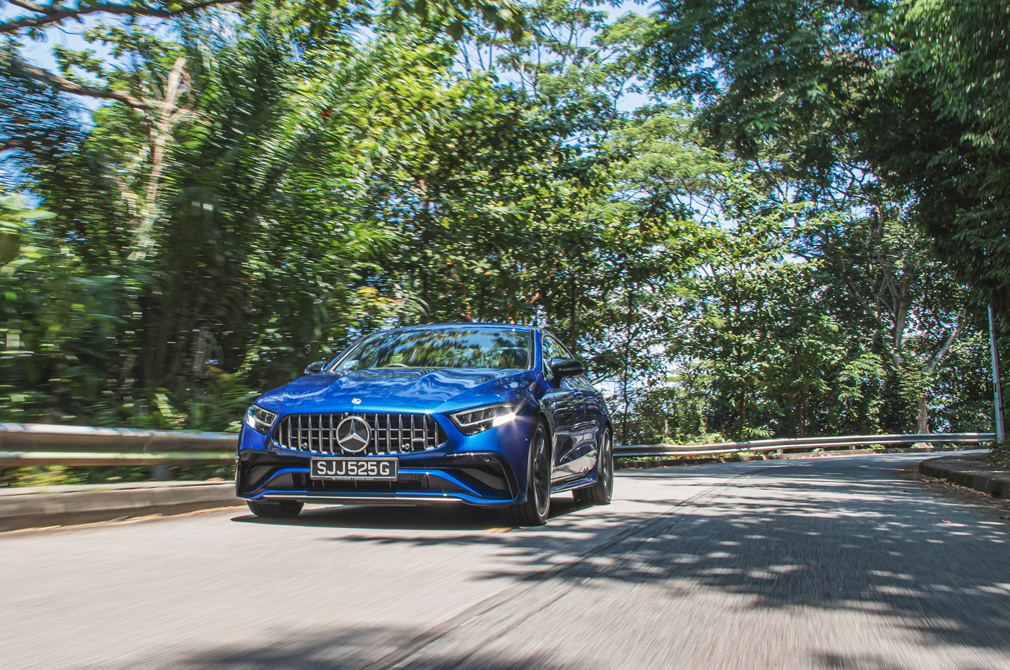 It has been four years since I first drove the current-generation Mercedes CLS, and till today, the car has my attention.

Design is subjective. Other people might dismiss the CLS as nothing more than a “tarted-up E-Class”, but I think it is more than that. A CLS does not feel or drive like an E-Class and that’s what matters.

That thought comes to mind when one glances at the updated CLS53. Its “bling” grille (now only seen on the CLS450) has been replaced by one with vertical bars. However, this is not my cup of tea.

Fortunately, most of the car has been largely left alone, and this is a good thing. Mercedes’ designers did a swell job shaping the CLS. 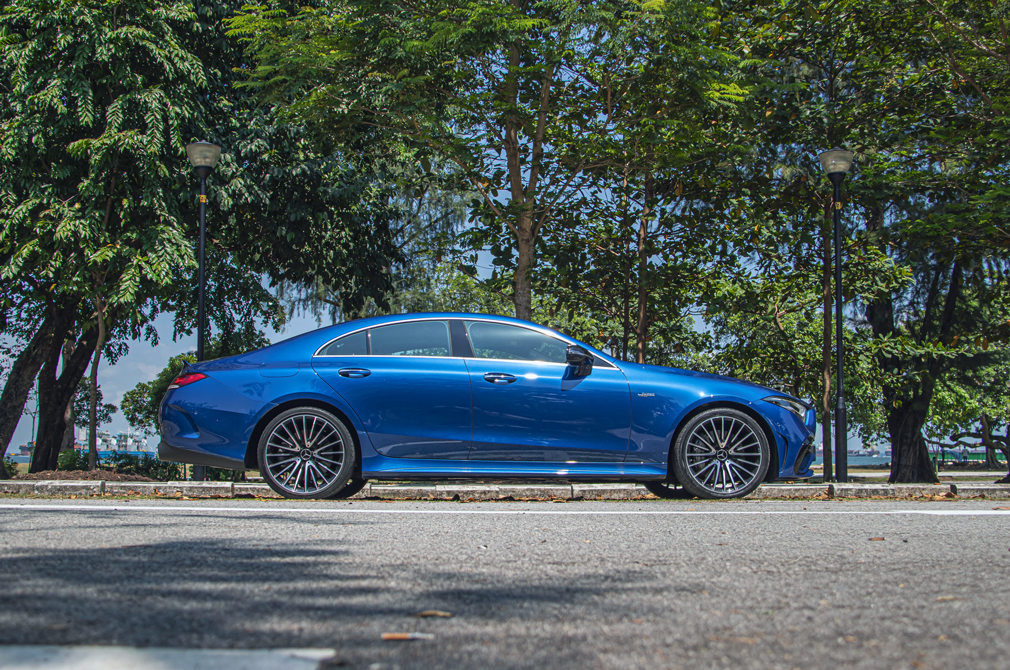 Instead of going overboard trying to imbue the car with flair, they wisely chose the path of restraint, using swoopy lines, gentle curves and the shark-like nose to set the tone.

The rear end is clean, with just the right amount of aggression in the form of quad-exhausts that peer out from the bottom of the bumper. Complementing these are the grey AMG brake callipers and cross-drilled rotors.

The CLS’s cockpit is still dominated by the Mercedes-Benz User Experience (MBUX) system, which sees two 12.3-inch screens functioning as the infotainment display and instrument cluster.

The graphics and colours are gorgeous and punchy, and to me, look more attractive compared to what Audi and BMW offer.

MBUX is not as intuitive as rival systems, though, so this part still needs to be better – especially given the new components. 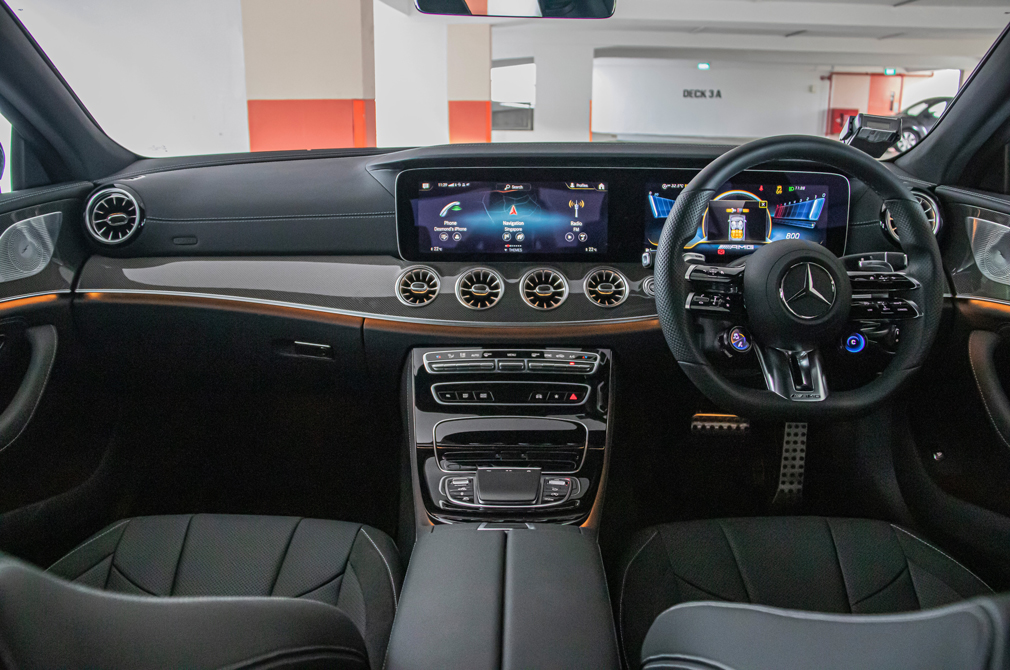 Mercedes gave the CLS53 a new steering wheel, but its “dual stack” spokes seem confusing at first. And while the touchpad areas are wider, they still take some getting used to.

One of the new upgrades to the steering wheel is the sensor pads that can detect that the driver’s hands are on the wheel. Previously, systems such as Active Steering Assist could only detect the driver through the steering movements.

The other one is the two rotary knobs that let you access and tweak several drivetrain settings on the fly. They can be pretty handy once you get used to them.

Then there’s the touchpad for the infotainment system, which replaces the previous setup that has a control dial. A multi-directional knob would have been the best solution, though. Perhaps next time. 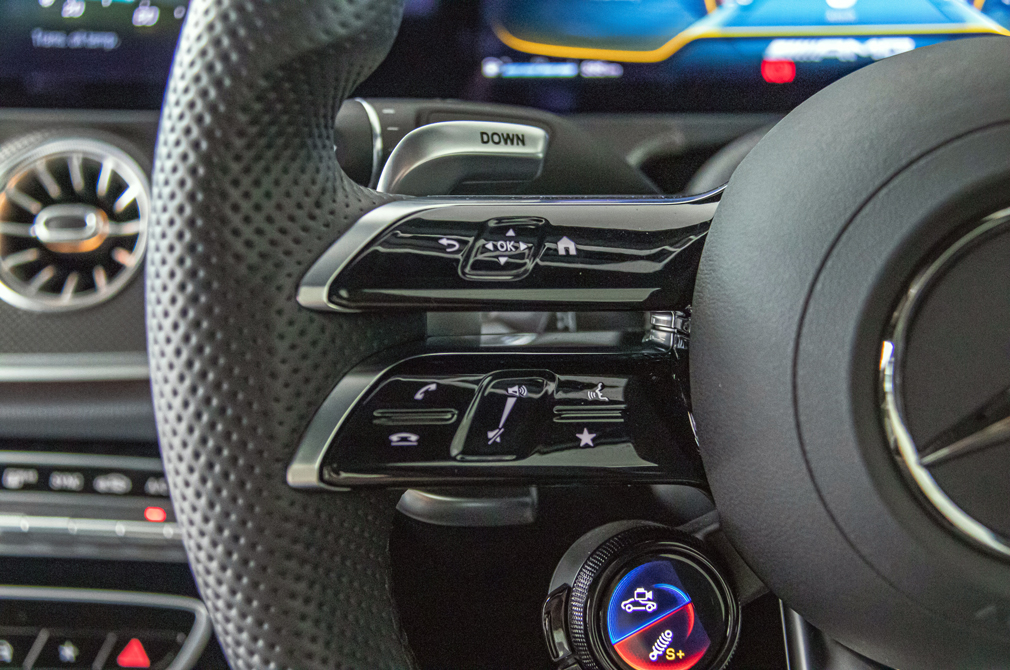 Thankfully, you can navigate the system and its menus using the touchscreen, though it does require you to stretch a little. Meanwhile, in terms of décor, Mercedes now offers two more wood trim options: open-pore brown walnut and high-gloss grey wood.

Now, though the cockpit is still hit-and-miss, the CLS53’s drive still delivers the punch and refinement I expected and remember.

Let’s talk “sexy” for a moment, shall we? Lift the bonnet and you’ll find a creamy, turbocharged 3-litre straight-6 that pumps out 435hp and 520Nm to all four wheels via a 9-speed automatic gearbox. 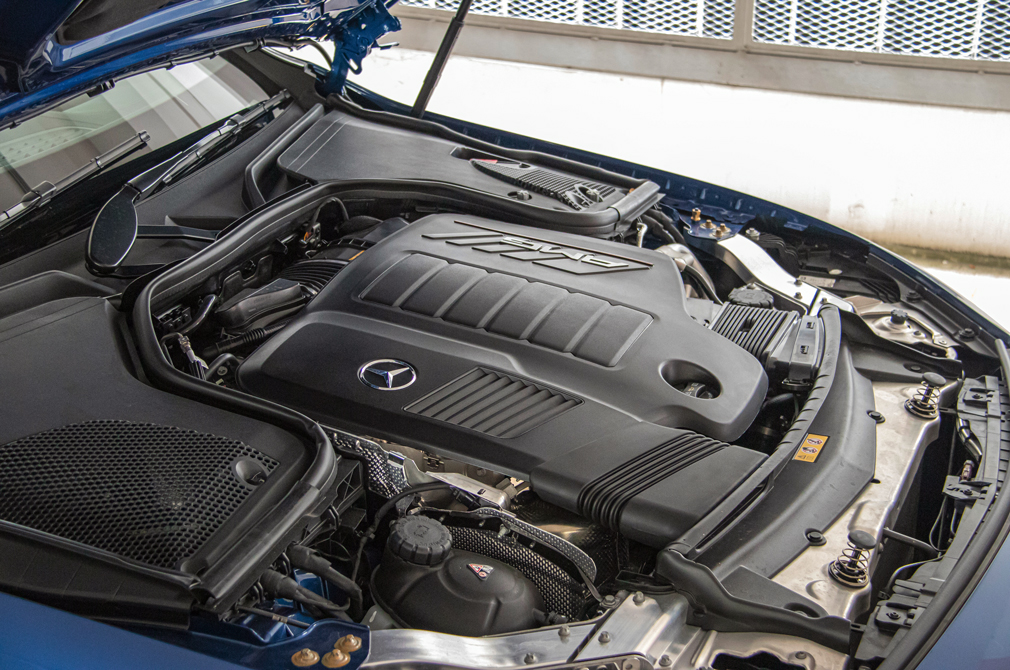 The CLS53 has another trick up its sleeve: It lets you make the rear end feel looser by going into the Dynamics menu and selecting either the “Advanced” or “Pro” settings.

Tipping the scales at 1980kg, this is a relatively hefty car, and attempting to chuck it around like a hot hatch will lead to disappointment.

Instead, the CLS53 excels on the open roads and long sweeping bends, where its size (just over five metres long) is less of an issue. Punch the accelerator and the car’s surefootedness sends you surging ahead, with a scarcely-believable century sprint time of 4.5 seconds.

The manual override function lets you explore the inline-6 motor’s throatiness and tractability, the latter helped by the EQ Boost system.

The integrated starter-generator (ISG) supplements the engine with an additional 22hp and 250Nm, which smooths out any gaps in power delivery. It also boosts low-end performance, and makes the stop-start system judder-free. 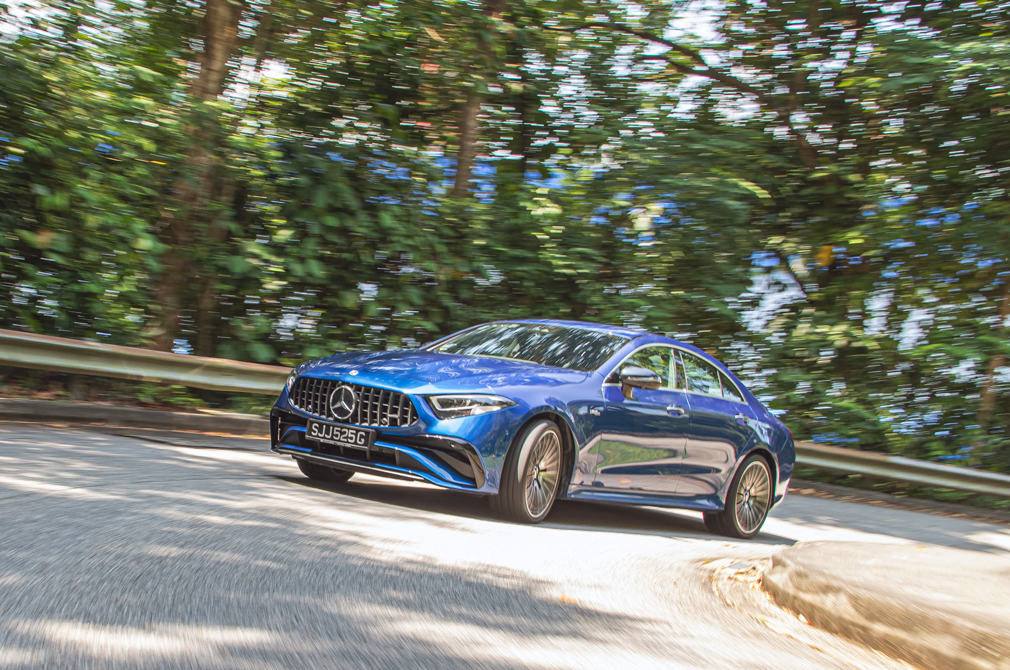 There are downsides, of course. As one of my Sgcarmart colleagues pointed out, the CLS53 and its performance are not a good fit for Singapore roads, which are compact compared to most other places in Europe.

Without the benefit of higher speed limits or unrestricted autobahn stretches, the CLS53 does feel hemmed in.

And while the ISG makes for smooth low-end progress, there is the question of inertia: When crawling through traffic, every kilogram of the car’s mass does it no favours.

The CLS53 may be impractical for our roads, but that does not diminish its talent, which is to take luxury, refinement and a lovely straight-6 engine, and wrap them all in a stylishly designed body.

I must be wearing rose-coloured glasses. Because it’s been four years and one update since I first drove the current-generation CLS, and till today, the car still has my attention. 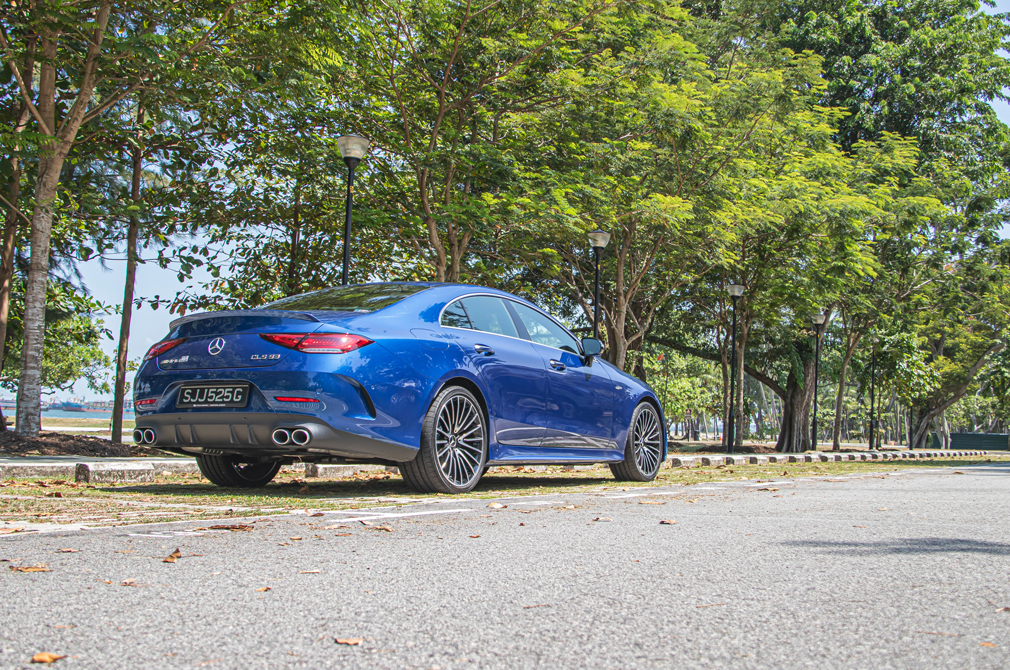