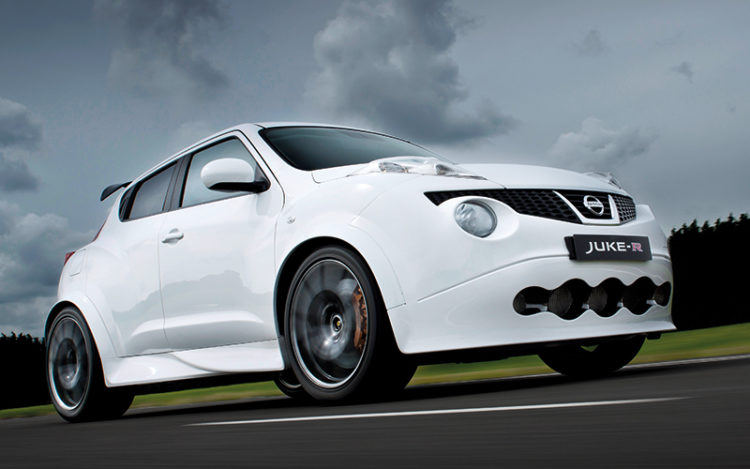 Right before I got behind the wheel of the Juke-R prototype, I drove the two Nissan models that made up its two “halves” – the Nismo-modified, turbocharged 200bhp 1.6-litre Juke crossover and the twin-turbo, 3.8-litre V6 GT-R coupe.

The Juke Nismo behaves like a decent hot hatch on El Toro’s makeshift 2.4km high-performance circuit. It’s punchy on the straights, frisky in the corners and suitably bassy in the engine room. The oddball is a ball of fire that’s easy to handle. The R35 GT-R, too, is fiery yet driver-friendly, but it’s much quicker, far grippier and more intimidating than the Juke pocket rocket.

Driving both the Juke Nismo and GT-R “simultaneously” in the Juke-R is strange but satisfying. Nicknamed Lilly, the unit I’m testing is the first of its kind and one of only four such monsters in existence (as we went to press). It doesn’t look too monstrous, though – outrageous, yes, but less ridiculous than Tokyo Auto Salon’s most extreme “mod jobs”. 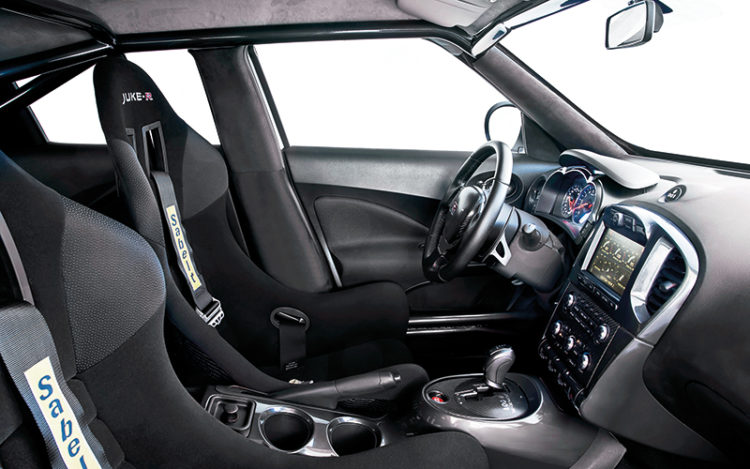 The Juke-R’s external modifications are limited to a variety of vents and ducts (mainly for engine-cooling purposes), flared wheel arches and wider tracks (to accommodate the GT-R’s suspension, wheels and brakes), sculpted side skirts, and a “split” wing atop the tailgate. There’s also a pair of fat exhaust outlets for the engine to spit out its exhaust gases.

It’s a mighty twin-turbocharged, state-of-the-art 3.8-litre V6 engine, complete with computer-controlled four-wheel-drive, squeezed into a tiny machine. With 485bhp and 588Nm, the Juke-R is less powerful than the current-spec GT-R (which has 550bhp and 632Nm), but that’s still around one-and-a-half times more power and torque than Nissan’s sporty 370Z.

The gearbox, a 6-speed dual-clutch system with handy paddle-shifters, is also taken wholesale from the GT-R. 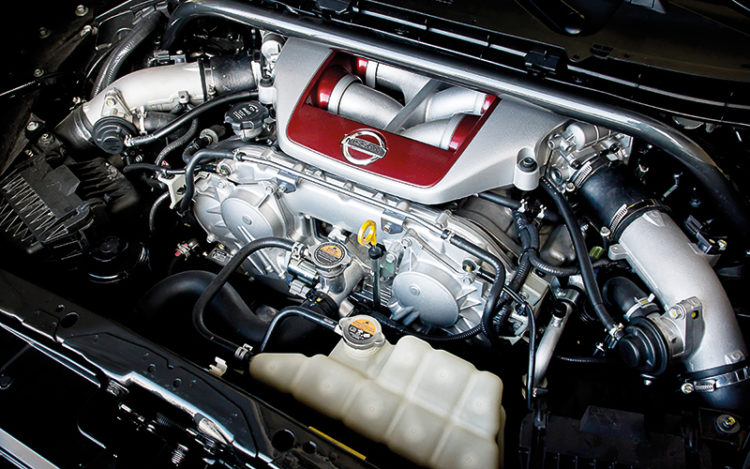 The engineers even crammed much of the coupe’s cockpit into the Juke – instrument cluster, steering wheel, pedals and centre console, plus the nifty seven-inch touchscreen system that provides a wealth of vehicle and real-time performance data that the Playstation generation loves to play with. And the car’s air-conditioning still works.

Also in the cabin are a pair of race-spec bucket seats, four-point racing harnesses and an FIA-certified roll cage, the latter displacing the backseats and turning this five-door hatchback into a strict two-seater. That roll cage and other chassis reinforcements actually make the Juke-R some 60kg heavier than the bigger and better equipped GT-R. The Juke is also higher, so with my borrowed helmet on, there’s more headroom left below the ceiling than in the low-slung R35. 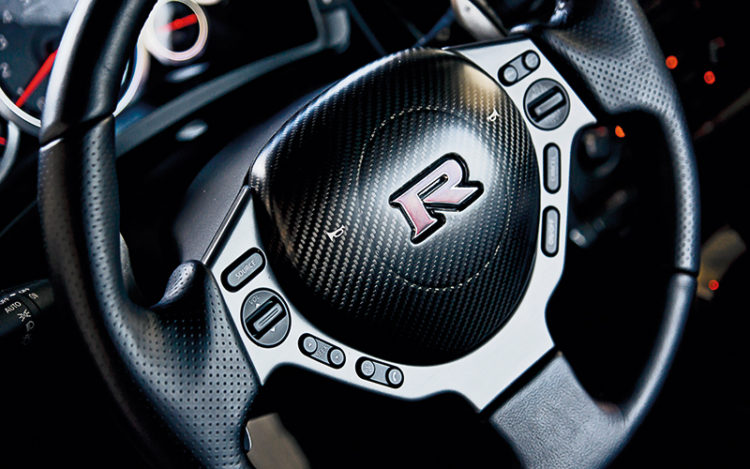 The Juke-R is a scorching hot hatch capable of smashing the century sprint in 3.7 seconds. It makes the Juke Nismo seem like Nemo the clownfish (swimming slowly) and the 370Z feel sleepy (zzz). Indeed, the Juke-R flies like a bat out of hell – a ferocious baby bat, to be exact. Even if I refrain from depressing the throttle pedal all the way, there’s already so much fury and energy that I need the same heightened driving concentration as in the GT-R. It sounds like the GT-R, too, but with a slightly dry throat.

The Juke-R approaches corners in a huge hurry, but its massive Brembo brakes shed speed equally quickly, so I can steer in accurately and power out aggressively – every time, at any angle of approach, with maximum traction and my full attention. It grips the tarmac with tenacious “rubber” bayonets that refuse to let go. It fires bursts of brutal acceleration like a Gatling gun shoots dangerous big bullets. And it sounds like a series of controlled grenade detonations, all “well thrown”.

Unbelievably, the Juke-R offers an even greater driving experience than the GT-R, the undisputed samurai of modern supercars. Violent yet obedient, frightful but perversely delightful, Nissan’s Juke-R is really a baby Godzilla. 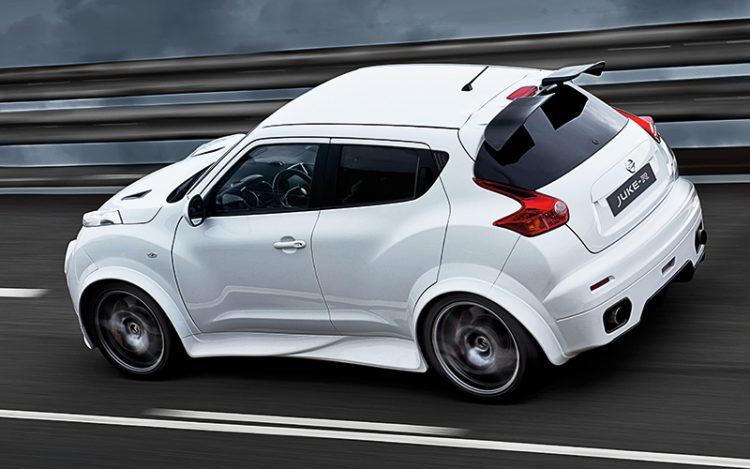