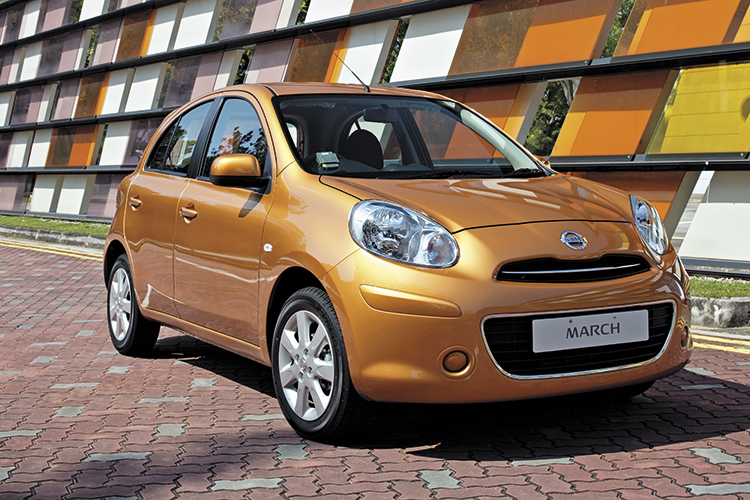 The relative scarcity of COE supply in recent months has resulted in high prices for new vehicles, leading to more big cars being sold because their dealers have the margins and their customers the means compared to those selling and buying smaller, simpler models.

Budget cars in Singapore have been busted, so to speak.

The little city cars that would seem ideal in a congested country like Singapore have been priced out of the market. Yes, I know the argument that even a small car also needs driving and parking space, so it doesn’t really matter how big a car is. 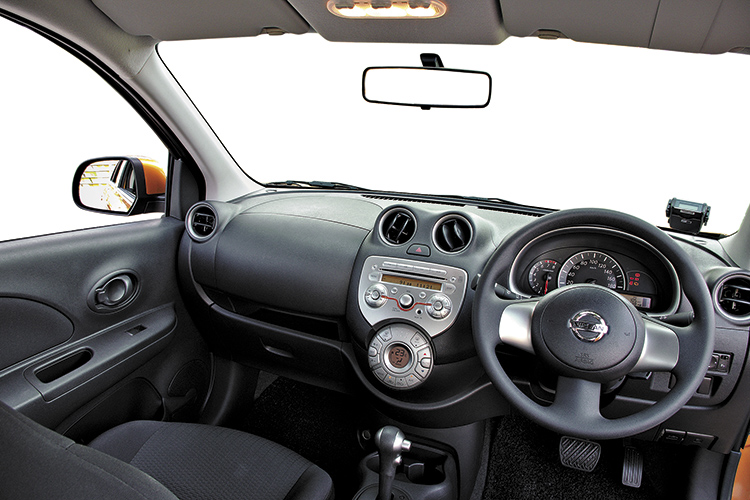 Circular shapes are everywhere on the dashboard, so “squares” shouldn’t sit here.

However, there is no denying that in crowded carparks or narrow streets, compact hatchbacks occupy considerably less room and are also less stressful to manoeuvre.

Launching a new city car like the Nissan March in the current climate of expensive COEs seems to be a leap of faith. After all, how many people are willing to fork out over $80,000 for a tiny car whose COE is worth several times its Open Market Value (OMV)? 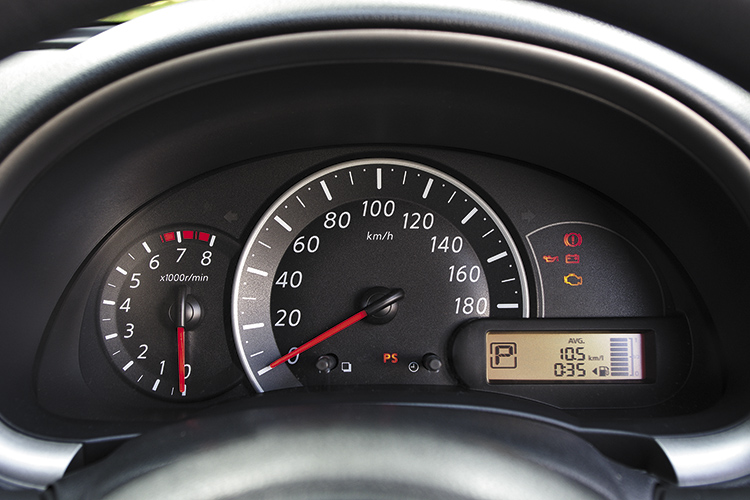 But get past this newcomer’s COE-inflated price and you might notice the fourth-generation March is actually a cute little number. A double-layer grille and huge headlights give it a cheerful countenance.

It literally has a bright, smiling face and a cuddly look. Thankfully, Nissan’s designers have not made the car so feminine-looking that male drivers will be put off. It’s made in Thailand, by the way. 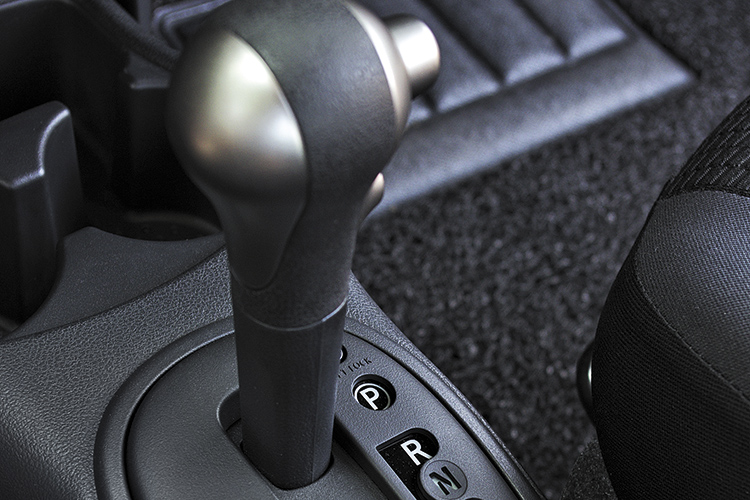 Four-speed automatic gearbox is dated, but honest and straightforward.

Though barely 3.8 metres long, the new March is unbelievably spacious. The “wheel at each end” design gives it a relatively long wheelbase of 2440mm.

Rear legroom is so generous, it would put many medium-sized saloons to shame. This feeling of space is enhanced by the high roofline, which provides even six-footers more than enough headroom. 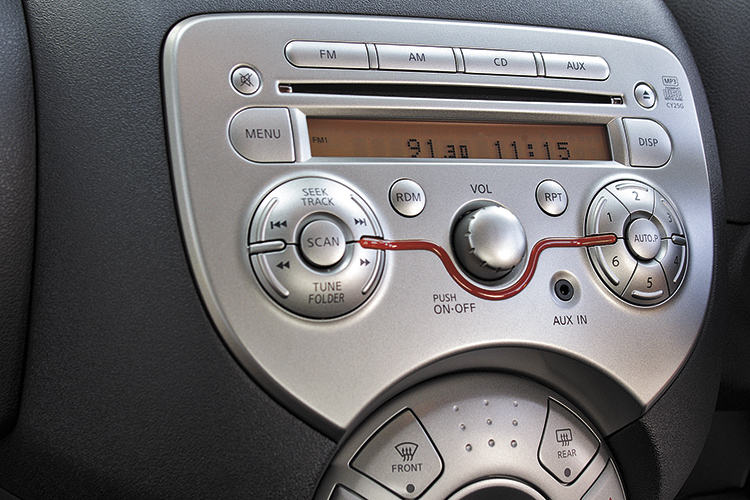 The cockpit features a so-called “twin bubble” motif. Circles dominate the dashboard, with round vents and even a circular “disc” for the audio and ventilation controls. This layout means a factory-fitted hi-fi has to be specified.

Besides making the March feel more upmarket, it also saves us from aftermarket stereo systems that vary in their audio output and appearance. (The worst systems are poorly designed, difficult to operate and look like a tacky mobile disco with ridiculous displays.) 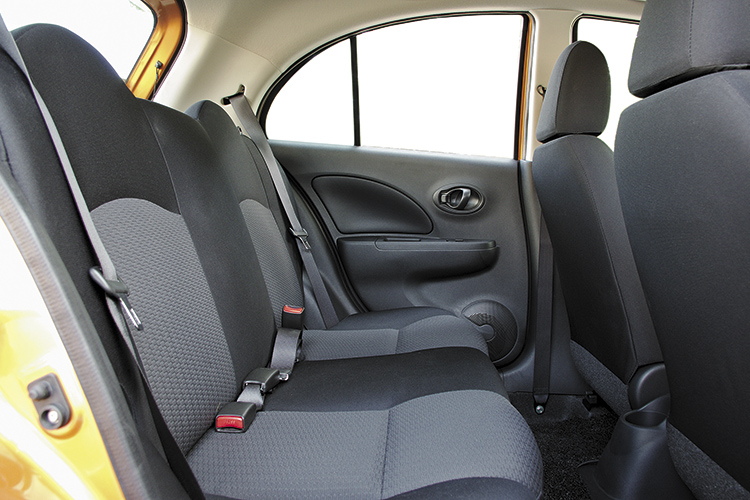 Though dominated by hard plastics, the fascia does not appear low-rent. Standards of fit and finish are alright, with a nicely padded steering wheel.

There are no stereo controls on the wheel, but this might be expecting too much of a humble city car. The automatic March tested here has the benefit of climate control air-conditioning, while the manual model doesn’t. But in a car of this size, it doesn’t really matter either way. 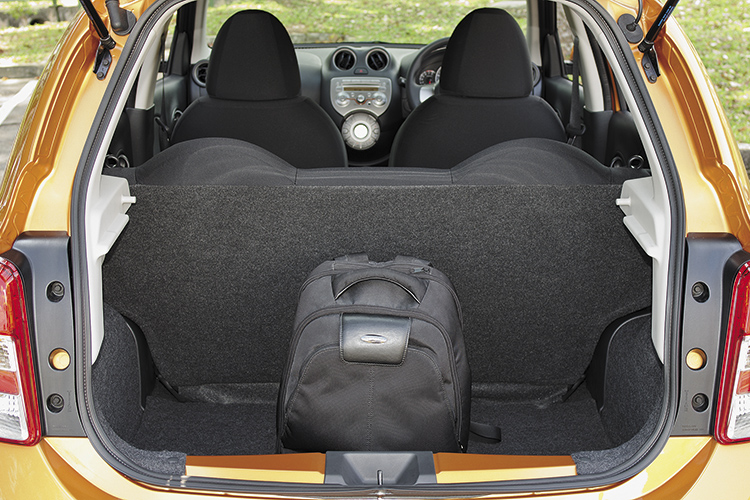 Piloting the March is no hardship either, unless you’re a driver who’s always in a hurry. This little fella rewards drivers who are patient. At its heart is a 1.2-litre 3-cylinder engine developing just 76bhp and 104Nm of torque (the manual version has 3bhp and 2Nm more). Though compact and cute, the March is no lightweight at 940kg.

Now you know why it takes all of 16.7 seconds to reach 100km/h from rest, and 152km/h is the fastest you can hit no matter how long a straight you have. But to dwell on the performance (or rather, the lack of it) would be to miss the point of the March. This is, after all, a dedicated city car, and if used like one, passes the test. 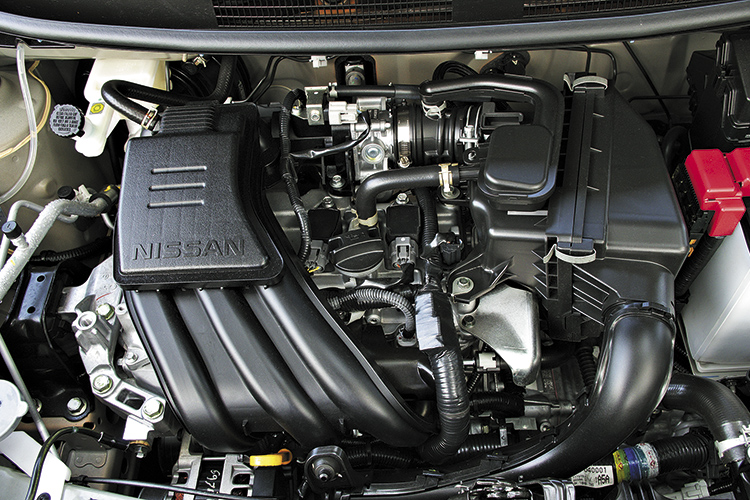 Nissan March’s 1.2-litre 3-cylinder has less energy than a pipsqueak pet, but it works hard.

Drive in a leisurely manner and the car is actually quite refined, with road, wind and engine noise all well suppressed. But rev the three-pot past 5000rpm and it loses its composure, emitting a note that isn’t particularly pleasing.

The ride is decent for a small vehicle. The suspension copes well over ridges and irregularities – definitely better than the March’s immediate rivals. This comfort, however, comes at a price. Corner the little Nissan with enthusiasm and you’ll find it rolls a fair bit, accompanied by dollops of understeer. Again, remember that this is a city car and handle it accordingly. 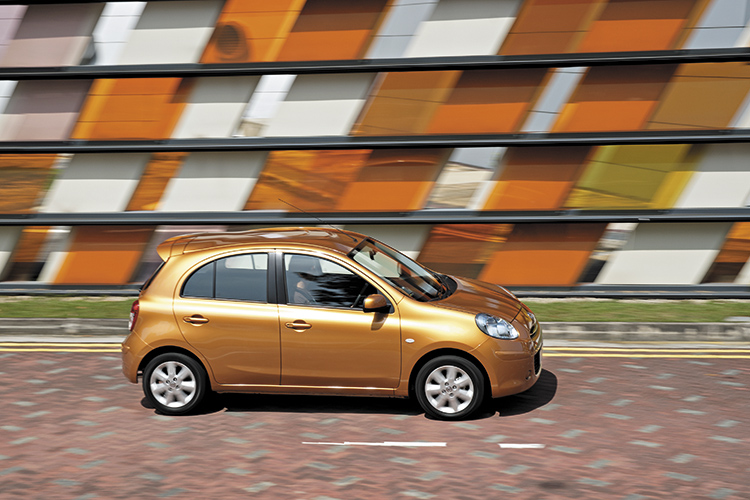 If all this admonishment to drive unhurriedly is not enough, look at the theoretical fuel consumption figures. Nissan says it’s possible to achieve 15.2km per litre overall in the automatic March, with the manual claimed to return an impressive 16.9km per litre!

But if driven reasonably hard to keep up with the cut and thrust of traffic, fuel consumption in my experience would be more in the region of 10.5km per litre (according to the trip computer), which is alright but not particularly thrifty for a 1.2-litre supermini. 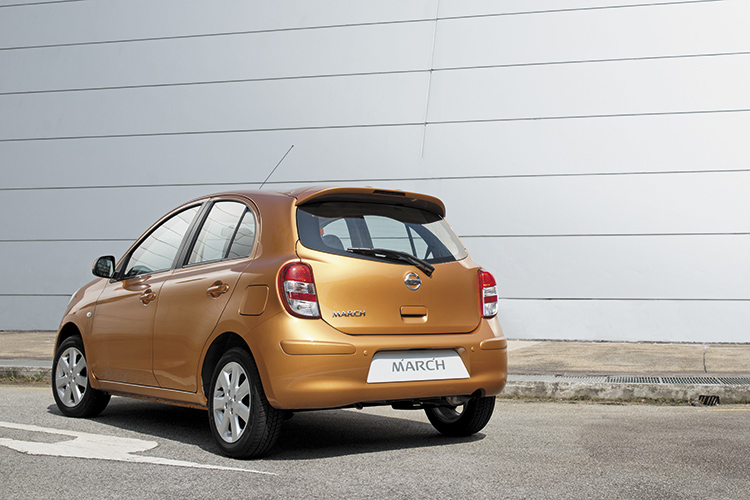 Sunlight Orange is just one of the 10 cheery colours available for the Nissan March.

The boot offers 241 litres of cargo capacity, which is par for the course. Like all hatchbacks, the rear seat back folds forward to liberate more boot space. Unfortunately, it lacks the versatility of a 60:40 split. The front and rear seats are reasonably supportive.

If you’re an urbanite who seldom, if ever, ventures beyond the metropolis and are seeking a good runabout, you could do worse than the new Nissan March. 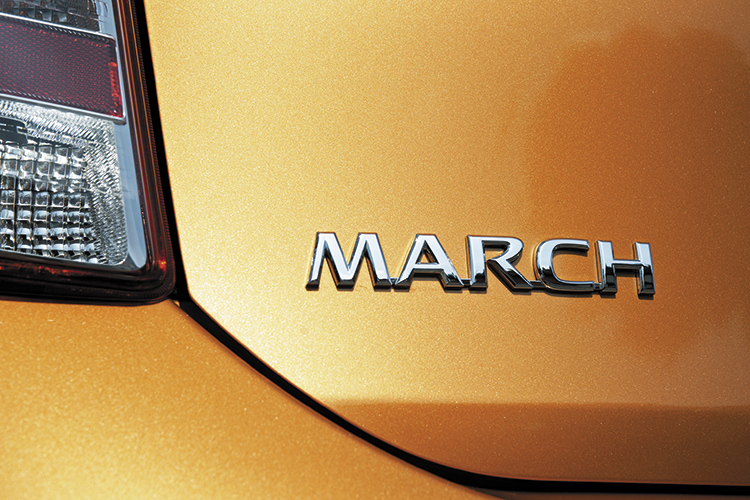 It’s a roomy, refined and convenient package that does things in a measured manner. Unfortunately, at over $80k (including COE), it is anything but cheap. Twenty grand less would have hit the mark.

2013 Nissan Note is a spacious hatchback with a gentle soul