Peugeot 408 kicks it up a notch in the saloon segment | Torque
Loading posts... 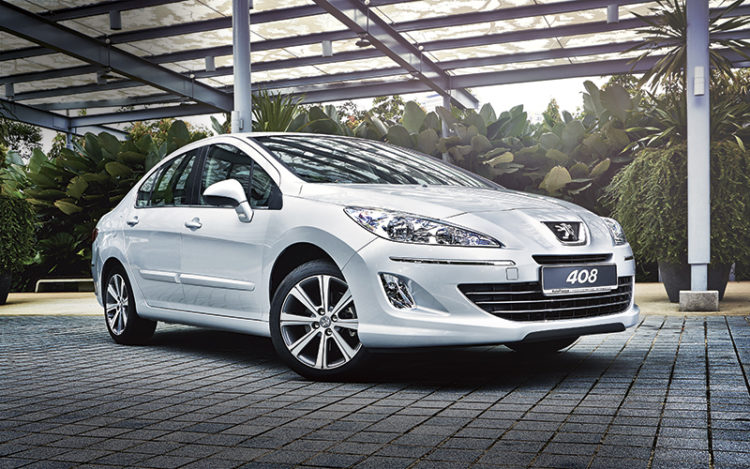 Local motorists’ preference for saloons over hatchbacks is deeply ingrained, very much like our taste buds favouring spicy over non-spicy food. This inclination is probably due to the fact that size-wise, we do get “more” car for our money, thanks to the additional sheet metal used for the boot. With physical size and interior roominess being major criteria for the average family car buyer, it’s no surprise that the VW Jetta (basically the “booted” version of the Golf) has been a best-seller here in recent years.

With the arrival of the Malaysia-made 408, Peugeot now has a direct rival to the popular German saloon. Despite its (misleading) moniker, the 408 does not replace the defunct 407 – it’s actually a “notchbacked” 308 that sits between the 308 hatch and the 508 in the local lineup. 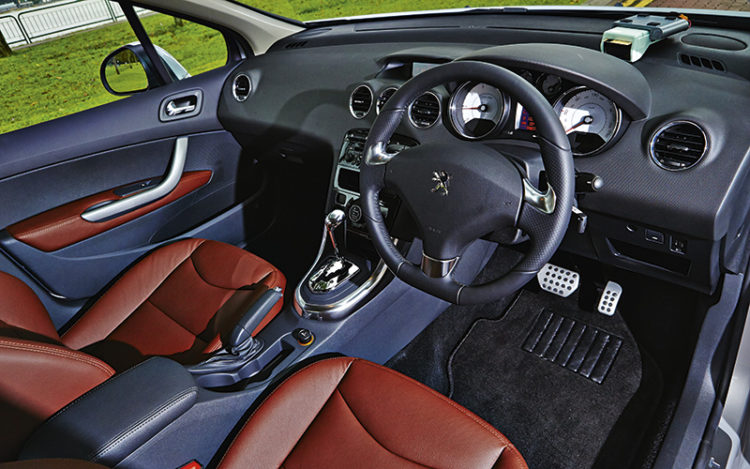 You won’t mistake the 408 for anything but a Peugeot, for its front end features the marque’s signature styling detail – a sizeable lion badge on a pronounced nose flanked by “stretched” headlights. The rear end, however, looks rather plain – which is strange, considering how French automobiles are usually known to sport plenty of design flair.

In terms of dimensions, the 408 is larger than the Jetta, which would be an advantage in this size-sensitive segment. Most significantly, the 408’s 2710mm wheelbase is a useful 59mm longer than the Jetta’s. One could almost imagine the engineers and designers coming together and saying, “We moost make zis betta zan zee Jetta, oui?” 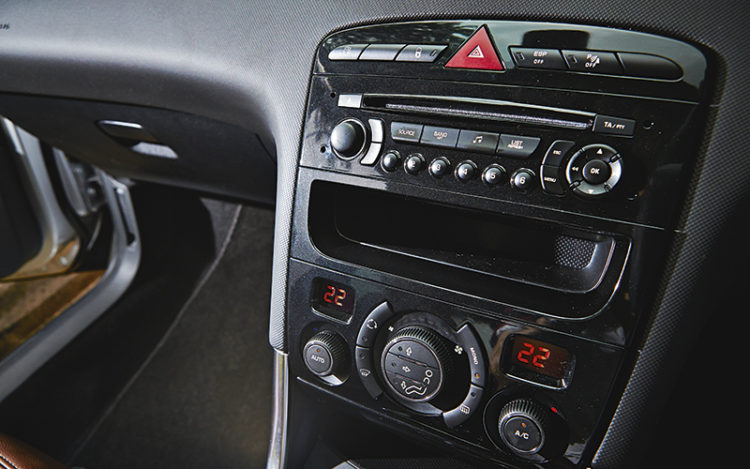 The sizeable exterior translates into an equally spacious interior. It’s airy, even without a sunroof, and the driving position feels like that of a compact MPV, thanks to the cab-forward design. The front seats need more adjustability, though. I found myself either too reclined or too upright – frustratingly, there is no in-between setting that would’ve been just right.

Also in constant need of fiddling is the Bluetooth function, found in the car’s hi-fi system. Repeated attempts to link to my phone were unsuccessful, for both device and “dashboard” would only stay connected for a few seconds. While the dated display is forgivable, this isn’t. 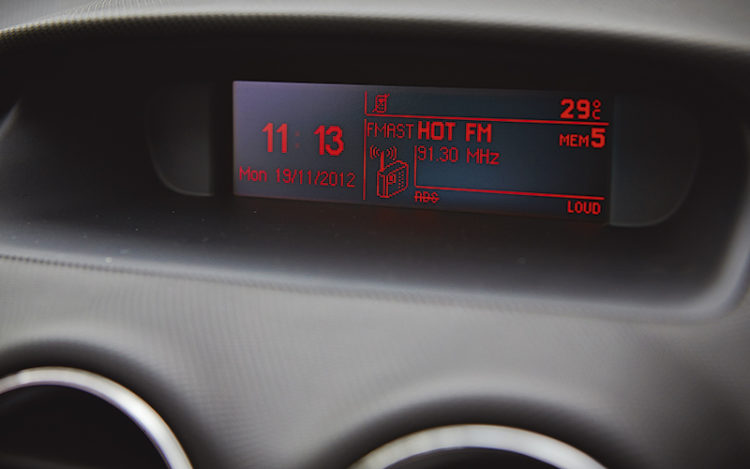 Better than expected, on the other hand, is the rear accommodation, which is well suited to tall passengers because of the plentiful space for their heads and legs. It’s a very practical “back room”, too, thanks to the deep door bins that can store bigger personal items such as tablets, pocket umbrellas and magazines.

Also able to swallow loads of personal stuff is the cavernous boot. At 562 litres, its capacity not only exceeds that of the VW Jetta (by a substantial 52 litres), it even surpasses the boot volume (albeit by just two litres) of the current Mercedes-Benz S-Class limousine. 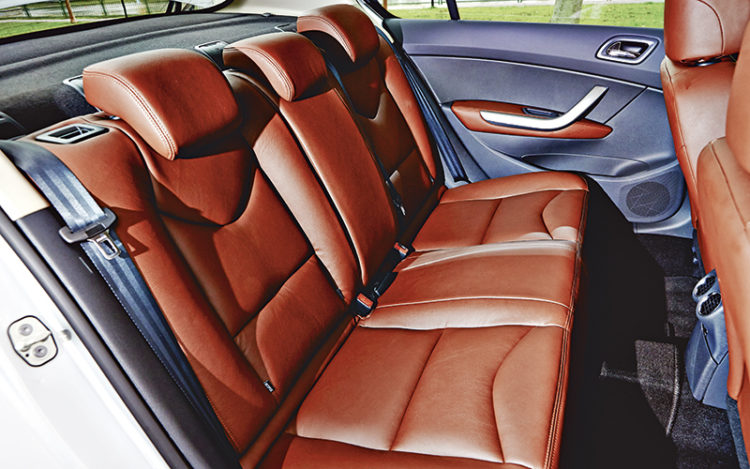 Generously proportioned backseat wouldn’t look out of place in an executive saloon.

Although the 408 doesn’t ride like the German limo, it does possess the wonderful composure French saloons are known for. There’s a nice balance between comfort and handling despite a slight feeling of wooliness at times, probably caused by the 17-inch wheels.

Equally pleasing is the steering, with a hefty feel that inspires confidence at highway speeds. It’s hard to believe Peugeot’s claim that the electro-hydraulic setup is speed-sensitive, however, since the 408’s steering still feels weighty even when you perform parking manoeuvres. 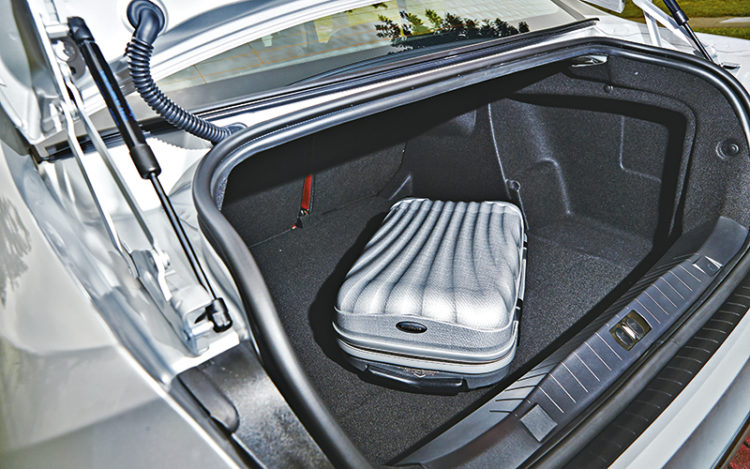 More than up to the task in any situation is the car’s turbocharged 1.6-litre powerplant, which also does duty in the 308 Turbo. The motor in the 408, however, has been tuned to produce 163bhp, making it slightly more powerful (by 3bhp) than the turbo-supercharged Jetta Sport.

But smoothness, rather than sportiness, is the 408’s forte. Although its power delivery has a linear quality and the engine is willing to be revved, the car’s 9.2sec century sprint figure means the driver will be doing more cruising than sprinting. Complementing this laid-back nature is the 6-speed automatic, which delivers creamy shifts. 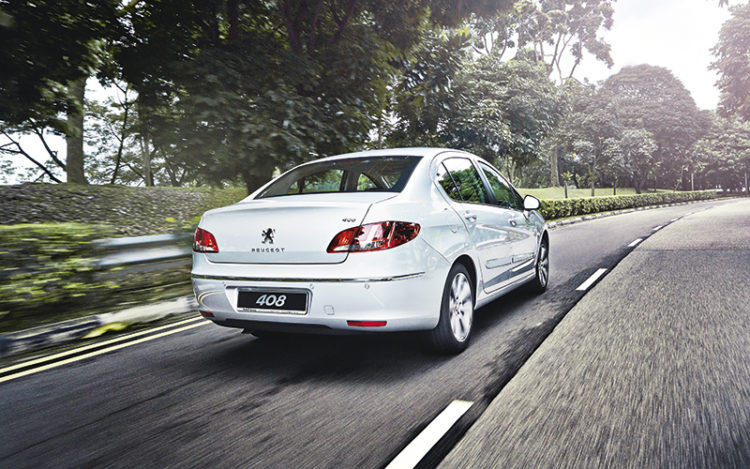 All told, the 408 easily matches up to its great German rival. But this Pug still has to convince customers that VW’s brand appeal isn’t everything, as that could make buyers kick their budget up a notch (by $9k) and opt for the Jetta Sport instead.