The Peugeot 5008 is an MPV with a versatile cabin and a well-sorted chassis
Loading posts...
0 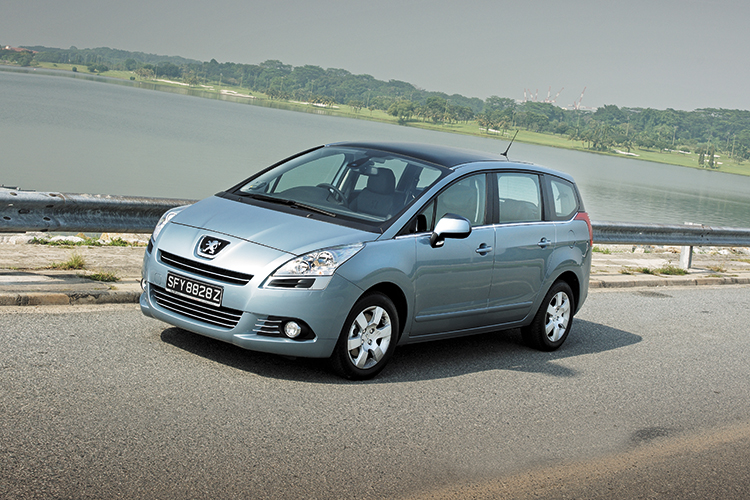 Much has been written and said about MPVs, their image and their drivers – most of it unfavourable. For some reason, even the thought of an MPV, which in many ways symbolises domesticity (and some would also say docility), makes most drivers cringe.

Ironically, when you ask your friends what they value most, their answer would be their families. Yet the prospect of being a husband or a wife driving around in a minivan with the kids in tow (aka parenthood) is an image many would prefer to steer clear of. 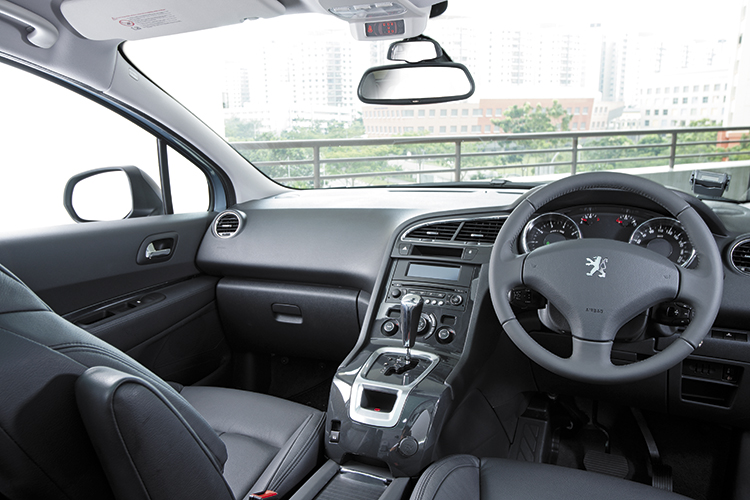 The Peugeot 5008’s cockpit is based on that in the 308, but it provides far greater practicality for the family.

People ferrying, however, is serious business. Nearly every carmaker, except for most of the exotic marques, have MPVs in their line-ups. It is a segment most mainstream manufacturers simply cannot afford to ignore.

This is why Peugeot finally decided to play catch-up with its 5008. Though essentially a mechanical clone of its cousin, the Citroen C4 Grand Picasso, everything else about the 5008 is very much a Peugeot affair. 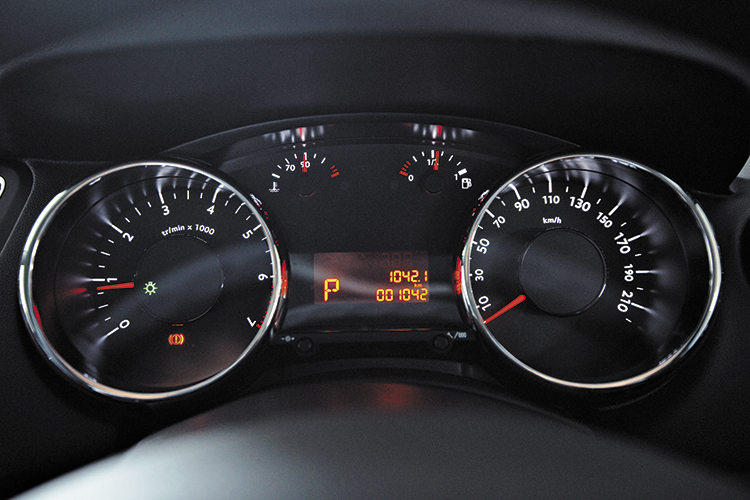 Peugeot 5008’s instrument panel is pretty, but the fuel and temperature gauges could be bigger.

Unlike its stablemates, the 5008’s design does away with the huge gaping maw filled with metal “teeth” at the front end. In its place is a much slimmer grille and air dam with a trio of thin horizontal bars that look like they’re floating.

The subtly lined aluminium bonnet with the large lion badge is indicative of the brand’s new styling direction, which eschews quirkiness for a sharper but nonetheless elegant design. Even the overly curved tail lights on the 308 SW have been pulled back to a more compact shape. 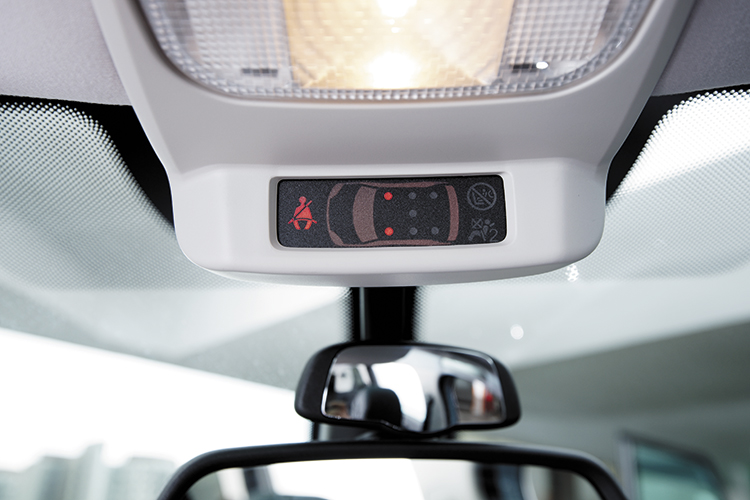 Those familiar with the rest of the Peugeot range will recognise the same key bits once they settle into the driver’s seat. The steering wheel and chic chrome-ringed meters are lifted from the 308, along with the audio and air-conditioner controls.

Peugeot’s designers could, however, have relooked the audio system’s buttons, which remain a bit small. This leaves even less space for their labelled functions, which can’t be read at a glance. 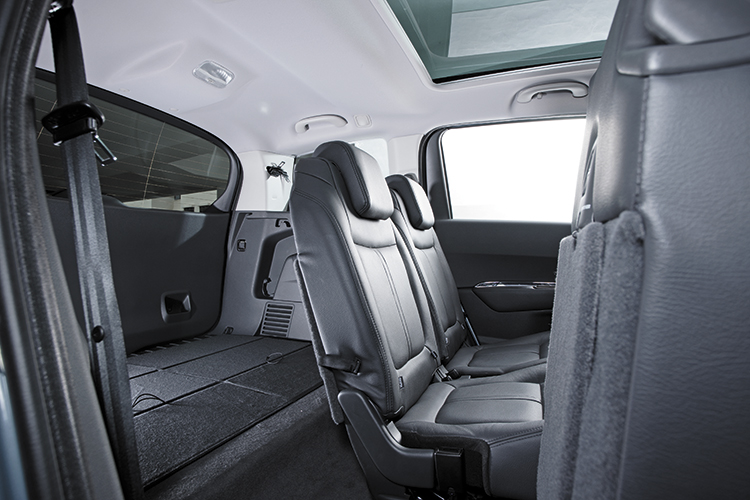 It would also be better if the satellite audio switches and cruise control were placed on the steering wheel instead of remaining tucked behind it.

Multi-purpose vehicles are named because their owners require them for a variety of uses. This is where the 5008’s cabin really shines. Six individual and foldable seats, which can be independently reclined, mean the interior can quickly be configured to suit different situations. 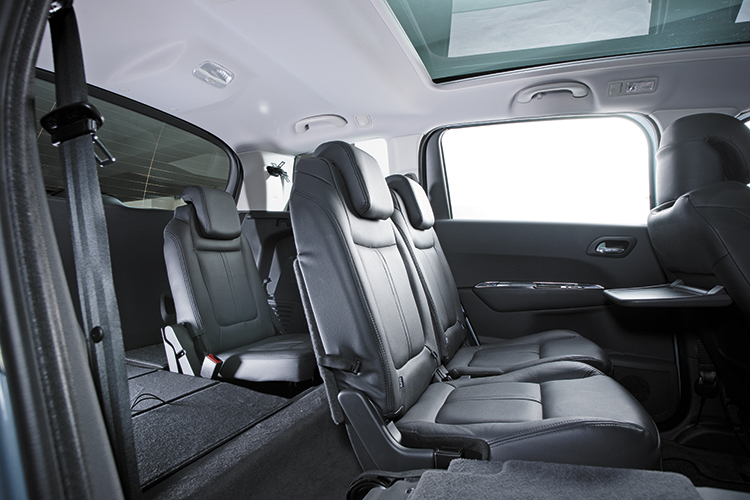 The standard five-seat arrangement affords 823 litres of luggage space. Fold the second row of seats flat, and this expands to 2506 litres, turning the Pug into a cavernous utility van.

If needed, the front passenger seat can also be collapsed, allowing you to accommodate items up to 2.76m long. 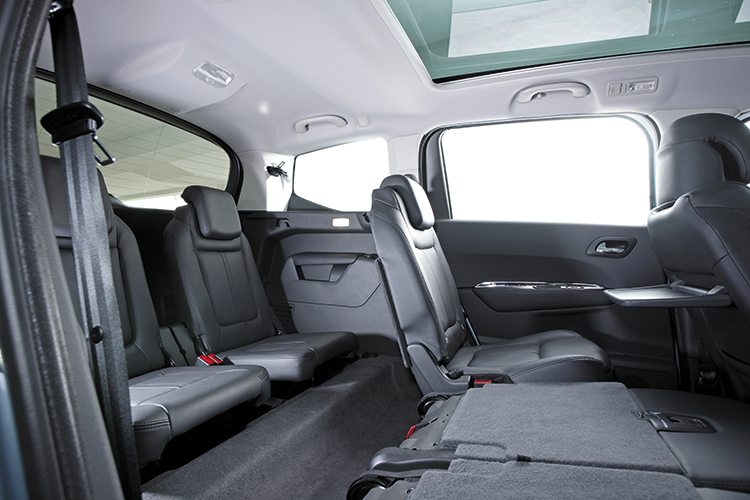 The Peugeot 5008’s individually folding enable the cabin to adapt to any transport task.

Family vehicles should also have plenty of cubbyholes for knick-knacks, and the 5008 doesn’t disappoint here either, offering a total of 48 litres of storage. Apart from the glovebox, there’s also a space under the steering wheel and a chilled compartment between the front seats.

The hidden storage space beneath the floor in the second row is nifty but easy to miss, so if kids start hiding their sweets in there, parents won’t know till they see the ant trail. 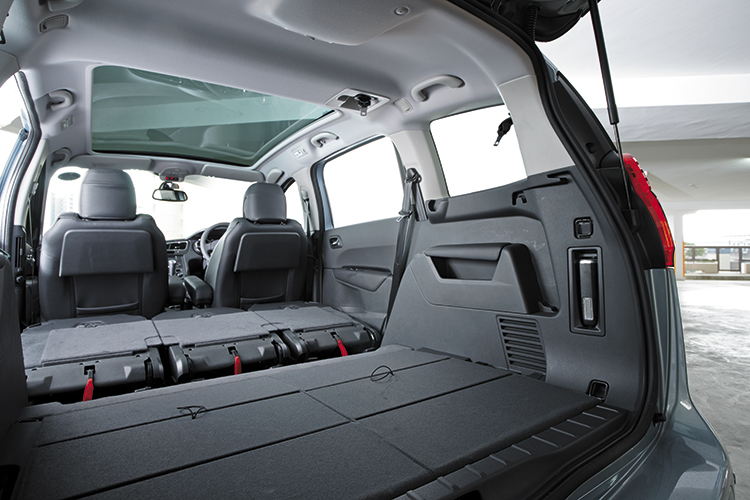 Need room on board for seven instead of five? Tugging on a pair of cords in the rear instantly brings up an extra pair of seats from the floor. Like most MPVs, however, the last row of seats is really only adequate for small children. To force an adult back there would be inhumane, as he would end up having a conversation with his knees.

At any rate, the fact that the second row of seats can be slid forward to facilitate access there might help you convince (dupe, more likely) the hesitant passenger that it isn’t as cramped as it looks. 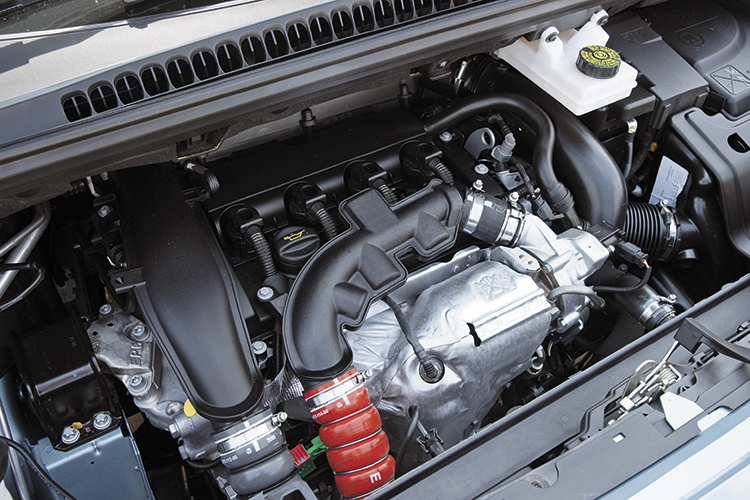 Getting this family-mover up to speed is a revised version of the turbocharged 1.6-litre powerplant that also does duty in Citroen and Mini vehicles. Torque is still rated at 240Nm, but horsepower is now up by 16bhp for a total of 156bhp.

More significantly, a new 6-speed automatic is now available to exploit the engine’s increased powerband. Though it sometimes has a tendency to “hunt” for gears mid-corner, it otherwise remains buttery-smooth. On the go, the engine feels bigger than it actually is thanks to its twin-scroll turbo. Low-end delivery is nice till the needle swings past 4000rpm, which is when the unit feels flat and starts becoming vocal. 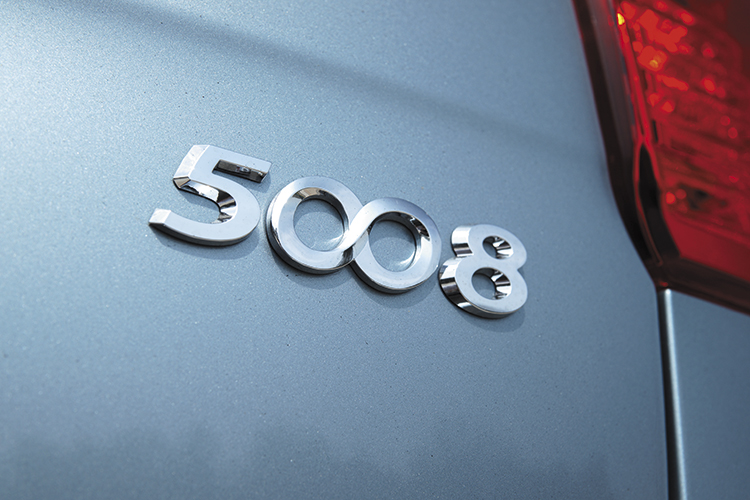 The suspension has a tendency to feel bumpy over rough patches of asphalt with fewer people on board. Bear with this, though, and you’ll find the 5008 is stable and displays very little lean even around longer bends – a rare trait among MPVs.

True to the marque’s reputation for safety, there are six airbags on board, along with the standard ESP and EBD systems. For parents, a seat belt monitor and “child check” mirror placed above the rear view mirror help ensure that every member of their brood is securely strapped in. 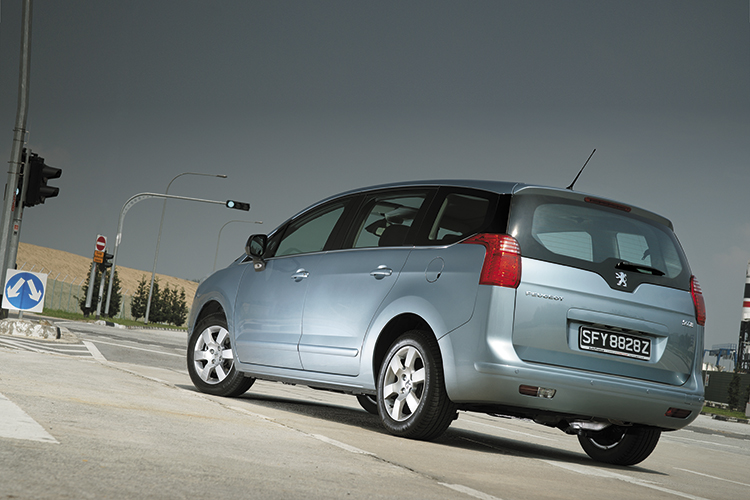 The child lock function by the driver’s door panel not only keeps the rear doors shut, it also prevents the windows from being opened – very thoughtful.

While drivers will probably never hanker after an MPV the same way they would a hot hatch, the 5008 has taken a bold step in trying to change this. With a raft of features packed into a versatile cabin endowed with a well-sorted chassis, it proves that an MPV can sport style as well as substance.

Check out the Peugeot 5008, which is now a seven-seater SUV