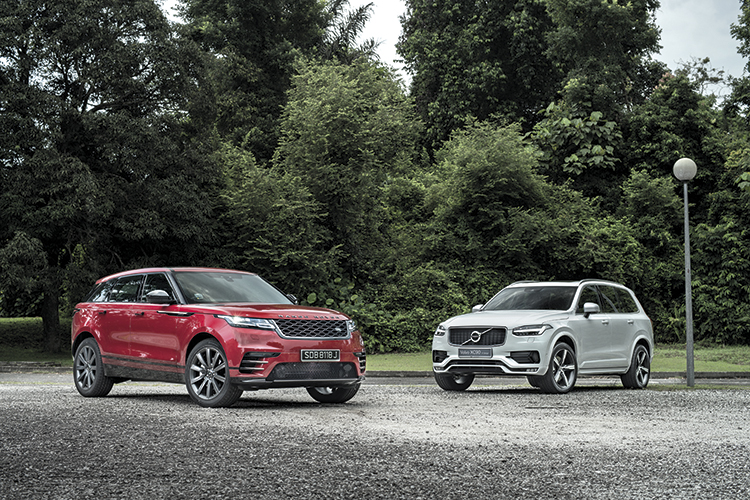 The Range Rover Velar is a compelling combination of pageantry and gadgetry, while the Volvo XC90 is a blend of style and Swede sensibility.

Watching a Victoria’s Secret runway show is mesmerising, to say the least.

It might actually be closer to hypnotic. The sight of leggy supermodels clad in stylishly revealing lingerie will leave most guys in a trance.

But if you can somehow stop yourself from being hypnotised, one thing you’ll notice is that supermodels can strut their stuff without breaking a sweat, despite being baked by dozens of spotlights and fired at by hundreds of camera flashes. 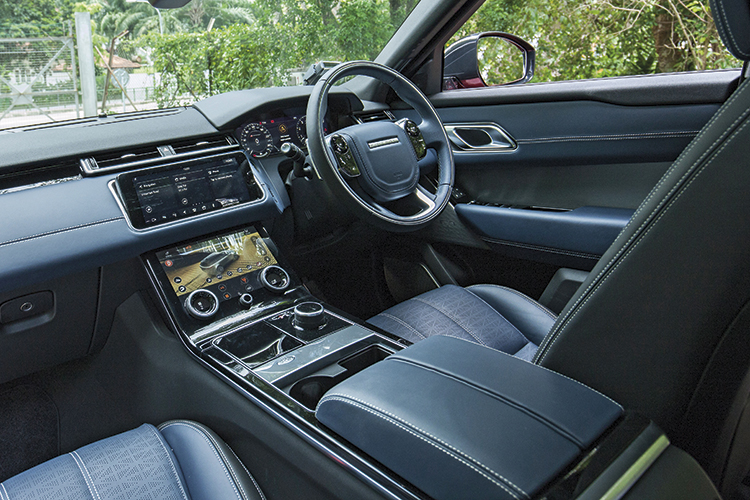 Metaphorically, that’s what these two fashionable SUVs have to do, too.

Between the two models, it is the Range Rover Velar that immediately makes everyone sit up and take notice. Like a supermodel who walks into a room, the Velar draws admiring glances, along with oohs and ahhs, anywhere it is driven.

For unlike its larger and more squarish siblings, the Velar looks sleek and futuristic. Its swept-back front grille, slim headlights and tapered roofline are key elements in its head-turning design. Even its thin tail-lights will keep you fixated on its rear end as you walk by. 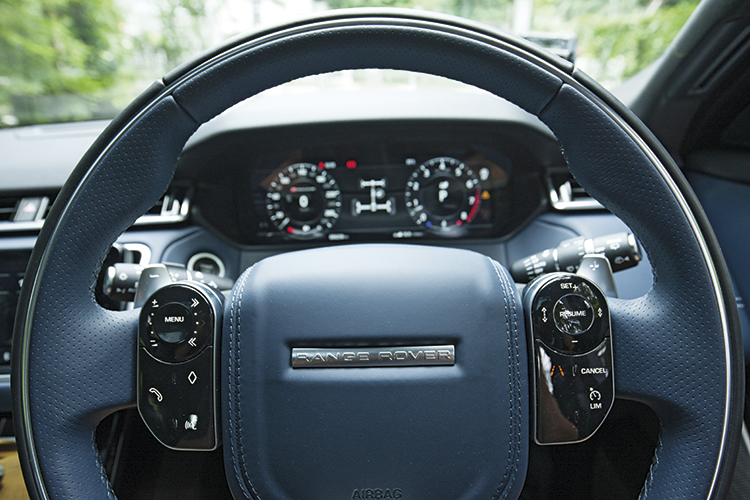 Range Rover Velar’s steering wheel has nifty buttons, whose functions change according to the car’s settings being adjusted.

Perhaps you’ve been too distracted by the Velar’s looks and are now wondering what it is. In the Range Rover lineup, the Velar sits between the Evoque and Range Rover Sport models. But don’t be fooled by its position within the model range. As we shall soon discover, the Velar is a real power Rangie.

Eyeing the Velar from the other end of the catwalk is the XC90. Unlike the mid-tier Velar, the XC90 is the range-topping SUV model in Volvo’s range. It has also received more than just plaudits, having been named as “Best 2-litre SUV” in the 2015 ST-Torque Awards.

The XC90 may not be as sleek as the Velar, but nobody would say it looks shoddy. Compared to its predecessor, the second-generation XC90 is less boxy, but it hasn’t lost any road presence. Its front end is still monolithic, with the signature “Thor’s hammer” daytime running lights adding a touch of aggressiveness. Fortunately, there’s nothing threatening about the XC90’s interior. In fact, you’ll feel more welcome in here than in the Velar.

It’s no secret that Volvo’s seats are the best in the business. How the carmaker manages to make their seats supple yet supportive and able to adapt to almost any body shape – now that’s the real secret.

As you settle in behind the wheel of the XC90, you’ll find that apart from being utterly comfortable, you get excellent all-round visibility, too, thanks to the low dashboard and big wing mirrors. 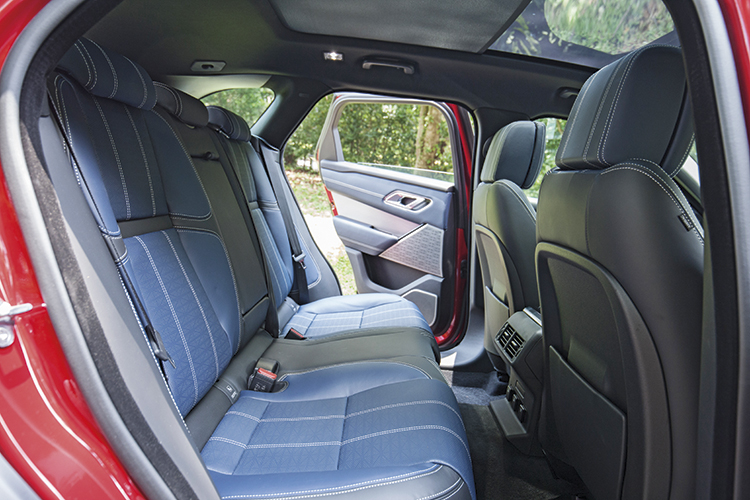 Middle occupant of Range Rover Velar’s backseat has less legroom, but enjoys a full-size backrest and squab, unlike the centre passenger in the Volvo XC90.

The next thing that gets your attention is the tablet-like infotainment display, whose fonts are prettier and sharper than those of the Velar. Everything from the air-con to the sat-nav is found here, and the touchscreen is also a lot slicker and more responsive, making it a real joy to use.

If you’re really into high-tech gadgets, then the Velar will please you even more.

As you approach the Rangie, the first things you’ll notice are the “hidden” door handles, which slide out like CD trays when the car is unlocked. Range Rover Velar’s boot has the convenience of backrest release levers for load-hauling.

Like the XC90, the Velar also has a digital instrument cluster that lets users choose from several display themes.

Unique to the Velar, though, are the large buttons on the left and right of the steering wheel. The functions of these buttons are variable and will change depending on the settings being adjusted.

Then there’s the centre console, which houses two more screens – one to control the infotainment, and the other for the drive modes, seats and climate control. The latter display is beautiful and its functions have an intuitive layout. Shockingly, the dial for selecting the Terrain Response 2 (all-wheel-drive) settings has been eliminated. Now, drivers need only press a “button” on the screen. I like the fact that each “terrain response” has a description, which is useful for first-time owners.

Strangely, the Velar still retains the rotary dial that functions as a gearshift selector. Having filled the cockpit with so much technology, I expected the carmaker to go all the way by putting gear selections on a touchscreen, too. 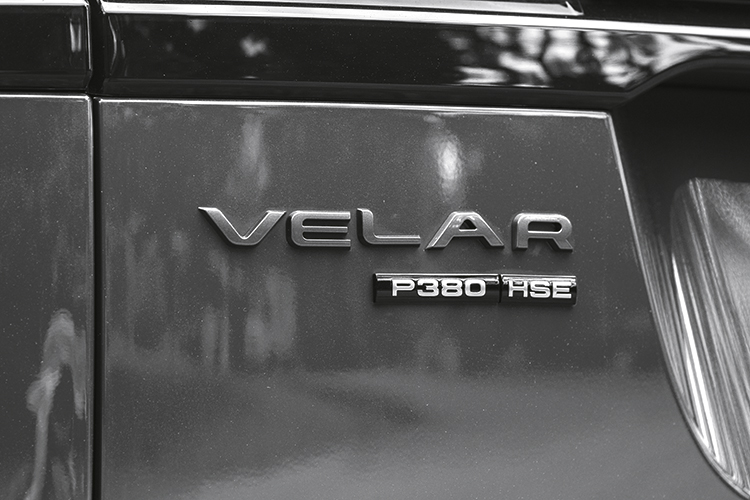 That aside, the Velar’s cockpit looks and feels very expensive. In fact, the Velar is the most atas Range Rover you can acquire today.

But when it comes to backseat accommodation, it’s the XC90 that is clearly ahead. Its second-row bench is not only more spacious, but more comfortable than the Velar’s, thanks to the third climate zone and extra pair of air vents on the B-pillars. And as a seven-seater, the XC90 is inherently more flexible, too. 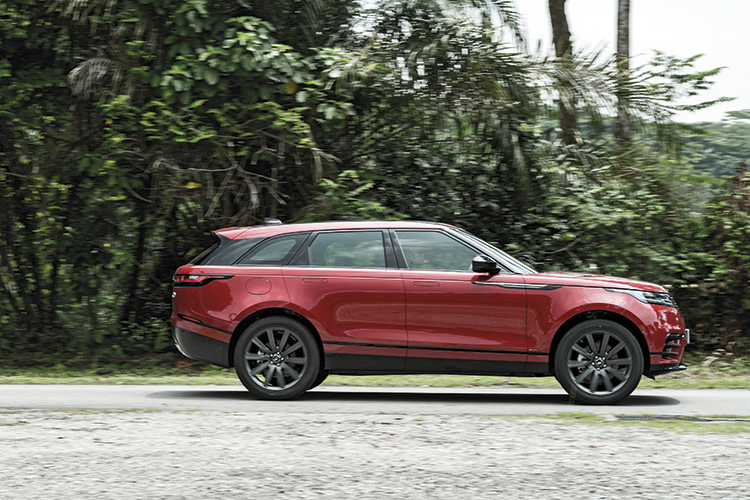 The Velar might lack the Volvo’s roominess and flexibility, but its rear bench is more practical than its rival’s, as it has larger door pockets and 12-volt outlets, which are useful for charging devices. 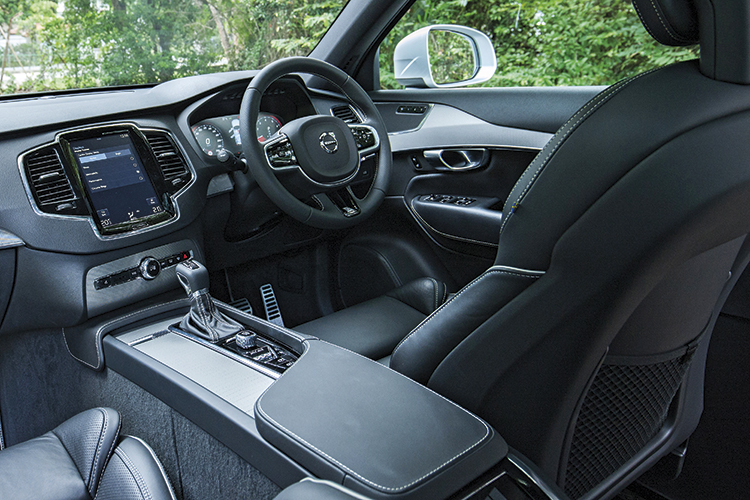 But the Velar’s boot does have more tethering points and also backrest release levers, which the XC90 lacks.

On paper, the Velar’s supercharged 3-litre V6 and its 375hp output have a substantial performance edge over the XC90, which “only” has a turbocharged and supercharged 2-litre 4-pot that produces 315hp. But when it comes to the actual drive, the XC90 is surprisingly perkier and more responsive than the Velar. The XC90 is quicker, too, and finishes the century sprint in 6.5 seconds, or 2.2 seconds quicker than the more muscular Velar. The Volvo’s performance is complemented by its planted feel. It is not an SUV to be whipped around corners, but when pushed, it does its best to accommodate the eager driver’s unreasonable demands.

More crucially, the XC90’s ride quality is more agreeable than the Velar’s, despite it lacking the air suspension of its British rival. 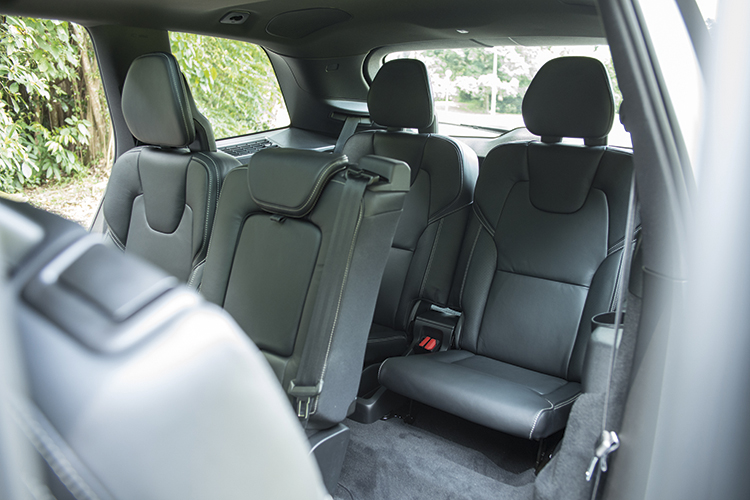 Volvo XC90’s third-row seats are only good for children or young adults.

I chalk this one up to the fact that the XC90 has 20-inch wheels, one size smaller (and more sensible) than the stupendous 21-inch rims on the Velar. 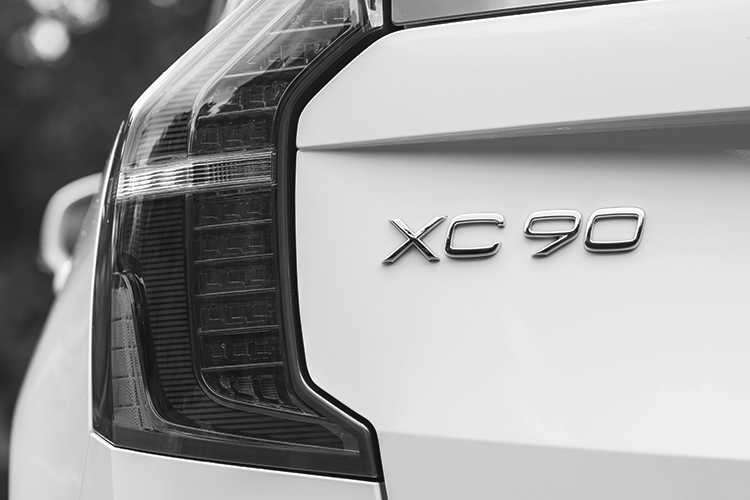 Though undoubtedly better-looking, the Velar’s bigger wheels are probably too much for its air suspension to overcome and/or compensate for, so this might explain its woolly ride. Around bends, the Velar and its all-wheel-drive system certainly provide plenty of grip, but despite its more advanced suspension, the Rangie doesn’t feel as agile as the XC90.

That said, the Velar would be the superior choice for jungle-bashing, since it has a more sophisticated all-wheel-drive system. Closer to home, you’d also have more confidence driving through flash floods in the Velar, thanks to its 650mm wading depth, which is 200mm deeper than what the XC90 is designed for.

With its compelling blend of pageantry and gadgetry, the Velar is clearly the more bewitching of these two “supermodels”. It has clearly out-posed the XC90, and would be the star of any carpark or driveway. 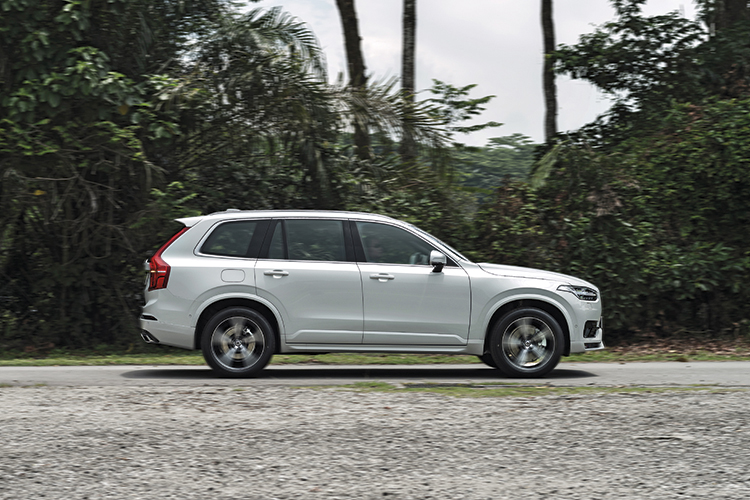 But what the XC90 lacks in outright pizzazz, it more than makes up for with its blend of style and sensibility.

To this mix, it also adds athleticism and flexibility which, on tarmac, enable it to outperform the Velar – without breaking a sweat. 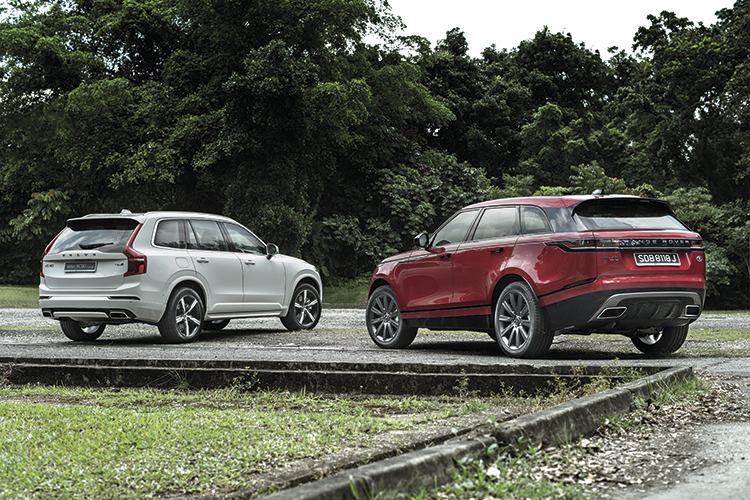 When it comes to the actual drive, the Volvo XC90 is surprisingly perkier and more responsive than the Range Rover Velar.

Kia releases more images of the Sonet compact SUV
This site uses cookies to help us serve you better. By continuing to explore our site, you accept our use of cookies.I Accept