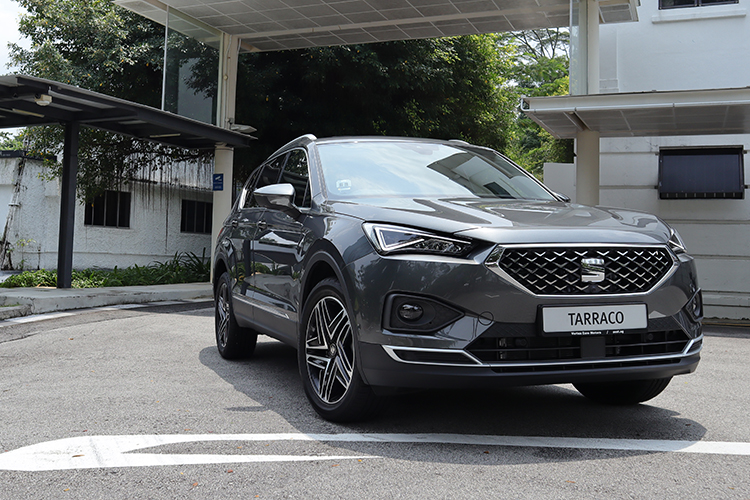 To the casual observer, the Audi-Volkswagen-Skoda-Seat stable of cars can be a little confusing.

For example, Skoda will start making Volkswagen’s Passat sedan from 2023, while Volkswagen is already making the Seat Tarraco seven-seater sport utility vehicle (SUV) in its famed Wolfsburg factory, which is the largest manufacturing plant in the world.

Besides sharing factory space, the Volkswagen family of cars also share platforms, engines, gearboxes and technology – to the extent that it is sometimes easier to list similarities among cars rather than differences.

The Seat Tarraco SUV is a case in point. It is Seat’s equivalent to Skoda’s Kodiaq SUV.

Both cars are based on Volkwagen’s Tiguan, which also has a seven-seater variant not sold in Singapore. 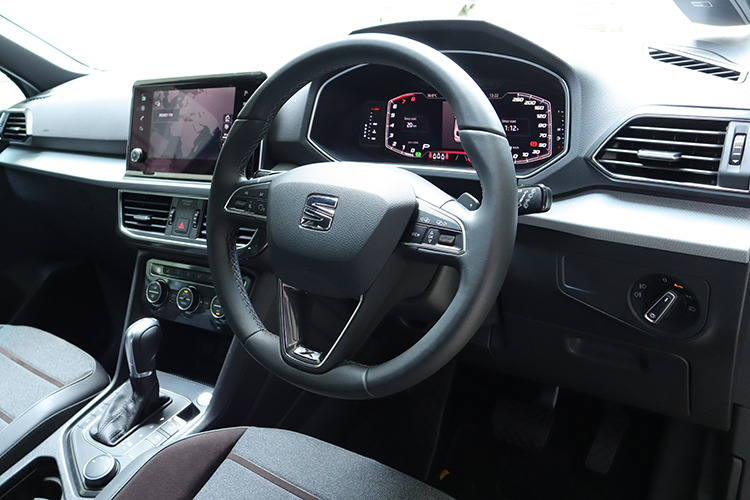 Both cars are about the same size.

The Tarraco may be longer than the Kodiaq (4735mm versus 4697mm) – primarily due to front grille and bumper designs – but it has more or less the same usable space.

Its 2790mm wheelbase is a negligible 1mm shorter than the Kodiaq’s.

Like the Kodiaq, the Tarraco is a 5+2 rather than a full seven-seater.

No adult will find the third row comfortable for more than a few minutes. And with the third row of seats in use, the boot will hold only a couple of backpacks.

Both the entry-level variants of the Tarraco and Kodiaq have the same 1.4-litre engine with identical power outputs, as well as the same 6-speed automatic gearbox.

The Seat Tarraco sprints from standstill to 100km/h in 9.4 seconds, versus the Kodiaq’s 9.7 seconds. But the Seat has to catch up on sales, as the Kodiaq was launched last year. 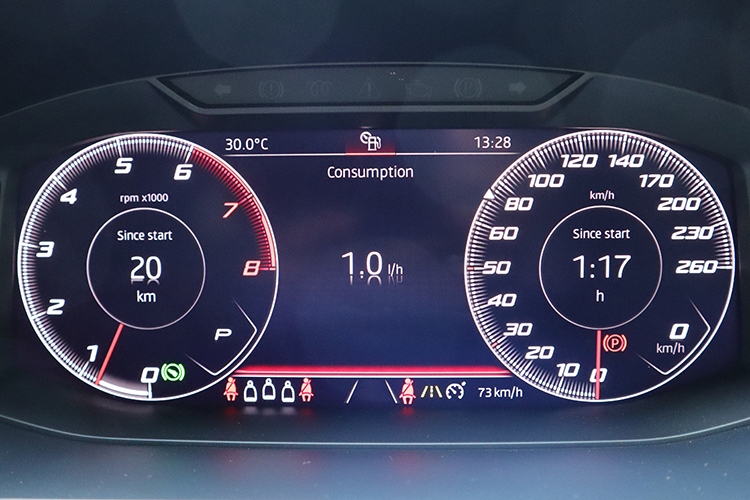 Seat’s local dealer Vertex Euro Motors’ strategy is not to compete with the Kodiaq on price, but on equipment.

It brought in only one version, which is $9000 costlier than the entry-level Kodiaq.

But the car is packed with technological features, including a fulldigital instrument panel and a 360-degree parking camera.

Neither of which is found in the Kodiaq 1.4. 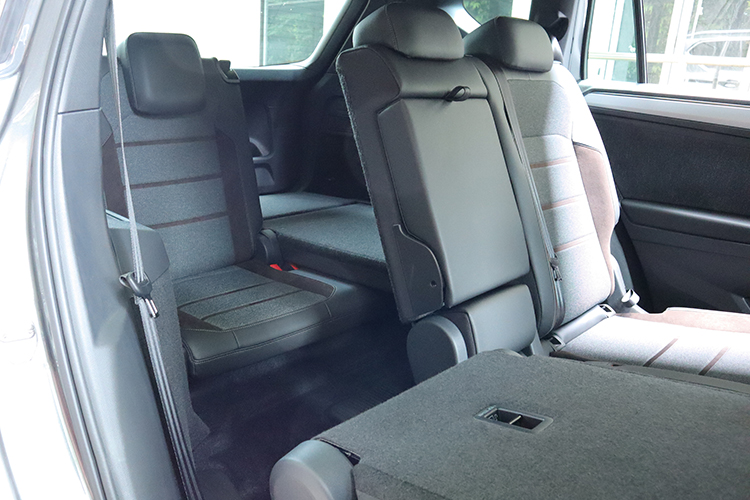 The pre-set safety distance to the vehicle in front was about two car lengths, and other cars kept cutting in, sometimes triggering hard braking.

This can be dangerous for cars tailgating behind. I could reduce the setting to about 1.5 car lengths, but that made me nervous.

Over a 113km drive, with about 80 percent on expressways, the Tarraco recorded a fuel consumption of 11km/L – somewhat higher than the official figure of 13.5km/L.

The car’s drive is best described as effortless, but somewhat clinical and detached.

While there are four drive modes (Eco, Comfort, Sport and a personal mix-and-match), they alter power delivery and gear shifts but not the suspension. Hence it makes little difference to how it handles. 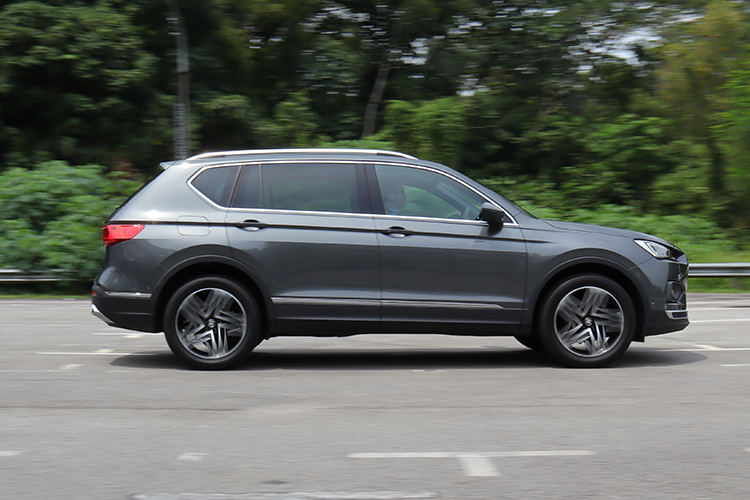 And while high-tech features raise the desirability of the Tarraco, some omissions are glaring.

For example, the Seat Tarraco lacks wireless phone charging, a feature found in cheaper cars. The seats are a stitch work of mostly fabric and PVC, with some strips of Alcantara.

The Seat Tarraco also has no sunroof, which is standard in the Kodiaq.

So, even though the Seat Tarraco offers better equipment at first glance, it is lacking in other areas. It comes with a three-year warranty, versus the Kodiaq’s five.

And while the Kodiaq offers three years’ free servicing up to 45,000km, the Seat Tarraco offers up to only 30,000km.

Still, the Seat Tarraco is an impressive entrant in the seemingly insatiable mid-sized SUV segment. And more choices cannot be a bad thing. 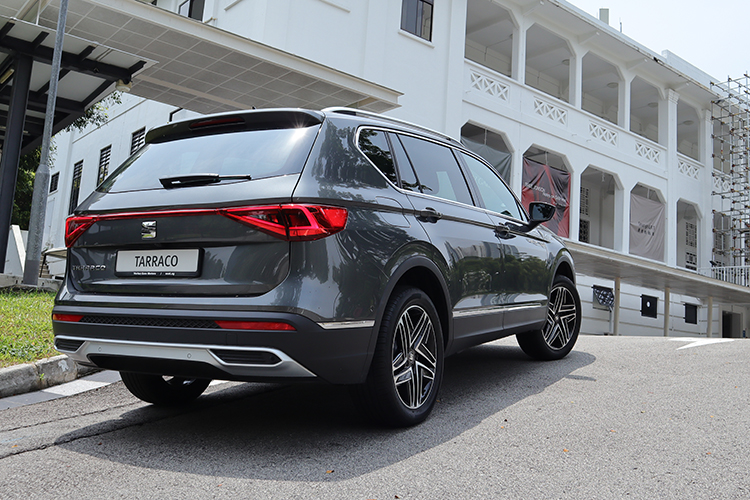