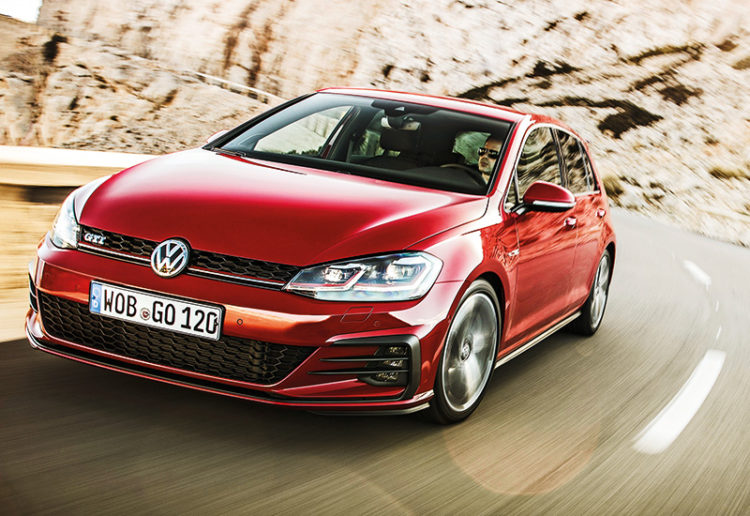 Every hot hatch wants to be king and overthrow the Golf GTI. Which is why recent times have brought louder styling, bigger numbers and fancier names from rivals. Volkswagen is happy to soak up the noise – making others try so hard is but a testament to the GTI’s superior formula of pace, composure and useability. Hence, the 2017 GTI recipe is kept confidently the same, with the subtlest of updates to a performance icon.

Fresh facial decoration adorns the GTI’s otherwise stealthy mug. Along with the rest of the upgraded Golf range, the GTI gets new LED lights and reprofiled bumpers.

More John Wick than Marilyn Manson, this hatchback is not, nor has it ever been, one for shouting. Yet, in its sharp jaws, chiselled face and gorgeous “Brooklyn” alloys that look like they bound forward by shredding the air, the updated GTI exudes an alluring combination of menace and restrained class.

This being the hottest VW at the Mallorca event, I grab the keys and dive in. After some fiddling with the buttons and levers, I find myself gently but firmly cradled in the seat, arms bent just right, back reclined just so, with clearly legible dials ahead and me looking out at views minimally obstructed by the A-pillars. 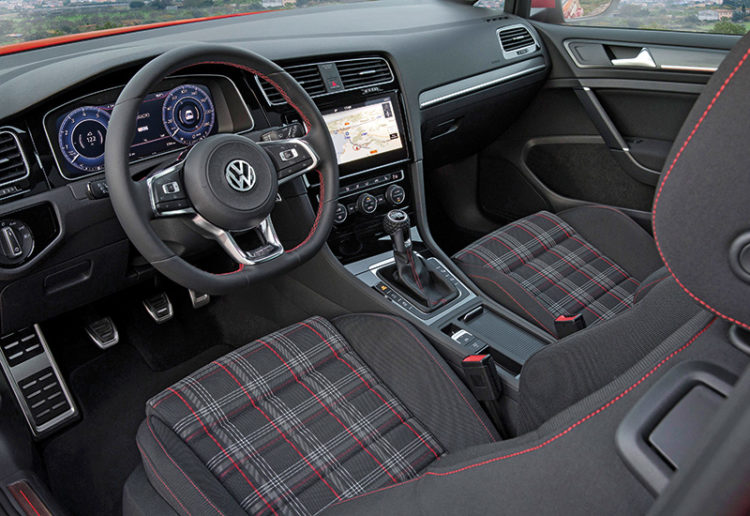 A sporting car designed first and foremost with good sense, giving you a perfect driving position. It seems so obvious but, like Arsenal Football Club, for some reason not everyone gets the basics right.
The dashboard’s infotainment improvements are carried over from the other 2017 Golfs. More importantly, this is a Golf GTI and I’m itching to arrow it down a winding road.

Thumbing the starter button ignites the engine with a bassy note that, like the rest of the car, eschews overt vulgarity.

There are now 10 more horses under the hood, increased from 220, giving the standard GTI the same output the previous model had only when equipped with the Performance Package. There’s a new Performance Package which brings even more equine endowment – 245 horses.

So does the GTI need much more horsepower? Especially when others knock on the door of 300bhp? Not on the evidence of the size of my smile after overtaking just about everything in Mallorca. Quality over quantity is the motto here. 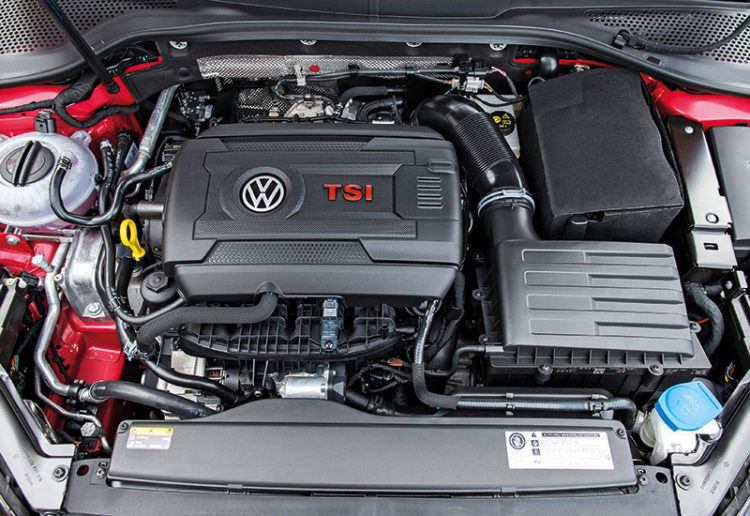 The GTI’s acceleration is undeniably muscular, if not quite shockingly explosive. Yet, an engine this consistently relentless throughout its rev range, with a 6-speed dual-clutch gearbox this well-matched, feels like Popeye’s spinach-jacked bicep.

Wind it all the way up to the redline, mark it with an exhaust bark and charge ahead all over again. I go searching for torque holes in vain. No turbo lag either, of course.

Such zippiness would easily flummox a lesser front-driver and make driving quickly an exercise in wrestling torque-steer and understeer. Not here. This is the Golf GTI, remember, and it has not reigned over hot-hatchdom by merely being an unruly firecracker or flash in the pan.

Instead, and as expected, you get huge grip, huge agility and the freedom to throw the car through sweeping bends and tight switchbacks alike without fear.

Even without the Performance Package and its limited-slip differential, understeer is well resisted and the GTI rotates faithfully. When understeer does arrive, you’ll be forewarned. All four wheels maintain a measured but constant line of communication to your buttocks. 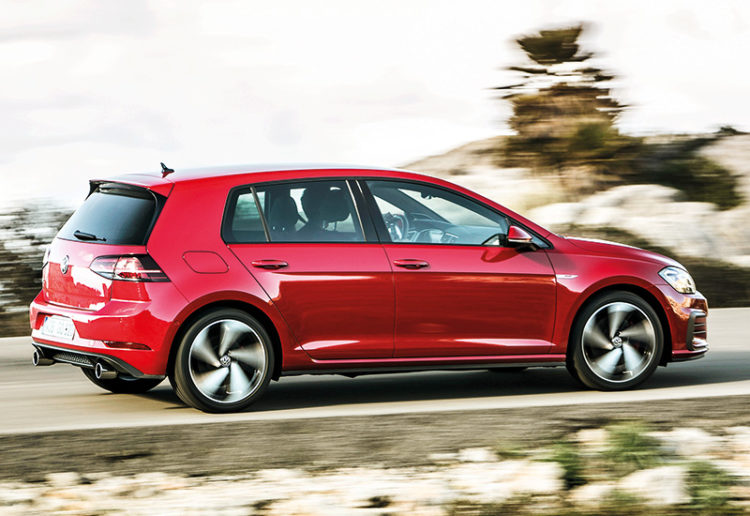 Scything my way past lumbering vans exiting the innumerable roundabouts in Mallorca is an unthreatening and devastatingly effective activity.

By necessity, the GTI is firmly sprung, but Volkswagen wouldn’t have let it out of the gate without imbuing the suspension with the ability to breathe.

While the car resolutely resists pitch and roll, it also consumes rutted pavement and sharp-edged intrusions with sublime adroitness. It is a cultured setup wholly in keeping with the GTI’s swift-but-not-frantic dynamic identity. Mallorca’s worst streets fail to force the GTI’s wheels out of contact with the asphalt. I could maintain a fluently rapid pace throughout.

If your idea of a small fast hatch is more akin to the rowdy teenager skipping school and blaring loud music, there are alternatives available at this price point. But underneath their go-faster bits, none is the eminently useable, superbly packaged and impressively refined regular Golf.

The GTI remains the school valedictorian – neat hair, top grades, captain of the rugby team, and bound for Ivy League.

So, one cannot help but reach the inevitable and admiring conclusion of just what a meticulously engineered product this is and has always been. Still the king then, the Golf GTI. 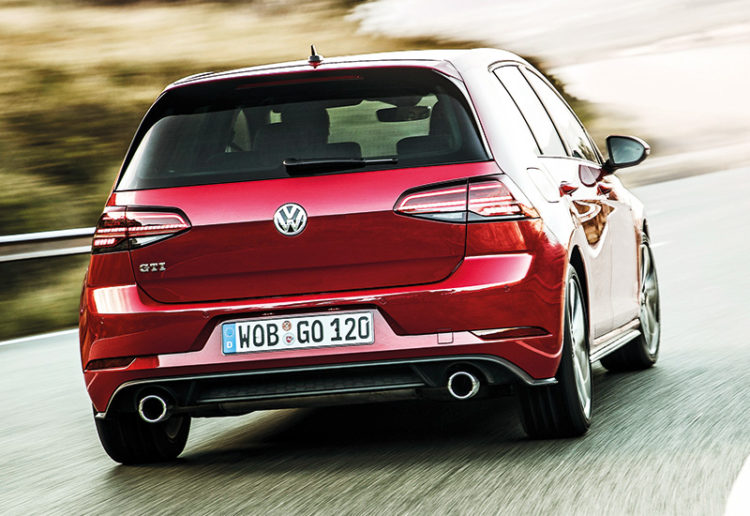