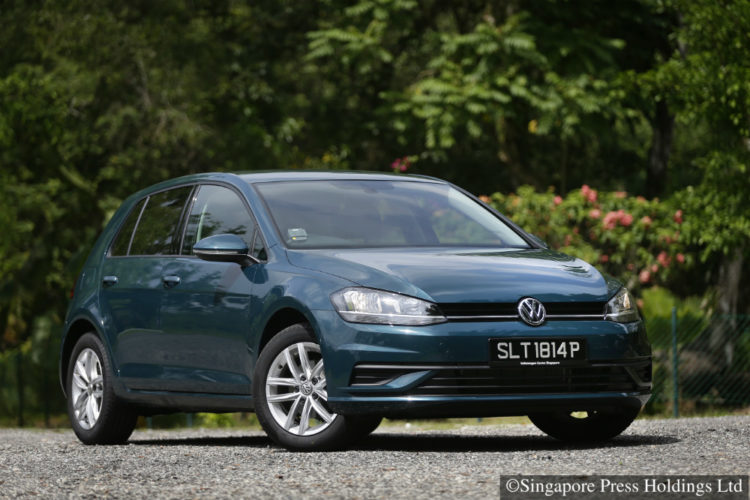 Volkswagen’s latest 1-litre Golf is a trip down memory lane, back to the original iconic hatch which arrived with a bang four decades ago.

You fire up the engine by twisting a key, the steering wheel is just for steering, manual gear changes are via the gear lever and you – not the machine – decide on how cool you want the cabin to be.

And right in front of the wheel are analogue dials with real needles.

The car – a facelift of the current seventh-generation model – is rather basic when compared to all other recent models. But it is such a joy, simply because it enshrines the values of the first model introduced in 1974.

The car is uncomplicated and made to be accessible to the masses, although with the latest spike in COE prices, it cannot be described as cheap at $108,400.

Grasping its steering wheel with three shiny enamel-coated spokes brings back memories of earlier cars. There is not a single distraction on it, which is a good thing.

The entry-level Golf is powered by a 999cc 3-cylinder engine. But with turbocharging, it is substantially spunkier than the 1.6-litre which drove the very first Golf.

It has, in fact, a bit more output than the preceding turbocharged 1.2-litre, with a fairly ample 110bhp and 200Nm available.

The car feels a tad weedy below 2000rpm though. And you always feel its transmission – a 7-speed dual-clutch – is programmed more for efficiency than performance.

Indeed, the Golf TSI (as VW prefers to call it) is unlikely to hit 100km/h in the 9.9 seconds stated by the manufacturer. Even so, it proves to be driveable in most situations.

During times you require extra promptness, it is best to flick the gear lever over to manual mode and do some shifting on your own.

Driven this way, the compact hatch is reasonably perky. Blessed with possibly the best front-wheel chassis in the business, it offers a good mix of dynamism, comfort and refinement.

The car is as spacious and versatile as its bigger-engined siblings. The boot is now lined with a heavy-duty anti-slip rubber mat, so that wet or gritty items do not foul up the rest of the stowage area.

But you do not get the other more premium features such as navigation, cruise control or reverse camera.

As mentioned earlier, the car is not unattractive despite its austere set-up. In fact, it is, in a way, more “Golf” than its over-equipped siblings.

VW has not cut back on safety though. The Golf TSI has Isofix childseat mounts, a slew of airbags and most of the electronic stability aids found in costlier models.

More impressively, its tested fuel economy of 13km/L to 16.2km/L is fairly close to its declared figure of 20km/L.

A relaxed round of Golf, anyone?