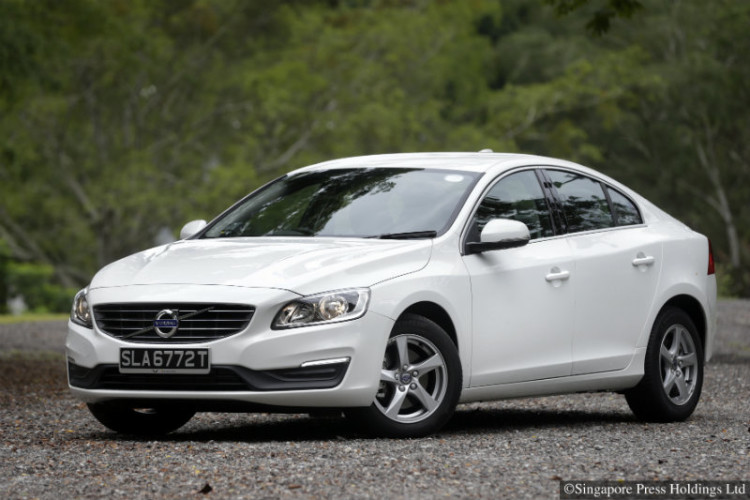 The new diesel Volvo S60 is powerful and fuel-efficient.

The Volvo S60 sedan is like a middle-aged athlete who refuses to retire. Since its launch in 2011, it has been reviewed in The Straits Times no fewer than four times.

And it has had a mixed record.

When the car went through a mid-life facelift last year, a revvy T5 (turbocharged 2-litre inline-four) petrol engine was added to the line-up.

The Ford-sourced D2 turbo-diesel engine was dropped from the local line-up at the end of last year. Taking its place is a Volvo-made 2-litre twin-turbo diesel powerplant.

What a difference the punchy engine, which also powers the gargantuan XC90, has made to the car. In Volvo’s compact sedan, it is as if the middle-aged athlete has had a heart bypass and come out fitter.

Its abundant torque made its presence felt when I drove the S60 out of the office last week.

As I turned into Braddell Road, I had about 250m to filter two lanes in moderate traffic to make a U-turn towards the Central Expressway. I saw a gap in traffic, so I accelerated hard into the lane, but the car started twitching sideways a little. The 400Nm of torque sent to the front wheels gave the car a small dose of torque steer.

My heartbeat quickened, so I eased off the throttle to bring the car back snugly into the lane.

The sensation was disconcerting, but not totally unfamiliar. The torque steer of the S60 D4 was similar to that of the Volvo S40 T4 that I drove from 2003 to 2006. The older Volvo, which was used by the Traffic Police for expressway patrols, had 300Nm powering the front wheels.

Thankfully, the generous torque available to the S60 D4 at a relatively low engine speed of 1750rpm meant that there was rarely any need to floor the accelerator during my four-day test-drive.

The engine is paired with a smooth-shifting eight-speed automatic transmission, which is eager to upshift. At 100km/h, it reaches its eighth gear, the highest.

This early upshifting keeps the engine humming along mostly at about 1400rpm. This makes the car effortless to drive, no matter what the gear. A gentle prod of the accelerator gives the car pace and a harder step triggers a surge of torque that glides the car along in all sorts of traffic situations.

But the S60 D4 is not all about power. It is reasonably fuel-efficient too. I clocked more than 300km, including stretches of rush-hour traffic, enthusiastic jaunts along Old Upper Thomson Road and long drives to far-flung spots such as the National Service Resort and Country Club in Changi Coast Walk. The car barely used a quarter of its 67.5-litre fuel tank.

The trip computer showed a fuel consumption of about 16.7km per litre. This is not too far off the official 23.3km per litre figure.

The S60 has the usual Volvo bundle of safety features, such as airbags, air curtains, whiplash protection seats and the ability to slow and stop to avoid collisions. With keyless entry, dual-zone air-conditioning and LED daytime- running lights, it is not short on frills.

And despite being five years old, the S60’s coupe-like design still looks fresh.

But those considering buying the car need to know two quirks of the diesel engine.

One, while it is reasonably refined on the move, its diesel clank is rather loud as it warms up on cold starts in the mornings, very much like a taxi.

Two, while the engine cuts off unobtrusively at red lights, it kicks in with a discernible shudder.

Both quirks need getting used to, but they do not reduce the appeal of the engine. In fact, the new powerplant ought to give the S60, which has passed its mid-life, a second wind.