Driving in fog: How to navigate through the mist safely | Torque
Loading posts... 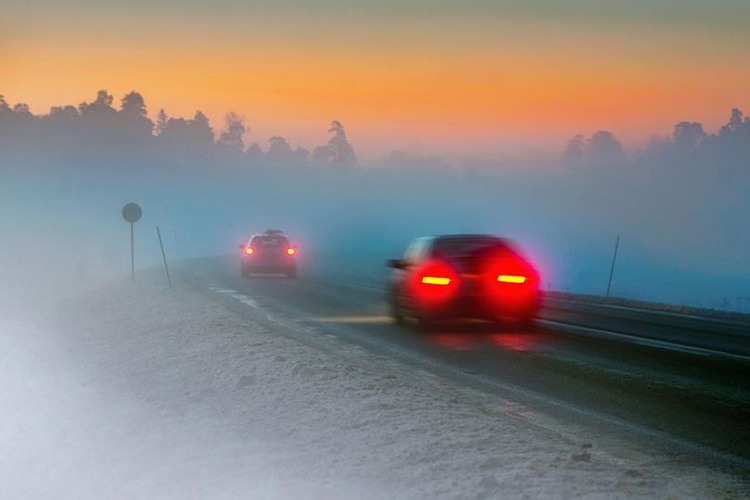 Driving in fog is something you might have to do if you’re going on a road trip in a country with cold winters.

But if you’ve never driven in fog, don’t worry.

It can be done as long as the conditions aren’t too bad.

Before setting off, check weather reports!

Google or local radio stations will usually have weather reports every 30 minutes.

If the fog is expected to be light, you can continue on your journey with extra caution.

However, if reports are saying that the conditions will be severe with almost zero visibility, don’t drive!

If the fog is a light mist…

Driving in fog is a lot easier if it’s just a light mist.

Turn on your headlamps and fog lights if the vehicle has them.

Don’t forget to activate the rear fog lights if these are available.

If the fog happens during the day, with bright sunlight, try wearing a pair of polarised sunglasses.

The polarised lenses can cut through the glare caused by light reflecting off the moisture.

(It has the same effect as wearing polarised sunglasses during a heavy rainstorm during the day.)

And of course, don’t forget to drive at a more moderate speed! If the fog is becomes thicker than expected…

You should consider stopping your car at the next safest point.

Especially if you’re driving in fog and car barely see the tail-lights of the vehicle in front of you.

If your planned rest point is nearby (within the next 5-10km) it is possible to slowly make your way there.

If it is thick and envelops you, it can also be disorienting!

Driving in this kind of fog, you may not know which way the road is turning.

On a mountain road, it may be tough to tell if you’re going up or down (if the slopes are gentle).

Why are my auto headlights still on during the day?