What is car ABS and how exactly does it work to improve safety? | Torque
Loading posts... 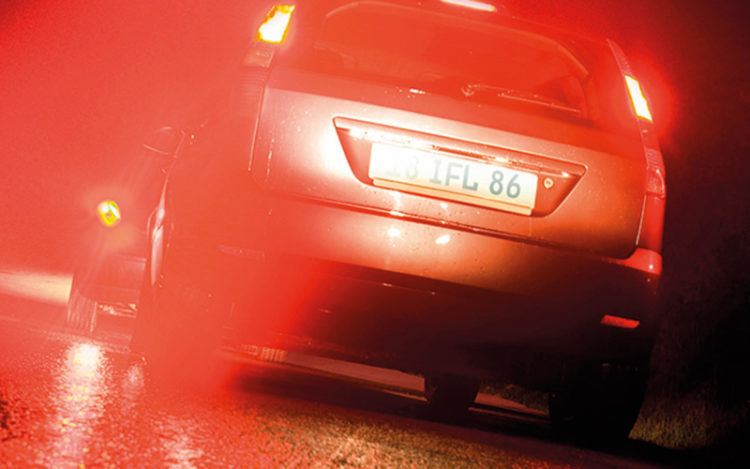 What is car ABS and how exactly does it work? What does “ABS” even mean?

During a car chase scene in the movie Die Hard With A Vengeance, John McLane (played by Bruce Willis) tells his front-seat passenger (Samuel L. Jackson) to look for the ABS fuse under the dash and pull it out. What McLane intended was to yank the steering wheel, hit the brakes hard to lock all four wheels and put the Mercedes into a 180-degree spin to face the chasing car.

It would not have been possible if the ABS (Anti-lock Braking System) was functioning normally. For dramatic effect, lots of Tinseltown-flick driving is done with the ABS deactivated, so that every time a cop cruiser pulls up, for instance, it can do so with shrieks, smoke and black lines.

Accident-scene investigators used to measure the black lines left by locked tyres during emergency braking to calculate the velocity of the vehicle at the point brakes were applied. However, ever since automakers began fitting ABS into every passenger car (yes, even the Hollywood “car-meos”), there have been far fewer black lines, and rarely do you hear the shriek from tyres.

The reason is, ABS was developed to ensure that the car’s wheels never stop revolving even in extreme braking situations, and regardless of the surface.

Once the tyres are locked and sliding over the road, they can no longer provide directional control, and won’t respond to any steering wheel input.

In slippery conditions, locked wheels can totally destabilise an automobile, and in many such cases, could actually increase its braking/stopping distance.

Imagine walking one deliberate step at a time on a greasy floor and gently slowing down to stop, as opposed to stopping your gait suddenly and then sliding into a wall because your shoes have “locked”.

The basic car-braking system, which has been around since hydraulic brakes were invented, consists of a foot-operated pump to pressurise a hydraulic circuit that feeds into each wheel brake piston. Fluid pressure, and hence braking force, is modulated only by the driver’s foot.

With maximum brake pressure, the wheels will, in theory, stop rolling. For optimum retardation and steering control, however, the tyres must continuously roll across the surface in order to sustain whatever friction is available between tyre and tarmac.

It is possible to apply brake force with your right foot (or left foot, for that matter) in a quick, rhythmic manner, so that the wheels lock intermittently and the tyres’ grip is not completely lost. Known as “cadence braking”, it is practised by racecar drivers, but the technique requires a lot of skill and experience to do it right. 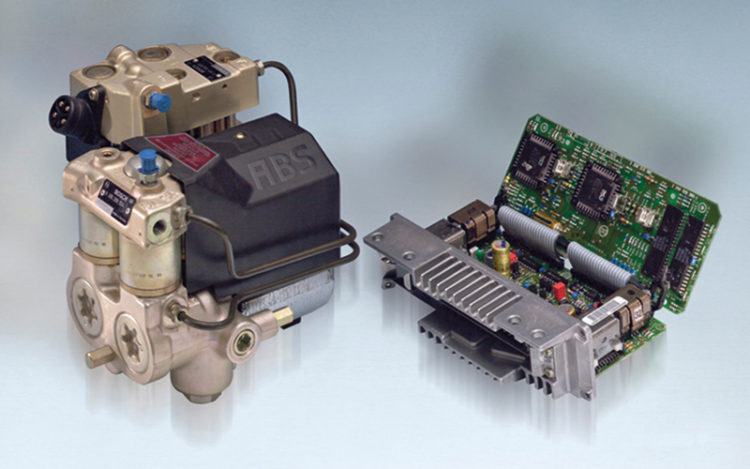 On most cars these days, each individual wheel has a speed sensor (making the setup a four-channel affair), although some low-cost systems may only measure front- and rear-axle speeds.

Whether with four, three or two channels, the method of measuring wheel speed is always the same – it relies on a magnetic sensor with a toothed wheel.

The “teeth” of the spinning wheel cut the sensor’s invisible magnetic field, thereby creating a pulse that is sent to the ECU.

The technology is simple, reliable and robust, and because there’s no contact between the rotor and the magnetic pick-up, mechanical wear is never an issue.

The ECU continuously monitors and compares wheel speeds. Beyond a pre-programmed threshold, or if any wheel speed drops to “0km/h”, the ECU understands this as a situation where a lockup has occurred or is about to occur.

At this point, the ECU will instantly send electrical signals to the appropriate solenoid valve in the hydraulic modulator to release brake pressure on the locked wheel. It does this several times a second until the wheel speeds are equalised.

In the meantime, system pressure in the hydraulic circuit is maintained by an electrically driven high-pressure pump. At a standstill, all the wheels are at zero speed, so the ABS stops the modulation and allows pedal pressure alone to maintain brake force.

On dirt roads or in the mud, ABS can be fooled into thinking that the car is standing still, but on such loose surfaces, locked wheels might in fact be useful to “dig in” and aid the stopping of the car.

At all other times, whenever ABS functions, the driver experiences high-frequency pulses underfoot at the brake pedal. He or she will be able to steer during braking and stop without skidding.

Some inexperienced drivers, however, believe that their brakes are defective, because they feel some violent vibrations coming through the pedal during hard braking on a rainy day. Actually, it just really means that the car’s ABS is working as intended.

How does your car’s fuel gauge work?
Read about how dashboard meters have gone from plain analogue to fantastic digital here.
Is your car’s ABS warning light on? Find out why here.