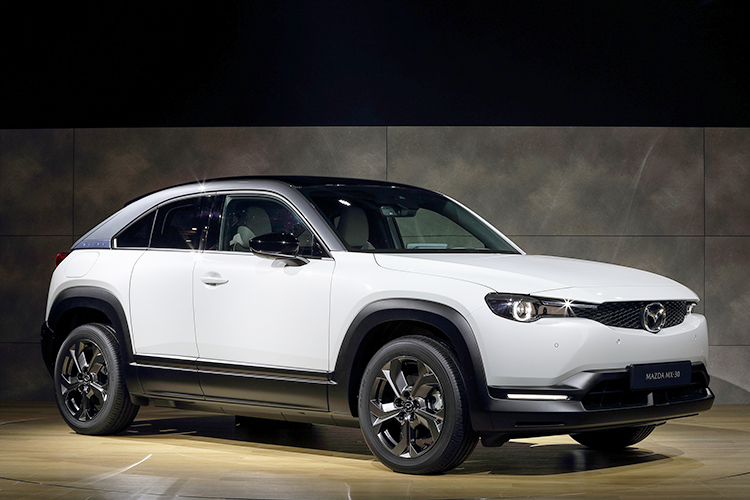 Mazda’s first EV, the MX-30, has yet to hit showrooms. Information about the electric crossover has only begun to trickle out as well.

That said, there are several unique aspects about the MX-30. Here are five things you may not know about this upcoming crossover. 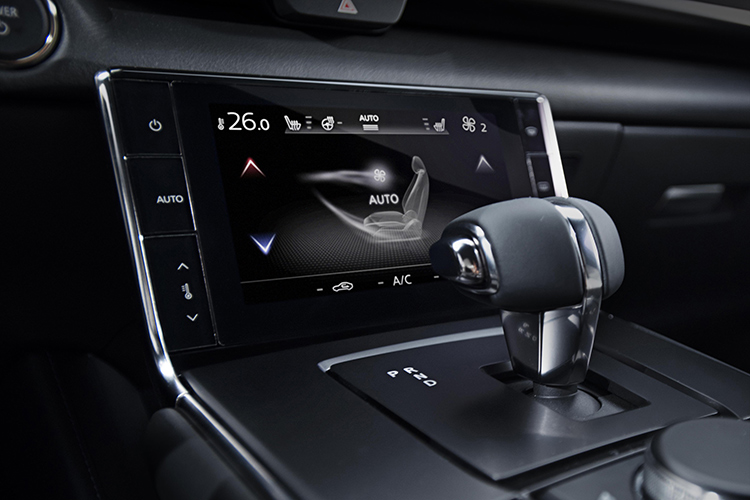 Thus far, Mazda has resisted the use of touchscreens in its cars. The latest Mazda 3 and CX-30 models, for instance, still use control knobs and buttons.

It’s the same story for the infotainment system. It doesn’t have touchscreen input. Mazda says this actually enhances safety, as the driver has to press specific points on the screen.

That isn’t always feasible on the go. But with air-con controls, drivers tend to just set the temperature and forget it.

That may be why the engineers were okay with touchscreen air-con controls in the Mazda MX-30. The space saved by having a touchscreen instead of physical air-con controls allowed the MX-30 to have a “floating” console.

This means more space for loose items. However, we can imagine that anyone who leaves their wallet there might forget it upon alighting.

The use of cork is a nod to Mazda’s beginnings – the carmaker started out as a cork manufacturer. 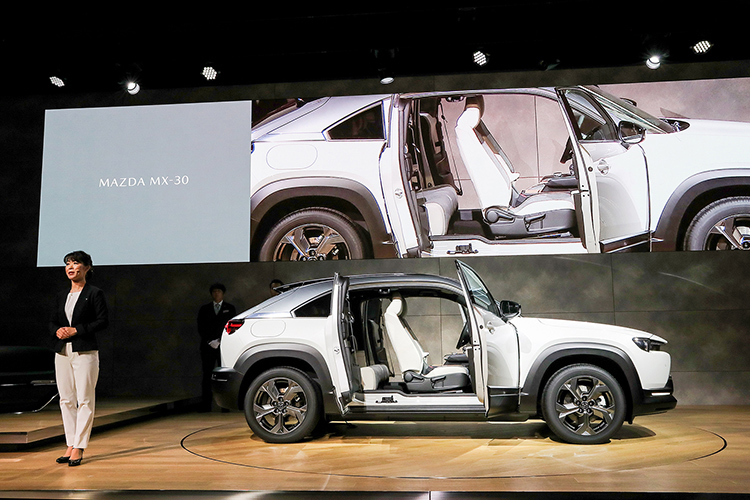 Tomiko Takeuchi, who joined Mazda in 1997, is the MX-30’s chief programme manager. Interestingly, she started out in the carmaker’s Electrical & Electronics Development department.

The fact that a woman helmed the project for Mazda’s first EV is a big thing, especially in patriarchal Japan.

Remember, by and large, the automotive industry there is still male-dominated. 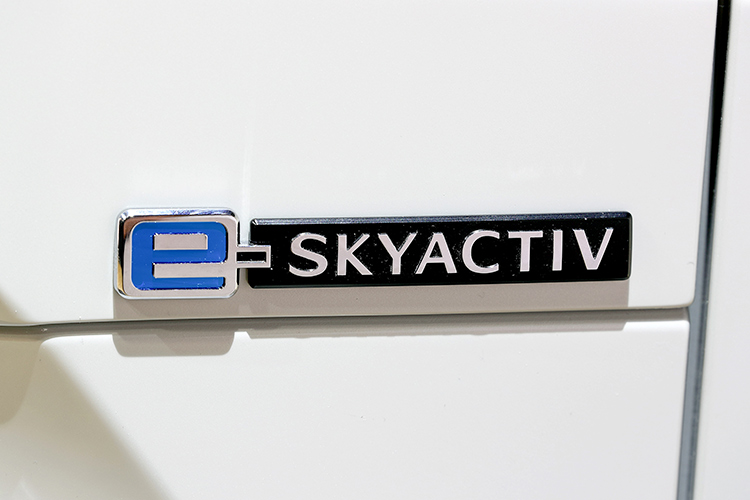 4) THE MAZDA MX-30 DEBUTS THE e-SKYACTIV DRIVETRAIN. AND THERE’S A ROTARY ENGINE IN THE WORKS!

e-Skyactiv refers to Mazda’s electrified drivetrains. According to Takeuchi-san, every Mazda model will be electrified by 2030.

That means every Mazda model will have an e-Skyactiv drivetrain.

As we reported earlier, e-Skyactiv currently consists of a pure electric drivetrain. But Mazda is working on a range-extender version with a rotary engine!

However, the rotary engine in the range extender doesn’t drive the car. It will act as a generator and charge the batteries.

The range extender advantage then, is that it doesn’t have to be plugged in to recharge. This is identical to Nissan’s e-Power drivetrain. 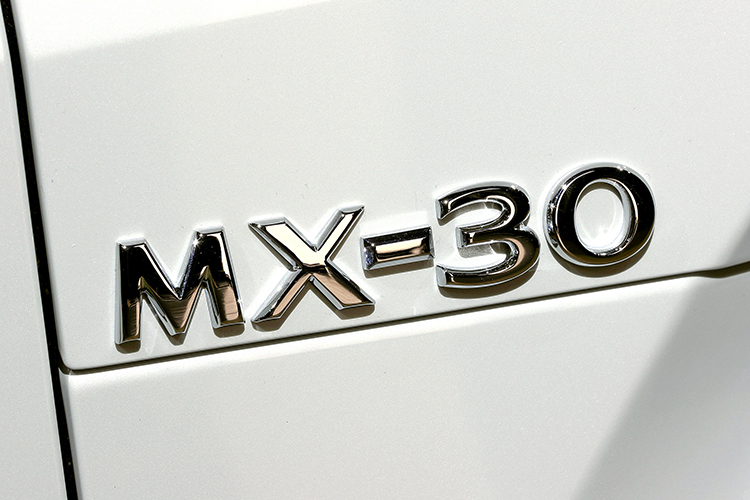 5) WHY IS THIS CROSSOVER CALLED “MX”?

MX, as most enthusiasts know, used to only apply to the MX-5 roadster.

However, within Mazda, MX is a prefix given to any model that “challenges assumptions”. When Mazda created the MX-5, everybody thought that the affordable two-seater roadster was dead.