Mazda has unveiled its first production electric vehicle, the MX-30, at the 2019 Tokyo Motor Show.

The MX-30 is a five-seater crossover. Its platform is based on the CX-30 crossover’s. Both the Mazda MX-30 and CX-30 have identical overall lengths of 4395mm. Their wheelbases are both also 2655mm.

WHY THE “MX” PREFIX?

The only other current Mazda model with an “MX” in its name is the MX-5 roadster.

Mazda says “MX” is for products designed to challenge assumptions in the car industry. The MX-5 challenged the notion that small two-seater roadsters were dead.

So, the MX-30 is designed to challenge assumptions about EVs (electric vehicles). Mazda claims that it offers “a completely new” EV experience. 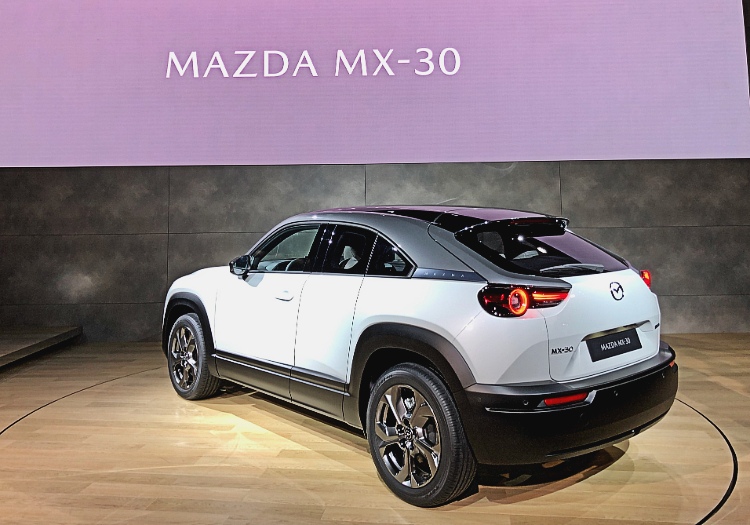 The Mazda MX-30 also debuts the carmaker’s new take on its Kodo design language. The grille is slimmer than other Mazda models’.

It is also designed to look like the headlights and other elements are converging towards the badge in the middle.

Chunky wheel arches give the MX-30 a rugged touch. The flanks would have looked “heavy”, so the crossover has a coupe-like roofline.

According to the car’s chief designer, Youichi Matsuda, this gives the Mazda MX-30 a “lighter” look. 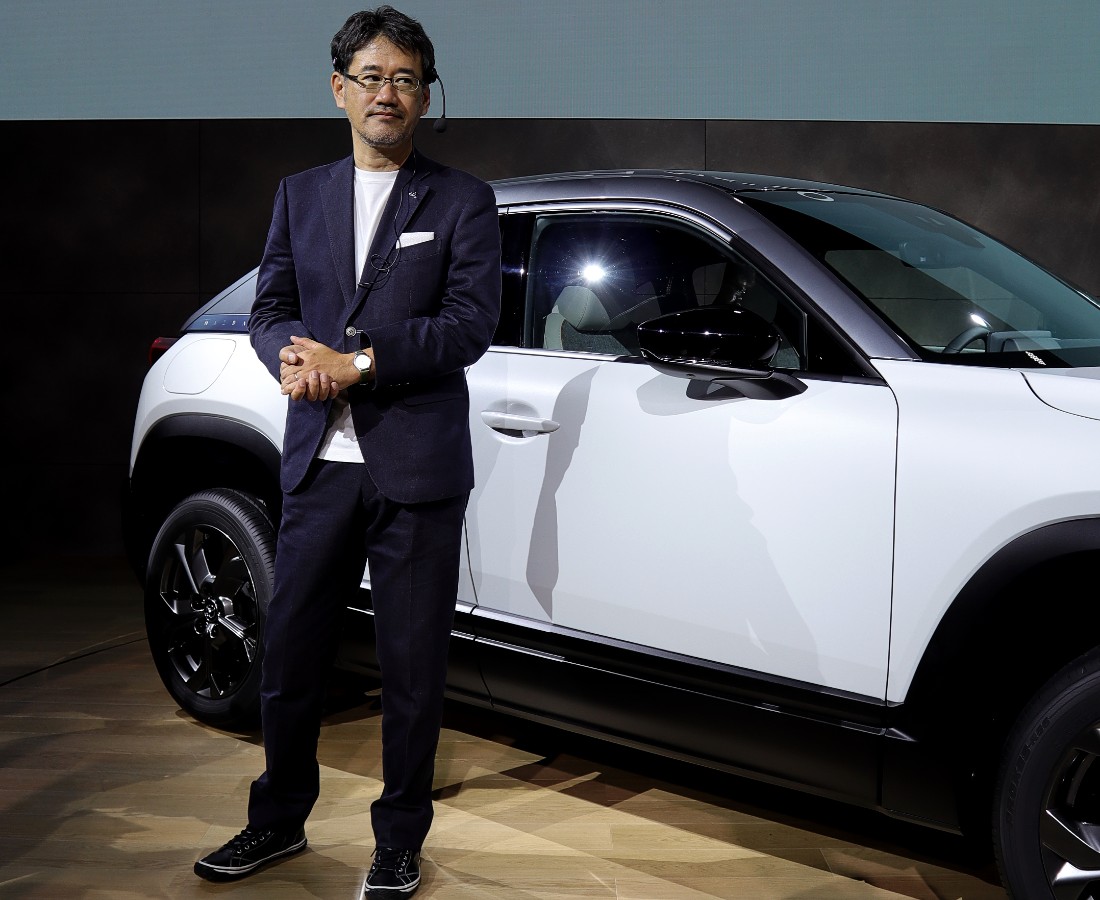 Of course, the most striking feature of the Mazda MX-30 is its Freestyle rear doors. They were inspired by the similar type of rear doors on the Mazda RX-8.

These rear-hinged rear doors are also known as “suicide” doors among enthusiasts. Usually only seen on Rolls-Royces, their presence on the MX-30 makes Mazda’s EV unique in its segment.

A QUICK LOOK INSIDE

Journalists were only given a few minutes to check out the interior. But even with the harsh bright lights, it was impressive.

Mazda wanted to give the MX-30 a homey feel, so the backseats resemble a sofa. Legroom looks adequate for occupants up to 1.75m tall. 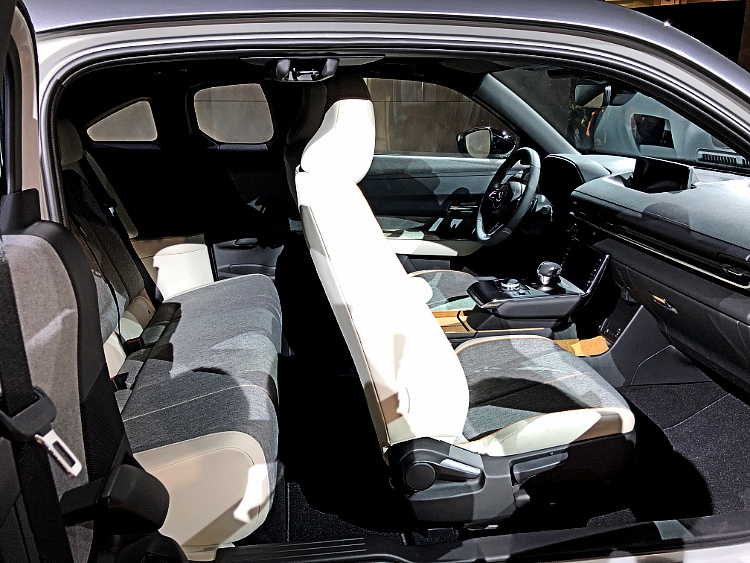 The Mazda MX-30 has a “floating” centre console that liberates some storage space. More unique though, are the cork trimmings lining said spaces.

Trivia: Cork was used in the MX-30 because before Mazda made cars, it produced cork! The use of cork is a tribute to Mazda’s heritage.

Also, cork is a renewable resource. Xintong Li, a designer from Mazda’s Colour & Trim Group, explains that the cork comes from the bark of the cork tree. 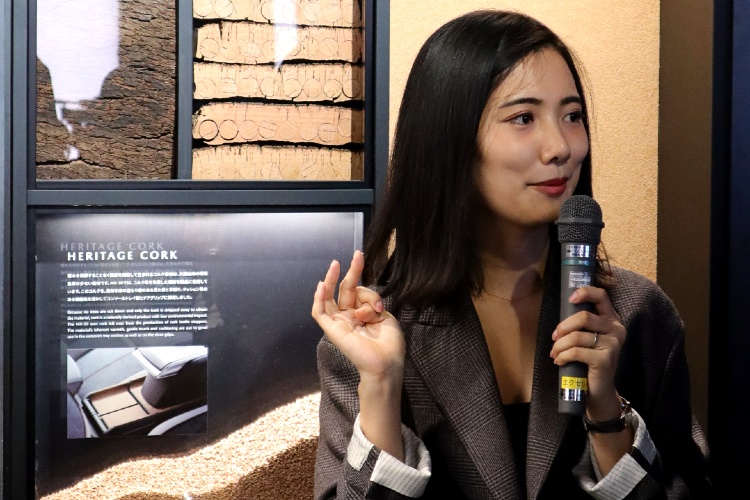 Xintong Li explains the use of cork in the MX-30.

The trees themselves are not cut down. “Mazda also uses cork that should have gone into wine or whisky bottles,” she says.

These corks are not “used” corks, but excess stock. Quietly, I wondered if it would be possible to have cork previously used in wine and whisky bottles.

They would certainly create a unique and tantalising new car smell. 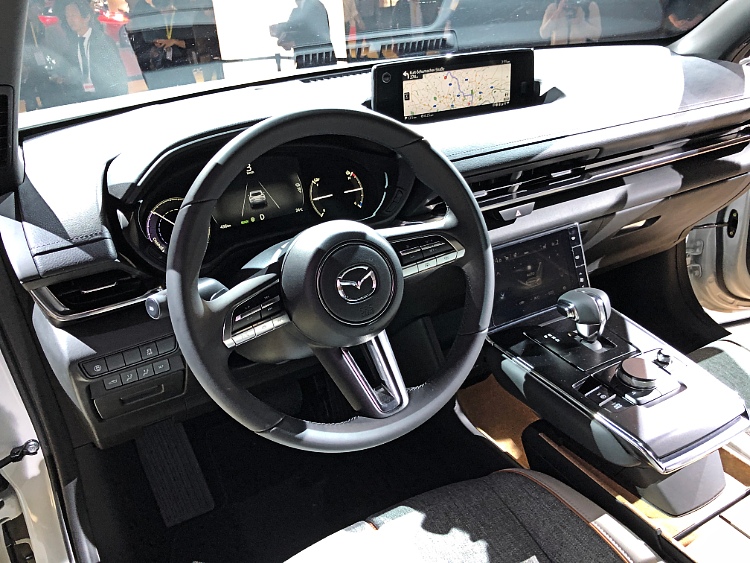 I ask Li-san how difficult it is to turn cork into trim material for the Mazda MX-30.

“It’s very difficult. The process involves injection moulding. But the end result is this soft and natural surface,” she adds. 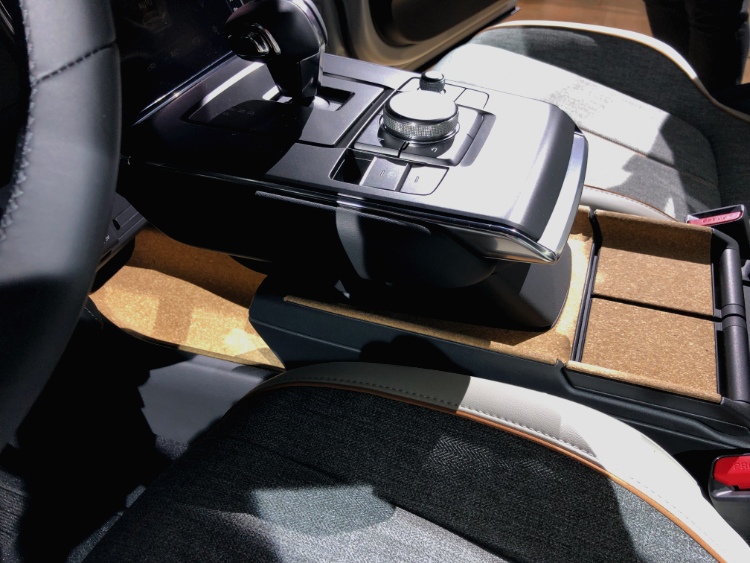 The Mazda MX-30 has a 35.5kWh lithium-ion battery that powers an AC synchronous motor.

That capacity is less than a rival like the Hyundai Kona Electric (it’s a smaller crossover), whose battery is rated at 39.2kWh. Hyundai says the Kona Electric has a range of 312km. 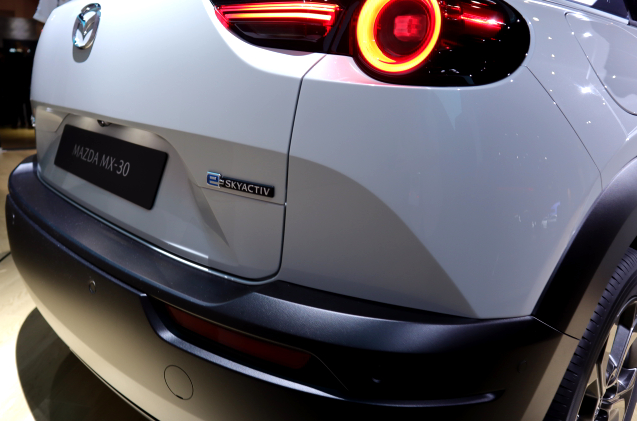 MX-30 WITH A ROTARY ENGINE!

There will be another Mazda MX-30 variant, but you won’t have to plug it in to charge its batteries.

Instead, a petrol-powered rotary engine will serve as that MX-30’s “range extender”. It acts as a generator to charge the batteries.

That’s how Nissan’s e-Power drivetrain works. So, a Mazda MX-30 range extender would be suitable for countries like Singapore.

Owners don’t have to stay in landed property to have their own charging point. The MX-30 range extender variant is expected to have a 300km range. 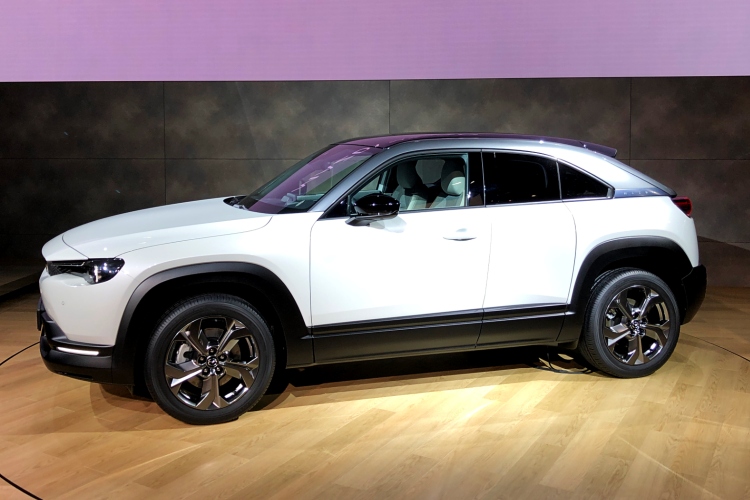 HOW MUCH WILL IT COST?

A Hyundai Kona Electric in Europe is similarly priced.

It’s too early to say when the car will reach Singapore. But official agent Eurokars will definitely bring it in.

Tokyo Motor Show 2019: 7 things to check out besides new cars