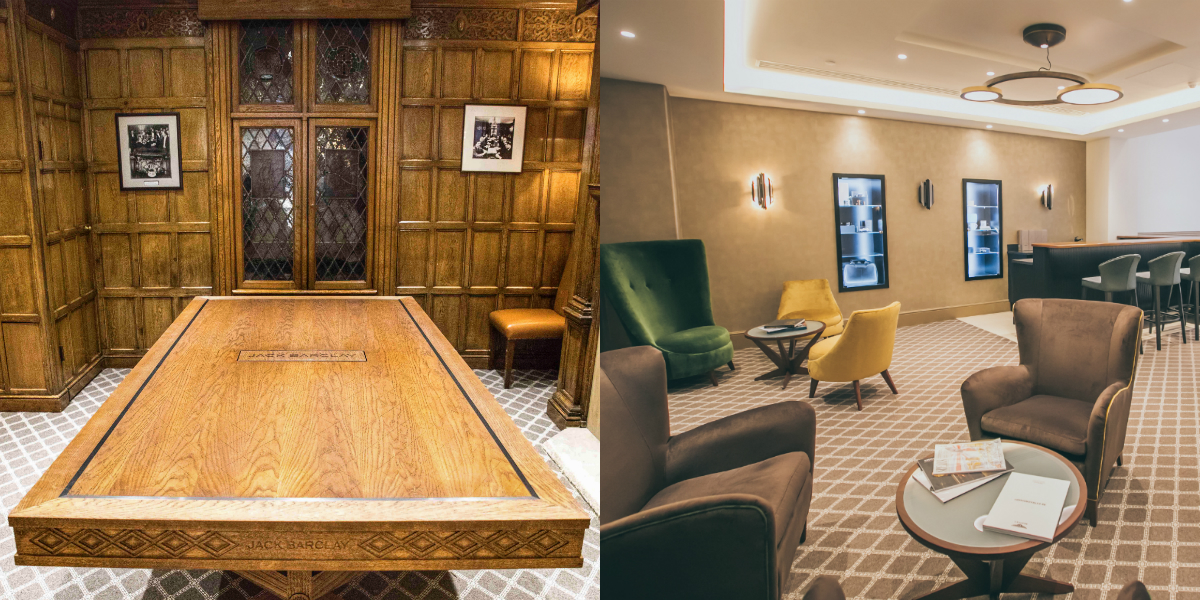 The luxurious new hand-crafted oak table, incorporating a number of bespoke Bentley touches, is a crucial part of a multi-million-pound renovation of Jack Barclay, embarking on a new era for the 91-year-old dealership.

Jack Barclay Bentley, the world’s oldest Bentley dealership, has opened the latest chapter in its 91-year history with a bespoke, hand-crafted boardroom table. The original table, used by Jack Barclay himself and a number of the Bentley Boys, went missing some years ago.

Following a multi-million-pound renovation of Jack Barclay Bentley earlier this year, the new boardroom table is the perfect finishing touch. While many of the showroom’s original features were kept during the renovation, including the art deco signage, chequerboard floor and boardroom’s wood panelling, Jack Barclay Bentley took the opportunity to begin a new tradition by commissioning a new piece of furniture for the next 91 years of history with Bentley.

Unveiled during the latest iteration of the PAD London exhibition, the new stained-oak table was designed by St James Interiors, and came as part of a collection of new interior pieces specially hand-crafted for Jack Barclay.

The boardroom table incorporates a few subtle but significant details, giving a nod to Jack Barclay Bentley. Its sturdy oak legs form a symbolic Union Jack, celebrating the great British heritage of the dealership. Its surface is also engraved with the diamond-pattern famously found on Bentley grilles, with the famous Jack Barclay logo carved into the centre of its thick, polished top.

Ken Choo, CEO of H.R. Owen, Britain’s leading luxury motor dealer group, said: “When we renovated Jack Barclay Bentley, we ensured that we kept many of the original features intact. As the world’s largest and oldest Bentley dealership, it holds a very special place in the hearts of Bentley enthusiasts throughout the world, so it was important that we retain its character. But we’re also a forward-thinking business, creating history of our own, and we want this new boardroom table to be a crucial part of the Jack Barclay story for many years to come.”