Bosch and Pagani test Huayra BC in the Arctic Circle | Torque
Loading posts...
0

Jorge Jauregui opens a garage door at Bosch’s winter test centre in Arjeplog, located in the north of Sweden. His warm breath condenses into wisps of fog. The thermometer reads minus 20 degrees C.

He is a development engineer and has taken out vehicles a countless number of times on the icy and snowy roadways here, analysing measurement data and optimising system calibrations.

But today is special: the hypercar behind the garage door will be driven on a test track just a few kilometres south of the Arctic Circle for the first time.

The Pagani Huayra BC boasts 12 cylinders and more than 750bhp. Bosch makes its anti-lock braking system, traction control system, and electronic stability programme. Viewed from the outside, these electronic guardian angels watching over this lightweight wonder are no different from the components found in millions of other vehicles on the road all over the world.

But the software in this application was tailored for Pagani’s small production run, using a unique configuration of the software in each of the only 20 vehicles produced and five prototypes. The behaviour of the systems can be adjusted for one of five stages, ranging from comfort to maximum dynamic handling.

This type of precision engineering work is the task of Jauregui and his colleagues, who will be stationed at the test centre in Sweden with one of the prototypes for two weeks. Although they have already subjected a number of vehicles to extreme testing under winter weather conditions as a part of these “winter tests”, this time things are different.

As Jauregui says, with a gleam in his eye: “Getting more than 750bhp under control on the snow is a special challenge, even for me. It’s not something I do every day.” 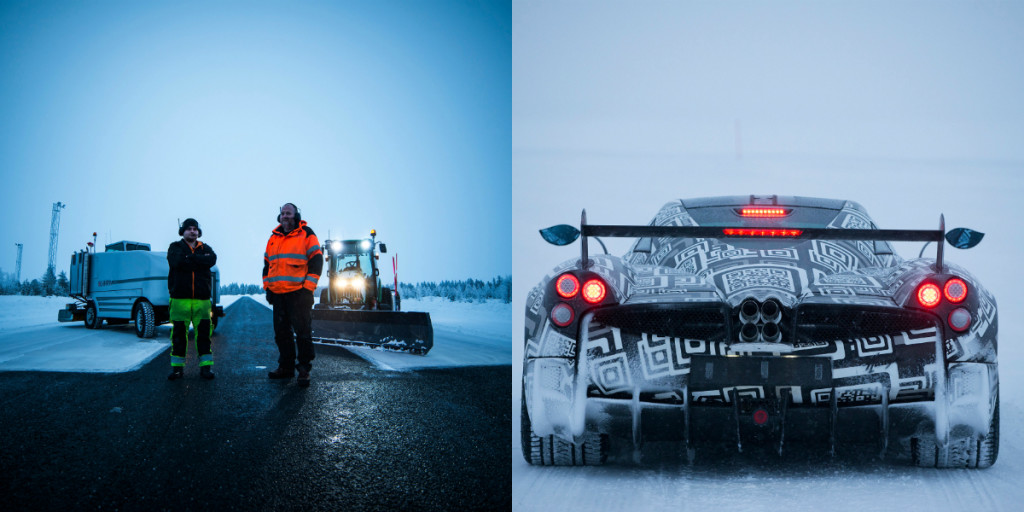 For Jauregui and his colleagues, the days in northern Sweden begin early while it is still dark outside. Although sunrise is still a few hours away, large floodlights already illuminate the various road course modules both over land and over parts of the huge frozen lake.

Jauregui’s most important ally in this task is Jakob Hellkvist, who is an “icemaker”. Working morning, noon and night, his job is to prepare the road courses, making sure that the driving surface conditions on land and on the lake are always the same.

Several times a day, he sprays the roadways and course modules with water and then smooths them out, after which he will use specialised equipment to give the ice surfaces exactly the right amount of friction. All of this ensures that even the smallest changes in handling behaviour can be analysed following software adjustments, and that these changes are not the result of variations in driving surface conditions.

Jauregui’s laptop is mounted above the centre console of the vehicle. After every test drive, he checks the measurement values, stores data, enters new command combinations into the computer, and then starts driving again. He will keep doing so until this symbiosis of safety and performance of Pagani’s Huayra BC is perfect, even on ice and snow. 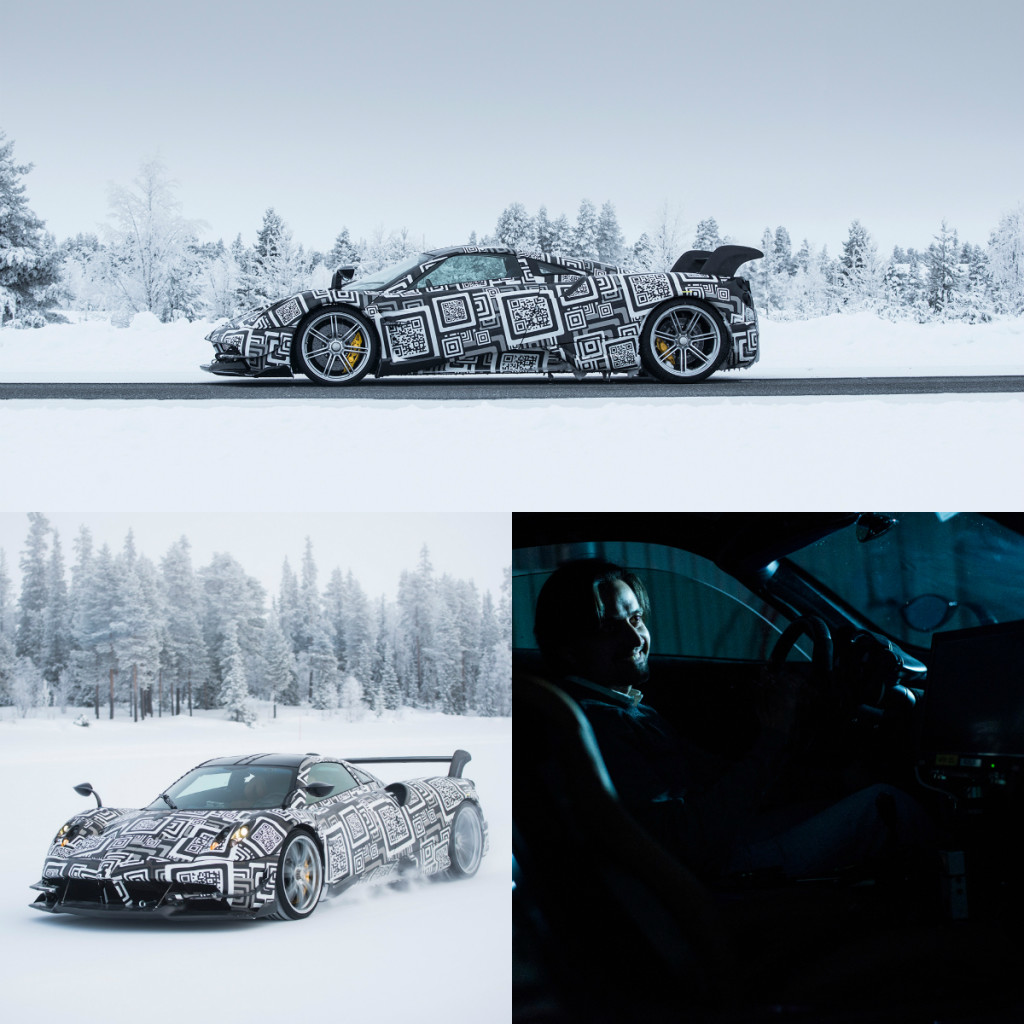 Our editor once did a test drive in icy Iceland.

We played in Swedish snow before, in Porsche Cayennes.