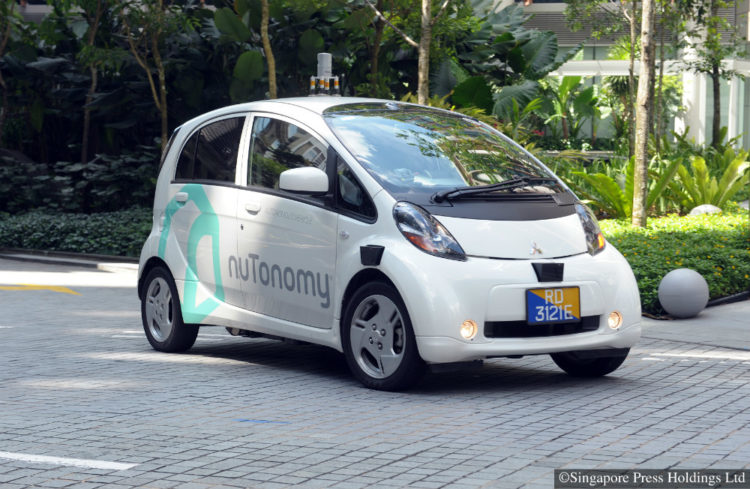 As the country careens towards the reality of driverless cars on the roads, it is time we discuss an important ethics question that has been ignored for too long: Will robot drivers survive contact with Singaporean road users?

This past week, the Government unveiled plans for robot buses to operate in three towns by 2022. That means, in just about four years, we are going to have cold, calculating robot drivers sharing our roads with human Singaporeans.

The mere thought of it gives me grave concern… for the robots.

Now I know some people might think that I’m some kind of weird robot lover who has things the wrong way around.

“Shouldn’t you be more worried about robots on our roads with the potential to kill us”, you are no doubt saying.

And indeed, if one were to Google driverless vehicles, one would find many articles where the primary concern is how these machines are going to deal with ethical problems.

One famous example frequently brought up involves a modern-day version of the thought experiment known as the trolley problem.

Imagine one day you are in a driverless vehicle going along your merry way when the brakes suddenly malfunction. You and the car are now heading straight for a group of school children crossing the street. The car could swerve to miss them but it would then plunge off a cliff, invariably killing you.

How should the car solve this problem? Would it be able to make the same moral calculations that a human can?

And could we ever be satisfied with either solution given that a machine has made a decision about who should live and who should die?

These are important philosophical problems that I’m sure will ultimately require several billions dollars worth of legal fees to resolve. But I find myself not entirely absorbed by them.

For one thing, I believe instances where a machine would have to make this kind of decision will be incredibly rare – so much so that I think the number of lives lost in this manner would be infinitesimal compared to the number of lives saved by drivers that never get drunk, never fall asleep, always stick to their lanes, always observe the speed limit, do not check WhatsApp messages while driving and would never decide it’s a good idea to eat durians in the car while chucking the husk and seed out of the window (true story).

However, I believe we may never get to the point where driverless cars can have this sort of positive impact if they are allowed to operate under real-world, everyday Singaporean road conditions.

We have to go from zero to 100 percent driverless vehicles at once or I fear the project will be snuffed out before it has had a chance to work.

Why do I say that?

I mean, ask any driver/pedestrian/cyclist and they’ll tell you: Road users here can be real %!#@$.

Mix robot drivers with humans and there will be only two possible outcomes:
1) Passengers in driverless cars take forever to get anywhere.
2) Driverless cars become some of the most competitive, hyper-aggressive robots known to man – possibly heralding the dawn of the robot apocalypse.

Let’s start with the first possibility. Given my understanding of how driverless cars are programmed, they will be the most polite, rule-observing, obliging cars on the road.

The rest of human road users would thus instantly detect this weakness and exploit it. A passenger hoping to ride a driverless car to work during rush hour would find his ride being constantly cut off by human drivers who fail to signal.

The driverless vehicle will end up immobilised in the middle of the PIE, unable to move forward because its human cousins are always cutting into its lane. And it can’t change lanes because human drivers consider giving way the equivalent of getting an involuntary lobotomy.

And these are just your more run-of-the-mill Singaporean road users. God knows how the driverless car will deal with that guy who reverses into you and then accuses you of driving into him; or that guy who does not understand the concept of a yellow box and insists on stopping in it even if it means blocking traffic.

What about that guy who rides an e-scooter on the expressway believing it’s a motorbike; or that guy who rides his $10,000 racing bicycle in the middle of the road because he believes that his legs can propel him at the same speed as a two-litre turbo engine.

Then there is that pedestrian who leaps on the car hood feigning injury in the hopes of getting some kind of payout; that guy who plays the braking game; and whatever other genius way of using the road somebody will eventually come up with.

I am sure any driverless car will malfunction within minutes of exposure to real Singapore road conditions.

Of course, they don’t have to be programmed this way. They are, after all, artificially intelligent machines that can learn and adapt over time.

That’s where I fear the second scenario – one where driverless cars essentially learn how to drive on Singapore roads. These robots will then be able to anticipate, counteract and beat road users at their own game.

The Singaporean driverless car, would become – in essence – an uber kiasu driver (as opposed to a kiasu Uber driver).

Imagine having to confront an army of focused, tireless, unrelenting Singaporean drivers.

There will be only one way to stop them: ERP.