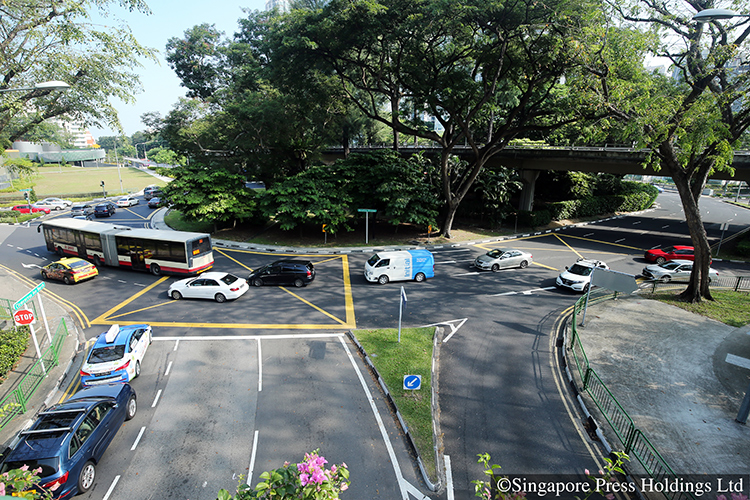 A new U-turn designed to reduce traffic going into Newton Circus has opened.

The U-turn is for traffic on Bukit Timah Road heading towards Woodlands to change direction and go towards the city.

The U-turn was mentioned in February 2019 in Parliament by Transport Minister Khaw Boon Wan.

Answering questions from MP Melvin Yong about accidents at Newton Circus, Mr Khaw said improvement works were planned, one of which was for “U-turn facilities at approaching roads to reduce the number of vehicles using the roundabout”.

The Land Transport Authority (LTA) had considered building an underpass and flyover to improve flow at Newton Circus, often a bottleneck between major roads.

Mr Yong shared the news of the U-turn on Facebook yesterday.

“A new vehicular U-turn, located underneath the existing Newton Flyover, has been completed and it will be opened to the public with effect from 6am on July 28, 2019 (Sunday),” he wrote.

Observers said the new U-turn could itself cause congestion, as vehicles turning back will form a tailback on one lane, impeding access to the roundabout.

As the U-turn is sited close to the circus, motorists may still opt to use the roundabout to turn back. In this case, it may not be feasible to build the U-turn farther from the circus as a ramp for a viaduct is in the way.

In response to queries, the LTA said the U-turn at Newton Circus was part of a road improvement contract awarded to Megastone Holdings.