Cars in Singapore aren't the main cause of air pollution | Torque
Loading posts...
0 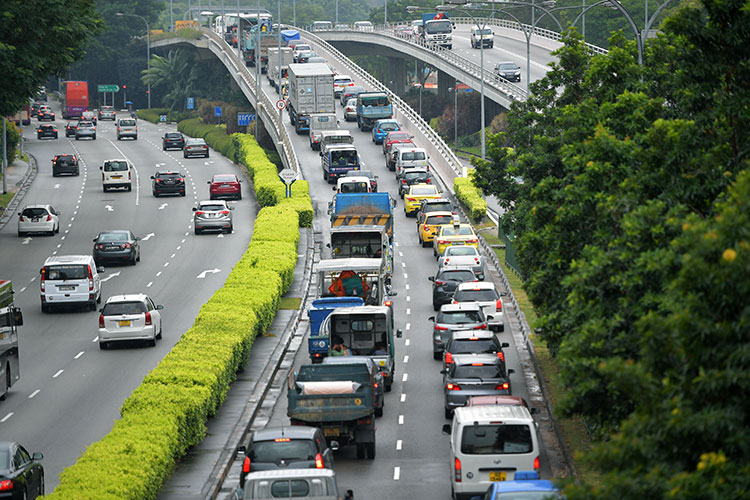 This is despite the Intergovernmental Panel on Climate Change, in its report in early-October, mentioning Singapore as a city – alongside Stockholm and London – where vehicle policies had facilitated behavioural change and cut greenhouse gas emissions.

While credit must be given to schemes such as the Vehicle Quota System and Electronic Road Pricing – which have curbed car use and pushed more people towards public transport – other schemes to reduce air pollution have failed to attain their full potential.

Because of that, and because efforts to tackle non-vehicular sources of air pollution lack bite, Singapore’s air quality remains less than desirable.

Singapore was also flagged as a city with among the highest levels of PM2.5, which is especially detrimental to health. Air quality has also begun to surface as an issue affecting Singapore’s competitiveness.

Last year, consulting group ECA International ranked Singapore as the most liveable city for Asian expatriates for the 18th year, but noted that the Republic’s lead had narrowed because of worsening air pollution.

There are a number of reasons why we are failing to excel on this front.

The implementation of Euro IV emission standard in 2006 may well be the first in recent times.

The industry was not ready for Euro IV, as the Japanese brands – which made up the bulk of diesel commercial vehicles – did not have models that were Euro IV-compliant then.

So, when the standard was pushed through nonetheless, it resulted in commercial vehicle COE crashing.

This triggered a flood of COE revalidation by owners of old soot-spewing diesel trucks, vans and buses. These vehicles remained on the road for another 10 years.

Separately, for Euro IV diesel vehicles to be adequately clean, they should rightly be fitted with exhaust particulate filters.

This filter was not mandatory here. Hence we soon began to see diesel-powered Euro IV models – even those by reputable European brands – emitting black smoke.

Fuel quality is another reason for air pollution. For cleaner diesel vehicles to work optimally, they must be fed high-quality, low-sulphur fuels.

Instead, standards for fuels here have long lagged behind standards for vehicles. At the same time, there is little to prevent fleet owners from filling up with fuels supplied at unregulated “white pumps”.

Diesel at these pumps do not necessarily comply with the standards set for pumps operated by oil companies.

Yet another reason lies with our failure with compressed natural gas (CNG). Although far from perfect, CNG vehicles could well have been a viable alternative to the older, dirtier diesel fleet.

Bangkok’s dramatic improvement in reducing air pollution in recent years has been attributed to its widespread adoption of CNG.

Singapore’s conversion was short–lived because of various reasons, including a failure to roll out a network of CNG pipes and the lack of regulatory oversight for vehicles undergoing CNG conversion. 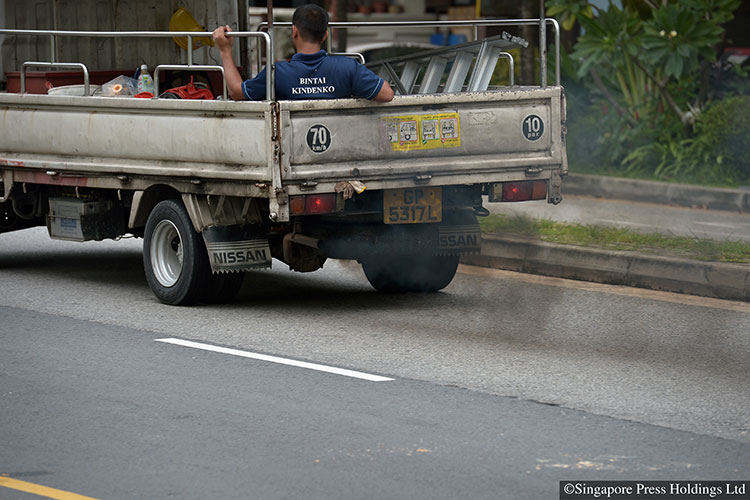 VES wasn’t extended to commercial vehicles – the main users of diesel, and the main culprits when it comes to spewing black soot.

After Volkswagen’s “Dieselgate” blew up, the government rolled out the Vehicular Emissions Scheme. The scheme meted out tax rebates and surcharges according to five pollutants a car emits.

It emphasised low levels of particulate matter and nitrogen oxides – two pollutants which diesel vehicles tend to produce more of.

Better late than never. But this policy was not extended to commercial vehicles – the main users of diesel, and the main culprits when it comes to spewing black soot.

Just as bad, regulators allow car importers and dealers to retest their vehicles here for any one pollutant. And there is no limit to the number of times they can retest. This makes a mockery of the VES, as well as the other manufacturers that do not subject their vehicles to retesting.

Not only is retesting wrong in principle, it fails to recognise that if a vehicle is tweaked to produce a lower reading for one pollutant, its other pollutant levels are likely to be change.

Failure (or refusal) to take this into account makes us a laughing stock on the international stage.

Another testing methodology which lacks rigour is the periodic vehicle testing.

Torque understands diesel fleet owners are able to game the system by filling up with biodiesel – a far cleaner but costlier alternative to regular diesel – the day before testing.

Doing so results in favourable test scores. But as soon as they leave the test centres, the vehicles revert to using fuels sold at “white pumps”.

Eventually, all other countries will adopt WLTP.

In Singapore, European brands which bring in cars with WLTP emission numbers will naturally be disadvantaged because non-European makes are still using numbers derived from various other less stringent methods.

To level the playing field, and to encourage the quick conversion to WLTP, Singapore should rightly reconfigure its VES to reflect the more stringent standards spelt out in the new global programme. Doing so will reduce air pollution here.

But more than that, tackling the biggest polluters should go on overdrive.

According to the National Environment Agency, oil refineries here account for 93.1% of sulphur dioxide, a major precursor to fine particulate matter.

But because vehicles operate mainly where we live, work and play, tailpipe emissions and air pollution have a direct and serious impact on our health.

We should act urgently and intelligently if we do not want to repeat the many missteps highlighted above.

Dollars and sense of the new Vehicular Emissions Scheme (VES)