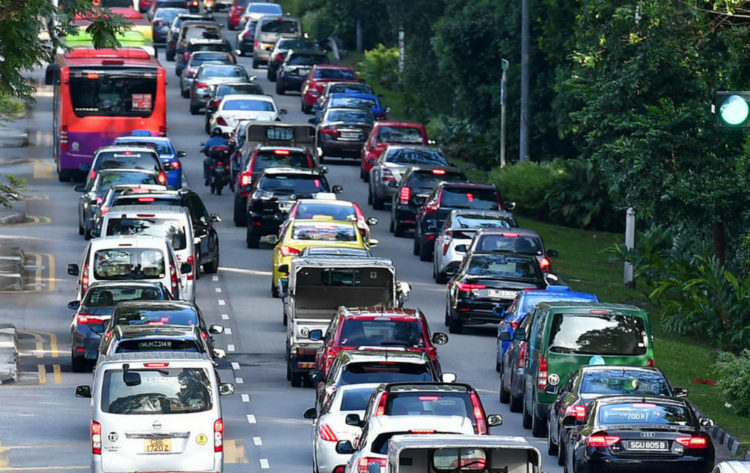 Despite decades of trying, Singapore fails to meet World Health Organisation guidelines on the level of several air pollutants that are dangerous to health. The VES aims to tackle the problem by nudging consumers towards buying cleaner vehicle models.

The Government announced a number of measures last week to tighten vehicular emission regulations. The new Vehicular Emissions Scheme, for instance, spells out limits on tailpipe pollutants such as nitrogen oxides and particulate matter. Stricter vehicle inspection standards will also be rolled out.

Why is Singapore adopting these measures, and what implications will there be for consumers and the industry? Senior Transport Correspondent Christopher Tan presents a Q&A to address these questions, and more.

By January next year, all new cars, vans, trucks and buses will have to meet the most stringent Euro 6 emission standard. Why is there a need for additional measures such as the Vehicular Emissions Scheme (VES)?
Euro 6 sets out the minimum standards which a vehicle has to meet before it can be registered here. The VES nudges consumers towards buying even cleaner models, and retailers towards importing such models.

Then why is the VES not extended to commercial vehicles and motorcycles?
Yes, it should be. Having a VES for all vehicles would contribute more effectively to cleaner air. Policymakers, however, are always mindful of business cost implications and how higher costs would trickle down to consumers.

Why do the new measures seem targeted at diesel cars?
Despite decades of trying, Singapore fails to meet World Health Organisation guidelines on the amount of particulate matter, sulphur dioxide and ground-level ozone in the air. These pollutants aggravate many serious health problems, including respiratory and heart diseases, strokes and even cancer.

Industry and diesel vehicles are two main contributors to these pollutant levels. That said, petrol cars will be similarly judged based on their worst-performing pollutant level out of the five stipulated.

But why diesel cars? There are a lot more diesel commercial vehicles here, and they clock far greater distances than cars.
The population of diesel passenger cars here has grown by nearly 30 times from 2011 to last year – a span of just five years. As at Jan 31 this year, their population stands at 10,888, having overtaken petrol-electric hybrids, which have been here for two decades.

Even in Europe, policymakers are questioning diesel-friendly policies. A number of cities aim now to ban diesel cars by 2030. But they face a daunting task as diesel cars make up as much as 60 percent of new car sales there.

In 2015, Volkswagen was caught for cheating on emissions standards by programming diesel engines to activate certain controls only during laboratory testing. With that scandal as a catalyst, Singapore is nipping the problem in the bud.

If diesel is so bad, why did Europe promote it?
Carbon dioxide has long been flagged as one of the main contributors to global warming. Diesel engines produce less CO2 than their petrol equivalents. Legislators saw diesel as a good way of reducing vehicular CO2 emission by as much as 30 per cent instantly. They were also convinced that newer technologies would render diesel engines almost as clean as petrol equivalents. Other countries, including Singapore, were less convinced.

So, is carbon dioxide no longer a concern?
It still is. The VES, for instance, is designed to encourage small and efficient powertrains, including alternatives such as electric motors. And these engines are on a par with diesel engines – which tend to be bigger – when it comes to CO2 emission.

What is the Government doing about other polluters, such as commercial vehicles, oil refineries, ships and construction sites?
The Government says steps are being taken to curb emissions from non-automotive polluters too. The planned carbon tax, to be rolled out from 2019, is one such step.

Why are the VES standards so stringent? Which models will qualify for rebate?
Singapore has generally been good at rolling out new regulations in a gradual manner. The Carbon-based Emissions Vehicle Scheme – the VES’ predecessor – was rather generous when it was introduced in 2013. About two-thirds of cars sold then fell within its neutral band.

It was made stricter in 2015, before evolving into its latest form. Singapore is not alone in raising such standards. Japan announced plans recently to make it harder for cars to qualify for tax breaks. Cars there would soon have to be able to cover at least 20km a litre to qualify – up from 17km now.

In Singapore, only electric cars are likely to qualify for the $20,000 rebate now, and small hybrids qualify for $10,000. Manufacturers, however, are likely to come up with cleaner variants by January next year.

The new standards may be stringent for new cars, but what is Singapore doing about its current vehicle population?
Regulations are seldom retrospective here, so the new VES will not affect cars that are already on the road today. But the Government is taking steps to ensure that these vehicles do not pollute more. Stricter vehicle inspection standards will affect petrol cars and motorbikes from April next year.

Last month, a 10-cent duty was introduced at diesel pumps to encourage more responsible use. And from August, a scheme to encourage owners to replace old, pollutive diesel commercial vehicles with Euro 6 versions will be enhanced.

Will parallel-imported cars be granted a 0.92 factor that, in effect, gives them a discount on their emissions?
The so-called evolution coefficient factor applies only to CO2 – not the other four pollutants. So, it is unlikely to influence the banding of parallel imported cars when the VES kicks in next year.