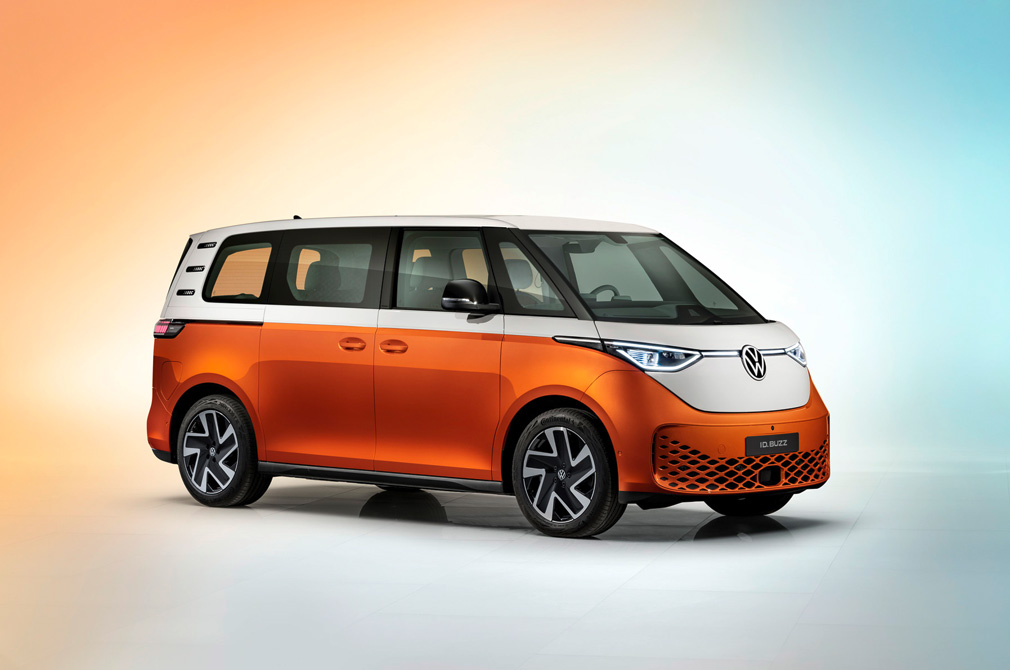 After so many concepts and years in waiting, Volkswagen has finally revealed a new microbus.

Enter, the Volkswagen ID.Buzz. The car you see in the photos above, is the ID.Buzz in production-ready form. And as you might have guessed from its name, this people-carrier comes purely as a battery-electric vehicle.

But first, a quick tour of its deliciously retro looks. Volkswagen states that the ID.Buzz has been designed to take the design DNA of the original T1 into the electric age.

What this translates to on the ID.Buzz is a highly recognisable form, thanks to that V-shaped front panel and large Volkswagen logo in the centre.

To complete the look, Volkswagen says that the two-tone exterior paint will be available as an option. As if anyone can resist ticking that box. 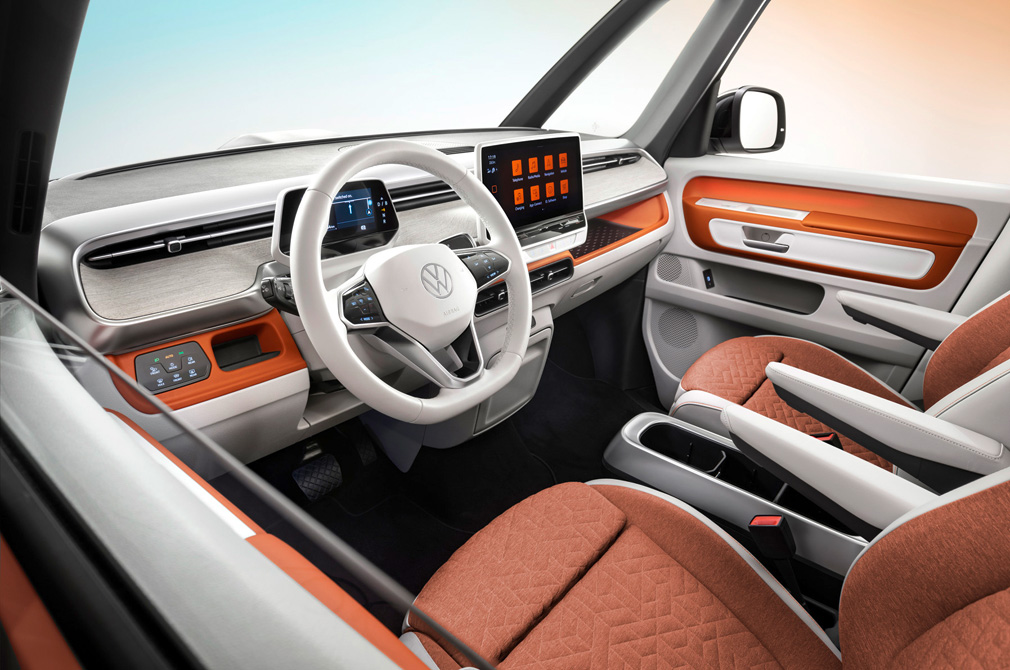 You can choose between seven single-colour or four two-colour schemes for the cabin.

And the design isn’t the only thing that takes after the original microbus in the ID.Buzz.

Underneath, the ID.Buzz is also a rear-wheel-drive vehicle, just like the T1. Based on the firm’s MEB platform, the ID.Buzz also sports its battery pack low in the chassis so you get a lowered centre of gravity (just like the flat-4 that did duty in the T1).

Having the front wheels free of any drive shafts also mean the Volkswagen ID.Buzz sports a 11.1m turning circle, which is impressive considering the car’s 2988mm wheelbase.

That should come handy when driving through tight city streets, or any crowded Woodstock-like campsite.

With a total length of 4712mm, a height of 1,938mm and a width of 1985mm, you’ll also be find plenty of interior room in the ID.Buzz. Volkswagen says that the ID.Buzz offers a total of 1121 litres of cargo space with all its five seats up. Fold the rear bench down and the volume swells up to 2205 litres. 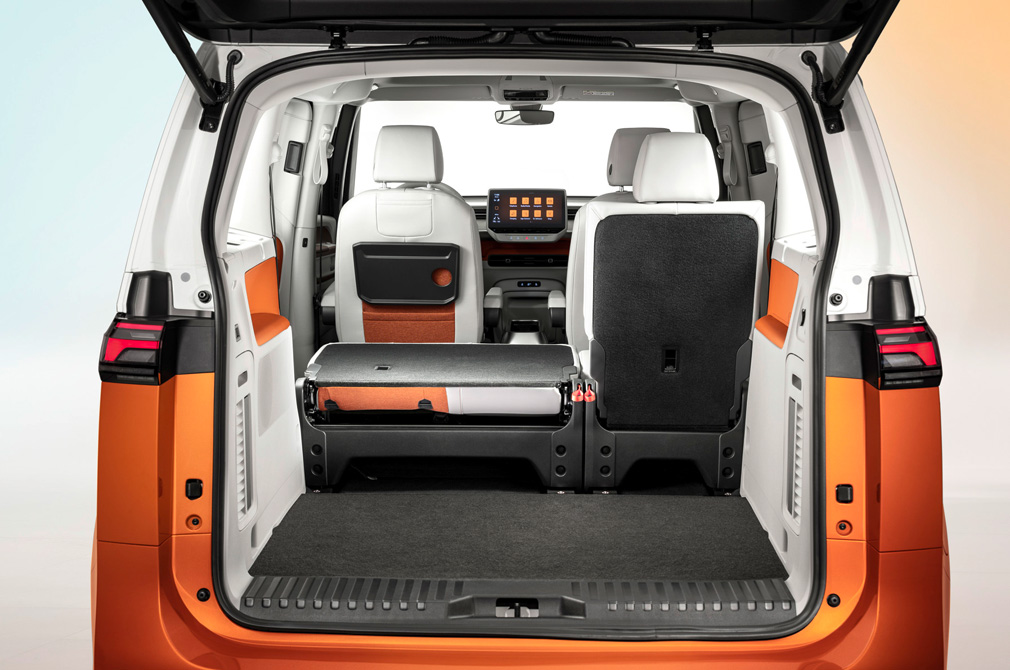 1211-litre cargo space should prove handy for driving holidays and the like.

And if you need more space still, Volkswagen is also making the microbus available as a commercial variant. Called the ID.Buzz Cargo, this variant sports a 3900-litre cargo space aft of a partition behind the front seats.

Up front, a lounge-like cabin is promised for the Volkswagen ID.Buzz, with extensive use of high-quality recycled materials alongside the option to have the interior ambient lighting offer up to 30 colours.

Seven single-colour options and four two-tone colour schemes will be offered, applied to the seat cushions, dash panel and door trim of the ID.Buzz.

The microbus is animated by a 77kWh (net capacity) battery. Charging can be done at up to 11kW via an alternating current supply or 170kW via a direct current one.

The ID.Buzz and ID.Buzz Cargo will be launched in select European markets in the third quarter of 2022.

Can’t wait? Then get your hands on this LEGO model of the Volkswagen T2 microbus!
And speaking of all-electric retro revivals, catch our review of the MINI Electric here!