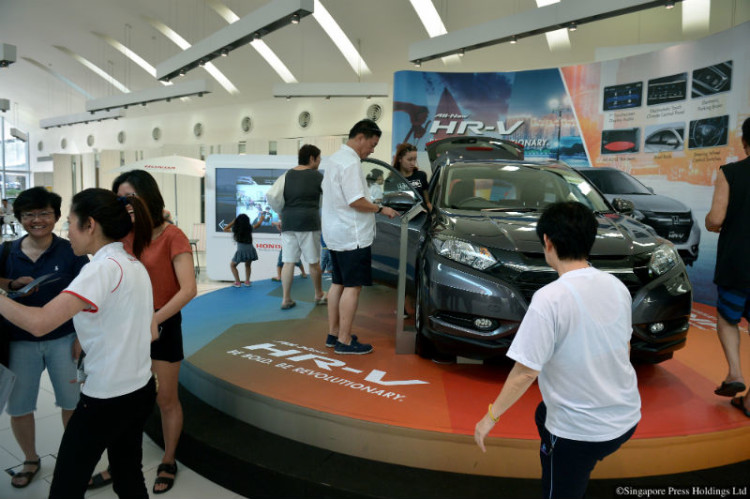 Instead, the Monetary Authority of Singapore (MAS) relaxed the loan curbs as they have achieved their objective of reducing inflation, he said.

Speaking on the sidelines of the Car-Free Sunday event, Mr Wong said the loan restrictions were introduced in February 2013 to put a lid on inflation.

“At that time, inflation was high and a big contributor to that high inflation was the certificate of entitlement (COE). So we took measures to address it,” he said.

“We are now not in a high inflation phase. We are in a negative inflation phase of our economy, so it is right that, given that the objective has been achieved, the MAS started to review and update the scheme,” said the minister, who is also a MAS board member.

“It does not detract from our overall objective, which is to continue with a car-lite vision,” he added.

The MAS made a surprise announcement last month to ease car loan curbs, allowing buyers to borrow up to 70 percent of the purchase price and repay the loan within seven years, up from 60 percent and five years previously.

This has caused a surge in demand for new cars, with COE premiums for cars rising by as much as 17 percent this month. Premiums across all car categories after the latest tender are at their highest this year.

Mr Wong acknowledged that easing loan curbs has led to a higher demand for cars. “Initially, it may have some impact on demand but, over time, this is the right level of sustainable financing for cars,” he said.

However, he also noted that the car loan rules have not gone back to the days of liberal financing.

The MAS deregulated car loans in January 2003, and car buyers could take loans amounting to 100 percent of purchase prices – meaning zero down payment – and stretch these loans for as long as 10 years.

Loan curbs were then imposed in February 2013.

Last month’s easing brought car loan rules to the level before January 2003, where loans were limited to 70 percent of a vehicle’s purchase price, with repayment over a period no longer than seven years.